The great son of the great steppe 12+ 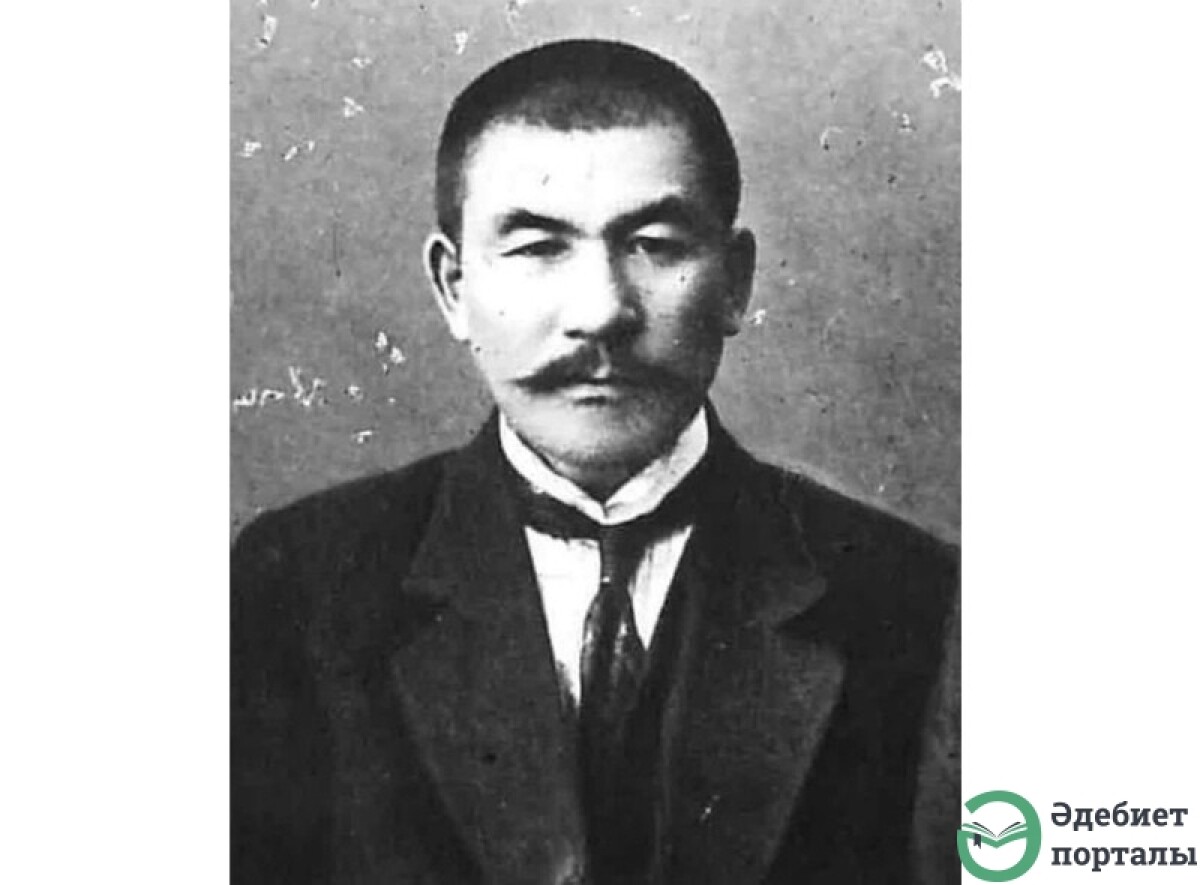 Alikhan Nurmukhameduly Bukeikhan was a prominent public figure and statesman, an initiator and leader of the National Democratic Party “Alash”, the Chairman of the first Kazakh national government “Alash Orda”, a scientist, a talented writer.

He was born on March 5, 1866 in the village number 7 of Toqyraun county of Karkaraly district of Semey (Semipalatinsk) region. It is nowadays territory of Aktogay district of Karaganda region located on the banks of the river Toqyraun.

The Leader of “Alash Orda” was a descendant of Genghis Khan, of his eldest son Jochi.

There is one of the most interesting facts from the life of the leader. He was a member of Masonic lodge. According to Sultan Khan Akkuly, the researcher of “Alash Orda” movement and history of its leader Alikhan Bokeikhan, the director of the Research Institute “Alash” of Eurasian National University wrote that Alikhan Bokeikhan joined the Masonic lodge in St. Petersburg, where it was then known as “North Star”, the name it had held since its creation in October 1906. Later Bokeikhan had the status of “Master” and was the leader of local Masonic lodge in Samara city. He was in the political exile in this city since 1908 until the February Revolution of 1917. In this capacity he received new “Brothers.”

Alikhan Bukeikhan dedicated his entire adult life to the struggle for freedom and political independence of the Kazakh people.

Alikhan took his first lessons from mullah (a Muslim man who has studied Islamic religious law) in Karkaraly city. This kind of primary education was common for all the Kazakh children at those times. But later he chose his own path and transferred to three-graded elementary school. And in this period one unusual event happened.

Once near the school stopped the carriage of Gerasim Alekseivich Kolpakowski, Governor General and Commander of the Zhetysu region, who was riding from Omby. He got out and said: “The distance from Omby to Karkaraly is 760 kilometers. And how many times will the wheel turn around between these distances? If someone gives me right answer I promise to take him with me, put a full state support and arrange for training.” In a sudden from the crowd a boy went out and replied bravely and cleverly. Kolpakowski astonished with accuracy of his answer and asked: “What is your name?” The answer was “Alikhan”.

This meeting and Alikhan`s resourcefulness was a milestone in his own life!

The National idea of “Alash” party was based on 5 principles by Alikhan Bokeikhan. These principles are great and do not lose their meaning till now.

First principle: land, land and land. There is no nation or country without a land or territory. By definition of Alikhan Bokeikhan: “The ancient land of the Kazakhs would not be given to neither private ownership nor to immigrants until the Kazakhs would be able to use fully the ground with the help of science and technology.”

Second principle: all the wealth which is above the land, on the land and under the land first of all should serve for the Kazakh state. Alikhan Bokeikhan said about it: “A lump of Kazakh land should be stuck on the chest of a Kazakh man.”

The third principle: Alikhan Bokeikhan formulated it this way: “A handful of wool produced on the Kazakh land should be worn as clothing on the Kazakh citizens.” It means to achieve full economic independence.

Forth principle: The language, religion and mentality of the titular nation in the Kazakh state should be dominant.

Fifth and final principle: to create a national democratic state based on science, law based on national traditions as a model of Japan.

Alikhan was faithful to these principles to death.

Some true examples from his life.

Once Alikhan Bokeihkan asked a German-born Russian founder of Turkology, a scientific study of Turkic peoples Vasily Vasilievich Radlov to say among the intelligence about that the Kazakh people have no right at all. But Radlov answered that “God provides each nation with its own fate”. At last he said, “You ought to obey, accept it.” After this reply Alikhan turned away his face or went out of the room always when he met Radlov. That`s a character! Because the real scientist must say only the truth every time and everywhere he is. But Alikhan`s expectations didn`t happen.

One of his quotations sounds like: “To serve your nation depends not on your knowledge but on your character.”

When the case investigators who were holding an inquest asked Alikhan Bokeikhan: “Do you know “Alash Orda”? He answered: “Don`t ask me whether I know about “Alash Orda”! I am the Chairman of the Party “Alash” and the Chairman of the Government “Alash Orda”! That is why I am fully responsible for its function. And “Alash Orda” was recognized by the Soviet authorities and Lenin signed the document according to what nobody should be under investigation. Never! But if you say that Lenin died and his government and his decisions went to a history and his signature now has lost its power then there was also Stalin, he signed that document as a third person. It is not yet out of power. If it is so I would take a notification about it. It was a part of our contract. But I did not have any letters about it, especially from Stalin. Otherwise don`t you recognize him? If it is so then give me your statement in a written form. If you are not able to write it that means the contract still has power.”

Alikhan`s sense of patriotism and love for his nation had no limit.

One person named as Toleubay was coming back from Mecca where he made a pilgrimage. During his travel he met Alikhan Bokeikhan near the beach of the Black Sea. As a rule a pilgrim gives alms to beggars. And Toleubay did so too there. Then Alikhan say it and told him: “Why don`t you give your money to poor Kazakh people than these strange ones?!”

Alikhan Bokeikhan was a very bright, nice and kind person. The witnesses – his children and followers said about his qualities in their memories. He had always great influence on the people who dealt with him. He had a strong character. Even when the high-ranked investigators came from Moscow to arrest him had behaved with him very cautiously and carefully. They did not dare to disturb and make angry him in any way. Alikhan`s daughter Liza Bokeikhanova remembered this: “He made a big impact on any person. The strength of his will was very powerful. When the policemen came into our house and opened the door in a sudden and rude way, he even did not demonstrate any hesitation and calmly said: “Liza, put the kettle to drink tea. The guests have come. These are cultural people. They do not ignore the tradition”. And they said any word and kept silent. Using this pause my father asked: “Excuse me, can I call by phone?” They agreed. He dialed the number and when our neighbor, the famous Soviet scientist took the receiver, Daddy said: “Vasya! I am going to a long trip. I entrust my Liza to you.” After it he looked at me and said: “Liza! Do not run any place of authorities. You would only waste your time. Every attempt will go in vain. This is “a one-way trip.” He said all these words remaining very calm. The investigators also listened to him but did not dare to say a word. I was very surprised to their behavior at that time. My father`s great prestige could not give them an opportunity to show rude action.

Truly all the people who saw and communicated with him had admitted his authority over them. “We cannot talk to Bokeikhan freely. His influence is very big and he speaks allegorically,” – they affirmed.

Alikhan Bokeikhan shared his secrets with a little number of people. He said: “I can talk openly about the affairs of the nation only to Baitursynov, Dulatov”.

Alikhan Bokeikhan was very gentle, emotional and sentimental. The remembrance of his daughter Liza followed: “He grieved very much when my husband Smaghul was gone. He took his body from morgue and provided the medical test. The diagnosis was as “industrial poisoning”. His body was burnt in crematorium. This hurt his soul a lot”.

Here is one example about his humanness.

In 1925 the world ethnographical concert was organizing in Paris. It was decided that the great Kazakh singer of classical music Amire Qashaubayuly would take part in it. According to it Alikhan wrote a letter with an angrily style to Akhmet Baitursunuly. The content was like: “Amire Qashaubaiuly was going to be sent to Paris. But he does not know any word from the text of a song. He says strange, unclear lines. It is impossible to understand. I took him to special place for singing. But I was very ashamed of him when he sang. There is no meaning at all in his texts. He ought to learn by heart even if one text. Also he wears as a Russian bourgeois. Is it hard to dress him as properly? After it all the organizers including Alikhan made Amire to learn by heart all the words of the songs, and recorded in a special sound studio, provided him new, styled dresses and sent to Paris. If not Alikhan, now can we hear the golden voice of the great singer Amire?!

Unfortunately, the Great Son of the Great Steppes could not enjoy life. He spent a long period of his lifetime in prisons and exiles.

The Military Board of the Supreme Court of the USSR sentenced Alikhan Bokeihan to death by firing squad. The last words of Son of the Steppes were as follows: "I did not like the Soviet regime, but I confessed!" The sentence was carried out on September 27, 1937.

The Kazakh famous historian Mambet Koigeldiev said: “Alikhan Bokeikhan is the great leader for the Kazakh people as Mahatma Gandhi is for India, as Simon Bolivar is for Latin America, Ataturk is for Turkey.”

I think all the Kazakh people agree with these words of the historian!

So at the end of the small article I tried to translate some quotations of Alikhan Bokeikhan from Kazakh into English. Here are:

“Europe cannot get rid of savagery no matter how much it boasted of its culture, because its culture is only in its art.”

“Laws are written in favor of the human being; a person is not born for the law indeed.”

“Judges must be honest and authorities should be fair.”

“The only way to freedom is national unity only.”

“Life without dispute and struggle would become a prison.”