Home LITERARY PROCESS ESSAY The image of the mother in the works of the famous... 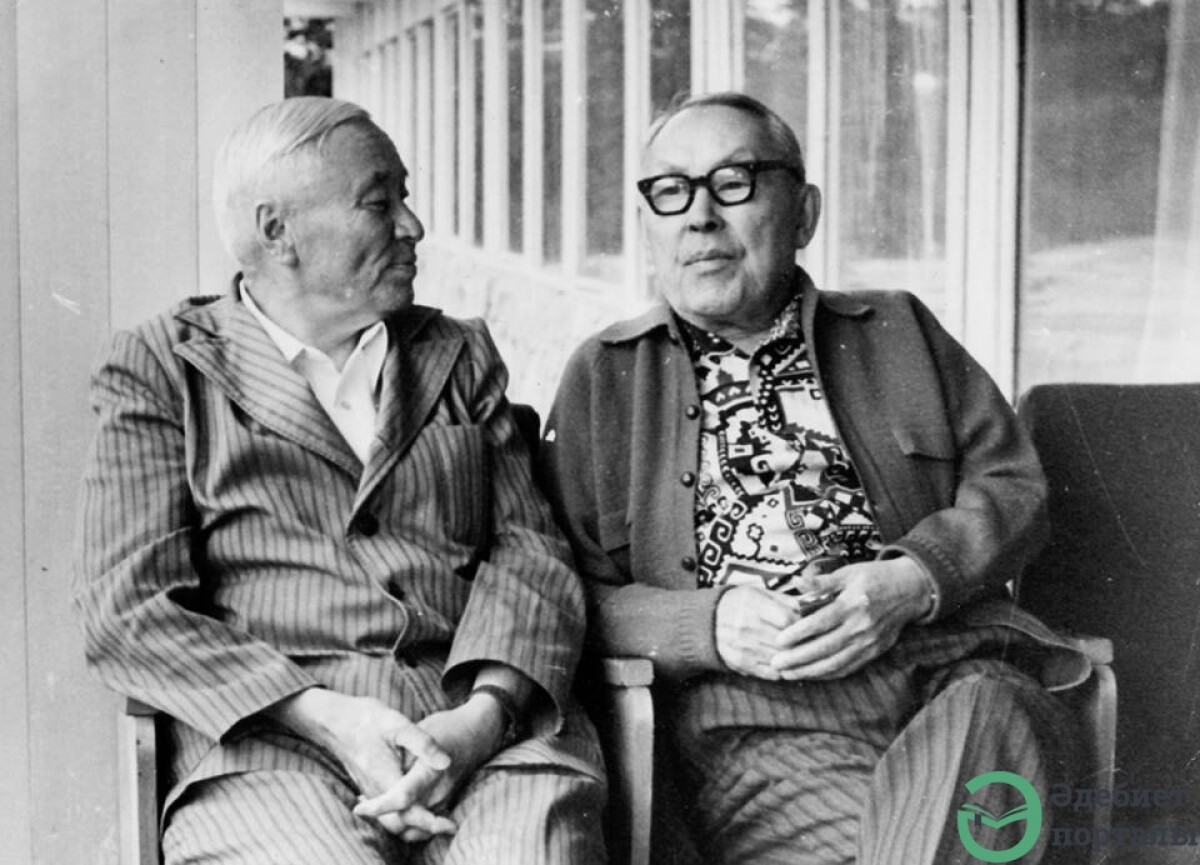 A significant place in a creation work of Gabit Musrepov is given to stories about a Mother, written by him in different years. He created strong, romantic images, sang a great power of a Mother’s love.

In 1933, the young writer translated into Qazaq language the stories of Russian writer Maxim Gorky ‘The Birth of a Man’ and ‘Tales of Italy’. Preserving the romanticism of style, as a translator Gabit Musrepov emphasized some psychological points. He also changed some of the titles of the works of Maxim Gorky. Instead of ‘The Birth of a Man’, the reader received ‘The Mother of Mothers’. The sacred feeling of motherhood took a central place in translation, whereas in the original the attention was focused on the birth of a person. Gabit Musrepov liked the romantic pathos of the young Maxim Gorky. His words about the all-conquering Mother’s love echoes the popular, well-known to Gabit Musrepov an idea of the greatness of the Mother.

Proud and courageous women-heroines of the works of Gabit Musrepov are capable of great deeds. People bow their heads before them. A Mother in his works is an expression of a clear and alive conscience, a willingness to endure any trials in the name of the life of her children.

In the story ‘The Mother’s Wrath’ a mother named Kapia stood up for her son, who was sent to work in the rear. She went through all possible torment and humiliation to save her only son. At last in her burning anger she kills the district governor.

‘Who am I? A Slave ... Who are they? They are noble people ... They do what they want. Should I during all my life to endure the mockery? Am I a human-being or a dog? And suddenly she saw: a young man brought a big plate with a Qazaq traditional dish ‘besbarmak’ into a ‘yurt’ (a traditional Qazaq house). Above of the besbarmak lay a lamb head and on the edge of the plate was a sharp knife ... And I don’t know how it happened. I made a clutch at a knife, ran into the yurt. I came up directly to the district governor, who was lying on the pillows. I stabbed him with a knife firstly in the throat and then under the heart. My mental health broke down. I was completely furious’ – the woman was thinking.

And if love of the Mother knows no barriers, then love for the Mother is immeasurable. Even the heavy villain feels qualm of conscience before the Mother.

The cycle of stories of Gabit Musrepov about the Mother, in essence are about humaneness. The writer exalts a person, recalling about his nobility and greatness.

Nagima (the story ‘The courage of the Mother’) is a simple woman from a poor village, she is ready at the cost of her own life to defend a soldier of the Red Army. She sends her son Zhappar to help him, saying: ‘Zhappar, my son. You see, his strength has gone. Take a horse, go to him! Hide him in Uyshek-Zhale (It is a heavily wooded area).’

Antonov, the Head of the White Guards cruelly beates Nagima with a whip for this deed. It is terrible and embarrassing for neighbors to see how an innocent woman is beaten before their eyes.

‘If only it was possible to kill with eyes, Antonov would have been lying in the dust at her feet long ago’ – writes the author. Nagima’s courage faces the ordeal. Antonov beat her with a whip, a saber and a Mauser.

Antonov got tired of beating Nagima with a whip. The woman’s speech to the White Guards is both an accusation and a call to appeal to their own conscience. Nagima says to the White Guards, that they are ‘wolves’. And her voice is heard: none of Antonov’s soldiers dare to raise a hand to replace Antonov in this heinous crime, because it means to raise a hand against a Woman, against a Mother.

Moreover, someone from the detachment could not stand it and cut off Antonov’s head. Confused White Guards still do not know what they will do next, although one thing is clear to them: a person is created to live in peace and harmony.

Inimitable images of Mothers are fanned by poetry. The string of strong personalities, whose life is full of losses and sufferings in the works of Gabit Musrepov, make a strong impression.

In the story ‘The Mother’, a 30-year-old woman, full of courage and determination, in despair rushes after the forty young fellows, who took her daughter by force and hijacked herds of horses.

She does not yield men: she rides a horse perfectly, masterfully controls herds. She is brave and temerarious.

This woman tells the young fellows (in Qazaq language ‘jigits’) a non-fictional story - a story about her life. After it the attackers ‘were ashamed’. They cannot even look at woman’s eyes.

She managed to look deep into heart of every young fellow. She masterfully touches their hearts. She tries to find answers to such questions as: what rules the world?, why is a man miserable?, what is the essence of people’s being on the Earth?, what is happiness?.

In a short dialogue with one of these fellows - the batyr Zhanai, the wise woman opens his eyes on his life: ‘You are a free batyr (‘batyr’ is an honorific term, meaning hero in the Qazaq language) until you reach your village. And there you will lose your freedom and turn into an ordinary club of your bai (‘bai’ means not only a reach person, but also an owner) or biy (‘biy’ means a representative of a Ruling Power, who determines disputes). You are pushed around naming you as a batyr. You are not much more free, than me!’. His eyes opened: a woman is right. And brave batyr gives the woman and her daughter freedom. ‘What a wise woman!’ - says each other Zhanai and a blind Aytiles with sincere admiration.

He was born on March 9 (March 22), 1902, in the village, named at present time Zhanazhol, North Qazaqstan Region.

In 1923-1926 he studied at the workers' faculty in Orenburg, then at the Omsk Agricultural Institute.

Gabit Musrepov started his literary activity in 1925. The first story under a title ‘In the Abyss’, written by him, was published in 1928. The novel was about the events, took place during the Civil War of 1918-1920.

He was a Chairman of the Writers' Union of Qazaqstan.

He was given a title of the People's Writer of Qazaqstan in 1984.

He was granted a title of an Academician of the Academy of Sciences of the Qazaq SSR in 1985.