Home LITERARY PROCESS ESSAY The image of woman in the novel “Ulpan” ...

The image of woman in the novel “Ulpan” 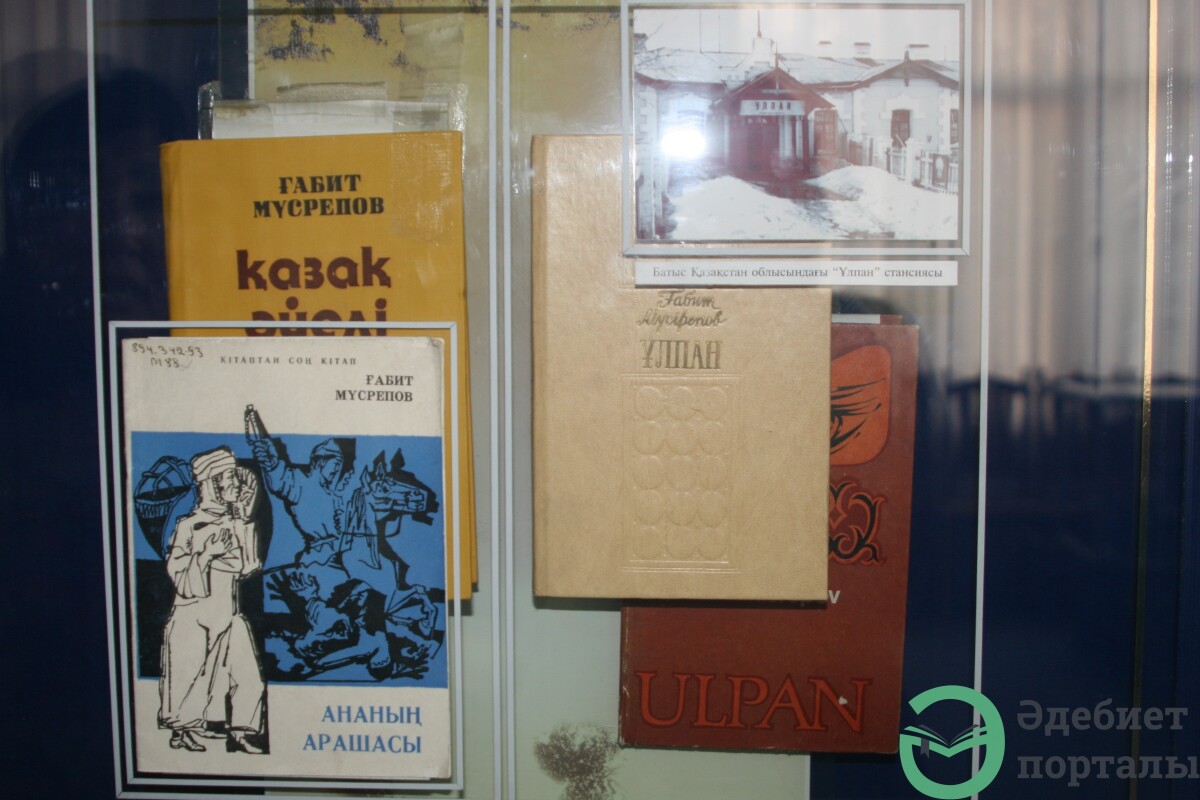 The novel “Ulpan” depicts the events of the 30-70 years of the XIX century in the Kazakh steppe. The work is written by the Kazakh writer Gabit Musrepov and tells about the life of young woman Ulpan. It is worthy to note that the writer paid special attention to the theme of a woman and mother. The woman played the upper sacred role in his works.

The reader can see how Ulpan was gradually changing from capricious and bold girl to independent and wise woman.

The girl was less than twenty when she married old, almost forty years older than her Eseney biy. He was a rich and powerful man and was elected the Sultan, though he was not the direct descendant of the Chingizids (tribe of Chingiz Khan – Mongol emperor).

In fact, Eseney was married, but there were no children alive as two of his sons died because of the serious illness — variola. Eseney himself was ill with it. Ulpan was his second wife – tokal.

The novel is divided into two main parts. The first says about the life before the death of Eseney biy and the second one — after his death.

Why did she marry Eseney? Because he was the authoritative and wealthy man in the surroundings or because she really was in love with him? Those questions stay without proper response. But the fact was that she grew from a common girl to a powerful and far-seeing woman. Eseney also changed. Before meeting her he was a cruel and hard person, after — he became more tender and even joked with her and looked at her with loving eyes. To add, he allowed her to call himself by the first name, just “Eseney” without any extra title.

And so, he wanted to marry once again and have his heirs. He liked Ulpan so much as she was extremely beautiful and young, brave and willful. More than that, she was bossy and strong.

The image of Ulpan as well as others was not fictional but real. Besides abovementioned characters there were also Eseney’s surrounding. Among them was Turkmen Musrep who was for long a bachelor, and in real life the writer Gabit Musrepov’ great-grandfather.

After the death of her husband Ulpan stayed alone. And it was hard for her to keep the property and herd of horses of Eseney, The relatives of the tribe of sibans (Middle zhuz) started to take the horses and other property. Especially her husband’s brother Imanaly was harsh and greedy and was eager to take everything from her.

However, she stayed strong and decided to give her only daughter Bizhiken in marriage to Torsan, the son of Eseney's close person Tlemis. But, unfortunately, she lived not long and died soon after the marriage. Torsan was well-educated (he studied in Russian school), literate, and smart young man. But he also wanted to take revenge for his father Tlemis whom Eseney ordered to scourge, though it was done due to the steppe rule.

The image of Torsan is negative in the novel, but, in fact, it was not like that. The direct descendants of Torsan, namely his grandchildren who live now in Russia and Almaty say that he was a good, generous and fair man. Torsan had five sons and all of them were educated and had children except for his son Kazi who did not marry and was an outstanding personality (he was the member and the head of the militia in the Alash-Orda — the autonomuous state formation of the early XX century).

After the death of Bizhiken who gave a birth to a daughter (she did not live much) Torsan married his beloved woman Zhauke — Ulpan’s niece. In the second marriage there were five sons, and Torsan made an extended family full of his heirs.

It must be confessed that Torsan was a skillful ruler, a real helping hand to Ulpan. Perhaps, she was born too early as her tribespeople were the ancient one holding to everything old and following the outmoded customs. On the contrary, Ulpan was contemporary, open-minded and changed dramatically after seeing towns and fairs.

She was the first one who erected a big wooden Russian-like house and who bought the enormous mirror in it. She was freedom-loving and open to everything new and avant-garde.

However, there was no happy end as she stayed a widow and her daughter and granddaughter died and she was suffering from the endless arguments and struggle for power and property from the side of her in-laws.