The phenomenon of Mustafa Shokay 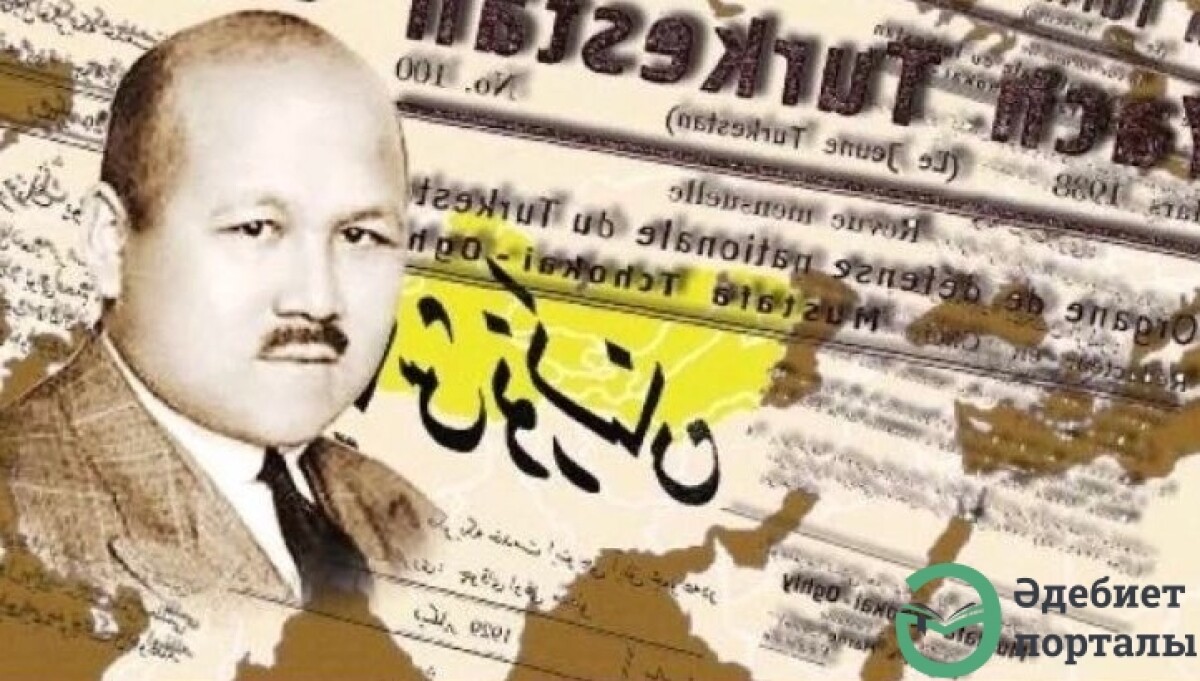 The life and destiny of Mustafa Shokay had been arosen curiosity among publicity for long. He was Kazakh publicist, social and political activist, scholar, statesman, ideologist of the struggle for freedom and independence and leader of the national-liberation movement of the Common Turkestan. 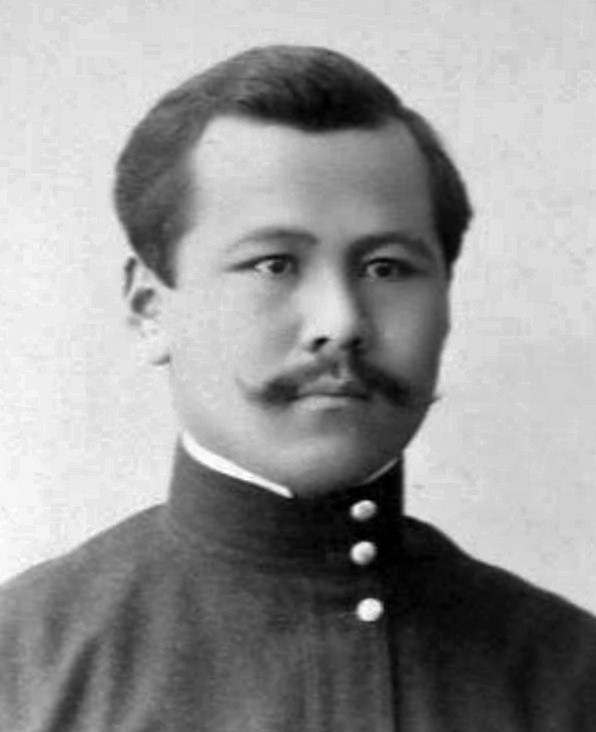 There is a number of books written and films shot about the life and activity of the Kazakh publicist. One of them is the book “Mustafa Shokay” by the candidate of philological sciences and linguist Bakhyt Sadykova. The work contains the valuable archive materials about the biography of M. Shokay and historic context within which occurred his political activity. His personality is interesting and attractive also due to the fact that the most part of his life he spent in emigration in Europe and was eventful thanks to the cooperation with the activists of various nationalities and beliefs.

Formation of any great personality starts with their family. And Mustafa Shokay is not the exception. As for his origin and roots the following is to relate.

Mustafa Shokay was born on 25 December 1890, in the village of Aulie-tarangyl at the Syr Darya river Akmeshit near Perovsk (Kazakhstan) and died on 27 December 1941, Berlin (The Third Reich). He is the grandson of the ruler Torgai son begs Yer Shokai, maternally derived from the Kazakh Khanate of Khiva.

His ancestors were the rulers of Turkey, grandmother was the steppe aristocrat of the Kypchak-Boshay tribe, grandfather was the ruler of Syr Darya region of the Khiva khanate, and father was the judge.

By his father’s will Mustafa went to the Russian school of Perovsk, as the knowledge of the Russian language was extremely necessary. In 1902 he went to Tashkent gymnasium. Later, he graduated from the Law Faculty of St. Petersburg University with diploma with honors.

He married Maria Gorina, the opera singer, Petersburg aristocrat in the fifth generation. She was married before to the officer, regional prosecutor and lived in the wealth and luxury — she had a big mansion, attended the balls and was part of the polite society. 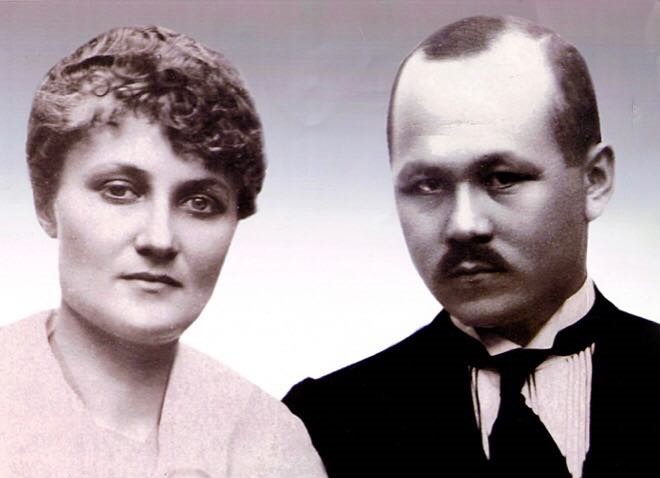 They lived happily together but, unfortunately, had no children.

In 1912 his father died and Mustafa temporarily served as the judge. So, since early years he had gained the experience of ruling and solving complicated issues.

He was fully involved in the formation of the autonomous state Common Turkestan and realized all the problems which rose in there. For instance, he paid attention to the movement of Basmaji. Below presented the extracts from the notes of Mustafa Shokay concerning the Basmaji movement and the Kokand Autonomy.

Etymologically “Basmaji” means a “bandit”, “robber”, “violator”. And this word does not correspond in idea or meaning to the conception it implies. It lost its original offensive meaning and became a synonym of the nationalist rebel — the active participant in the armed anti-Soviet struggle.

Of all forms of the anti-Soviet struggle of the territory of the Soviet Union, the Basmaji movement in Turkestan proved to have the strongest life. Starting during the overthrow by Soviet troops of the seat in the Kokand town of the Provisional Government of Autonomous Turkestan (February, 1918), the Basmaji movement has maintained itself as popular movement for many years.

The Kokand Government was elected at the end of November, 1917, at an Extraordinary Congress of Turkestan Muslims, in which the Russian population also participated. The formation of the government as a national center became necessarily unavoidable after the Third Congress of Turkestan Soviets at Tashkent (November, 1917) which deprived the Muslims of the participating in the organization of the government of the country. The Government had neither money nor arms. We, the organizers of Kokand Autonomy, were more by the faith we put in the Russian Revolution, in the sincerity of the revolutionary motives in regard to national “self-determination”, than by faith in the possibility of organizing a struggle against the Russian central power, which in our eyes at the time was in the hands of the Soviet Government in Petrograd.

More than once did we direct the attention of the Soviet center to the abnormal situation brought about by decision of the Third Congress of Turkestan Soviets with regard to the non-admittance of the Muslims as a whole into participation in the organization of regional power. We received an answer from Stalin, the provocatory character of which was evident to every one. Here is its main purport: “The native proletarians of Turkestan should not apply to the Central Soviet power with a request to dissolve the Turkestan ‘Sovnarkom’ (Council of People’s Commmissaries) which, in their opinion, lean upon the military section foreign to Turkestan, but dissolve it by force if such is at the disposal of the native proletariat and peasantry”.

To recommend to the unarmed Muslim population, who had placed its faith in Soviet national “self-determination” to dissolve by force the Turkestan “Sovnarkom” which relied for its support on the Russian soldiers and workers, armed to the teeth, and not recognizing the most elementary civil rights of the Muslim, mean, in other words, to provoke a rebellion.

A few days after the receipt of this answer the defenders of the Kokand Autonomy came into conflict with the Soviet troops in Kokand. We had no hope whatever of success. On January 30 (old style) the Bolsheviks opened fire on the Muslim quarter of Kokand, demanding at the same time the immediate surrender of arms (inclusive of hunting guns), and of the leaders of the Autonomy movement. On January 31 Kokand was surrounded by the Soviet troops, who shelled it. The Government of Autonomous Turkestan ceased to exist.

The spontaneous revolt of the Muslim population began, and the leader of the rebels happened to be a certain Ergash, an ex-Siberian exile, who had not long before been chosen by the Kokand Municipality to direct the defense of the Muslim quarter of Kokand.

The revolting population of Kokand was soon joined by the population of the adjacent villages. Thither hurried also hastily-formed volunteer detachments from various towns. Armed with hunting guns, and only in rare cases with rifles of an old pattern, and in most cases withy rakes, axes, etc, even sticks, the Muslims went to fight against those who denied them the equal rights with Russian to earn their daily bread.

The soviet troops finally occupied Kokand on February 19, 1918 (old style). Below is quoted an extract from Chronicles of Events for 1918. 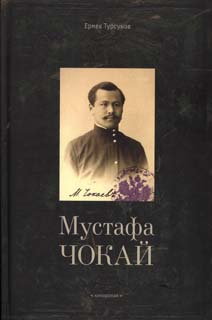 In addition, a well-known film director and writer Yermek Tursunov published the book “Mustafa Shokay” and shot two-part fictional film of the same name. In the preface was mentioned the concise biography of Mustafa Shokay.

M. Shokay is the legendary personality whose name for many years was under the ban. For some people he was and is the savior and benefactor, for others — betrayer and outcast.

A popular public activist Alikhan Bukeikhanov influenced the establishment of the political personality of Mustafa Shokay. A. Bukeikhanov founded the Kazakh movement Alash Orda, possessed the huge intellect and political experience and was the indisputable authority among both Turkic people of Russia and bright proponents of the “Russian” politics.

The journal “Yash Turkestan” issued in Berlin in 1929-1939 years was another side of Shokay’s biography. It was the only edition where the Kazakh political émigré published the outlines about history and culture of Turkestan on the eve of the World War II.

In fact, he was the political fighter. To prove that there are two facts.

First, after the collapse of the Kokand autonomy Shokay supported the ideas of the Russian democracy. The extermination of national democrats of Turkestan made him leave to Russia but neither liberals, nor the White Guard could withstand under the pressure of the Bolshevism.

Second, Shokay did not leave. He did all he could to support the national forces in regions that still were not under the power of Bolsheviks. He published the editions appealing to the national resistance in Mangystau, Baku, Tbilisi, then in Georgia. And he found himself in France, his second motherland which he did not leave when the national socialists invaded Paris. France gave shelter to his compatriots in the years of the forced emigration.

His activity in Europe based on two purposes. The first one was the formation of the organization of the Turkestan national alliance in Turkestan with the subsequent redeployment to Europe. Thus, he suggested to unite all the Turks under the common banner. And the second one — the creation of the organization “Prometey” into which would enter the representatives of the people of annexed territories of Poland. Shokay thought that only European international movement was able to confront the Bolshevik terror.

Shokay was offered to be the head of the commission on the formation of the legion. Seeing all inhuman torture of war prisoners in German camps he refused to collaborate with Germans. After that he suddenly died. Researchers did not believe that he died because of the cholera outbreak. And there was more probable version of his death — committed by Rosenberg’s assistants who was in charge of the Eastern ministry of the Reich.

Similar articles
#ESSAY
Some excerpts from the life of the famous doctor Akkagaz Doszhanova
799
#ESSAY
Some passages about how Bibigul Tulegenova came into the field of art with a nightingale in her throat
771
#ESSAY
“Zhanibek sings, Akseleu admires”
571