The tale about a little Kazakh boy Ayan 12+ 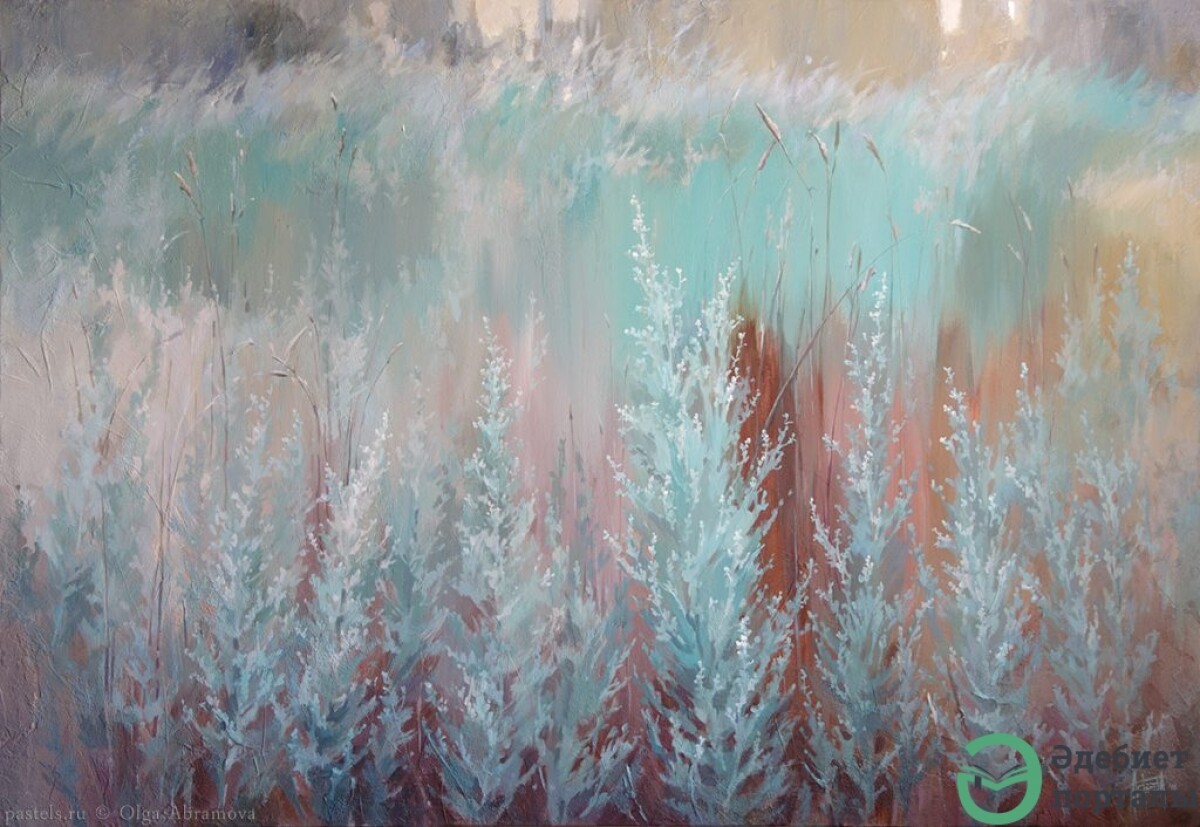 Sain Muratbekov — a Kazakh writer of XX-XXI centuries, journalist, laureate of literary prize named after M.Auezov, laureate of the State prize of the Republic of Kazakhstan, author of the collection of short stories “My little sister”, books of tales “Lights of aul”, “Field”, “House of the young”, “Wild apple tree” and others.

The tale “Bitter smell of sagebrush” by S. Muratbekov which is to a large extent autobiographical became widely known and close not only to admirers of his works, but also to readers as a whole. The author’s father was at the front, when his mother passed away. After finishing school he worked in the sovkhoz and started to publish his works in regional and oblast newspapers, also worked as a correspondent all over the republic and saw a lot. Later, he held high positions in various editions.

It is about a boy Ayan who moved from the city to the village to live with his grandmother. His mother passed away and his father was at war.

Since the very first moment he had showed himself on the positive side and it was not difficult for him as in real life he was a smart and kind boy. The leader of boys from the village Sadyk fancied him at once but a strong boy Esikbay did not and he started to fight with him but Ayan won. His friends liked and respected him. Also, Ayan invented fairy tales and with interest told them to his friends. For certain time they were sitting near the house in the evenings listening to Ayan’s fairy tales but one day one of the boys suggested to climb the roof where it was soft and warm. So, boys each evening gathered on the roof and listened to Ayan’s good fairy tales. He often mentioned the orphan and heroes of his fairy tales became his friends that enthralled them.

The time of studies started and Ayan went to the first class. Schoolchildren were taught to write and he impatiently was waiting till his teacher teaches them all the letters to write to his father. An old teacher saw the aspirations of children, in particular, Ayan and tried to teach them the alphabet as soon as possible. Thus, Ayan in the first class started to write to his father and in the future to brothers and fathers of his classmates that’s why the text almost always was repeated because the author was the same.

Once he was driving a bull from the pasture to his house and decided to break in it but the bull threw Ayan off from it and put out the foot. Since that time he started to limp slightly on his leg and it was difficult for him to go up the hill. In the winter his friends gave him the sledges to ride. Among them was formed the special queue owing to Ayan’s fairy tales but not always. Sometimes some children were naughty and did not want to share with sledges because they themselves were left without sledges.

Days went by and the old teacher fell ill so the studies stopped. Ayan was offended because his friends did not play with him because of the leg and went to the chiropractor who never straightened his foot. His grandmother died and he moved to the old man Bapay – distant relative of his grandmother in the same village. The old man lived with his wife and Ayan had to help them with the housework.

Soon the news about his father’s death came. Ayan met the news crying away from everyone.

He was taken to the orphanage and it was such a pity, but his friend on behalf of whom the story was told believed that Ayan would return to the village to visit his friends and grow a noble man.

Through the whole tale it is given the mentioning of bitter sagebrush — the smell of the coat of Ayan’s father with which he covered affectionately. The same smell came from Ayan. His friends noticed with surprise that from their brothers and fathers’ clothes came the same smell as well. And they did not realize that this smell, as a rule, is inherent in the inhabitants of auls and it is quite persistent.

His grandmother told while she was alive: “Do you know where I gave birth to your father? On the sagebrush hill, on the very top. I went for the cattle and gave birth”.

Sain Muratbekov focused on rural prose, wrote about the life of rural inhabitants, described problems with which he encountered and skillfully characterized his heroes. The heroes literally come to life on the pages of the author’s works.

So real is the image of Ayan. From the first lines you take a liking to a boy, How such a boy, still a child, can behave and talk as a reasonable adult and more than that – mature and experienced man? And till the end the reader deeply cares for Ayan.

“You grew from the good seeds. Your parents were good people and you have to become the same”, — said Bapay’s old lady after all.

It’s impossible to blame the old men as they did not let Ayan stay with them, they themselves were not young and needed care. Besides, notwithstanding the end of the war it was a hard time for everyone — for the front line and rear.

It should be noted that majority of books written about the years of war, especially, in the villages – deep, sincere and human. They touch thin strings of the soul of a person who has never experienced the horrors of the wartime. Such deep and spiritual writers include Sain Muratbekov.

Similar articles
#REVIEW
Sabit Dossanov: “The book helps us to live as a human being”
2298
#REVIEW
Eurasia's Altai Heritage by Seidakhmet Kuttykadam
1592
#REVIEW
About the creative path of Mukhtar Shakhanov
3415