‘The History of War should teach us for Peace,

The History of Feud should teach us for Friendship’

In this article I would like to highlight the last two works of a talented person, a Qazaqstani writer, Bayangali Alimzhanov. They are: the children's fairy tale ‘The Benevolent Askar’ and the book ‘The Tale of a Hundred Years Old Man, living in the Great Steppe’.

The author wrote the tale ‘The Benevolent Askar’ in Russian language. It tells how a boy who loves fairy tales, Askar, dreams of getting into the world of fairy-tale heroes, and his dream to join them comes true. 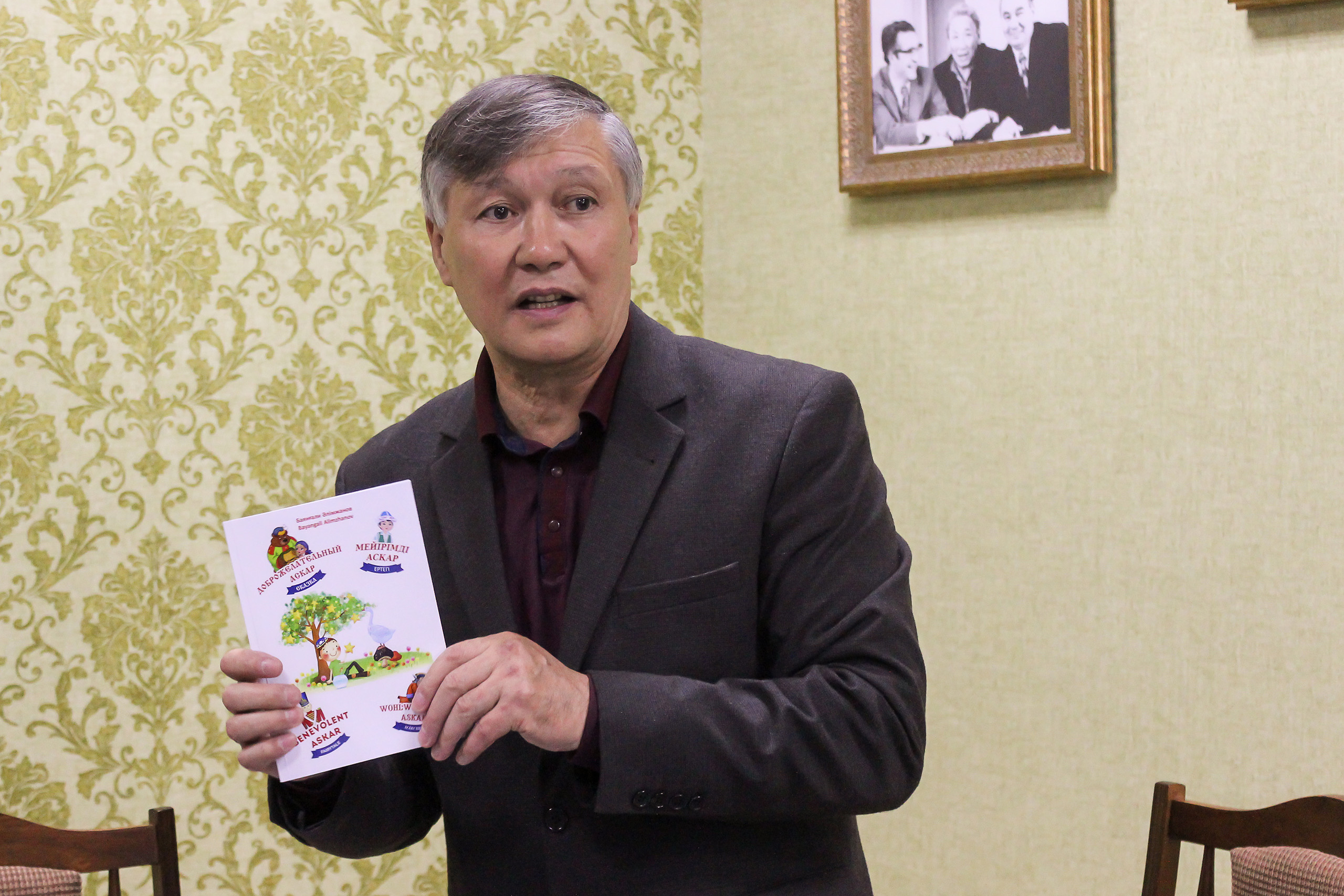 He makes friends with the heroes of the fairy tales of Alexander Pushkin, Hans Christian Andersen, the Brothers Grimm, Selma Lagerlof and others. The Qazaq boy regards all the good characters of fairy tales of the peoples of the world as among his friends.

The Benevolent boy from the village saves a Goldfish, revives the Steadfast Tin Soldier. He is a friend of Akka the goose from the novel ‘The Wonderful Adventures of Nils’ by the Swedish author Selma Lagerlof and the Snow Queen, a hero of a fairy tale written by Danish author Hans Christian Andersen and muddled Baron Munchhausen! (Baron Munchausen is a fictional German nobleman created by the German writer Rudolf Erich Raspe).

A popular Qazaqstani children's publication, the newspaper ‘Friendly guys’ published a fairy tale in six of its editions. It was translated from Russian into Qazaq language, then into English and German languages. Later, the author had the idea to publish this fairy tale as one book and in 2018 the book was published in four languages: Russian, Qazaq, English and German.

The book really turned out to be interesting in design and content. The bright cover immediately attracts the attention of the little readers. The book is so amazing that it could be read in one breath.

The second significant work in the writer's creative path is a book entitled: ‘The Tale of a Hundred Years Old Man, living in the Great Steppe’. The epigraph to this book are wise words: ‘The History of War should teach us for Peace, The History of Feud should teach us for Friendship’. The writer began to work on the book on November 8, 2015 and finished on July 16, 2018. 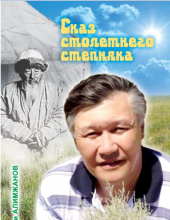 This is a story about the Qazaq – Russian - German war and friendship. The book is written in the style of a popular legend.

This is a book about the fate of a hundred-year-old Qazaq old man, called ‘aksakal’ in Qazaq language (that means ‘a man with a white beard’), who came up the hard way, at the beginning it was a national liberation uprising of the Qazaq people against tsarism, revolution and civil war, then ‘The Great Famine’ of the 32nd year and the Stalinist repressions of the 37th year, then there was the Second World War, the German prison camp and the Stalin’s forced gulag labour camps, the collapse of the USSR and at last an elderly man personally witnessed the independence of Qazaqstan.

The source of stories about the Second World War was the father of Bayangali Alimzhanov, who was wounded three times during the war, and also participated in the capture of Berlin by the Red Army.

In the plot of the book, the old man tells the story of his life to his grandchildren and great-grandchildren.

He is the only Qazaq who knows the Kyrgyz epic ‘Manas’ by heart (this epic is included in the UNESCO list of Intangible Cultural Heritage of Humanity as well as the Guinness World Records as the most voluminous epic in the world) and is able perfectly to perform it even without music.

He is the author of 35 books, 4 feature films and 6 documentaries. He performed on aitys 216 times. (Aitys is akyn’s song competition, one of the traditional forms of the people’s oral poetry.) He is the winner of 22nd Grand Prix of the Republican competition of Storytellers (in Qazaq language they are called Zhyrzhi).

He was the winner of the International Manaschi Competition - narrators of the Kyrgyz epic ‘Manas’, dedicated to the Millennium of the Great Epic (1995, Bishkek, Kyrgyzstan).

Bayangali Alimzhanov was awarded the rank of the Honored Worker of Qazaqstan.

He writes in Qazaq and Russian languages.