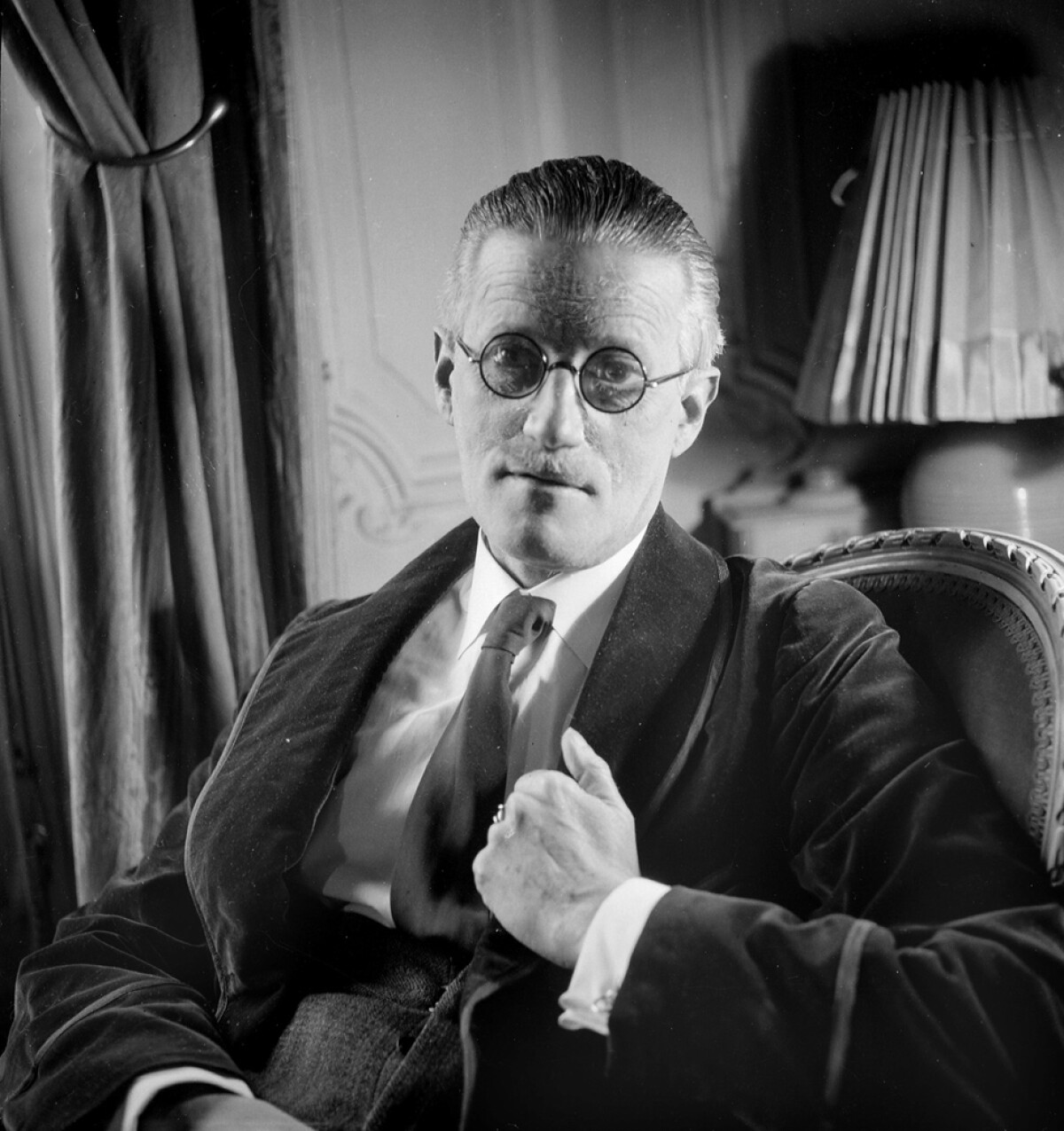 James Joyce was born on February 2, 1882 in Dublin, Ireland. He published "Portrait of the Artist" in 1916 and caught the attention of Ezra Pound. With "Ulysses," Joyce perfected his stream-of-consciousness style and became a literary celebrity. The explicit content of his prose brought about landmark legal decisions on obscenity. Joyce battled eye ailments for most of his life. He died in 1941.

Writer. Born James Augustine Aloysius Joyce on February 2, 1882 in Dublin, Ireland. Joyce was one of the most revered writers of the 20th century, whose landmark book, Ulysses, is often hailed as one of the finest novels ever written. His exploration of language and new literary forms showed not only his genius as a writer but spawned a fresh approach for novelists, one that drew heavily on Joyce's love of the stream-of-consciousness technique and the examination of big events through small happenings in everyday lives.

Joyce came from a big family. He was the eldest of ten children born to John Stanislaus Joyce and his wife Marry Murray Joyce. His father, while a talented singer (he reportedly had one of the finest tenor voices in all of Ireland), didn't provide a stable a household. He liked to drink and his lack of attention to the family finances meant the Joyces never had much money.

From an early age, James Joyce showed not only exceeding intelligence but also a gift for writing and a passion for literature. He taught himself Norwegian so he could read Henrik Ibsen's plays in the language they'd been written, and spent his free time devouring Dante, Aristotle, and Thomas Aquinas.

Because of his intelligence Joyce's family pushed him to get an education. Largely educated by Jesuits, Joyce attended the Irish schools of Clongowes Wood College and later Belvedere College before finally landing at University College Dublin, where he earned a Bachelor of Arts degree with a focus on modern languages.

Joyce's relationship with his native country was a complex one and after graduating he left Ireland for a new life in Paris where he hoped to study medicine. He returned, however, not long after upon learning that his mother had become sick. She died in 1903.

Joyce stayed in Ireland for a short time, long enough to meet Nora Barnacle, a hotel chambermaid who hailed from Galway and later became his wife. Around this time, Joyce also had his first short story published in the Irish Homestead magazine. The publication picked up two more Joyce works, but this start of a literary career was not enough to keep him in Ireland and in late 1904 he and Barnacle moved first to what is now the Croatian city of Pula before settling in the Italian seaport city of Trieste.

There, Joyce taught English and learned Italian, one of 17 languages he could speak, a list that included Arabic, Sanskrit, and Greek. Other moves followed, as the Joyce and Barnacle (the two weren't formally married until some three decades after they met) made their home in cities like Rome and Paris.

To keep his family above water (the couple went on to have two children, Georgio and Lucia) Joyce continued to find work as a teacher.

All the while, though, Joyce continued to write and in 1914 he published his first book, Dubliners, a collection of 15 short stories. Two years later Joyce put out a second book, the novel Portrait of the Artist as a Young Man.

While not a huge commercial success, the book caught the attention of the American poet,Ezra Pound, who praised Joyce for his unconventional style and voice.

The same year that the Dublinerscame out, Joyce embarked on what would prove to be his landmark novel: Ulysses. The story recounts a single day in Dublin. The date: June 16, 1904, the same day that Joyce and Barnacle met. On the surface, the novel follows the story three central characters, Stephen Dedalus, Leopold Bloom, a Jewish advertising canvasser, and his wife Molly Bloom, as well as the city life that unfolds around them. But Ulysses is also a modern retelling of Homer's Odyssey, with the three main characters serving as modern versions of Telemachus, Ulysses, and Penelope.

With its advanced use of interior monologue, the novel not only brought the reader deep into Stephen Bloom's sometimes lurid mind, but pioneered Joyce's use of stream of consciousnesses as a literary technique and set the course for a whole new kind of novel. ButUlysses is not an easy read, and upon its publication in Paris in 1922 by Sylvia Beach, an American expat who owned a bookstore in the city, the book drew both praise and sharp criticism.

All of which only helped bolster the novel's sales. Not that it really needed the help. Long before Ulysses ever came out, debate raged over the content of the novel. Parts of the story had appeared in English and American publications and in the US and the UK the book was banned for several years after it was published in France. In the US, Ulysses's supposed obscenity prompted the Post Office to confiscate issues of the magazine that had published Joyce's work. Fines were levied against the editors, and a censorship battle was waged that only further hyped the novel.

Still, the book found its way into the hands of eager American and British readers, who managed to get hold of bootlegged copies of the novel. In the US, the ban came to a head in 1932 when in New York City Customs Agents seized copies of the book that had been sent to Random House, which wanted to publish the book.

The case made its way to court where in 1934 Judge John M. Woolsey came down in favor of the publishing company by declaring that Ulysses was not pornographic. American readers were free to read the book. In 1936, British fans of Joyce were allowed to do the same.

While he sometimes resented the attention Ulysses brought him, Joyce saw his days as a struggling writer come to an end with the book's publication. It hadn't been an easy road. During World War I, Joyce had moved his family to Zurich, where they subsisted on the generosity of English magazine editor, Harriet Weaver, and Barnacle's uncle.

Eventually Joyce and his family settled into a new life in Paris, which is where they were living when Ulysses was published. Success, however, couldn't protect Joyce from health issues. His most problematic condition concerned his eyes. He suffered from a constant stream of ocular illnesses, went through a host of surgeries,and for a number of years was near blind. At times Joyce was forced to write in red crayon on sheets of large paper.

In 1939 Joyce published Finnegan's Wake, his long awaited follow up novel, which, with its myriad of puns and new words, proved to be an even more difficult read than his previous work. Still, the book was an immediate success, earning "book of the week" honors in the US and the United Kingdom not long after debuting.

A year after Finnegan's publication, Joyce and his family were on the move again, this time to southern France in advance of the coming Nazi invasion of Paris. Eventually the family ended back in Zurich.

Sadly, Joyce never saw the conclusion of World War II. Following an intestinal operation, the writer died at the age of 59 on January 13, 1941 at the Schwesternhause von Roten Kreuz Hospital. His wife and son were at his bedside when he passed. He is buried in Fluntern cemetery in Zurich.