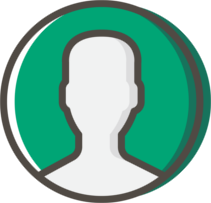 Dr. Alma B. Kunanbaeva (aka Kunanbay), born in Almaty, specializes in cultural anthropology, ethnomusicology, folklore, storytelling, and linguistics. Her anthropological approach to research focuses on three areas: the philosophy and spirituality of nomadic life; the history and civilization of Central Asia; and oral history and the contemporary world. Graduated at the Moscow and Almaty State Conservatories, she earned a Ph.D. from the State Institute of Theater, Music and Film in St. Petersburg, Russia. From 1987--1994, she was an Associate Professor at the St. Petersburg Pedagogical University (Department for Traditional Culture). From 1985--1989, she chaired the Research Department of Ethnography of the Peoples of Central Asia and the Caucasus, at the State Ethnographic Museum of the Peoples of the former USSR in then Leningrad. From 1974--1984, she was an Assistant Professor at the Kurmangazy State Conservatory in Almaty. Beginning 1993, while in the USA, she has taught at the University of Wisconsin-Madison, the University of California at Berkeley, the University of Washington in Seattle, the University of Iowa, and at Stanford University, among other institutions.

Dr. Kunanbaeva is the author of about 50 scholarly articles and dozens of entries in Kazakh, Russian, British and American encyclopedias including the New Grove's Dictionary of Music & Musicians (2nd Edition, vol. 13, 2001) and the Garland Encyclopedia of World Music (vol. 6, 2002). Her book "The Soul of Kazakhstan" with numerous photographs of Wayne Eastep, published by the ExxonMobil Corporation, came out in New York in 2001 in three languages (Kazakh, Russian, and English). In 2005 she took part in the production of a compact disc "Songs from the Steppes: Kazakh Music Today," recorded by Michael Church and published (with her liner notes and translations of the song texts from Kazakh into English) in the London’s Topic World Series.

Dr. Kunanbaeva has been actively participating in numerous field works, workshops, and international conferences dedicated to Central Asia, its language, history, and culture. She collaborated with the Aga Khan Music Initiative in Central Asia (AKMICA as a part of the Aga Khan Trust for Culture) and the Silk Road Project, Inc. (with Yo-Yo Ma as its Artistic Director). In 2001-02 she served as a curator and consultant in Central Asian nomadism for the Smithsonian Institution taking part in the organization, preparation, management, and staging of the 36th Annual Folklife Festival, which took place at the National Mall in Washington, DC, devoted to the Silk Road cultures. During the Festival she also served as a presenter of the Central Asian nomadic artists, musicians, and craftsmen. Presently she is teaching at Stanford University such courses as “Nomads of Eurasia,” “Folklore, Mythology, and Oral Literature of Central Asia”, “Women, Music, and Islam in Central Eurasia” as well as Kazakh language class.

Since November 2006, she is President of the Silk Road House -- a pioneering non-profit organization in Bay Area, a New Cultural and Educational Center in Berkeley, California.

In the fall of 2007 Alma Kunanbaeva was decorated by the order “Catherine the Great” for her personal contribution to Kazakh-Russian friendship and collaboration. She is a Gold Member of the Metropolitan Who’s Who, member of the Society for Ethnomusicology, the American Association of Teachers of Turkic Languages, the International Council for Traditional Music (UNESCO), and the Union of Russian Composers. Listed in the biographical encyclopedia “Kazakhs in Russia,” vol. 2, p. 85-86 (Moscow, 2007), and in Who’s Who in America 2010, 64th edition (Marquis Who’s Who LLC), vol. 1, p. 2627.