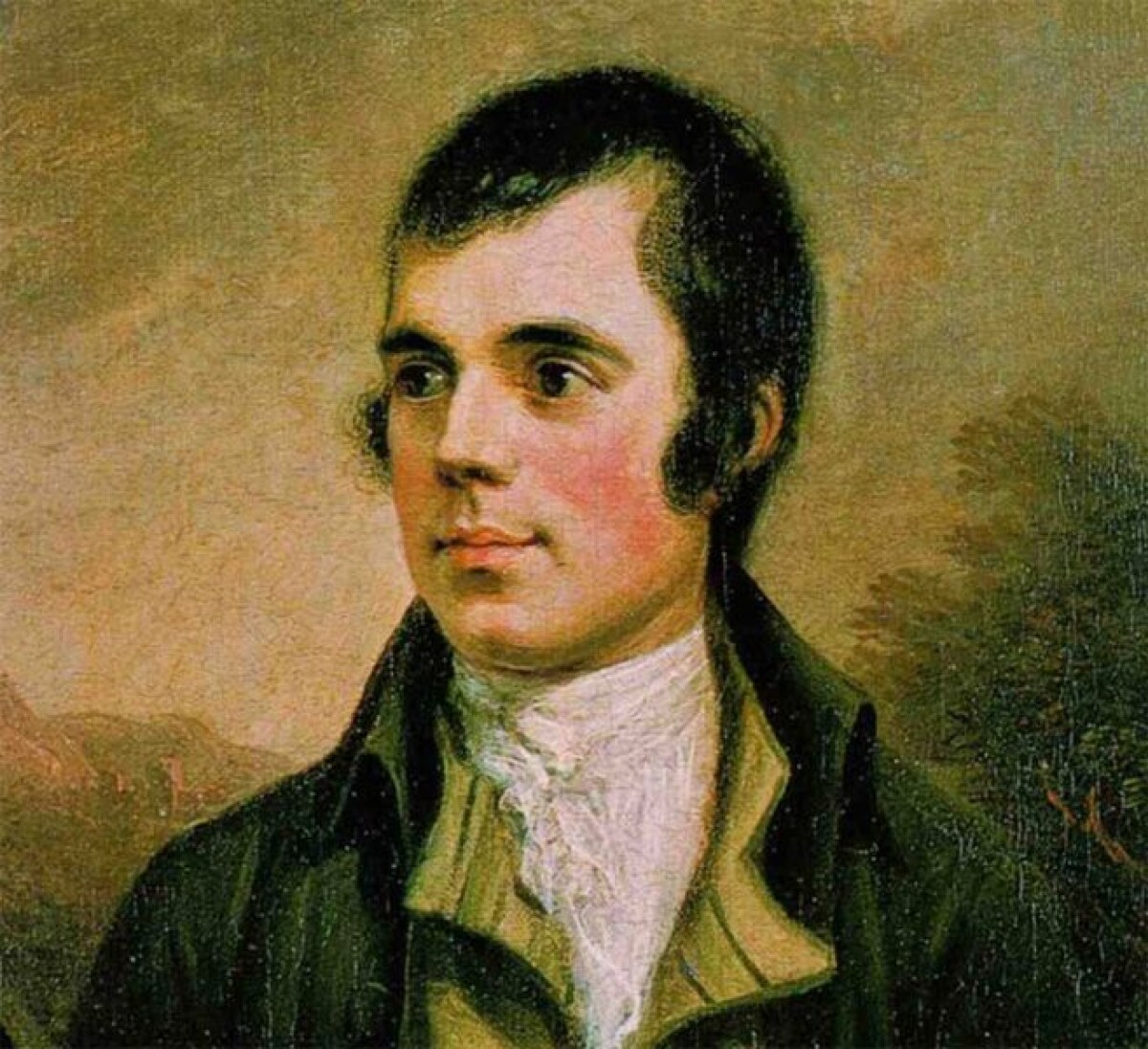 Robert Burns was born on 25 January 1759 in the village of Alloway, two miles south of Ayr. His parents, Willian Burnes[s] and Agnes Broun, were tenant farmers but they ensured their son received a relatively good education and he began to read avidly. The works of Alexander Pope, Henry Mackenzie and Laurence Sterne fired Burns's poetic impulse and relationships with the opposite sex provided his inspiration. Handsome Nell, for Nellie Kilpatrick, was his first song.

Hard physical labour on the family farm took its toll on the young Burns, who increasingly turned his attentions towards the passions of poetry, nature, drink and women which would characterise the rest of his life. He fathered twins with eventual wife Jean Armour, but a rift in their relationship nearly led to Burns emigrating to the West Indies with lover Mary Campbell (his Highland Mary). Mary's sudden death and the sensational success of his first published collection of verse kept him in Scotland. At just 27, Burns had already become famous across the country with poems such as To a Louse, To a Mouse and The Cotter's Saturday Night.

In just 18 short months, Burns had spent most of the wealth from his published poetry, so in 1789 he began work as an Excise Officer in Dumfries (an irony not lost on him) and resumed his relationship with wife Jean. His increasingly radical political views influenced many of the phenomenal number of poems, songs and letters he continued to pen, including such famous works as For a' that and a' that.

The hard work this new job entailed, combined with the toil of his earlier life and dissolute lifestyle began to take their toll on Burns's health. He died on 21 July 1796 aged just 37 and was buried with full civil and military honours on the very day his son Maxwell was born. A memorial edition of his poems was published to raise money for his wife and children.