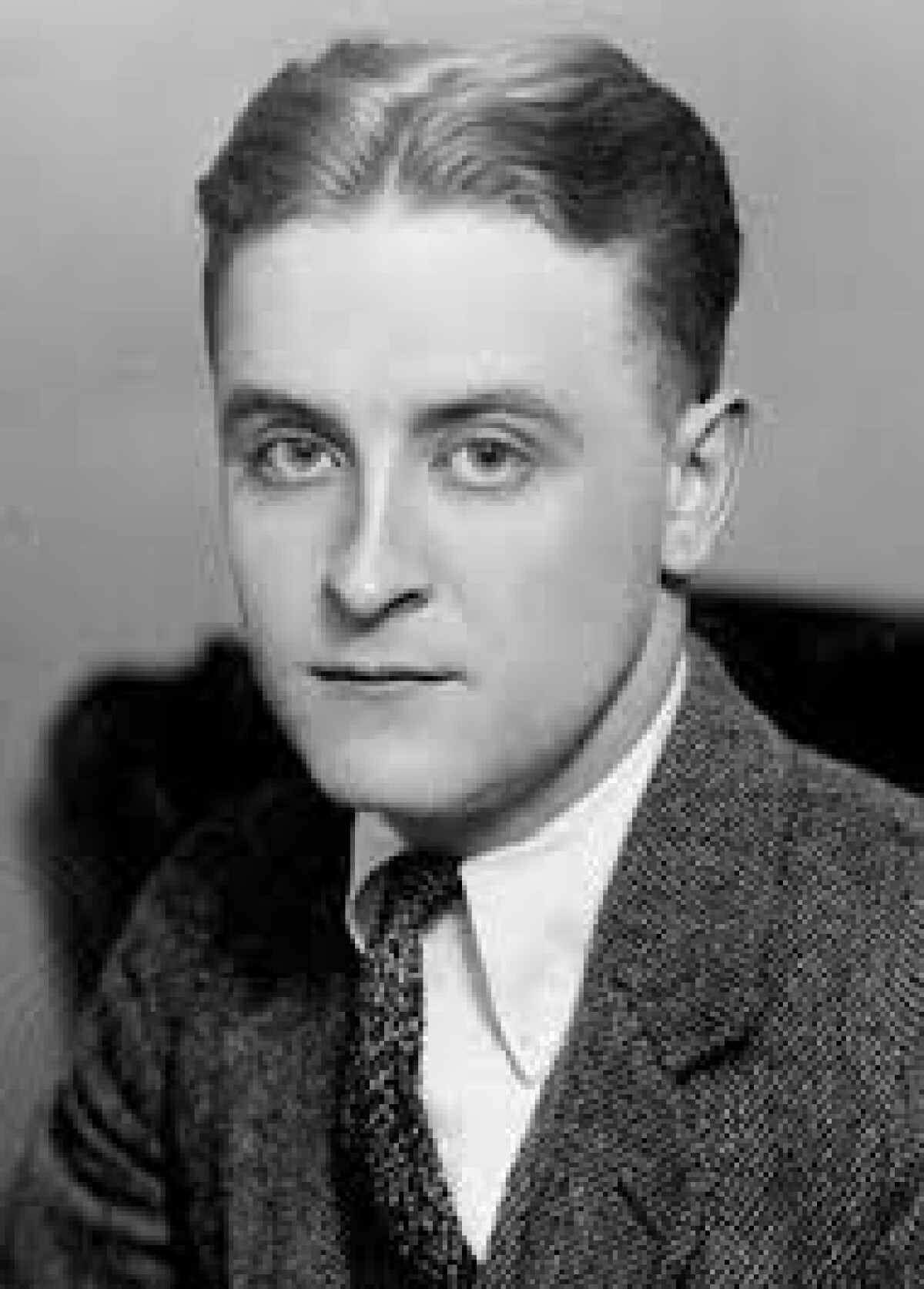 Francis Scott Key Fitzgerald (September 24, 1896 – December 21, 1940) was an American author of novels and short stories, whose works are the paradigmatic writings of the Jazz Age, a term he coined. He is widely regarded as one of the greatest American writers of the 20th century. Fitzgerald is considered a member of the "Lost Generation" of the 1920s. He finished four novels: This Side of Paradise, The Beautiful and Damned, The Great Gatsby (his most famous), and Tender Is the Night. A fifth, unfinished novel, The Love of the Last Tycoon, was published posthumously. Fitzgerald also wrote many short stories that treat themes of youth and promise along with age and despair.

Born in 1896 in Saint Paul, Minnesota, to an upper-middle-class family, Fitzgerald was named after his famous second cousin, three times removed, Francis Scott Key, but was referred to as "Scott." He was also named after his deceased sister, Louise Scott, one of two sisters who died shortly before his birth. "Well, three months before I was born," he wrote as an adult, "my mother lost her other two children ... I think I started then to be a writer." His parents were Mollie (McQuillan) and Edward Fitzgerald. His mother was of Irish descent, and his father had Irish and English ancestry.

Fitzgerald spent the first decade of his childhood primarily in Buffalo, New York (1898–1901 and 1903–1908, with a short interlude in Syracuse, New York between January 1901 and September 1903). His parents, both devout Catholics, sent Fitzgerald to two Catholic schools on the West Side of Buffalo, first Holy Angels Convent (1903–1904, now disused) and then Nardin Academy (1905–1908). His formative years in Buffalo revealed him to be a boy of unusual intelligence and drive with a keen early interest in literature, his doting mother ensuring that her son had all the advantages of an upper-middle-class upbringing. In a rather unconventional style of parenting, Fitzgerald attended Holy Angels with the peculiar arrangement that he go for only half a day—and was allowed to choose which half.

In 1908, his father was fired from Procter & Gamble, and the family returned to Minnesota, where Fitzgerald attended St. Paul Academy in St. Paul from 1908 to 1911. When he was 13 he saw his first piece of writing appear in print—a detective story published in the school newspaper. In 1911, when Fitzgerald was 15 years old, his parents sent him to the Newman School, a prestigious Catholic prep school in Hackensack, New Jersey. There he met Father Sigourney Fay, who noticed his incipient talent with the written word and encouraged him to pursue his literary ambitions.

After graduating from the Newman School in 1913, Fitzgerald decided to stay in New Jersey to continue his artistic development at Princeton University. At Princeton, he firmly dedicated himself to honing his craft as a writer. There he became friends with future critics and writers Edmund Wilson (Class of 1916) and John Peale Bishop (Class of 1917), and wrote for the Princeton Triangle Club, the Nassau Lit, and the Princeton Tiger. He also was involved in the American Whig-Cliosophic Society, which ran the Nassau Lit. His absorption in the Triangle—a kind of musical-comedy society—led to his submission of a novel to Charles Scribner's Sons where the editor praised the writing but ultimately rejected the book. He was a member of the University Cottage Club, which still displays Fitzgerald's desk and writing materials in its library.

Fitzgerald's writing pursuits at Princeton came at the expense of his coursework. He was placed on academic probation, and in 1917 he dropped out of school to join the U.S. Army. Afraid that he might die in World War I with his literary dreams unfulfilled, in the weeks before reporting for duty Fitzgerald hastily wrote a novel called The Romantic Egotist. Although the publisher Charles Scribner's Sons rejected the novel, the reviewer noted its originality and encouraged Fitzgerald to submit more work in the future.