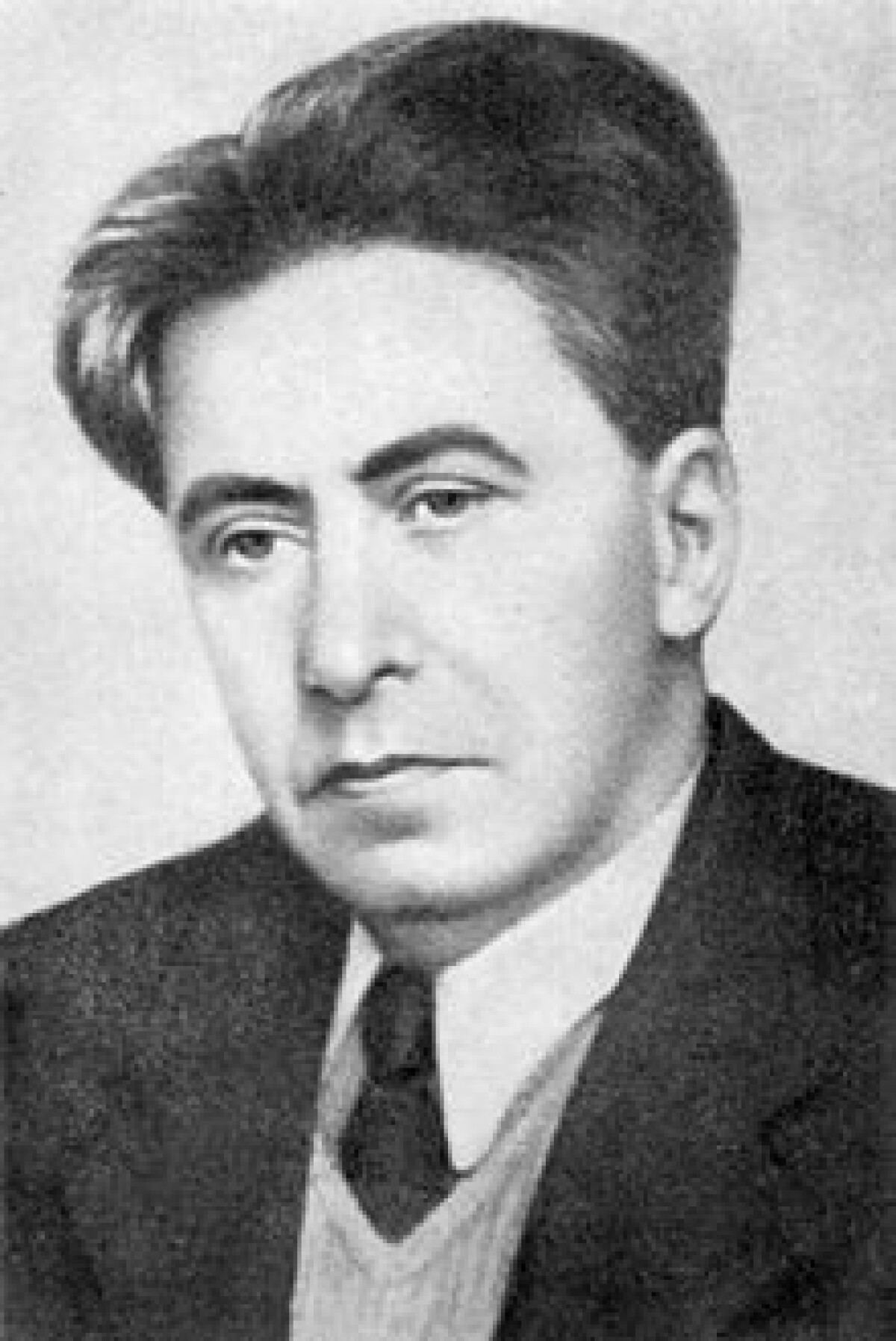 Ehrenburg is among the most prolific and notable authors of the Soviet Union; he published around one hundred titles. He became known first and foremost as a novelist and a journalist – in particular, as a reporter in three wars (First World War, Spanish Civil War and the Second World War). His articles on the Second World War have provoked intense controversies in West Germany, especially during the sixties.

The novel The Thaw gave its name to an entire era of Soviet politics, namely, the liberalization after the death of Joseph Stalin. Ehrenburg's travel writing also had great resonance, as did to an arguably greater extent his memoir People, Years, Life, which may be his best known and most discussed work. The Black Book, edited by him and Vassily Grossman, has special historical significance; detailing the genocide on Soviet citizens of Jewish ancestry, it is the first great documentary work on the Holocaust.

In addition, Ehrenburg wrote a succession of works of poetry.

Ilya Ehrenburg was born in Kiev, Russian Empire to a Lithuanian Jewish family; his father was an engineer. Ehrenburg's family was not religiously affiliated; he came into contact with the religious practices of Judaism only through his maternal grandfather. Ehrenburg never joined any religious denomination. He learned no Yiddish, although he edited the Black Book, which was written in Yiddish. He considered himself Russian and, later, a Soviet citizen, but left all his papers to Israel's Yad Vashem. He took strong public positions against antisemitism. He wrote in Russian even during his many years abroad.

When Ehrenburg was four years old, the family moved to Moscow, where his father had been hired as director of a brewery. At school, he met Nikolai Bukharin, who was two grades above him; the two remained friends until Bukharin's death in 1938 during the Great Purge.

In the aftermath of the Russian Revolution of 1905, both Ehrenburg and Bukharin got involved in illegal activities of the Bolshevik organization. In 1908, when Ehrenburg was seventeen years old, the tsarist secret police (Okhrana) arrested him for five months. He was beaten up and lost some teeth. Finally he was allowed to go abroad and chose Paris for his exile.

In Paris, he started to work in the Bolshevik organization, meeting Vladimir Lenin and other prominent exiles. But soon he left these circles and the Communist Party. Ehrenburg became attached to the bohemian life in the Paris quarter of Montparnasse. He began to write poems, regularly visited the cafés of Montparnasse and got acquainted with a lot of artists, especially Pablo Picasso, Diego Rivera, Jules Pascin, and Amedeo Modigliani. Foreign writers whose works Ehrenburg translated included those of Francis Jammes.

During World War I, Ehrenburg became a war correspondent for a St. Petersburg newspaper. He wrote a series of articles about the mechanized war that later on were also published as a book ("The Face of War"). His poetry now also concentrated on subjects of war and destruction, as in "On the Eve", his third lyrical book. Nikolai Gumilev, a famous symbolistic poet, wrote favourably about Ehrenburg's progress in poetry.

In 1917, after the revolution, Ehrenburg returned to Russia. At that time he tended to oppose the Bolshevik policy, being shocked by the constant atmosphere of violence. He wrote a poem called "Prayer for Russia" which compared the Storming of the Winter Palace to rape. In 1920 Ehrenburg went to Kiev where he experienced four different regimes in the course of one year: the Germans, the Cossacks, the Bolsheviks, and the White Army. After antisemitic pogroms, he fled to Koktebel on the Crimea peninsula where his old friend from Paris days, Maximilian Voloshin, had a house. Finally, Ehrenburg returned to Moscow, where he soon was arrested by the Cheka but freed after a short time.

He became a Soviet cultural activist and journalist who spent much time abroad as a writer. He wrote modernistic picaresque novels and short stories popular in the 1920s, often set in Western Europe (The Extraordinary Adventures of Julia Jurenito and his Disciples (1922), Thirteen Pipes). Ehrenburg continued to write philosophical poetry, using more freed rhythms than in the 1910s.

As a friend of many of the European Left, Ehrenburg was frequently allowed by Stalin to visit Europe and to campaign for peace and socialism. In 1936–39, he was a war journalist in the Spanish civil war, but also got involved directly in the military activities of the Republican camp.

Ehrenburg was active in war journalism throughout World War II. As a consequence, he is one of many Soviet writers, along with Konstantin Simonov and Aleksey Surkov, who have been accused by many of "their literary talents to the hate campaign" against Germans during World War II. His article "Kill" published in 1942 — when German troops were deeply within Soviet territory — became a widely publicized example of this campaign, along with the poem "Kill him!" by Simonov. In "Kill", Ehrenburg wrote: "We shall kill. If you have not killed at least one German a day, you have wasted that day... Do not count days; do not count miles. Count only the number of Germans you have killed." After criticism by Georgy Aleksandrov in Pravda in April 1945, Ehrenburg responded that he never meant wiping out the German people, but only German aggressors who came to our soil with weapons, because "we are not Nazis" who fight with civilians. He wrote already in May 1942 : "The German soldier with weapon in hand is not a man for us, but a fascist. We hate him. When the German soldier gives up his weapon and surrenders, we will not touch him with a finger – he will live."Ehrenburg fell into disgrace at that time and it is estimated that Aleksandrov's article was a signal of change in Stalin's policy towards Germany.

Ehrenburg was a prominent member of the Jewish Anti-Fascist Committee.

In 1942 Ehrenburg was a companion to Leland Stowe, an American journalist who traveled to Soviet front lines. In his book They Shall Not Sleep published in the USA in 1944 Stowe describes his interaction with Ehrenburg.

Ehrenburg continued writing anti-German vitriol into 1945. His last and most controversial article, "Enough," contained his observation that "Germany does not exist; there is only a colossal gang." Ehrenburg's persistent but implicit approval of looting and rape against civilians by Soviet troops were finally seen as "politically harmful" to the Communist Party, which then began to change course to disapprove this violence.

In 1954, Ehrenburg published a novel titled The Thaw that tested the limits of censorship in the post-Stalin Soviet Union. It portrayed a corrupted and despotic factory boss, a "little Stalin", and told the story of his wife, who increasingly feels estranged from him, and the views he represents. In the novel the spring thaw comes to represent a period of change in the characters' emotional journeys, and when the wife eventually leaves her husband this coincides with the melting of the snow. Thus the novel can be seen as a representation of the thaw, and the increased freedom of the writer after the 'frozen' political period under Stalin. In August 1954, Konstantin Simonov attacked The Thaw in articles published in Literaturnaya gazeta, arguing that such writings are too dark and do not serve the Soviet state. The novel gave its name to the Khrushchev Thaw. Just prior to publishing the book, however, Ehrenburg received the Stalin Peace Prize in 1952.

Ehrenburg is particularly well known for his memoirs (People, Years, Life), which contain many portraits of interest to literary historians and biographers. In this book Ehrenburg was the first legal Soviet author to mention positively a lot of names banned under Stalin, including the one of Marina Tsvetaeva. At the same time he disapproved of the Russian and Soviet intellectuals who had explicitly rejected Communism or defected to the West. He also criticized writers like Boris Pasternak, author of Doctor Zhivago, for not having been able to understand the course of history.

Ehrenburg's memoirs were criticized by the more conservative faction among the Soviet writers, concentrated around the journal Oktyabr. For example, as the memoirs were published, Vsevolod Kochetov reflected on certain writers who are "burrowing in the rubbish heaps of their crackpot memories."

For the contemporary reader though, the work appears to have a distinctly Marxist-Leninist ideological flavor characteristic to a Soviet-era official writer.

He was also active in publishing the works by Osip Mandelstam when the latter had been posthumously rehabilitated but still largely unacceptable for censorship. Together with Vasily Grossman, Ehrenburg edited The Black Book that contains documentary accounts by Jewish survivors of the Holocaust in the Soviet Union and Poland. Ehrenburg was also active as a poet till his last days, depicting the events of World War II in Europe, the Holocaust and the destinies of Russian intellectuals.

Ehrenburg died in 1967 of prostate and bladder cancer, and was interred in Novodevichy Cemetery in Moscow, where his gravestone is adorned with a reproduction of his portrait drawn by his friend Pablo Picasso.

European Crossroad: A Soviet Journalist In the Balkans, Knopf, NY, 1947.

The Fall of Paris, Simon Publications, 2002.

The Storm, University Press of the Pacific, 2003.