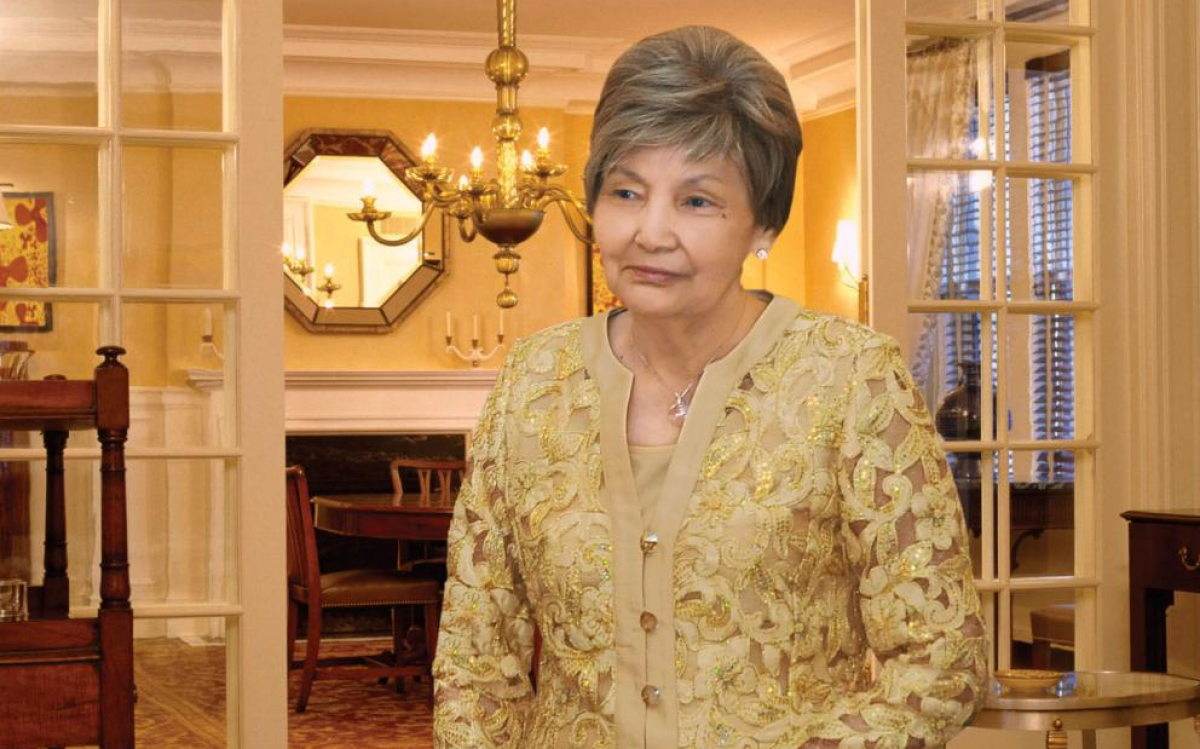 Fariza Ongarsynova (Sandugash Adayev) was born in 1939 in an aul Manash of the Novobogatinsk region of the Guryev area. Graduated from philological faculty of the Guryev teacher training college. After the graduation she worked as a teacher at rural schools.

The poetess began her journalistic activity in 1966 in editorial office of the Guryev Kommunisttik enbek regional newspaper where Ongarsynova worked as a literary employee. In 1969 she passed to work in Leninshil zhas newspaper editorial office as a special correspondent in the Guryev, Aktyubinsk, Ural areas. From 1970 till 1977 Ongarsynova was an editor of the Kazakhstan pionery republican pioneer newspaper. Since 1978 F.Ongarsynova was an editor-in-chief of the Pioner magazine.

In 1977 the Zhalyn publishing house published a collection of the poetess’ verses "Tenderness" in Russian language.

There are also a collection of art sketches the "Height", let out in 1976 by Kazakhstan publishing house and a documentary story "Kamshat" which was went out in Zhazushy publishing house.

Fariza Ongarsynova translated for children into the Kazakh language the stories written by the Moldavian writer S. Vangeli «Adventures to Gugutse», «The grandfather's minister», cycles of verses by S. Kaputikyan, E.Evtushenko, R. Kazakova, and also the book of the Chilean poet P. Neruda «Four times of heart».