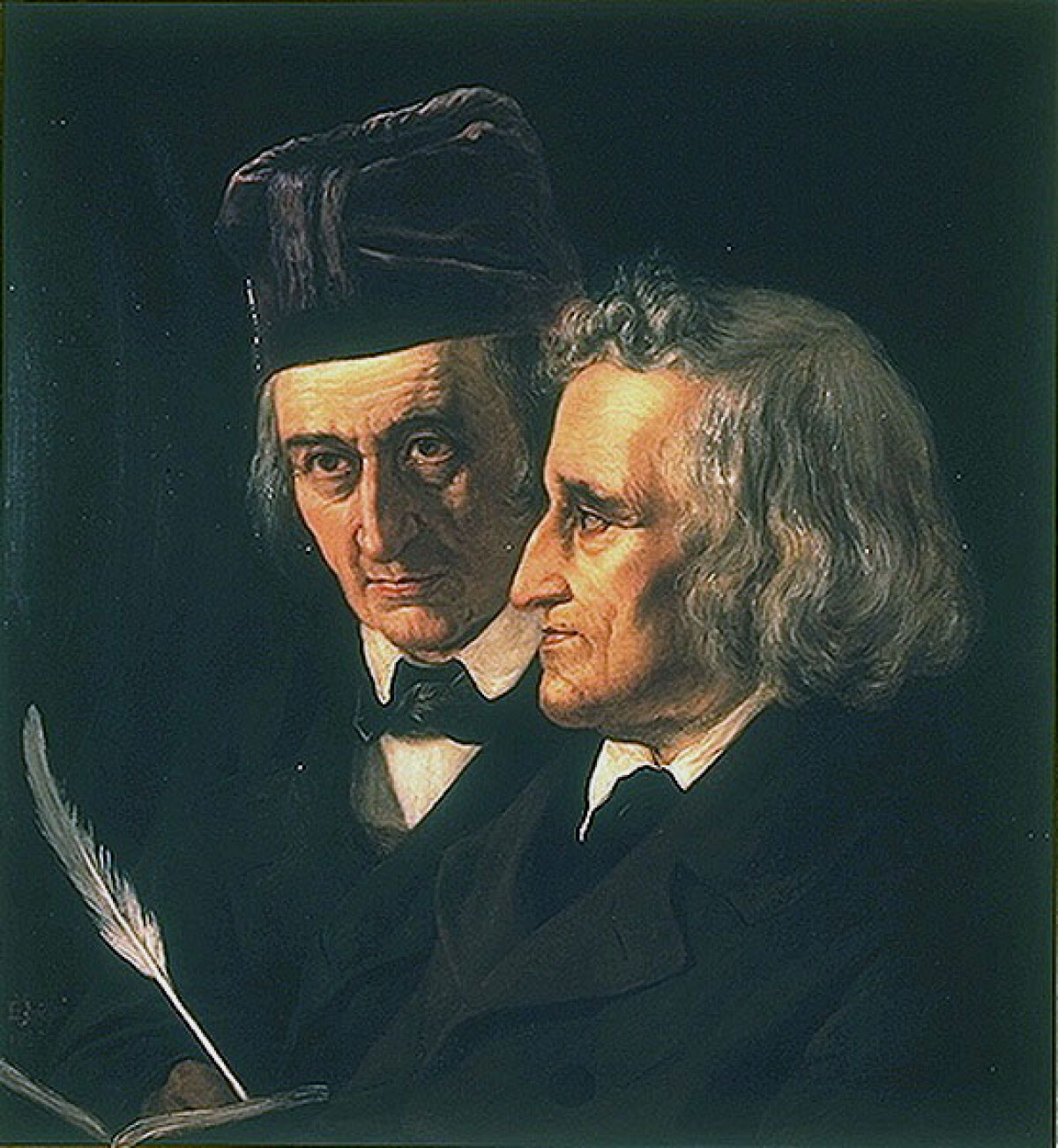 The Brothers Grimm, Jacob (1785–1863) and Wilhelm Grimm (1786–1859), were German academics, linguists, cultural researchers, lexicographers and authors who together specialized in collecting and publishing folklore during the 19th century. They were among the best-known storytellers of folk tales, and popularized stories such as "Cinderella", "The Frog Prince", "The Goose-Girl", "Hansel and Gretel", "Rapunzel", "Rumpelstiltskin","Sleeping Beauty", and "Snow White". Their first collection of folk tales, Children's and Household Tales, was published in 1812.

The brothers spent their formative years in the German town of Hanau. Their father's death in 1796 caused great poverty for the family and affected the brothers for many years after. They both attended the University of Marburg where they developed a curiosity about German folklore, which grew into a lifelong dedication to collecting German folk tales. The rise of romanticism during the 19th century revived interest in traditional folk stories, which to the brothers represented a pure form of national literature and culture. With the goal of researching a scholarly treatise on folk tales, they established a methodology for collecting and recording folk stories that became the basis for folklore studies. Between 1812 and 1857, their first collection was revised and republished many times, growing from 86 stories to more than 200. In addition to writing and modifying folk tales, the brothers wrote collections of well-respected German and Scandinavian mythologies, and in 1838 they began writing a definitive German dictionary, which they were unable to finish during their lifetime.

The popularity of the Grimms' best folk tales has endured well. The tales are available in more than 100 languages and have been later adapted by filmmakers including Lotte Reiniger and Walt Disney, with films such as Snow White and the Seven Dwarfs and Sleeping Beauty. In the mid-20th century, the tales were used as propaganda by the Third Reich; later in the 20th century psychologists such as Bruno Bettelheim reaffirmed the value of the work, in spite of the cruelty and violence in original versions of some of the tales, which the Grimms eventually sanitized.