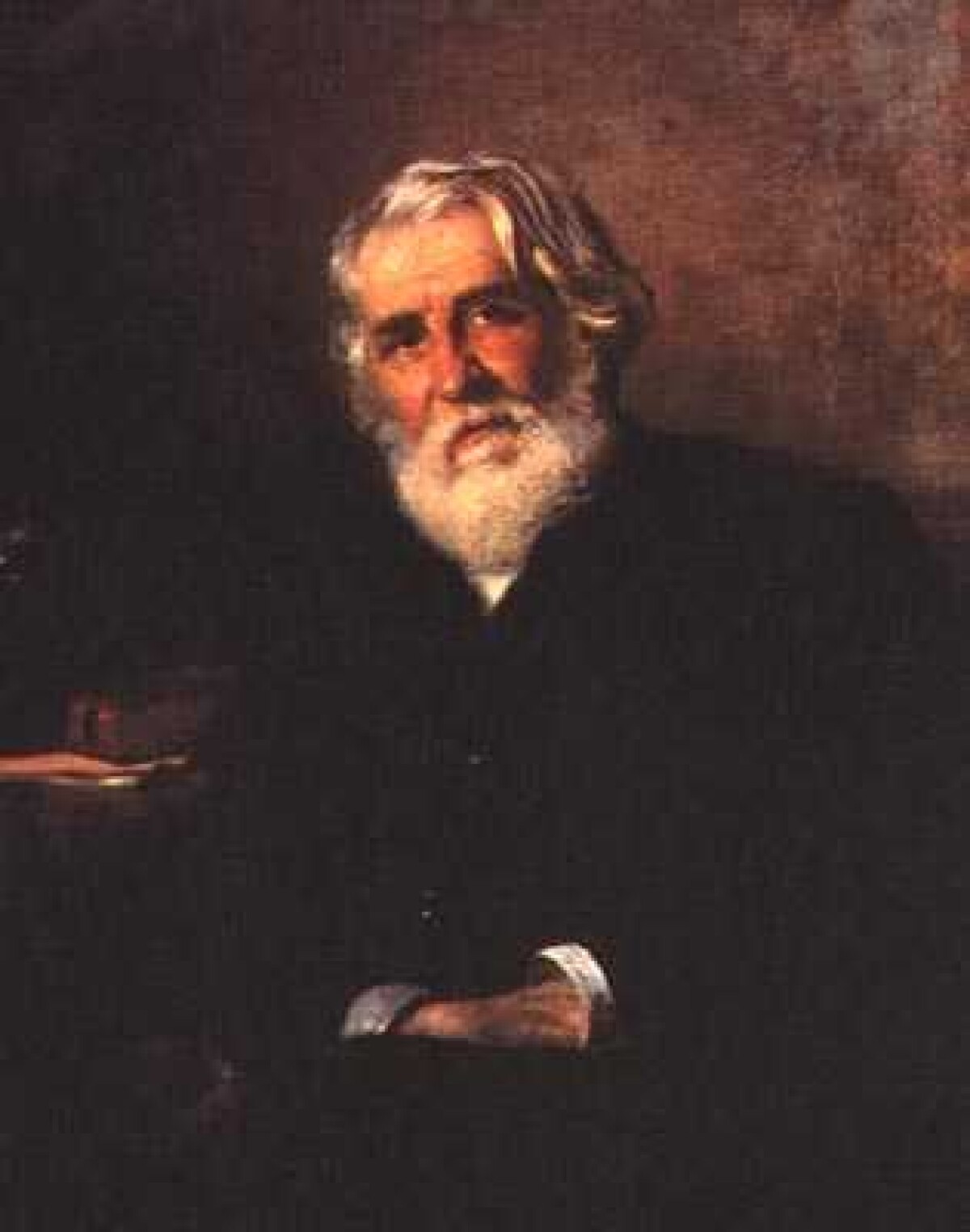 A great Russian writer was born in the city of Oryol, in the average noble family. He studied in the private boarding school in Moscow, later at universities in Moscow, Petersburg, Berlin. His literary path Turgenev started as a poet. In 1838-1847 years he wrote and published in the journals the lyrical poems and verses (“Parasha”, “Pomeshchik”, “Andrey”, and others).

At first Turgenev’s poetic art developed under the sign of romanticism, later in it prevailed realistic features. Transferring to prose in 1847 (“Khor and Kalinych” from future “The Hunter’s Sketches”) Turgenev left poetry, but in the end of life he created the remarkable cycle of “Verses in prose”.

He made a great influence on Russian and world literature. An outstanding master of psychological analysis, description of nature pictures created a number of social and psychological novels — “Rudin” (1856), “On the eve” (1860), “A Nest of the Gentry” (1859), “Fathers and Sons” (1862), in which he represented both representatives of     culture and new heroes of the epoch — raznochinetses and democrats.

His images of dedicated Russian women enriched the literary studies with a special term — “Turgenev girls”. In late novels “Smoke” (1867) and “Novj” (1877) he depicted the life of the Russians abroad. In the end of his life Turgenev appealed to the memoiristics and “Verses in prose” (1877-1882), where almost all his main topics were presented, and summary happens as if in the presence of the coming death. The writer died on 22 August (3 September) 1883 in Buzhival near Paris; was buried in the Volkov cemetery in St. Petersburg. Before death for over 1, 5 years he suffered much from the cruel disease (spinal cord tumor).