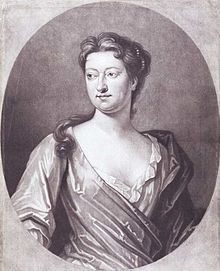 Rating:
Biography
Books
Audiobooks
Characters
Audio files
About author
Curators
Susanna Centlivre (1669 - 1723) was the most popular female comedic playwright of the 18th century. Although not hailed by the critics of her day, a time when women writers were an unsettling novelty, she enjoyed a certain celebrity. Accounts of Centlivre’s early years are an intriguing array of rumors and hearsay, but once in London she became a well-known dramatist and respectable wife of a royal cook. A prolific author, she wrote at least 16 plays, in addition to many poems and several collections of humorous letters. She was also known to be politically minded and a card-carrying Whig, often dedicating her plays to favored politicians, including the Duke of Cambridge who succeeded as George I, King of England in 1714. Centlivre’s circle of friends included many writers of the day, such as George Farquhar, Richard Steele, and fellow female playwright Mary Pix. Centlivre died at the approximate age of 54.
Little is known about Centlivre’s life before she began her writing career in London. She was reserved about her past, so even biographies written in her time are inconsistent. It is believed she was orphaned by age 12, after which she ran away to escape an unpleasant stepmother and joined a company of strolling players. Later it is said she disguised herself as a man to take classes at Cambridge and was also taken in by a French gentleman, who aided in her education. At the age of 15, she married the nephew of Sir Stephen Fox. Then the following year, she reportedly married an army officer named Carroll, though she was a widow before two years passed.
Arriving in London in 1700, she began her illustrious career. In that year her first play, The Perjured Husband, was produced at Drury Lane. Over the next few years, she had three more plays produced, as well as several letters published. Her first popular success, The Gamester, was produced in 1705, as was The Basset Table (adapted here as The Gaming Table). In addition to writing several more plays, during the following year Centlivre acted with a troupe in a performance of her play at Windsor Court, where she met Joseph Centlivre, who had a minor position at court. After their marriage in 1707, she wrote three of her most favored plays—The Busy Body, The Wonder, and A Bold Stroke for a Wife. Along with The Gamester, these hit plays continued in popularity long after Centlivre’s death and were produced both in Europe and the United States well into the 19th century.
Although not critically acclaimed and often criticized for using realistic street language for her characters, Centlivre enjoyed great popular success with her plot-driven comedies full of gags and wit. She defended her choice to write purely to entertain. Despite the many challenges facing a woman earning a living by her wits in the 1700s, Centlivre was adept at finding sponsors and patrons and attracting popular actors, including David Garrick, to ensure longstanding success.