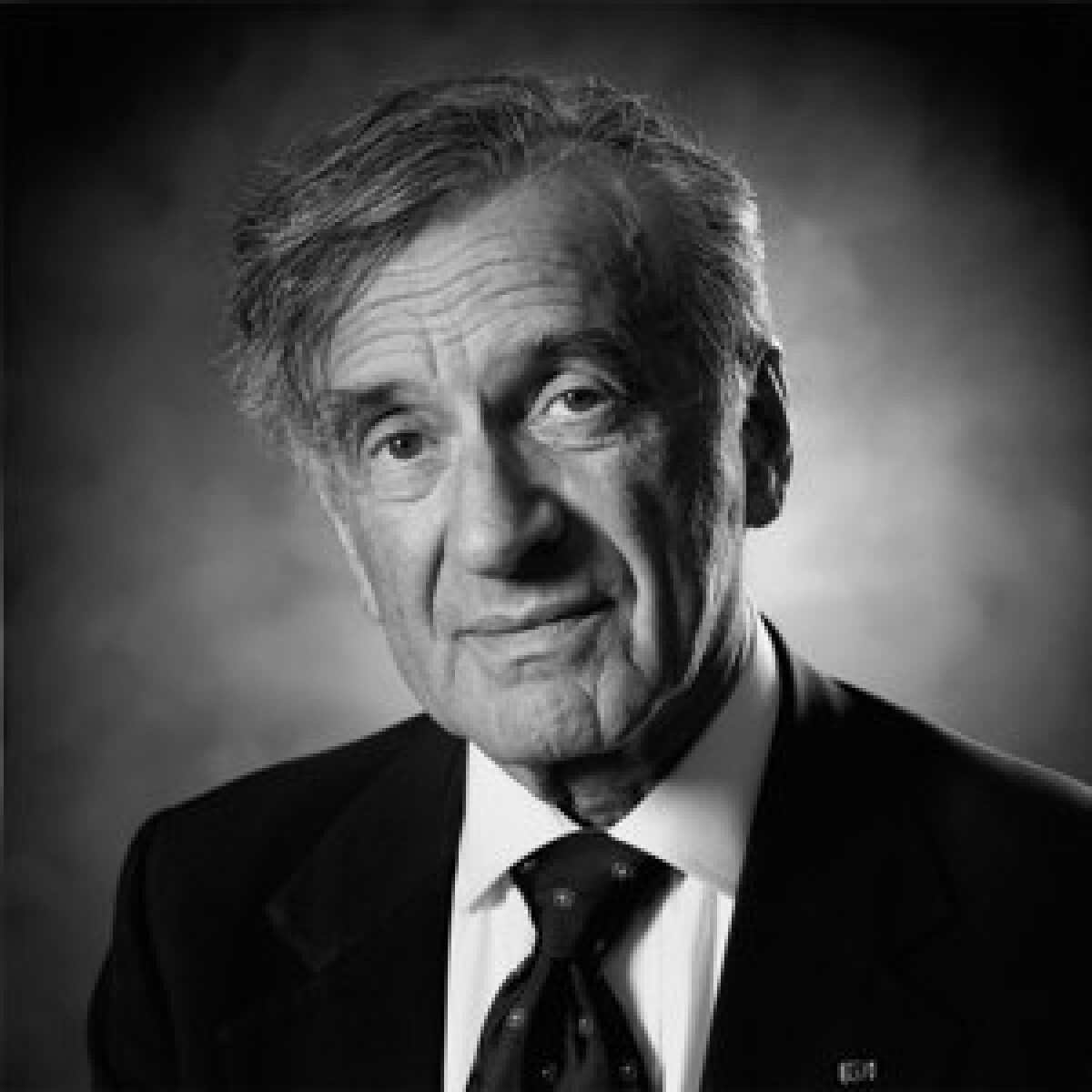 Biography
Elie Wiesel is a Nobel-Prize winning writer, teacher and activist known for the memoir Night, in which he recounts his experiences surviving the Holocaust.

Elie Wiesel was born Eliezer Wiesel on September 30, 1928, in Sighet, Transylvania, which would later become Romania. Wiesel, who grew up with three sisters and pursued religious studies at a nearby yeshiva, was influenced by the traditional spiritual beliefs of his grandfather and mother, as well as his father's liberal expressions of Judaism.

In 1944, Nazi Germany forced Jews who resided in Bulgaria, Hungary and Romania to relocate to labor and death camps in Poland. At the age of 15, Wiesel and his entire family were sent to Auschwitz as part of the Holocaust, which took the lives of more than 6 million Jews. Wiesel lived in the camps under deplorable, inhumane conditions, gradually starving, and was ultimately freed from Buchenwald in 1945. Of his relatives, only he and two of his sisters survived.

Wiesel went on to study at the Sorbonne in France from 1948-51 and took up journalism, writing for French and Israeli publications. His friend and colleague François Mauriac encouraged him to write about his experiences in the camps; Wiesel would publish in Yiddish the memoir And the World Would Remain Silent in 1956. The book was shortened and published in France as La Nuit, and as Night for English readers in 1960. The memoir became an acclaimed bestseller, translated into many languages, and is considered a seminal work on the terrors of the Holocaust. Night was followed by two novels, Dawn (1961) and Day (1962), to form a trilogy that looked closely at humankind’s destructive treatment of one another.

Wiesel went on to write dozens of books, including the novels Town of Luck (1962), The Gates of the Forest (1966) and The Oath (1973), and such nonfiction works as Souls on Fire: Portraits and Legends of Hasidic Masters (1982) and the memoir All Rivers Run to the Sea (1995). Wiesel has also become a revered international activist, orator and figure of peace over the years, speaking out against injustices perpetrated in an array of countries, including South Africa, Bosnia, Cambodia and Rwanda. In 1978, Wiesel was appointed chair of the President's Commission on the Holocaust by President Jimmy Carter. Additionally, he has been honored across the world with a number of awards, including the U.S. Presidential Medal of Freedom and the French Legion of Honor's Grand Croix.

Teaching is another passion of Wiesel's, having been appointed in the mid-1970s as Boston University's Andrew W. Mellon Professor in the Humanities. He has also taught Judaic studies at the City University of New York, and served as a visiting scholar at Yale.
Wiesel won the Nobel Peace Prize in 1986, and later founded the Elie Wiesel Foundation for Humanity with his wife Marion (Erster Rose) Wiesel.