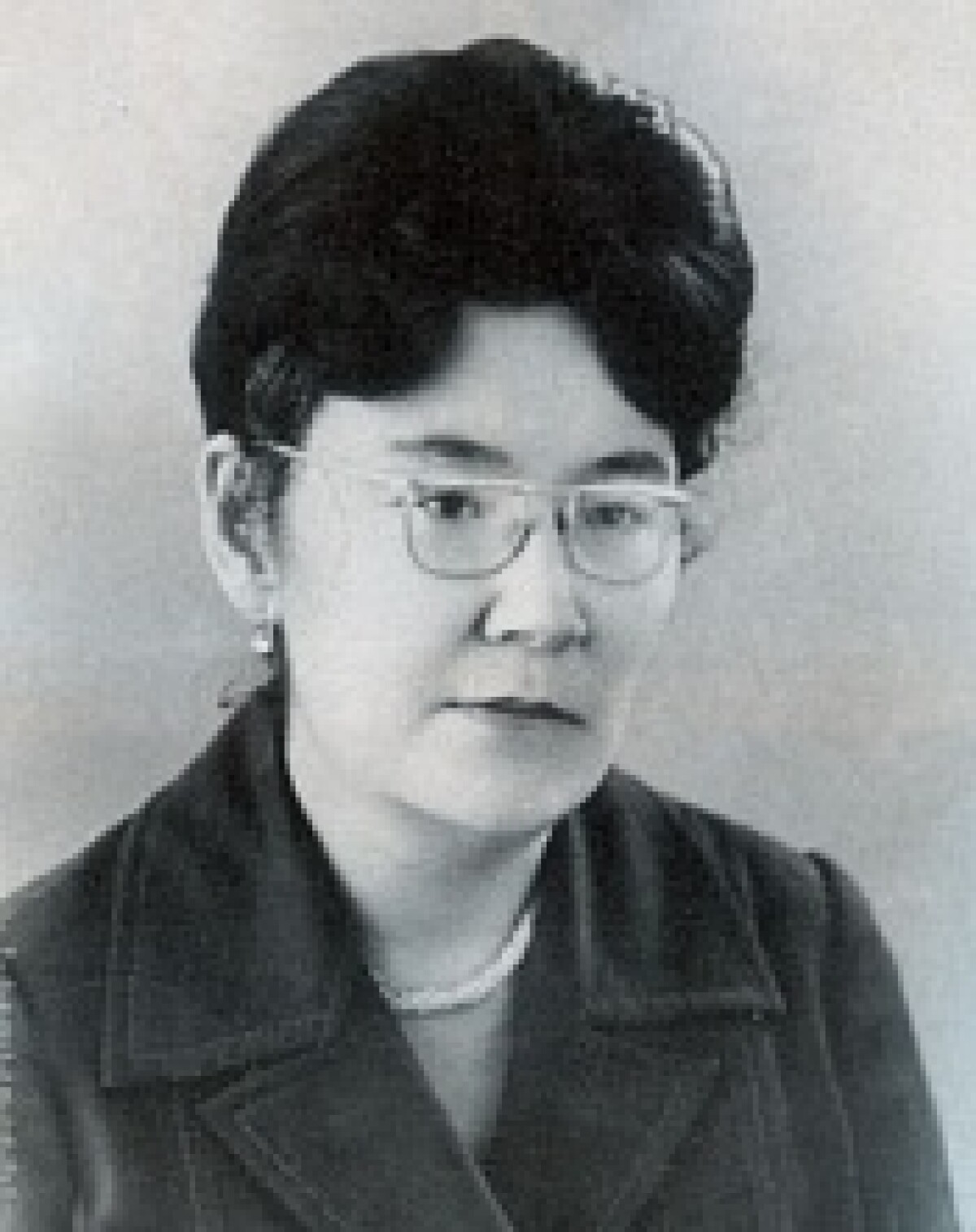 Satpaуeva Shamshiyabanu Kanyshevna philologist, literary critic, Doctor of philology (1972), professor (1988), corresponding member (1979), honored worker of science of the Republic of Kazakhstan (1991), the winner of an award named after Sh. Valikhanov (1990). Sh.K. Satpayeva was born on July 25, 1930 in natural boundary Airyk of Bayanaul area in Pavlodar region, in a family of the person who had a great influence on formation of her outlook, a choice of the course of life, who rose at sources of the Kazakhstan science, Kanysh Imantayevich Satpayev. Subsequently all the life, scientific activity of her proved that she is the worthy daughter of the father.

In 1950 Shamshiyabanu Kanyshevna graduated from philological faculty of the Kazakh teacher training college named after Abay. Also terminated postgraduate study of the Moscow State University, where started researching and defended the dissertation “The industrialization subject in art of Kazakh prose” in 1954. In 1954-1965 she worked as the teacher, then the associate professor of the Russian and foreign literature department at the Kazakh teacher training college. Especially brightly her abilities were shown at Institute of literature and art named after M.O. Auezov, where Sh. Satpayeva since 1965 was the senior research associate, then the manager of department. Here she successfully studied the Kazakh literature, its interrelations with literature of the people of the USSR and foreign countries. The unique collection “The Kazakh Literature in an Assessment of Foreign Criticism” became result of this work. In 1971 Sh.K. Satpayeva defended the doctoral dissertation on the subject “Kazakh and European Literary Communications of the XIX and First Half of the XX Centuries”. The monograph on this subject was highly appreciated in the allied and republican press, which was her big achievement.

In the 1970th Shamshiyabanu Kanyshevna represented philological science of Kazakhstan on several all-Union the scientific-theoretical conferences on actual problems of literary criticism. These years her books “Literary Communications”, “Subject Sides”, “L.N. Tolstoy in Kazakhstan” are published. At the same time her popular textbooks “Kazakh literature” for the 9-10th classes for the Russian schools and for the Russian students on philological faculties of higher education Institutions of Kazakhstan, and also the manual “Methodical Management” to these textbooks were created under her management.

In 1979 she was elected as a corresponding member of science Academy of the Kazakh Soviet Socialist Republic, and in 1980 she took the rank “The excellent student of the Kazakh Soviet Socialist Republic education”. The main scientific works of Sh. Satpayeva are devoted to research of history of the Kazakh literature, development of literary communications, life and Sh. Valikhanov's activity, a creative heritage of A. Baitursynov, founders of the Kazakh literature like Sh. Kudaiberdiyev, S. Seifullin, I. Zhansugurov, G. Mustafin and others. So, in 1982 her fundamental monograph “Kazakh Literature and East” was published. (From history of literary communications) the author considered a monograph task clarification of nature of communications and their value for development of the Kazakh national art word. In the book the material connected with such monuments as “Thousand and one night”, “Panchatantra”, “Kalila and Dimna”, are considered, works like “Shakh-Nam” of Firdousi, works of the Hafiz, Saadi, Dzhami, Nizami, Navoi are analyzed creative perception of these monuments by Kazakhs.

Brilliant philological education of Sh. K. Satpayeva, and the deeply experienced possession of the Kazakh and Russian languages allowed her to enrich considerably in Kazakhstan science about a literary translation.

The first as the researcher (Sh. Satpayeva) specifies, were translated into the Kazakh language “Hamlet” (1931) and “Othello” of Shakespeare (1939), “Life of Gargantua and of Pantagruel” of Rabelais (1938), “Don Quixote” Cervantes (1939) and other masterpieces of world classics.

For merits before country the honorary title “The honored worker of science of the Republic of Kazakhstan” was given to her in 1991.

Except the publication of many scientific articles, Sh.K. Satpayeva published books “Light World” (1996) in the Kazakh language, “Light of the center” (1999) in Russian, “Abikey Satpayev” (2000) in the Kazakh and Russian languages, “From different years” (2002).