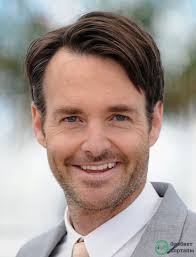 Will Forte is an American award-winning actor, writer, and producer best known for his acting and writing in the American comedy series ‘Saturday Night Live’ and comedy television series ‘The Last Man On Earth,’ which was also created by him. For his work in the latter, he was nominated for three ‘Emmy Awards’. He played the role of Philip Tandy Miller who survived the virus apocalypse in this series. Before embarking on an acting career, he took to writing as a profession, and also performed stand-up comedy with ‘The Groundlings’, a world-famous theatre and school in Los Angeles. He was appointed as a writer for many famous shows like ‘The David Letterman Show’, ‘The Army Show’, and others. Along with acting and writing, he has also been a voice-over artist, and has made guest appearances in various comedy shows. He is an impressionist as well, and has impersonated various well-known celebrities, politicians, and journalists like Brian Williams, Chad Lowe, President George W. Bush, and Timothy Geithner.