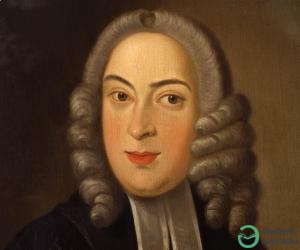 Edward Young, (baptized July 3, 1683, Upham, Hampshire, Eng.—died April 5, 1765, Welwyn, Hertfordshire), English poet, dramatist, and literary critic, author of The Complaint: or, Night Thoughts (1742–45), a long, didactic poem on death. The poem was inspired by the successive deaths of his stepdaughter, in 1736; her husband, in 1740; and Young’s wife, in 1741. The poem is a blank-verse dramatic monologue of nearly 10,000 lines, divided into nine parts, or “Nights.” It was enormously popular.

As a dramatist, Young lacked a theatrical sense, and his plays are rarely performed. Of them, The Revenge (Drury Lane, April 1721) is generally thought to be the best.

Young’s fame in Europe, particularly in Germany, was augmented by a prose work, the Conjectures on Original Composition (1759), addressed to his friend Samuel Richardson. It sums up succinctly and forcefully many strains of thought later regarded as Romantic.