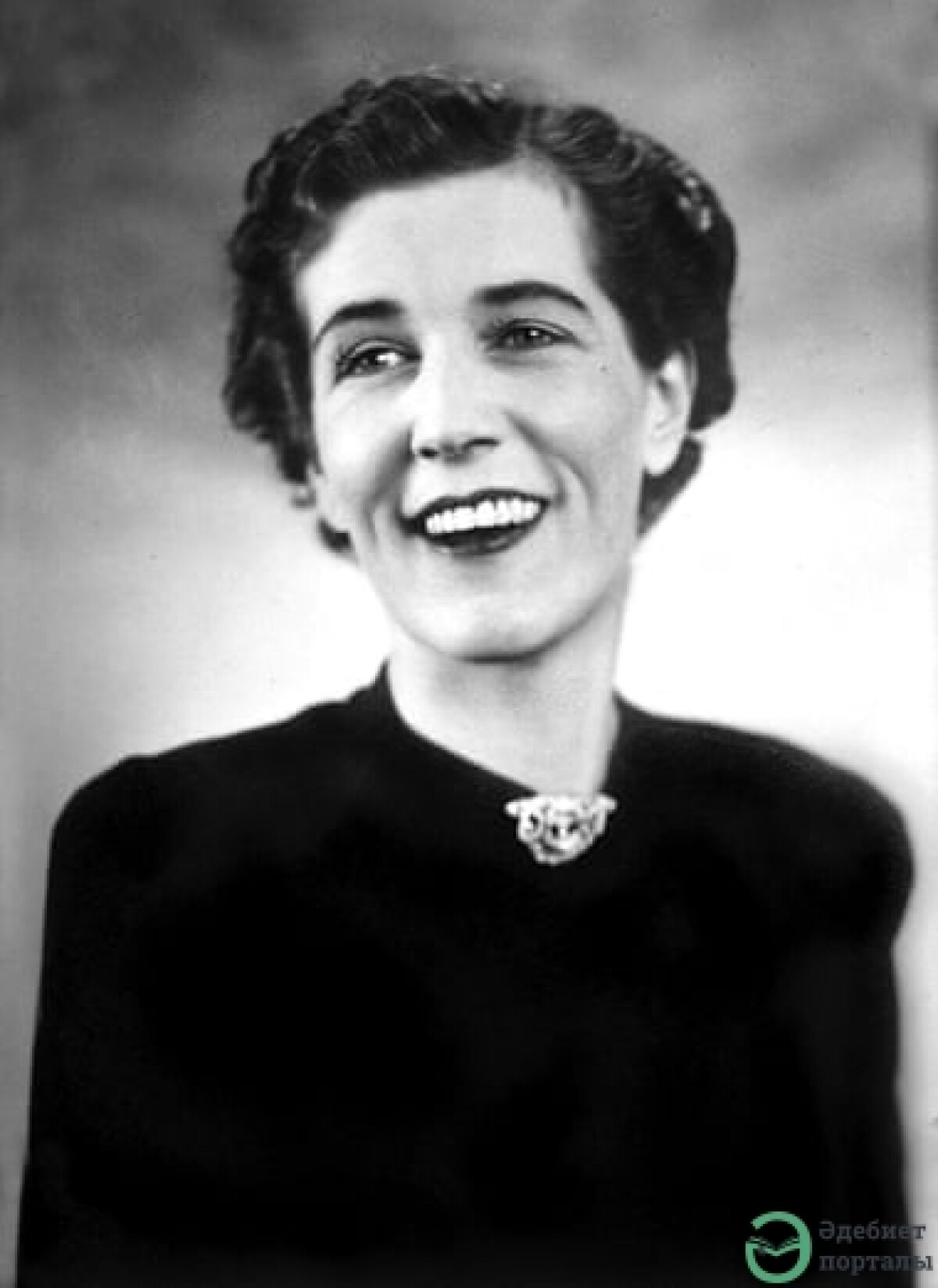 Georgette Heyer was born in Wimbledon on 16 August 1902. Her mother, Sylvia, was the daughter of a Thames tugboat owner and her father, George, had been raised as a gentleman by his Russian émigré father, being educated at King’s College School, London and Sydney Sussex College, Cambridge. After his family lost its money, George Heyer became a French teacher at his old school, King’s College, in 1897. Georgette’s birth was followed by that of Boris in 1906, and Frank in 1911.

Heyer’s first novel, The Black Moth, set in 1751, was first told to Boris when the 17-year-old Georgette Heyer, accompanying him on a convalescent holiday at Hastings, started telling him a historical adventure tale to relieve his (and presumably her) boredom. Her father encouraged her to write it down and, when completed, sent it to the literary agent Leonard P. Moore, an acquaintance of his. Moore promptly sold it to Constable in England and Houghton Mifflin in the USA, and it was published in 1921, when she was just 19.

The Black Moth was followed by a further two historicals – The Transformation of Philip Jettan (later republished minus its final chapter as Powder and Patch) and The Great Roxhythe, before she published her first contemporary, Instead of the Thorn, in 1923. The story of a young woman who is horrified by her first sexual experience with her older husband, it is a courageous book for an unmarried girl of the 1920s to have written, and one of the few Heyer novels which explores sexuality. All her contemporary novels are set amongst the upper-classes, but by the time the fourth one was published in 1930 this theme was beginning to be outdated, and after 1930 the only contemporaries she wrote were crime novels. Interestingly, although other authors such as Dorothy L. Sayers and Margery Allingham were using upper-class amateurs as their detectives, Heyer, when she came to invent a series detective, used two middle-class policemen, though she did use gentlemen detectives in the early books. It was only in her historical novels, where aristocratic protagonists were part of the genre, that she was able to continue her exploration of upper-class mores.

Heyer married Ronald Rougier in 1925, a few months after her father’s death. In Helen, a contemporary published in 1928, there is a scene where the heroine, a writer, gets out her manuscript for the first time since her father’s death and sees his pencilled corrections in the margin. She finds this hard to bear, but does so, going ‘dry-eyed and smiling’ about her business. Helen is the most autobiographical of her novels and one suspects this is an accurate depiction of Heyer’s own attitude to the loss of her father, whom she was very close to. In her Regencies she always deplored ‘wearing your heart on your sleeve’ and was not particularly sympathetic to those characters with an excess of ‘sensibility’. Always reserved, Heyer did not consider it good ton to inflict your personal sufferings on other people.

After her marriage, Heyer followed her husband, a mining engineer, to Tanganyika in 1927 and Macedonia in 1928. Here she wrote both the historical The Masqueraders(where, deep in the African bush, without recourse to reference libraries, she made one of her rare factual errors and got the date of the founding of White’s Club wrong by one year) and the contemporary Pastel.

Unhappy in his career, Ronald left his job, and they returned to England in 1929 where, after a failed partnership venture, he opened a sports shop in Horsham. Georgette Heyer was now the breadwinner of the family, writing one crime and one historical novel per year between 1934 and 1941.

Her first crime novel – Footsteps in the Dark – was published in 1932, the year she gave birth to her son, Richard Rougier. In 1935 she published the first novel set in the period with which she will always be associated, Regency Buck. Meanwhile, Ronald was studying to become a barrister and was called to the Bar in 1939. During the Second World War they lived in a service flat in Hove, where she wrote The Spanish Bride on her knee, but in 1942 the Rougiers seized the chance to fulfil a long-held ambition of Heyer’s and moved to the Albany, where they lived until 1966. They then moved to a flat in Jermyn Street, to move again in 1971 to a flat in Knightsbridge, where she wrote the last of her Regency novels, Lady of Quality, published in 1972.

Heyer’s historical novels can be divided into those set in the Georgian and Regency periods, other historical fiction and historical biography. The Georgian/Regencies can be further divided into the early adventure romances and the later comedies of manners. Of the books set in other periods, Simon the Coldheart is set in the time of Henry IV and its later sequel, Beauvallet, in the Elizabethan period. The Great Roxhytheis set during the last years of Charles II’s reign. These are not entirely successful – outside her beloved Georgian/Regency, she did not have an ear for period dialogue, and the books suffer in consequence.

Her historical biographies were also uneven. Royal Escape, the story of Charles II’s escape to France after the Battle of Worcester, has flashes of brilliance, where the characters, particularly of Charles, come alive, but her meticulous research led her into giving too much detail for the general reader. The Conqueror, which follows the life of William the Conqueror from birth to his coronation as England’s king in 1066, shows her ability at describing battle scenes, but the main character remains an enigma, and the dialogue is stilted. My Lord John, the story of Henry V’s brother, John, Duke of Bedford, which she was working on when she died, is, for many readers, impenetrable.

Heyer was more successful with The Spanish Bride, which is based on the Autobiography of Sir Harry Smith, Governor-General of South Africa. Set during the Peninsular War and the Battle of Waterloo, it is the story of the then Brigade-Major Harry Smith and his fourteen-year-old Spanish bride, Juana. In this novel, the background of murderous battles and long, killing marches melds seamlessly with the love story of the main protagonists, who are lively characters who remain in the memory long after the story is finished. Whatever the faults of her books, Heyer always had the ability to lift a character off the page and into the reader’s imagination.

Although not a romance novelist, one of Heyer’s consistent themes is the triumph of love over adversity. This is very evident in some of her novels – both These Old Shadesand The Reluctant Widow have Cinderella-type plots, where the hero rescues the heroine from poverty and restores her social status – but not so evident in others. In Venetia, for example, the heroine’s marriage to the hero is seen by some of the characters (including the hero), not as a way out of her difficulties, but as an event to be avoided at all costs. In False Colours, although the heroine wants to marry in order to escape from her father’s home, where she is unhappy, the plot turns on the difficulties that ensue when one twin impersonates another.

Impersonation, or disguise, is another of Heyer’s themes in the early novels. Her first historical, The Black Moth, has an aristocratic hero, Jack, living as a highwayman; in Powder and Patch, the hero, Philip, is transformed from a country bumpkin into a Court gallant and in These Old Shades, The Masqueraders and The Corinthian there are cross-gender disguises. All these novels enabled her to explore not just gender difference, but also masculinities – Jack is first seen as a fop, but underneath the exquisite clothes is a man of both physical and moral strength; Philip may adopt the persona of an elegant wit, but he is also masterful, and an excellent sword fighter.

More secure in her craft, in her later books Heyer had no need to use cross-gender disguises in order to create a heroine with masculine traits. The eponymous heroine of The Grand Sophy has been with her father in Europe during the Napoleonic Wars. She subscribes to the male code of conduct, is able to ride and shoot like a man, keeps a cool head in an emergency, and is decisive in her actions. But she retains a feminine charm that draws men to her. No feminist herself, Heyer created many capable heroines who break out of the mould of accepted feminine behaviour and who are admired by feminists.

Another reason for feminists’ admiration of Heyer is the way she plays with romantic conventions. For instance, in a quarrel with the hero the Grand Sophy starts to cry, and then admits she can summon tears on command. In The Quiet Gentleman it is not the beautiful ingenue who is the heroine, but the plain, sensible woman whom the hero falls in love with. In Cotillion it is not the dashing rake who wins the love of the heroine, but the less showy man who has a social address the heroine admires.

Heyer also upsets the conventional idea of romantic love. In A Civil Contract it is not love as a sweeping passion that overcomes all obstacles that is endorsed, but more a quiet, placid love that is rooted in domesticity and the shared daily round of the hero and heroine. In other novels, however, she depicts other elements of love. In the early novels love is based on passion, and in e.g. Regency Buck, that passion is based on an initial antipathy, but in later novels she explores young love (Friday’s Child), mature love (The Nonesuch), love as a protective emotion (April Lady), and love based on friendship (Sprig Muslin). Above all this, however, there is humour. Love, or rather marriage, Heyer says, can survive anything if the couple share a sense of humour. Gifted with the ability to move her readers to tears as well as laughter, Heyer always emphasised the laughter.

A lifelong smoker, Georgette Heyer died of lung cancer on 4 July 1974. Through her own love for one particular period of British history, in her writing life she forged a new sub-genre of historical novel – ‘the Regency’. And with her wit, her page-turning writing ability, and her genius at bringing characters to life, she still brings new admirers to her novels, nearly 30 years after her death.

Dates given refer to first publication in Great Britain

Footsteps in the Dark 1932, Longman

They Found Him Dead 1937, Hodder & Stoughton