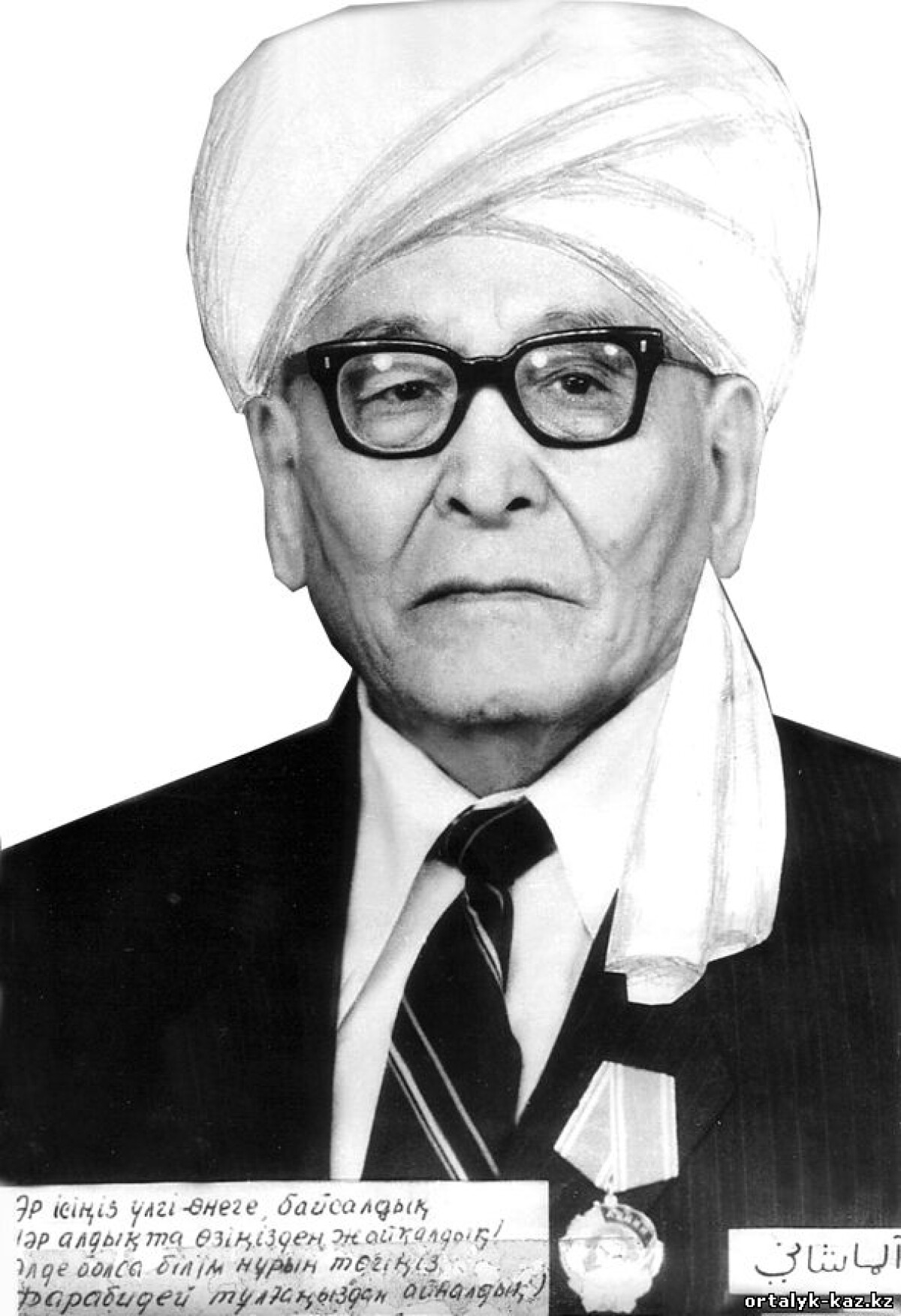 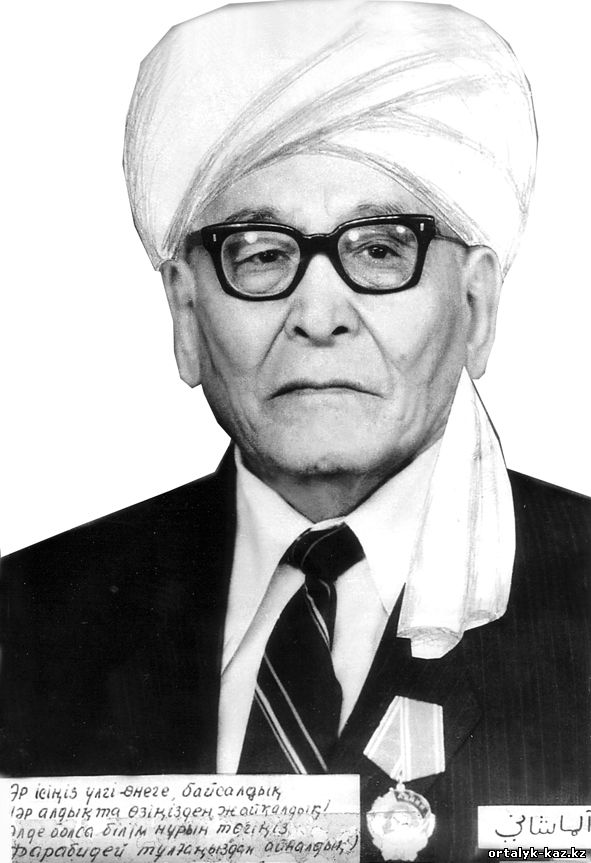 
Born in Karagandy region. The results of in-depth studies of A.Mashanov widely known abroad. Deep knowledge in the field of geology, mathematics, geometry, mechanics and mining allowed him to create a new scientific direction in mining - geomechanics.


He is the founder of school of geomechanics not only in the Kazakhstan but in whole USSR. He participated in the discoveries of Akbastau-Kusmuryn, Leninogorsk, Zyryanovsk, Torgai, Zhezkazgan and Karatau field areas.


A.Mashani - founder of Kazakh science fiction, author of the novels "Journey into the depths of the earth", "Secret Land", Kazakh-Russian and Russian-Kazakh dictionary of mining, geology and metallurgy.


A wide scientific outlook, knowledge of Arabic for Aqzhan Zhaksybekuly allowed to make one of the most important of his works - the opening to the world the role of the great scholar Abu Nasir al-Farabi. Scientist have read many books of Abu Nasir al-Farabi, and proved that he - Kazakh, was born in Otyrar, which was a major center of ancient culture of Kazakhstan and Central Asia, once bore the name of Farab, hence the name of the great scientist.


By studying the works of the great philosopher, scientist, mathematician and astronomer, A.Mashani came to the conclusion that in the book of the German astronomer Johannes Kepler "Music heaven" many facts and datas are taken from the labor of Al-Farabi "Kitab al-Kabir al-music." He found the grave of Abu Nasr al-Farabi in the cemetery of Bab al-Saghir in Damascus (Syria), sought to install a memorial plaque - qulpytas.


In the historical novel "Al-Farabi" he described his artistic image, in his treatise "Al-Farabi and Abay" explored the scientific and spiritual bond between two persons.


For in-depth research heritage of Al-Farabi the Arabian scientists have assigned to him an muslim name "al'Mashany", which he accepted and began to sign by it new scientific works ("Ai Arysi", "Geomechanics"). In 1972, when al-Farabi celebrated 1100 years Aqzhan Mashanov became the initiator of the Almaty international conference with the participation of eminent scientists of the world. In 2001, during the celebration of the anniversary of Al-Farabi Kazakh National University in Kazakhstan, Academician posthumously awarded the prize named after Al-Farabi Kazakh National University and was awarded the certificate number 1.


He also studied the cultural heritage, science, history of Islamic science of Turkic-speaking countries. According to him, Islam - a profound concept that requires a comprehensive education and high humanism. His understanding of Islam, he expressed in his book "Taboo" in the manuscript "Scientific fundamentals of Islam."


All his life he continued to study and learn, saying, "The measure of humanity - a well-rounded education, so it is necessary to know and study the history of the sciences." He has published over 355 scientific work papers. 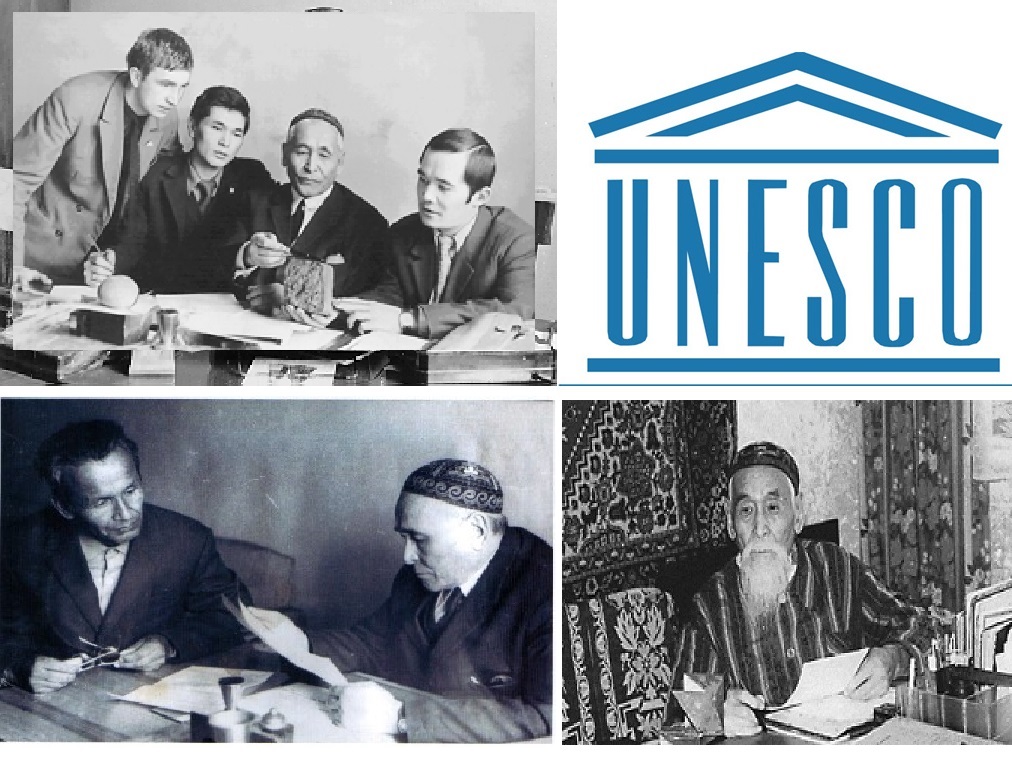 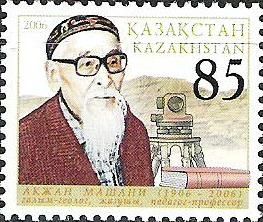 According to the decision of UNESCO in 2006 declared the Year of the century al-Mashani. In 2006, Kazpost issued a stamp dedicated to the centennial of the scientist. In the name of the scientist named one of the streets of Almaty, natural and Humanities Institute of the Kazakh National Technical University named after K. Satpaev.


Aqzhan Mashani was surprisingly versatile talented man, his long and fruitful life is almost all the time was associated with a higher education institution - the Kazakh Mining and Metallurgical Institute, now it is - the Kazakh State National Universitynamed after Kanysh Satpayev.


In 1939, A. Mashanov graduated from the university with a degree in mining engineer-geologist and became the first graduate student of the Institute. 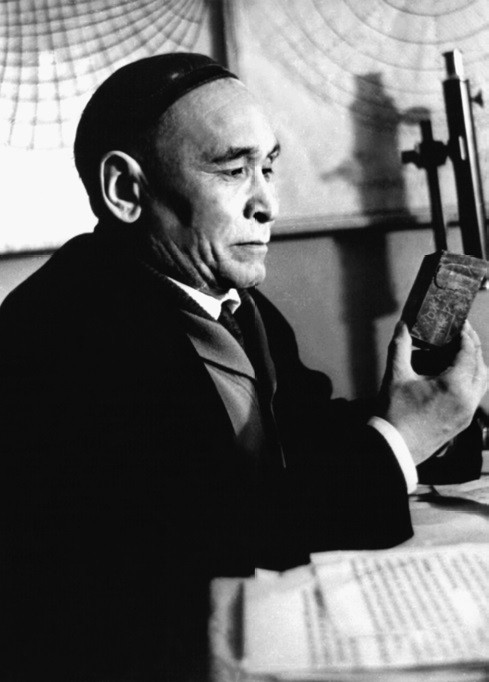 
In the same year A. Mashanov takes part in the establishment of the Academy of Sciences of the Republic of Kazakhstan.


In 1943-1959 gg. Kazakh researcher. F.A.N. of the KazSSR, since 1960 head. the Department Kaz IPT.The main direction of scientific activity is to study the mechanical properties of the array in the management of various mining and geological works related to exploration and development mineral resources.


Mashanov A.Zh. developed the theory of strength of rocks. On the basis of his technique in many mining enterprises of the republic produced socio-economic effekty6 discovered new fields of minerals, especially copper pyrite. He is a pioneer Akbastau-Kokmurin fields.


Major works: "The mechanics of rock mass" (1961). "Crystallography Mineralogy and petrography" (1969), "Fundamentals of geochemists rocky-fractured rock" (1985) and others. He is the author of textbooks on geology and mining. A number of works devoted to research by A.Zh.Mashanov is scientific heritage of the great thinker of the East Al-Farabi: "Al Farabi" (1970), "Cosmology al-Farabi" (1971), "The astronomical heritage of Al-Farabi" (1975) and others.