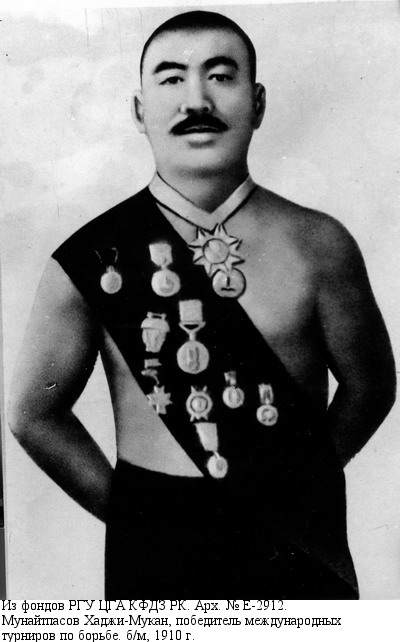 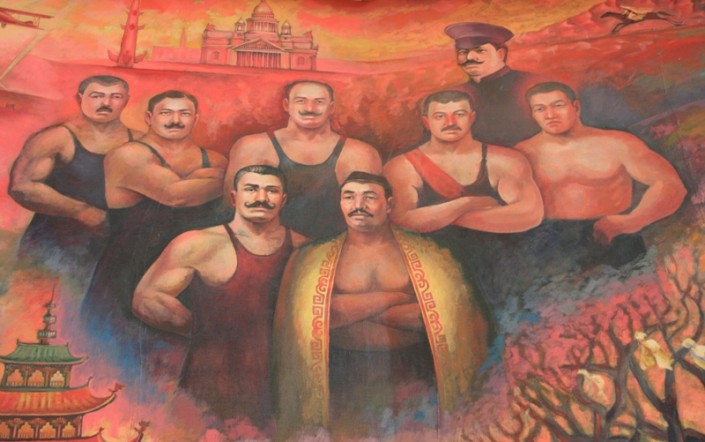 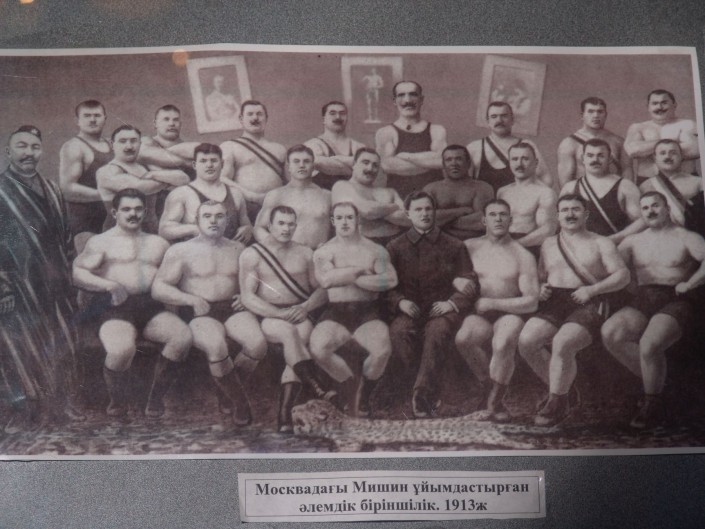 In 1940 already considerably aged Hadzhimukan solves the last time to speak to the public and this finish his long career. But after the beginning of the Great Patriotic many circus artists of the last pass on their savings to help the front and Hadzhimukan, do not want to keep up with your friends, organize a circus tent, and speaks to the audience in order to raise funds to help the Soviet soldiers. Using simple props - a hammer, chains and weights - touring the auls. Seventy-year old man again makes power moves. Sometimes, finding no lorry-truck, but instead falls under the barn gate and through it paces the whole village. Last performance Hadzhimukan held in 1944 in the South Kazakhstan region and the money collected in the amount of 100 thousand rubles, surrendered to the Foundation of Defense. On the collected money he requested to present on behalf of the Soviet army aircraft (U-2 model), which will be named after another legendary Kazakh Amangeldy Imanov. In response to a request Hadzhimukana it comes thanksgiving telegram from Stalin, in which he meets his request. Take my greetings and gratitude to the Red Army, Comrade. Haji Flour, for your concern about the air force of the Red Army. Your desire will ispolneno- Stalin. This aircraft, solemnly awarded by Hadzhimukanom, under the control of a young pilot-Kazakh Kazhytaya Shalabayeva fought in the Baltic and Leningrad fronts, made 217 sorties (of which 120 night) and stayed in the air 430 hours. In the last years of his life he Hadzhimukan go unnoticed by the authorities and was forced to sell the coin to keep his large family. He was denied access to his old friend Ivan Poddubny, whose fate was tragic too. Many fighters, including himself Hadzhimukan, were harassed by the NKVD for allegedly serve "tsarism" and other "crimes". Despite this, his authority Hadzhimukan helps families who, during the repression came under the "cannibalization." Despite all the credit to his country, at the end of his life he was left without the support of the local authorities and presumably died of pneumonia due to living in subhuman conditions. 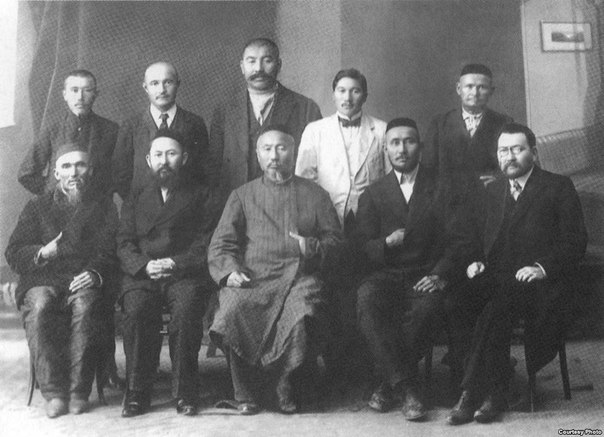 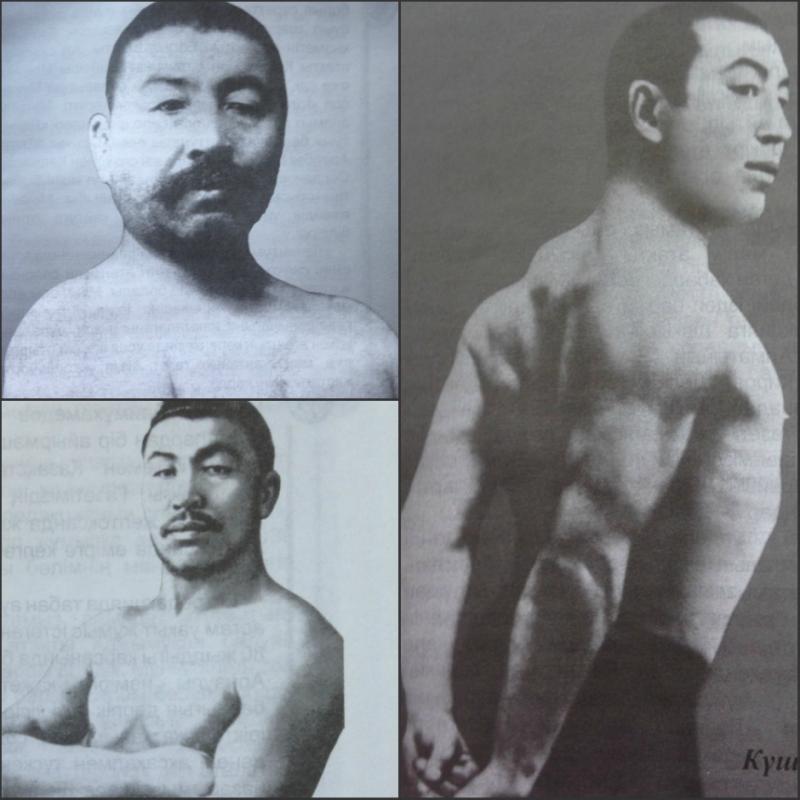