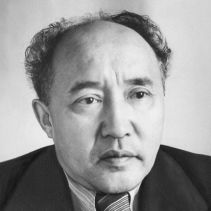 
Теги: kokserek, grey_cruel-hearted, grey_fierce, mukhtar auezov, Kazakhstan, story, Qazaqstan
Share:
Similar articles
#REVIEW
Sabit Dossanov: “The book helps us to live as a human being”
974
#REVIEW
About the creative path of Mukhtar Shakhanov
1180
#REVIEW
About the book “Az i Ya” by Olzhas Suleimenov
1152