The British Library has opened up a vast online collection of literary treasures and scholarly articles via its new website, Discovering Literature, in a bid to pique young students' interest in classic books. 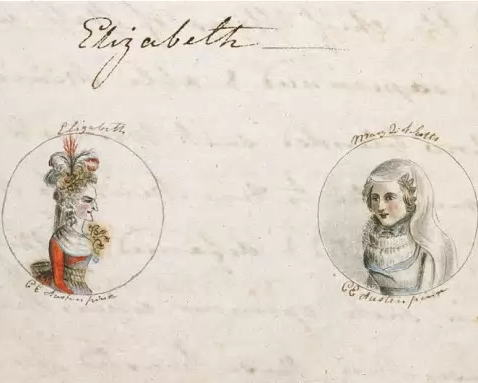 The new project covers the Romantic and Victorian periods, from William Blake to the science fiction of H G Wells. However, the British Library aims to extend this online collection up to present day authors and as far back in time as the Old English epic Beowulf.

Among the artefacts digitalised for the first time are Jane Austen's notebooks, the childhood works of the Brontë sisters, manuscripts by Keats, Wordsworth and many others plus intriguing early drafts of William Blake's classic poems 'Tyger Tyger' and 'London'.

To bring these treasures to life, the British Library has commissioned over 150 articles and 20 short films from leading scholars designed to illuminate the changing society and cultural scene behind the literature. Focussing on individual authors or more broadly ranging, the topics are illustrated with newspaper clippings, playbills, artworks and other contemporary material.

The article on Crime in Oliver Twist, for instance, uses an 1809 Dictionary of Criminal Slang to reveal that "twist" was a word for "hanged", while the article on Inventing the Future uses satirical cartoons and works such as Mary Shelley's Frankenstein to explain how the the Industrial Revolution's technological advances inspired nineteenth century writers to set their novels in the future. 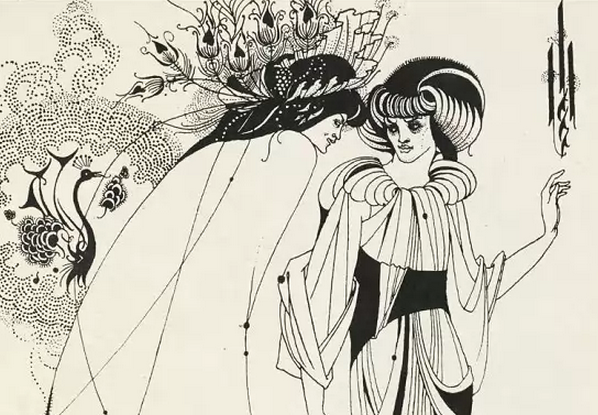 The digitalised artefacts contain their surprises, too. A new side to Jane Austen emerges from her precocious childhood work, "A History of England" by, in her own words, "a partial, prejudiced & ignorant historian." This humorous account of England from Henry IV to Charles I begins with a note on the first page, remarking: "There will be very few Dates in this history". Austen's brief and opinionated narrations of each monarch's reign are punctuated by her own illustrations.

The British Library has also attempted to make classic books seem less unassailable to students by pointing to the negative responses these works attracted in their day. The collection includes a pamphlet vehemently defending the Clergy Daughters' School, an institution attended by both Brontë sisters and widely believed to have been attacked in Jane Eyre as Lowood School. The founder Rev H Shepheard thunders: "the charges made against the school and its founder are erroneous and unjust ... uncontradicted calumnies."

A poll commissioned by the British Library to coincide with the project's launch finds that 86 per cent of English teachers say that classic literature risks being underappreciated by today's students unless more is done to inspire them. Bethan Marshall, the chair of the National Association for the Teaching of English, has welcomed the Discovering Literature project wholeheartedly: "It can be challenging to get young people excited about texts that were written hundreds of years ago. However, showing students [...] a contemporary letter from someone criticising Jane Austen's Pride and Prejudice as 'downright nonsense' makes a text, which might seem remote to a 15-year-old, suddenly become relevant."

The Discovering Literature database has been designed with British schools and students in mind — many of its selected texts support the GCSE curricula, for example — but is accessible to anyone: its broader aim is to connect classic literature with a wider audience.

The 100-year-old philanthropist Naim Dangoor, whose support has been key to the project, commented: "We are delighted to be associated with this initiative which widens the role of the British Library and invites the whole world in to sample the delights of the nation's literary heritage."

1. So powerfully convincing was actor Richard Mansfield's on-stage transformation from Dr Jekyll to the psychotic thug Mr Hyde in the stage adaptation of Stevenson's 1886 classic that he was accused of being the real-life criminal Jack the Ripper.

2. HG Wells and William Morris were both committed socialists, an ideology expressed in their respective works "The Time Machine" and "News from Nowhere". When Wells visited Morris at home in Hammersmith, he wore a red tie to show his affiliation.

3. The arrival of the railways shaped how the Victorian public read: the bookseller W H Smith spied a captive market and his network of station bookstalls, selling cheap novels, grew to over 1000.

4. Charles Dickens vilified the Pre-Raphaelite Brotherhood in the press, damning the paintings of John Everett Millais as "the lowest depths of what is mean, odious, repulsive and revolting".

5. Far from the Madding Crowd was the first of Thomas Hardy's novels to use the term Wessex to identify a partly real, partly dream setting in south west England.

Share:
Similar articles
#LITERARY NEWS
‘English Rakugo Show’ took place in Nur-Sultan
1643
#LITERARY NEWS
Astana hosts an Eurasian Literary Forum under a title “The Power of a Word in a Modern World” these days
3556
#LITERARY NEWS
It has been 93 years since the Union of Writers of Qazaqstan was established.
8439