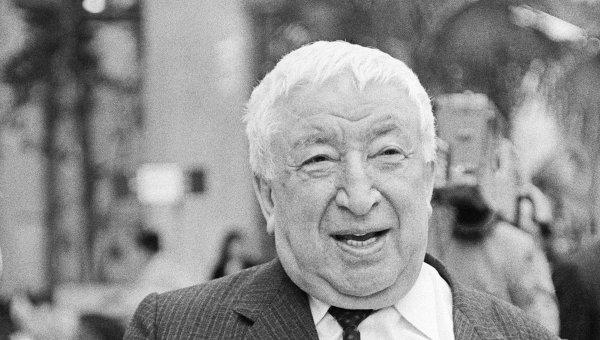 Rasul Gamzatovich Gamzatov (8 September 1923 – 3 November 2003) was probably the most famous poet writing in the Avar language. Among his poems was Zhuravli, which became a well-known Soviet song.

He was born on September 8, 1923, in the Avar village of Tsada in the north-east Caucasus. His father, Gamzat Tsadasa, was a well-known bard, heir to the ancient tradition of minstrelsy still thriving in the mountains. He was eleven when he wrote his first verse about a group of local boys who ran down to the clearing where an airplane had landed for the first time. His father was the teacher who taught him the art of writing poetry.

R.Gamzatov became very popular in Kazakhstan thanks to his poems that were translated into Kazakh.

Gamzatov was awarded the prestigious State Stalin Prize in 1952, The Lenin Prize in 1963, and Laureate Of The International Botev Prize in 1981.

Share:
Similar articles
#LITERARY NEWS
‘English Rakugo Show’ took place in Nur-Sultan
1649
#LITERARY NEWS
Astana hosts an Eurasian Literary Forum under a title “The Power of a Word in a Modern World” these days
3579
#LITERARY NEWS
It has been 93 years since the Union of Writers of Qazaqstan was established.
8531