Debut novelists and past winners are among the longlisted authors for the prestigious Australian Miles Franklin literary award, revealed on Thursday. 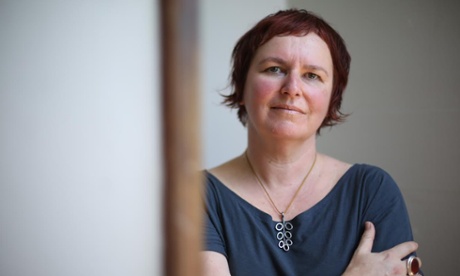 First awarded in 1957, the Miles Franklin book prize is one of the highest literary honours in the country, celebrating Australian literature which features aspects of Australian life.

Nominees this year include two authors for their first novels. One of these is Fiona McFarlane, whose book The Night Guest was also shortlisted last month for the all-female literary award, the Stella prize.

Tracy Farr’s debut novel The Life and Loves of Lena Gaunt also makes the list. Known for her short fiction, Farr told Guardian Australia she was surprised and proud to have her first longform book listed.

“I’m a little bit overwhelmed. It’s been lovely,” said Farr, who has known for about a week. “I didn’t know who else was on the longlist, I’ve just been absorbing that today … They’re stunners.”

Farr’s novel is a fictional biography of a formerly famous theremin player, invited to play at an electronic music festival when she is in her 80s. The novel then follows the relationship between Lena and a filmmaker who sees her play and wants to make a documentary, as well as telling her life story.

This structure assisted the leap from short to long fiction, said Farr. “I was almost able to trick myself into writing a couple of chapters as short stories,” she told Guardian Australia. “But that meant at a certain point ... I had to make all those pieces work together. It’s possibly not a method I’d recommend but it was a lovely learning experience,” she said.

The longlist was whittled down from 53 submissions.

“It was a strong field this year,” prize judge Craig Munro said. “To get it down to 11 took quite a bit of discussion. The longlist is very varied.”

The majority of the longlisted entries are set in rural or regional Australia, said Munro, and seven are by female authors.

On the longlist are two previous winners, Alexis Wright and Tim Winton, who has won the prize four times previously. Wright, who won the Miles Franklin award in 2007 for her novel Carpentaria, is also a Stella prize shortlisted author.

The longlist’s gender balance could help the prize keep a recurring controversy at bay. The composition of the shortlist has come under scrutiny in recent years following the all-male rollcall in 2009 and 2011, which was one of the factors that led to the creation of the Stella prize. Last year’s shortlist was all-female.

Munro said: “We certainly don’t set out to have any kind of gender theme. It’s only in the last couple days that I’ve counted up the number. [This year] 32 of the 53 entries were by women.”

Missing from the list are a couple of notable successes. Christos Tsiolkas’ Barracuda was among the 53 but did not make the cut.

“There was quite a bit of discussion about Barracuda,” said Munro.

Hannah Kent’s global success Burial Rites was not submitted, said Munro, probably due to it not featuring Australian life.

Similar articles
#LITERARY NEWS
‘English Rakugo Show’ took place in Nur-Sultan
1860
#LITERARY NEWS
Astana hosts an Eurasian Literary Forum under a title “The Power of a Word in a Modern World” these days
4350
#LITERARY NEWS
It has been 93 years since the Union of Writers of Qazaqstan was established.
10233