A friend among foes, a foe among friends? Literary Portal about Herold Belger passed away at the age of 81 last year - this year he could turn to 82 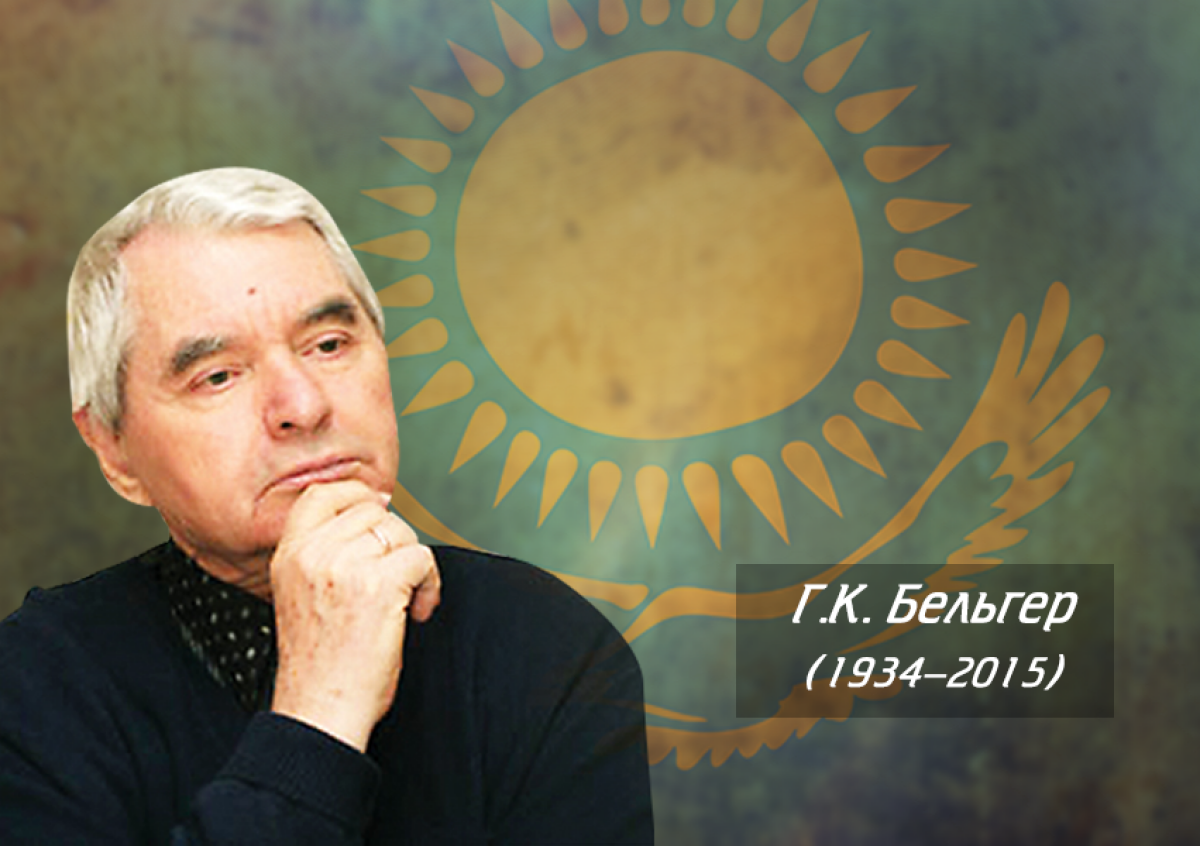 On October 28, 2016 would have turned 82 years a unique Kazakh literary writer Herold Belger, who is equally talented written in three languages - Kazakh, Russian and German.

Herold Belger, a Kazakhstani writer, publicist, literary critic and talented translator, passed away last year 2015 February 7 at the age of 81...

Herold Belger was born in Volga German Autonomy in Russian Soviet Socialist Republic In 1941, when he was seven, his family was forcefully moved to Kazakhstan, like thousands of other Volga Germans, who had been living in Volga German Autonomy for two centuries prior to WWII. It just so happened it. The German, who was exiled and deported to a foreign country for the sins of others as a potential criminal and offender, eventually absorbed in itself as much of Kazakh identity and culture, which is not really much you can find  in themselves of today's Kazakhs. And here already on 26 th September 2016 is like "The fall of the Patriarch" on a court yard today, and that's how Gereke (Herold Berger) slowly walked in this season of the year near the monument of Shokan Ualikhanov, reeled thoughtful circles and quite just like Abai was complaining about present life: "Oh my gosh, oh my Kazakhs, oh my poor people ... ".  You know, it's so weird and odd, how sometimes - just occasionally the destiny presents to us the strange metamorphosis  or teaches us to live no matter what our fate. He was a little boy. He was just simply and merely seven years. Herold lived near the shores of the mighty Volga(Edil named after Atilla) River, in his house, in an atmosphere of love and kindness, surrounded by numerous relatives. Everywhere uncles, aunts, cousins, sisters, grandparents, all you can't name it were waiting for little Herold. Mannheim, Zihelberg, Streckerau Gnadenflyur ... (villages in the former German autonomy) - it is such a big warm world, where all glad to you, treated by something, trying to please, be kind, be pampered ... And suddenly it all in an instant falls. Herr Belger was still a child and could not understand what happened to all adults: why women  were silently weeping in a corner, why  men become huddle and smoking so much. In hushed conversations heard strange words: "Krieg" (War), spies, saboteurs, evacuation, special immigrants ...Gereke remembers: "And then in one of these chilly sloppy days, striked by butt on a head, you  discovering something new: it turns out, that I am - a German, not Russian. And it turns out to be - a bad. And the worst thing, it is impossible to fix". And further - like in a bad dream: the soldiers, hectic fees officer shouts, rumbling train composition, boxcar (freight train wagon), echoing the wind in the cracks. Through the grating in a tiny window floating cities and villages, stations, sidings. Then suddenly emerges a long bare steppe. Neither Bush nor the trees. You can not go out, not allowed. At night, a prolonged beep under endless clatter of wheels. Ahead - the unknown. Cold, dreary, depressingly. On the seventh day the train stopped. Everyone marooned on Mamlyutka station (harmless some kind, almost childlike name, therefore, perhaps, remember quite yet youthful Gerold). Further already - as it is necessary: someone on foot, someone on carts. Again, all in a hurry, in the confusion. Scattered someone somewhere. The other land.Other people's faces.Devastation.The unsettled.Poverty. Strangers.Kazakhs.Further - nowhere.Now Belger's family and other deported to kind and great Kazakh lands ethnic germans has to live here.  Perhaps the child's mind is not so sensitive about the changes. Even more so - so deafening. Stalin's paranoia, the great migration of peoples, the deportation of everybody and everything to the kind, majestic Kazakh lands which became the home of all the unwanted in Soviet Russia national minorities, one pleases that today, not a few people who think they are Kazakhs, just as Herold Belger thought himself. All these things the child could not comprehend. In his understanding, simply started a new life. Appeared new friends. The village after some time became, as it were his own. Like the way it has always been. It then comes the realization of the great injustice. Irreversibility of grief. But this much later ... In Northern Kazakhstan, Belgers found a shelter in a Kazakh village. Grown up among Kazakhs he finished a Kazakh school, and the Kazakh language became his native after German. After graduating from a pedagogical institute, his career started with teaching in a Kazakh village school, and then he worked as a script editor and translator with a magazine of Kazakh prose. Later he started writing verses in three languages.

Herold Belger was also a translator of Kazakh literature classics such as B. Maylin, G. Musrepov, A. Nurpeisov, etc.) into Russian, an author of numerous novels, stories and literary and critical works about a historical way and modern position of the Russian Germans and their national literature. The author’s well-known works are "The house of the wanderer", "Tuyuksu", "The Kazakh word". 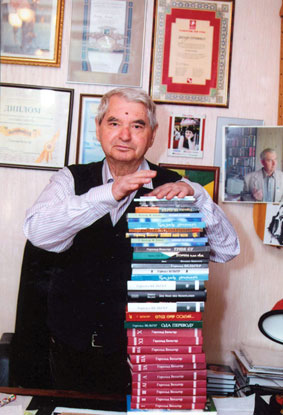 Herold Belger's life and creativity were close with destiny of the Kazakh, Russian and German people. He was a symbol of friendly communication between these people. His merits were noted by numerous honorary titles and awards of Kazakhstan, among which the award of the President of the Republic of Kazakhstan "For peace and spiritual accordance" (1992).

Kazakh lifestyle, folklore, traditions, behavior, habits and tastes he absorbed in childhood made him the first outlander to thoroughly understand the very essence of Kazakh people and think the same way. Thanks to his all-round education, natural nobleness and firm commitment to principles he won the respect that gives him the right to speak on behalf of Kazakhs, at that, to voice things that may be perceived otherwise if said by any other non-Kazakh. For a reason, people call him Gereke, Belgibai, “the last Kazakh”.