A girl chosen by the groom 12+ 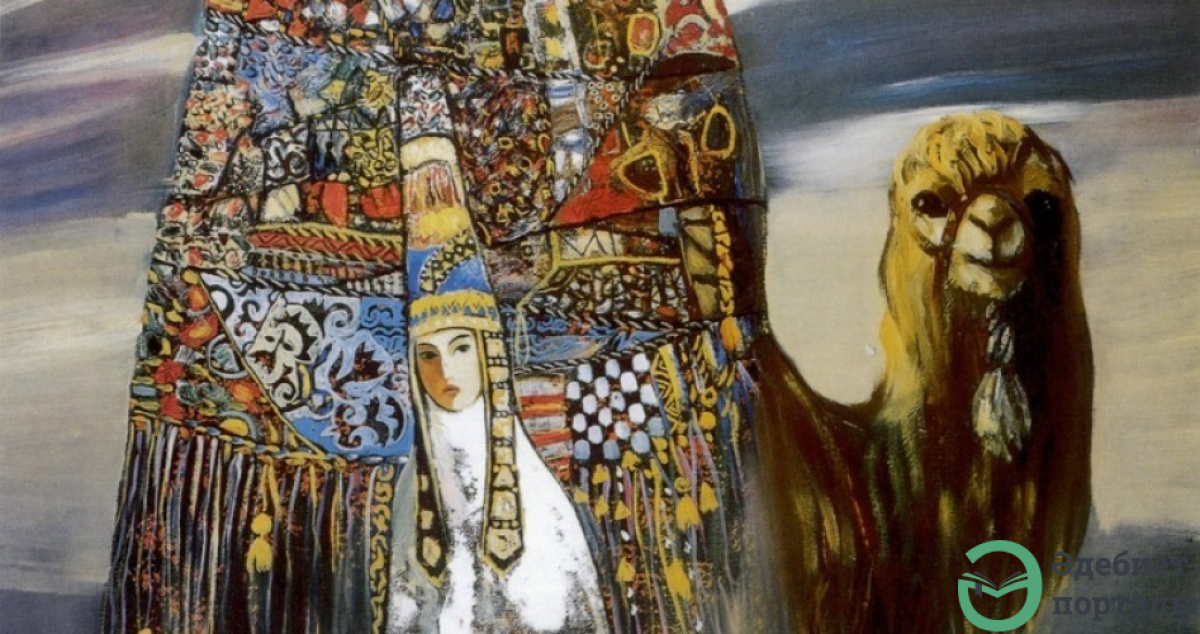 Once upon a time, a khan had a beautiful and intelligent daughter. A princess was not married to anyone. In his turn, he said:

– “Let my daughter choose whoever she loves”.

One day the khan`s daughter came to her father and said:

– “Dad, it`s time to get married for me, and I will be grateful to anyone who brings me a nice gift. I came here to tell you this idea”, – she says.

A father agreed with his daughter:

– “Oh people, if anyone brings a present to please my daughter, I will give it to her”, – he said.

The rich gentlemen, guys who are mad at the beauty of the princess, come from the different places. One brings a belly, another one a royal dress, and other one a pair of gold-trimmed boots. But nobody likes the princess. Those who bring the gifts will hang their heads and return home.

At the same time, three men from three cities went to the khan's homeland to test their gardens. On the way to the khan's country, the three men met each other. One of them had a carpet, the other one a mirror, and the third one had an apple as a gift. Along the way, the three men talked about the qualities of the gifts they bring to the princess.

– “My carpet will take you wherever you want in the blink of an eye”, – he said.

– “And anyone who looks at my mirror can see what's going on the ground”, – he said.

– “My apple is a cure for the soul, a medicine for the body. If you eat an apple, the dead will be resurrected, – he said.

– Look in a mirror, what is happening on the earth? – he asked.

The man looked in a mirror:

– A princess's lashes are moving and lying on the floor? – he says.

Seeing this, a young men sat on the carpet of another men and immediately floated to the palace where the princess was lying. A girl had already died, before the arrival of three men. Meanwhile, the third man went out, ate an apple and brought the girl back to the life. All three men presented their gifts to the resurrected princess. The princess returns the carpet and mirror to their owners. And she wants to marry a guy with an apple.

Then the guys with the carpet and mirror stood up:

– Our gift is no less than anyone else's, if we didn't look at the mirror and didn't fly fast on the carpet, then you would be dead. “Why did you choose the guy who brought the apples?” – she expressed her grudge.

Then the girl stood up and said:

– Even if it was late, he would have resurrected me. This is one, and secondly, I ate an apple. Now I can't return that apple. And you have your own mirrors and carpets.

The two men were defeated and returned to their home. A girl has joined the resurrected man who brought an apple and lives a happy life.