A novel ‘The Teacher’s Return’ of Anuar Alimzhanov 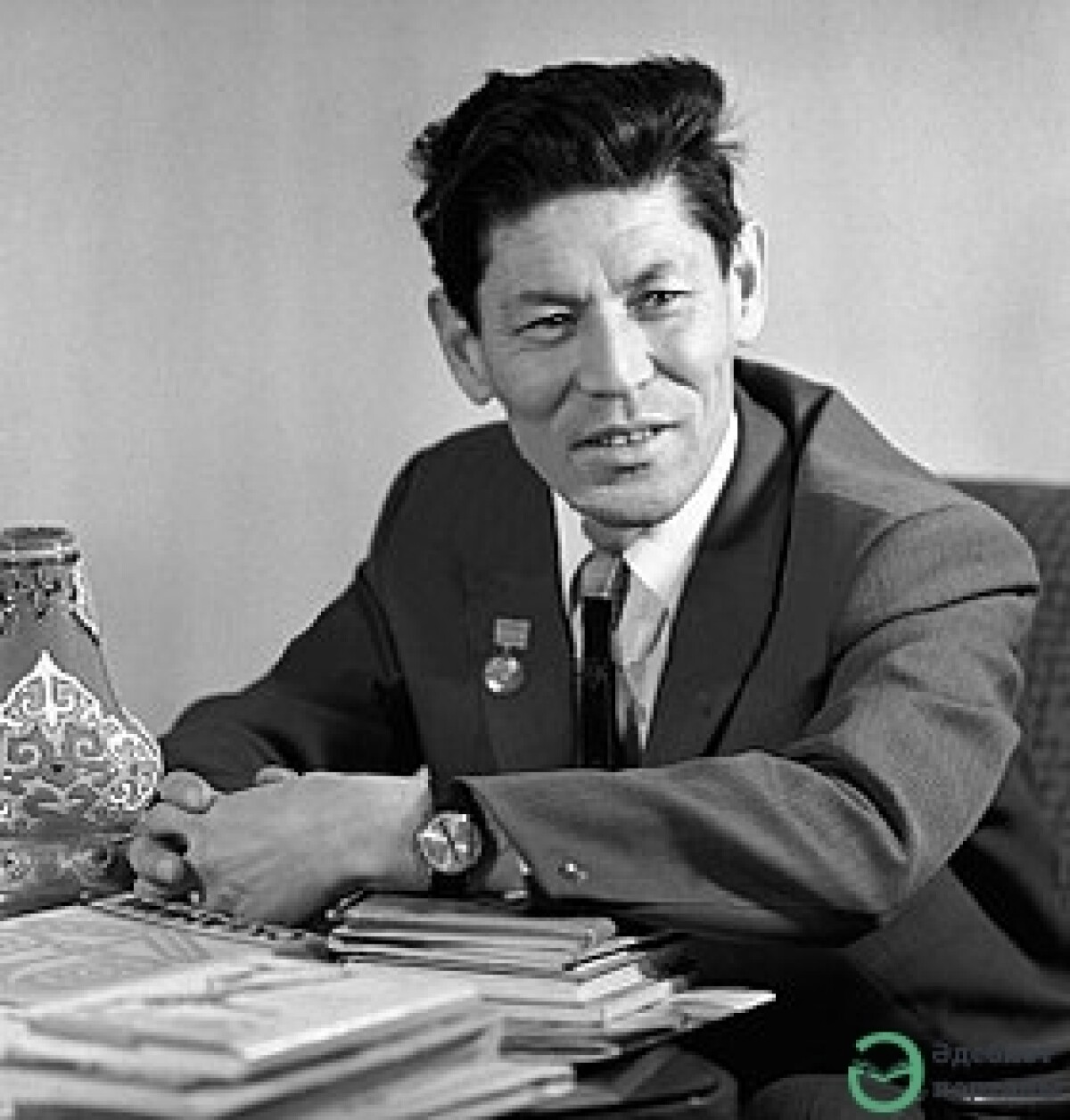 The name al-Farabi is associated with the formation and development of Arabic philosophy of the Middle Ages. This great son of the Qazaq steppe was a follower of Aristotle, a talented thinker and moral ideal of his time. Therefore, the famous Qazaq writer Anuar Alimzhanov dedicated one of his most outstanding works for him. The work is called ‘The Teacher’s Return’. 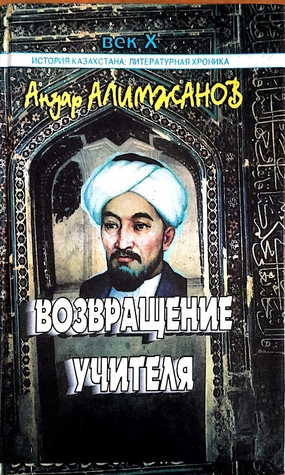 The work of Anuar Alimzhanov takes readers to the Middle Ages, more precisely to the tenth century. The scene of action is the cities of Central Asia and the Middle East. There was a small settlement under a title ‘Vasij’ near the rich city of Otrar in the 9th – 10th centuries (now the territory of modern Qazaqstan). Exactly here two directions of the Great Silk Road, opening the way to Europe were formed. Al-Farabi was born in this village approximately in the seventies of the Xth century.

Abu-Nasyr al-Farabi lived in Otrar until he was twenty years old. Here his journey for knowledge started. The visitors of the big trading city were not only merchants, but also travelers, sages, scholars, poets and preachers. Books were one of the greatest assets of that time. Therefore, the caravan carried with them the ancient scrolls. Some of them remained in Otrar. Later on, a big library was established there.

Curious and thirsty for knowledge al-Farabi sought to learn as much as possible. He was interested in everything: treatises on astronomy and medicine, the theory of the great philosophers, the basis of psychology and pedagogy, logic, law and music.

Al-Farabi traveled a lot. His thirst for knowledge brought him to Shash (now Tashkent) and Samarkand, and later to Bukhara. A young man studied and worked there. Scientists suggest that the sage had a prestigious profession — he was a judge, but his enthusiasm for science forced him to abandon this path.

There is an assumption that one of his acquaintances gave al-Farabi one of Aristotle’s works. He was fascinated by the reflections of the ancient Greek thinker and, under the impression of them, changed his course of life.

When al-Farabi was 40 years old he arrived in Baghdad, at that time it was a center of science and arts of the medieval Arab world. Poets, philosophers and orators flocked there.

The scholar brilliantly mastered many languages of the Turkic group, but did not know Arabic. In Baghdad, he had to learn two languages spoken by the wise men of the Middle Ages - ancient Greek and Arabic. In total, the philosopher knew 70 dialects.

Abu-Bishr Matta ben-Yunis, who is a translator of the works of ancient Greek scientists Aristotle, Euclid, Plato, Galen, helped al-Farabi to learn about the laws of logic, the fundamentals of cognitive theory.

Over time, having learned that the famous doctor and astronomer, the Christian philosopher Johanna ben-Haylan, lived in Harran (now the administrative center in the province of Sanliurfa), al-Farabi moved to that city and became his student.

Returning to the cultural and economic center of the Arab Caliphate – Baghdad, he with great passion restarted to study the Aristotelian treatises. For example, he read ‘About the Soul’ two thousand times.

Al-Farabi very quickly became a leading intellectual, everyone in the caliphate knew about him. Talent and fame are associated with jealousy and envy. At last the great scientist was forced to leave Baghdad. In the early forties of the XI century he moved to Damascus, where he lived the rest of his life.

At the end of his life, al-Farabi had to face many difficulties, primarily of a material nature. He worked as a garden watchman. Almost all the money went to the candles: in their light, the thinker at night wrote down reflections. The famous al-Farabi’s work - the social utopia ‘About the righteous city’ was created in that way.

Soon the ruler of Damascus, Saif ad-Daula Ali Hamdani learned about the scientist. He extended his patronage to al-Farabi. However, the role of the courtier was foreign to the philosopher. He had chosen a solitary life.

The scientist visited Egypt as an old man and after returning to Damascus at the age of eighty he died quietly. The resting place of the scientist is located in the Damascus Small Gate.

The works of al-Farabi (more than 100 treatises) formed the basis of medieval philosophy and the philosophy of the Renaissance. His merit was the Europeanization of the science of the Arab world, the systematization of scientific knowledge.

The enormous contribution of a scientist to the development of cognition theory was evaluated by his compatriots of the twentieth century: at the end of the second millennium, the Qazaq National University was named after the philosopher.

Al-Farabi’s knowledge was universal. He was interested in both the humanities and natural sciences. Al-Farabi devoted his whole life to the study of the Aristotelian concept of reasoning - formal logic, Platonic ontology and gnoseology - the theory of being and cognition.

Thanks to his works a new era in the Arabic philosophy of the 9th – 10th centuries began, particularly a gradual refusal from mysticism and religious dogma towards the development of the cognition theory and the formation of a holistic picture of being. He is recognized as the founder of eastern peripateticism, a philosophical system that grew up on the Aristotelian doctrine.

The philosopher tried systematically to learn the world order. The main positions of his cognition theory he outlined in the treatise ‘A word about the classification of sciences’. The scientist proposed this system as the basis of higher education. At the top of the sciences, in his opinion, there is linguistics (writing, reading and poetics), followed by logic, mathematics, physics, metaphysics, and politics.

Al-Farabi was a supporter of the deductive method and believed that the world is not eternal, it is changeable.

The philosopher argued that there are 4 forms of mind: passive, relevant, acquired and active. In a rational way (not in the process of mystical insight), in his opinion, one can comprehend God.

The Thinker created a social utopia. Its main provisions are set out in the treatise ‘About the righteous city’. He believed that man is able to create an ideal society if he is guided by reason and constantly develops his intelligence.

In this scientific work, the scientist reviewed almost everything - from the planning of the ideal city, its architecture to the tax system and legal proceedings.

Sages should manage the perfect city. Each area of society’s activity should be governed by the best talented people. The elite gains knowledge through reflection. The elite group of people with the help of artistic images, poetic speeches educates citizens, forms their morality.

The ideal world of which al-Farabi dreamed was a world ruled by a philosopher — a man who had comprehended the depths of knowledge and had repudiated the temptations of being and material values. He believed that every person from birth is predisposed to virtue, the mentor’s task is to discover this quality in a person.

Achievements of the great philosopher, his wise maxims and admonitions are a huge contribution to the development of world science.

Anuar Alimzhanov shows in his novel the path of the great scientist al-Farabi from Otrar. It is a path of a bright mind from ignorance to acquiring a mastery of advanced fields of scientific knowledge. It is al-Farabi’s search for a city of justice, a kind of ‘Atlantis’, a lost promised land, similar to the one about which great Plato wrote.

Al-Farabi’s dream was to find a social ideal for all peoples living along the Silk Road, a model of a city of harmonious relations. The same eternal dream had all intellectuals and romantics of that time.

Anuar Alimzhanov is a well-known Qazaq writer. He is a laureate of the Jawaharlal Nehru Award for International Understanding and the State Award of the Qazaq SSR. He touches upon different topics in his novels, short stories and essays. His works were translated into many foreign languages.