Home LITERARY PROCESS The GREAT NAMES of the GREAT STEPPE About the historical epic “Kenesary” by Abubakir K... 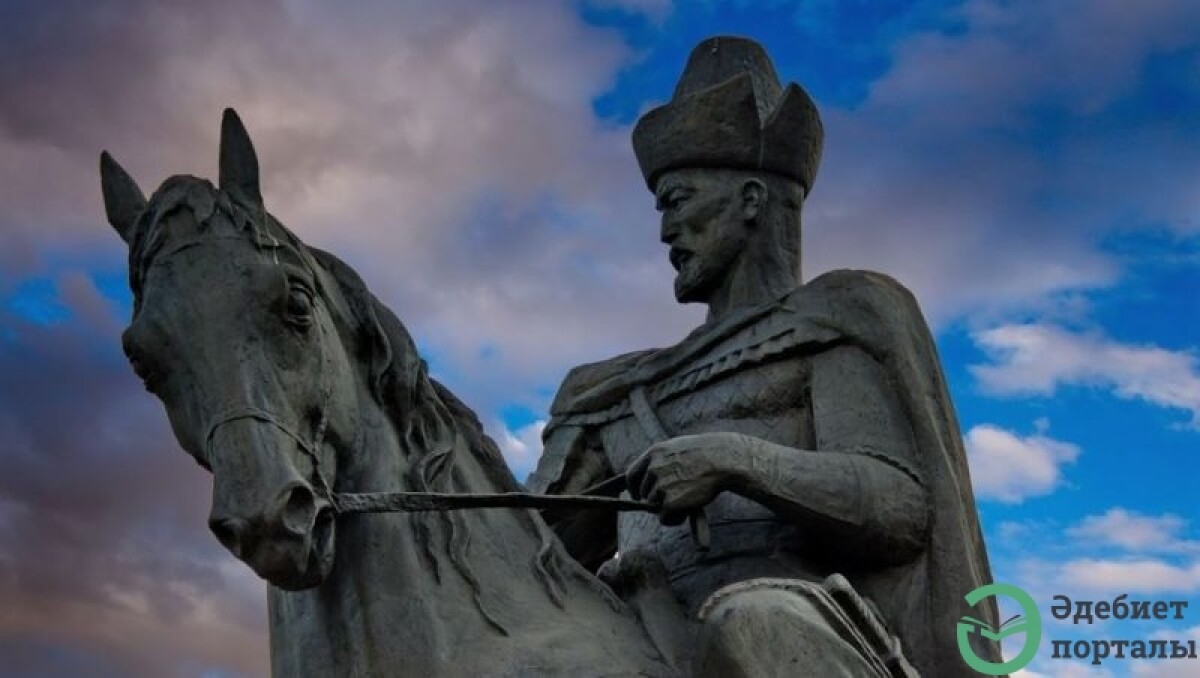 Kazakh literature has changed dramatically since the nineties of the last century. The writers of the independent country began to write about the people who fought for the liberation of our nation and great events. The historical novels and epics were born one after another. One of the clearest proofs of this was the historical epic “Kenesary” by the outstanding Kazakh poet Abubakir Kairan. The greatest struggle against the colonial tyranny in Kazakh history was the “People's Liberation Struggle led by Kenesary Khan” (1837-1847). This rebellion had lasted for a long time and ended in the defeat, but it left an indelible mark on the memory of the Kazakh people. It also planted the seed of freedom in our hearts. In the history, it left as the most pertinacious and persistent struggle against the oppression of the empire.

In the 30s and 60s of the twentieth century, the Kazakh reader became acquainted with the image of Kenesary in literature through the play “Khan Kene” by the writer Mukhtar Auezov, and before that by the poem “Topzhargan” by Mukhamedzhan Seralin. And in the 1970s, the historical identity of the last khan became even clearer in the novel “Wrath” by Ilyas Esenberlin. A theme of Kenesary in the literature did not disappear in the 90s of the XX century and the beginning of the XXI century. Many new works of poets and writers in this area are being written. This is because it is very important to form the historical consciousness of today's and future generations, to constantly promote and glorify the eternal freedom of our people.

And now let's take a closer look at the historical epic “Kenesary” by the poet Abubakir Kairan. This is a historically significant work of independent Kazakh literature. An author aims to reflect the political and social situation of our people in the 30s and 40s of the XVIII century, also, to highlight on the historical lessons of the national rebellion for today's generation.

A historical epic is a work sung with a whole set of lyrical thoughts and epic narratives. At the beginning of the epic work “Insight. Illusion. Prayer”. In the lyrical protagonist of the section – the poet with patriotic ambitions dreamed of the head of the last khan of the Kazakh Khanate Kenesary, Kene khan and his soldiers prayed at the tomb of Alasha khan – with psychological excitement. The main character of the saga, Kenesary's thoughts on the soul of Alasha khan Baba are also intertwined with the essence of national historical consciousness. The thoughts of the lyrical hero in the introduction to the historical epic are the civic secrets of the new generation of today's independent Kazakh people:

A voice whispered in my ear:

“Khan Kene has no dreams!

He was the lawyer of his country yesterday,

He is behind his country today!

From here his head was free,

How could he not go to the country as a spirit?

This is a wonderful word of freedom and patriotism on the pedestal of freedom. Kenesary's speech to Alasha khan, that he saw in the dream of the lyrical hero, reminds him that he was proud of being born to his mother in Syr Darya and threw it into the river. However, Alasha khan, who was supported by God, survived and proved the historical truth of the foundation of the Kazakh statehood with the winged phrase “When Alash was Alash, and Alasha was khan”:

Your country was a country.

It was called “Six Numbers Alash”.

The warrior people were furious.

That is the name “Alash” and “Kazakh”

“When Alash was Alash,

And Alasha was khan”- the legend is remembered,

It stays in our minds.

The historical lessons of the work call on today's generation to make a fair assessment of the shortcomings, not to repeat the mistakes of our own history. In the tradition of heroes who fought for the freedom of our people in the history of the Kazakh people, who died on the way, sang the eternal inspiration, the constant uprightness of our national pride, the inauguration:

Heigh-ho, would we dig and freeze,

All the mysteries of history!

Heigh-ho, could we bring it back?

The secrets of the times of mourning!...

The honor and conscience of the Kazakhs!

At the height of the plot of the historical epic, we read that Kenesary Khan and his brother Nauryzbay were captured in a bloody battle, and the angry Kyrgyz beheaded the khan. This is an unforgettable pity for all the Turks and Alash people. The readers are fully aware of the fact that the people in the system of governance, under the influence of various influences, will be an unforgettable tragedy for the centuries after the betrayal of the fate of the whole nation and generations. In order to do this, when the fate of the people is challenged, each new generation must ensure that both they and their descendants are as persistent as possible. An epic is depicted as realistically as well. The historical and artistic truth are combined with a great skill.

We consider the historical epic “Kenesary” by Abubakir Kairan – a traditional theme in the history of Kazakh literature as an outstanding epic work, filled with its own artistic solution, embroidered language, on behalf of the new generation. We should pay special attention not only to the celebration of Independence Day, but also to the heroes like Kenesary, who fought for this cause and gave their lives for the liberation of the nation. Bowing to the history and learning from it, is a symbol of an eternal country.