Home LITERARY PROCESS The GREAT NAMES of the GREAT STEPPE What does the great Abay say about in the work “Th...

What does the great Abay say about in the work “The Book of Words”? 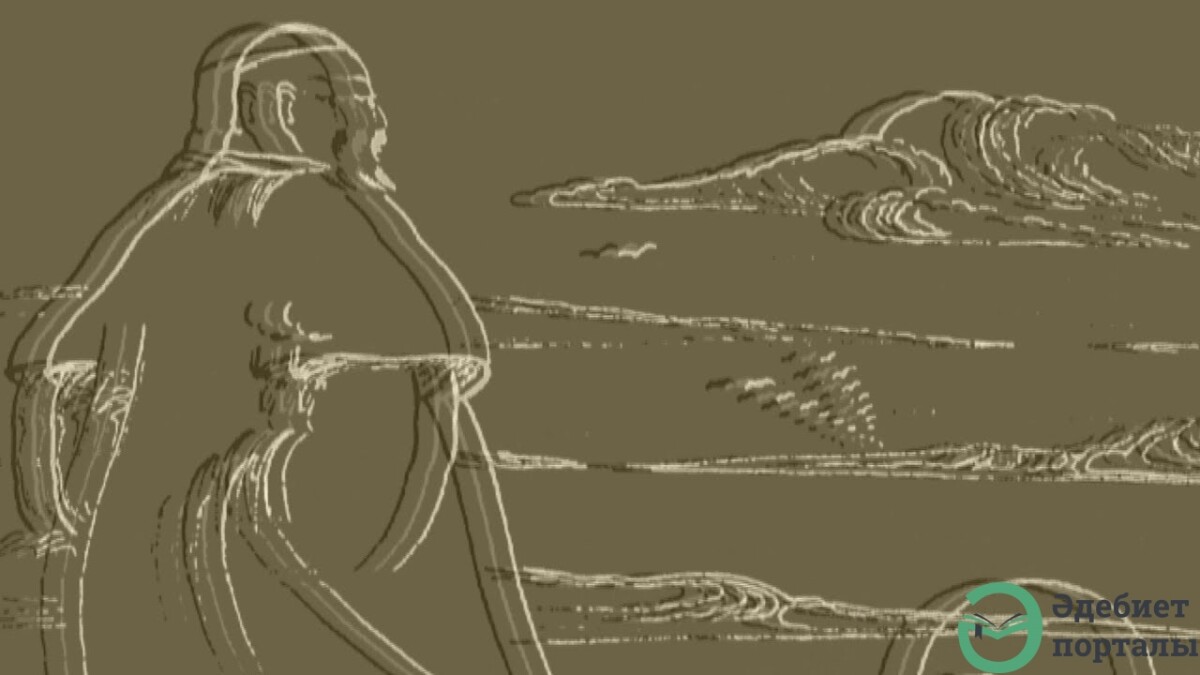 It is known that none of the works of the great Qazaq poet Abay Kunanbayev (1845-1904) was published when he was alive. First collection of his poems was published in Saint-Petersburg in 1909, five years after the death of the poet.

His prose writing, representing a specific genre of literature - the so-called “Gaklia” (“Edification Words”) was published in the Soviet period. Nevertheless, poetic and prosaic works of Abay widely spread in his home country – Qazaqstan in written form. People learnt Abay’s poems by heart and passed them from mouth to mouth. Abay’s prose writings were distributed in handwritten format or performed by skilled storytellers and interpreters.

What is the place of “Gaklia” or “The Book of Words” in the creative path of Abay Kunanbayev? Mukhtar Auezov, a major researcher of Abay, wrote: “It is difficult to name a genre to which “The Book of Words” could be included. A reader can find in this piece of art moral philosophy, publicistic and satirical statements of the poet. Having, in general, a character of a peaceful, sometimes ironical or deeply sad conversation with his reader, “The Book of Words” is primarily distinguished by its extremely careful stylistic delicacy”. 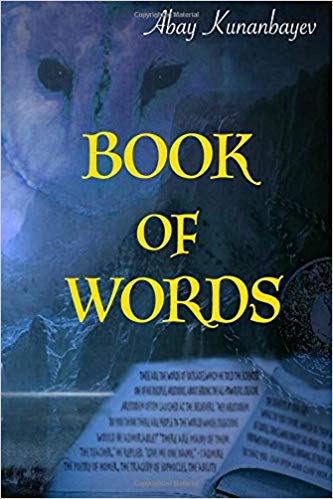 Mukhtar Auezov understood perfectly well for whom and for what purpose Abay wrote “The Book of Words”, containing both the poet’s philosophical thoughts and reflective conversations, “addressed to the listener” about difficulties in life. The poet considered his readers and listeners mainly older people. He took into account the level of their thinking, the peculiarity of the world perception, and therefore he wrote his conversations in a peculiar, accessible for them figurative language, rich in aphorisms and folk proverbs.

Eyewitnesses confirm that “The Book of Words” was no less popular with readers and listeners than Abay’s poetry, because Abay expressed in them in an interesting, original form the same thoughts and ideas, feelings and moods as in his poems. Mukhtar Auezov noted, that Abay in his prosaic appeals to the listener, “becomes an angry judge or a person, who takes heavily someone’s grief. In such cases his “The Book of Words” turns into a mournful confession of a person who is doomed to a life of loneliness in an epoch of hopeless darkness”.

As a “wrathful judge”, he tirelessly denounced social evils, iniquity and injustice in society, and as a person, who takes heavily someone’s grief bitterly complained about age-old backwardness and ignorance, discord in a society, leading to, according to the poet, a degraded position of people. Abay strongly believed in the power of his word, that is why he tried to demonstrate in his work things that harmed the people and did not allow them to go ahead for better life. But reality often disappointed the poet. Abay’s philosophical and poetic messages had a goal to push Qazaq people to learn more about the world around and to enlighten themselves and their children.

The nineties of the XIX century, when “Gaklia” was written, are the most fruitful period in the creative life of Abay. In the first word of “Gakliya” the poet wrote: “I travelled through life: I argued with ardency, I fought, I was at suit, having only troubles, and I lost my strength, struggling in them, got tired and became convinced of the aimlessness of everything done”. It turned out that all things that took place was just the humiliation of man, and the poet asked himself several questions: “Should I rule the people?”, “Should I gain more knowledge?”, “Should I perform religious rites?”, “Should I start raising children?”.

He found all above-mentioned not appropriate for him. He wrote after careful consideration: “Finally I came to a conclusion: I will entertain myself with paper and ink, I will write whatever I wish to.”

It took Abay nine years to write “The Book of Words”. The book consists of forty-five “Words”, written in the form of conversations. In terms of volume and character, the “Words” in the “The Book of Words” are quite different. “The Twenty-Seventh Word” stands out from other “Words” of “The Book of Words”. It is written in the form of a dialogue between Socrates and his disciple Aristodem. They are talking about the relationship between God and humanity. They say that God has bestowed upon man great light and many blessings and created him as an exalted creature. In return a man should follow God's laws. “The thirty-seventh word” stands a bit aloof from other “Words”. It consists of twenty-three aphorisms that do not touch upon the main theme of the conversations.

The remaining “Words” of the book can be grouped around several key topics. The first key topic is the “Words”, related to a social system and administration. This group include the third, eighth, twenty-second, thirty-ninth, forty-first, forty-second “Words”. As is known, in the second half of the XIX century, when Abay lived and worked, the institute of volost rulers, elected for three years, was established everywhere in the Qazaq steppes.

As in poetry, Abay in his reflective conversations, especially in the above-mentioned “Words”, speaks with contempt about the volost rulers and biys, living off Qazaq people (Qazaq biys are judicial and political figures). “Who wants to listen wise advice? Neither volost ruler, nor biy want to hear me ... They have their own concern in their head: not to be guilty in front of their superiors and do not let any troublemaker come to “aul” (means “a village” in a Qazaq language)”.

He writes in “The twenty-second word”: “Shall I respect local volost ruler or biy? But there is no fair volost ruler or biy. For those of them, who bought their places, there is no reason to demand respect”. Abay never allowed the powers that be to rule him, in every possible way he tried to expose their atrocities and fraudulent tricks, sowing lies and gossip, inciting quarrels, leading for bribery, theft and adulation.

Wishing to improve the system of volost, biy and judicial administration, Abay wanted the volost ruler to be a person who received education at Russian school, be elected by the people for a long time, protect people's interests, support crafts and education. Besides that, he considered it was necessary to abate the provision introduced by the tsarist government on the election of judges and investigators from family of biys, because he questioned their ability to render fair and impartial judgements. Instead of existing system he suggested to establish an institution of arbitrators who would do investigation transparently.

The next key topic touches upon those “Words” of the “The Book of Words”, that are related to thoughts and moral admonition of Abay about education, knowledge and upbringing. It was the most crucial topic for the poet. He speaks of the backwardness of the Qazaq people in economic life, in education, in science and culture. The poet accuses in the stagnation the powers that be: tsarist officials, volost rulers, biys, as well as all ignorant people, kowtowing in front of them.

Abay criticizes those parents who, having the opportunity to teach children, do not teach them or teach in the wrong way. “I have not yet met a man, who he had grown rich by means of low tricks, would have found a worthy use for his wealth”. Abay strongly believes, that “without science there is no option for a better world”.

Development in children of positive human qualities is also associated with education and science by Abay. It is noteworthy that the last “Forty-fifth word” ends with the words: “The one who has more knowledge, love, justice, is the wise man, the scientist, he possesses the world”.

Thinking about the future of the nation, Abay places all his hopes on the children. He wrote in “The Forty-First Word”: “We need to create schools. It is necessary that the people provide funds for these schools and everyone should have the right to learn there, including girls. And then, when the youth grows up, and the aged fathers will no longer interfere in the affairs and conversations of the youth, maybe then the Qazaqs will improve”.

Abay as an educator piously believed in the power of upbringing and, along with condemnation, all the time taught his listeners and readers to ensure that everyone corrected his flaws and flaws of his children. “If I would have a power in my hands, I would cut off the tongue to anyone who says that a person is unchangeable”, - he wrote in “The Thirty-Seventh Word”. Abay saw as one of his main tasks to criticize evil and injustice to overcome all the negative traits of a human nature.

Abay lived when feudal relations and the feudal mode of production were decaying, but there was still a strong influence of tsarist Russia on the one hand and religious Muslim traditions on the other. The situation was aggravated by national fragmentation and low literacy level of the Qazaq people, who used to practice nomadic patterns of livelihood.

The feudal economic environment has never supported the needs of society. Abay strongly condemned the system of violence, exploitation, tribal feuds, fought against cultural backwardness, called the people to enlightenment. Abay had a big desire to awaken Qazaq people by his writings.

Gravitated toward Russian revolutionaries, but limited by the existed environment, Abay could not level up to understand an urgent need to do revolutionary transformations, changing behaviors and mindsets of Qazaq people. He wrote about poor people with sympathy and love. He used to say: “If I didn’t love Qazaq people, I wouldn’t talk to them, I wouldn’t consult with them, I wouldn’t trust them my innermost thoughts”. At the same time, he advocated sincere friendship of Qazaq people with other nations with an aim to learn more about them and to advance in development.

About internationalism and humanism Abay used to write: “If a person, who does not separate himself from the people, wants the friendship of his people with others, then it allows to speak of him as a conscious and honest person.”