Home LITERARY PROCESS ARTS About the talent of famous writers apart from writ...

About the talent of famous writers apart from writing 12+ 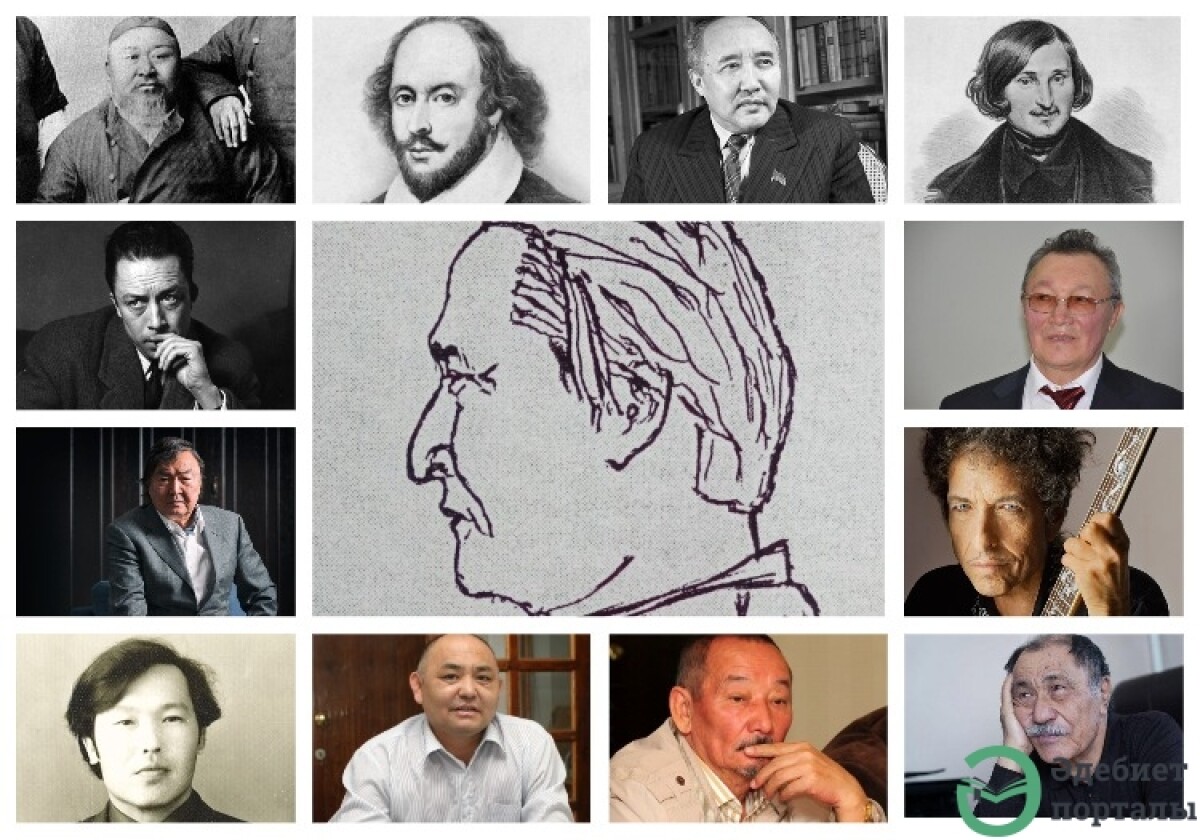 “A talent that is not hardened by hard work is like the fireworks: when it shines, you almost go blind, and then there is no trace of it”. This was stated by the famous French writer, the Nobel Laureate Roger Martin du Gar. A physicist and mathematician, Sergey Fedin, who is a member of the Russian Writers' Union, says, “If the outstanding people don't recognize your talent, then you should ask them to transfer you to another chamber”. Let's talk a little about the talents of today's famous writers other than writing.

Introduction. The end of the XVI century. London. The Globe Theater, a legacy of the Great Shakespeare. In the work published in 1616 by the English drama theorist, Ben Johnson, Shakespeare was mentioned among the actors who played in stage roles, such as “Everyone has their own voice” and “The End of Seyan”. And, “The Comedies, Chronicles, and Tragedies of Mr. William Shakespeare. Taken from the Exact and True Texts”, that was published in 1623, says that Shakespeare himself played the lead roles in almost all of these plays.

Another interesting fact is that Shakespeare had a 12.5% ​​stake in the new Globe Theater. So, Shakespeare was a businessman whose books sold for more than the Bible?

There is a saying of Bernard Shaw: “Develop what you have, not what you like”. Abai is one of the people in Kazakhstan who is loved by God and has all the talent and virtues.

It is enough to mention only one of Ibrahim Kunanbayuly's versatile talents. Abai had brought a new form to the Kazakh song, that is completely different from the old folk melody. And, the words and music of Abai's songs are united simultaneously. Therefore, Abai's melodies do not move from text to text, as in the words of wisdom.

A well-known performer of kyuis Kairat Aitbayev says, “Akan, who sings the classical works of Birzhans without stumbling, has a hard time revealing the character of the song when he comes to Abai”. That's where the problem lies...

Nezhin was a county town in Ukraine. The Higher Gymnasium of Science was opened in the city, where the young Gogol studied during 1821-28. 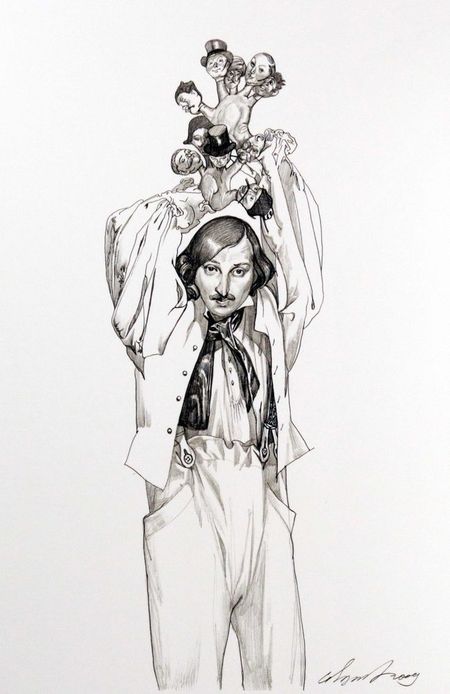 A theater was organized at the lyceum. Nikolay Vasilich was the author, decorator, costume designer and the best comedian. It was noted that Gogol had trained for a month and put his lower lip to his nose in order to play a stingy brother in the stage. Nikolay Gogol also won the best female role in the comedy “Underage” by D.I.Fonvisin .

Who knows if Gogol was not a writer, would he be an amazing actor? Yes, the world literature has survived such a threat!

In May 1917, the initial performance of the poem “Enilik-Kebek” took place in the high mountain pastures. To do this, the first one was performed at the stage, the other one in the auditorium, and two yurts were built side by side. And here, as in the case of the new Gogol, there are the roles of the cripple, girl, and everything is played by the men of the village.

The director of “Enilik-Kebek” was the great writer Mukhtar Auezov. And, Mukhan fell into the trap and acted as the prompter. By the way, the tickets for the performance were sold for fifty kopecks, more than a hundred spectators gathered and received a total of 54 rubles 50 kopecks. The money will be sent to the starving Kazakhs in Kulja.

Albert Camus is one of the most influential figures in post-World War II European literature. A prominent representative of philosophical prose. Camus was the hope of Algerian football. However, at the age of 17, he was affected by the tuberculosis and lost his dream. But in the late 1930s, Albert had a troupe called the “Workers` Theater”.

The “Workers' Theater” toured all over Algeria... Camus was both a director and an actor.

Therefore, a folk writer of Kazakhstan Saken Zhunusov was a great singer.

We forget about the writer's acting, the composer's writing, the writer's directing, the writer's singing... Bob Dylan, who sings in the genres of music such as folk, folk-rock, counter-rock, Christian rock, American, won the Nobel Prize in Literature in 2016, surprising everyone. The Swedish Academy applauded him, calling him “A creator of a new poetic image in the popular American singing tradition”.

“The Irish would be proud to be the only writer in the history to have won the Nobel Prize with an Oscar”, Bernard Shaw said. “Now we have Bob Dylan, too”, he said, throwing his hat in the air.

So as, we are mixing the world-renowned giants not to look too proud. Otherwise, the list can be filled with Kazakh writers. 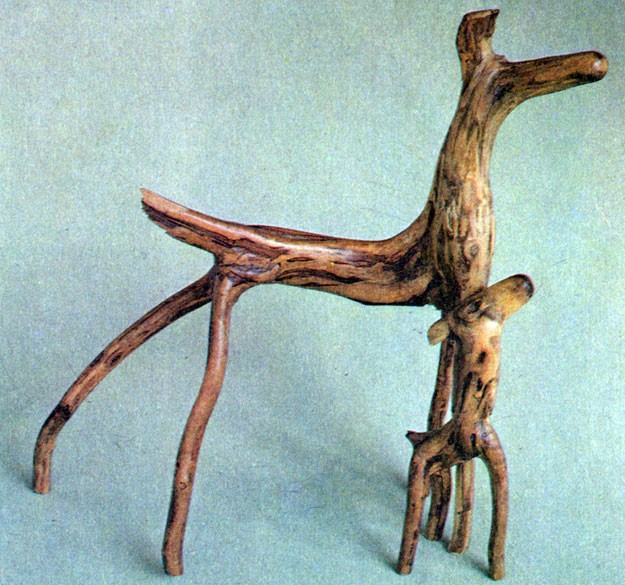 For example, the writer, playwright Talasbek Asemkulov played the dombra. The contemporaries remember Zhumeken Nazhimedenov as a good hairdresser. A writer Beksultan Nurzhekeyev seems to make the furniture alone. Olzhas Suleimenov's paintings “Pleasure” and “Hypocrisy”, the self-portraits of Mukagali Makatayev and Utezhan Nurgaliyev, painted by the famous children's writer Sultan Kaliuly in pencil, are available on the Internet today.

Neither of them knows that the poet Temirkhan Medetbek is a decent statuette. And we know that the classic of Kazakh prose Tolen aga Abdikuly admired many people with his work “This light world” in his performance.

A writer and politician, Carlo Dossi, who lived in Italy once, said that “One-third of the talent comes from instinct, another one from a clear memory, and the rest from the freedom”.

What if you had the instinct, clear memory and freedom, but you didn't have talent? We leave the answer to this question to you, the royal merry spectator. And we put an end to a few words about the artist's art and talent, rather than writing.

Similar articles
#ARTS
The relationship between cinematic art and literature
1574