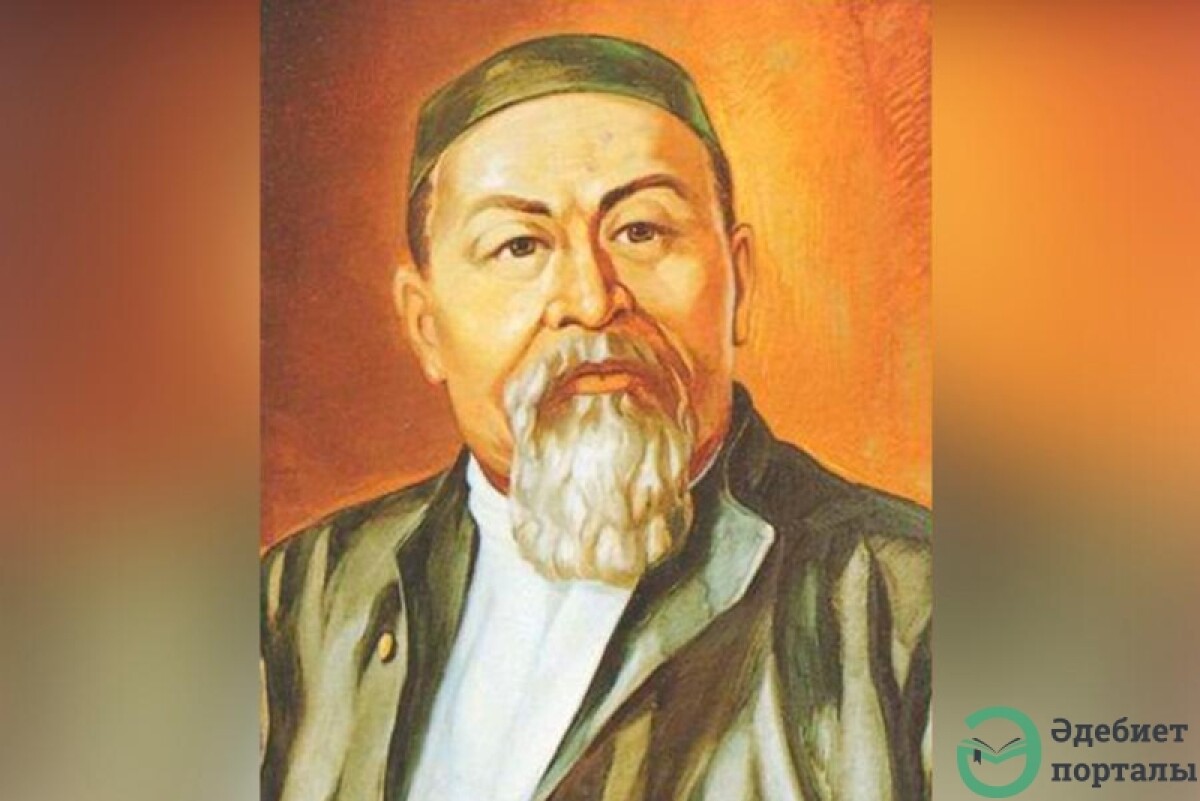 A beginning is here

We would have expressed our opinion in a slightly different way from today's point of view to the article "Hopeless from a rich man – hopeless from God", that is considered as a manifestation of corruption in Abai's prose. Today's Kazakhs can go to the rich man, that means to the capitalists. Of course, not for begging, but for asking a job. Because who is a rich (capitalist)? The rich are the employer. Even in the post-Abai times, he was rich - a wealthy man who brought prosperity to the Kazakh steppe, found work for the people around him and allowed them to support their families. The famine, that killed millions of people like a fly, erupted after the rich people of the Kazakh steppes were deprived of their livestock and sent to be chased by dogs. Despite the fact that it is true that "The country is not rich by its wealth, but rich by its dance", and there are many cases when the rich people are also considered to be the country's wealth. Nowadays, there are many examples of rich people living alone in an entire village. This is what happened when we look at the proverbs of Abai's fifth prose in modern terms.

Abai's sixth verse begins with the proverb "Art is unity, аbundance is life". Citing this proverb, Abai suggests that the Kazakhs of his time did not know in which country the unity would be, and how the country would be peaceful. According to Abai, this article has an exemplary character. Abai puts it this way: “Kazakhs think that unity is a common name, food, clothes and wealth. So what are the benefits of wealth and what are the disadvantages of poverty? Why do we have to look for animals without a brother? No, unity is unity for mind, but not unity for animals”. In our opinion, the unity that Abai is talking about is a concept of collective ownership, as the communists of the past say. All the property of that time belonged to the state, that was considered as a common wealth. And in the context of today's Kazakhstan, there is no doubt that the unity of the nineteen million people living in the country is an art.

"Abundance is life", - says Abai, criticizing the article: “What kind of life is it? Is it, because the soul is not out of the chest? No, a dog has the same life as well. Anyone who cherishes such kind of life and views it as an enemy of death will be an enemy of the Hereafter. He defends his soul, runs away from the enemy, becomes a coward, runs away from work and service, becomes lazy and selfish, and becomes an enemy for that abundance in the world. The things he is talking about are not considered as an abundance. If his heart and soul is alive, he says the same things. Even if you are alive and your soul is dead, you will not be able to understand. You can't earn enough to earn a living by your honest work. It is better to be lazy, bowsey, ready to eat the cooked food, meal, to be smart on the outside, to be ashamed on the inside, not to be ashamed of one's back, and not to live, but to die on the white command sent by God.” In this way, Abai says that he will be tough for those who do not break the head of the grass in the country, but become "A straight spoon for the cooked dinner”. At the same time, Abai criticized the habits of the Kazakhs of his time, such as laziness and incompetence. However, if Abai's vision of life had not been aimed at the lazy people, we would have no doubt that the statement "Abundance is life " is always true. Because "Without unity - there is no life", and if you always live in groups, isn't it a real source of good fortune and unity? Abai did not criticize this proverb, because it had been a concept of life – soul care, existence, and taking meals in those days, but in the modern Kazakh perception it is the result of quite different, joint, harmonious action.

The twenty-ninth prose is dedicated only to the meaning of Kazakh proverbs. Abai says: "Many of our Kazakh proverbs are practical, not only practical, but also unfit for the divinity or humanity". Then, referring to the article "If you are poor, do not be poor", identifies the two different characteristics of "not being poor". "It simply came to our notice then. If this means that you have to work hard to earn a living while renting, it is not a matter of conscience. It is the work of a rich man to lie quietly, to sell his eyes, not to pray to anyone, to hold on to his soul, to look for the cattle by honest work”, he said. It is worth remembering the sayings about this situation: “Save your soul, while saving your conscience", "Save from the poor man's caravan". Doesn't this mean that even if God made you poor since the beginning, you can't remain in the yoke of poverty without striving for your share? Therefore, it is the proven fact of life that a poor person should act, and even if he is poor, he should avoid false luxuries that do not suit his work.

Referring to Abai's words: "If he finds what he wants, the snow will burn", "If he asks for what he wants, there is nothing that man will not give", with regard to the two utterances, he noted: "... - this is the most striking word of the Gods. It is necessary to ask the animal from the ground or from the sweat, until he lives a life of humiliation, trying to find out what he asks, what he desires”. We call Abai's proverb “An obvious stolen word from God”, because we consider the word "Desire" in the sense of "Asking something from someone". The word "Desire" has several meanings in Kazakh language. For example, asking for something, putting something in order, for instance, setting fire to the stove, laying the bricks, as well as establishing the foundation of some science. If we take the saying "If you have the desire, the snow will burn" figuratively, in the sense that if you gather it properly and light a fire, the snow will burn brightly, then there is definitely nothing wrong. Isn't it a positive notion that “Anything is possible if you find the courage for everything?”

Regarding to the saying "If you don't make a name for yourself, the earth will burn" Abai said: "What is the purpose of your name that burned the earth?" Yes, it is wrong to burn the earth in order to be famous in the country, of course. However, in the meantime, it is typical for many Kazakh proverbs to have an irritating meaning and a gesture in the sense of a cup. Therefore, it is clear that no one wants to make a name for himself, because this proverb refers to someone's extraordinary misdeeds, that is not related to the accusation, admiration and imitation.

There is a saying, "Turn one day until you reach a hundred days". How good is a day of writing to God, a day of sobriety and exhaustion?” - says Abai, about the next statement. An alternative to this gesture, "Turn six days before sixty days", is widely used now. This is said in the Kazakh-speaking environment, in relation to certain situations. The meaning of this proverb is based on the fate of the "Camel", that was born in February with a white foam and the ability to mourn, return to the herd and leave offspring. The principle is that it is better to take advantage of every opportunity than to live a simple life.

One of the proverbs criticized by Abai, the ruler of the Kazakh Folklore Foundation: "When he sees gold, the angel goes astray". Abai criticizes this: "When he sees gold, the angel goes astray”. Get rid of the angel! No matter what the angel does with the gold, he wants to protect his greed”. What really can an angel do with gold? At the heart of this proverb is the idea that in any case, human beings are not angels, but the prohibition of lust for material needs is a great test for the human being.

Another proverb criticized by Abai is: “Animals are sweeter than parents, gold is sweeter than home”. It is almost sweet to pretend that an animal looks sweeter compared to its parents. ... We must be very careful about what they say out of ignorance. Of course, it is impossible to disagree with this statement. Indeed, putting more money (property, possessions) than the parents who brought you up in this life is not the work of a person with the right intentions, unless you have an extreme materialism.

In his forty-fourth speech, Abai criticizes the lack of diligence and concludes that this person is the worst of human beings. Abai divides the aspiration into several types, emphasizing that any of them is positive, noting that human beings, whether purposeful or not, want to be praised. "Human beings are often in search of dignity and aspiration. Someone is chasing the cattle. When I find an animal out of greed, dishonesty, I believe in the proverb, “A man who finds an animal has no plain”, “An animal's face is bright”, and he says, “Depending on the type of people, even a dog can't curse an animal”. In this regard, Abai said that the scale of the Kazakh aspiration for the livestock is limited to the theft and begging. Even so, owning one is still beyond the reach of the average person. In light of this, Abai lamented that, unfortunately, this is not the case, saying that the qualities that a person needs in general are "Bright mind, warm heart, hot energy". We have already mentioned the nature of these proverbs in today's world.

Thus, we have expressed our views on the Kazakh proverbs and sayings in Abai's proses from the point of view of today's Kazakhs of the XXI century. It is definitely true that at any age, in the work of any creative person, the breath of his epoch, the knowledge and customs of his society are reflected in the color of the period. A law of life is that society and its relations, concepts and notions are constantly updated, changed and advanced from time to time. As a researcher, Abai had criticized the proverbs and sayings in accordance with their time, society, people, ideas, goals and interests. If the proverbs and sayings criticized by Abai in the past are perceived in a much different tone, in a slightly different sense in terms of cognition of modern society, we can explain it with the above laws. In this regard, we must recall the saying of the famous Kazakh aesthetic writer Askar Suleimenov: "When a Kazakh comes to his senses, Abai becomes an obsolete". Of course, in the meantime, we are not denying the notion that Abai's words are outdated. However, it is clear that today's generation of Alash is much older than the Kazakhs of Abai's time. This concludes our discussion of the meaning of proverbs and sayings criticized by Abai in his time for the Kazakh society of the XXI century.