Home LITERARY PROCESS POETRY DEDICATED TO THE VICTIMS OF ETHNOCYD ...... 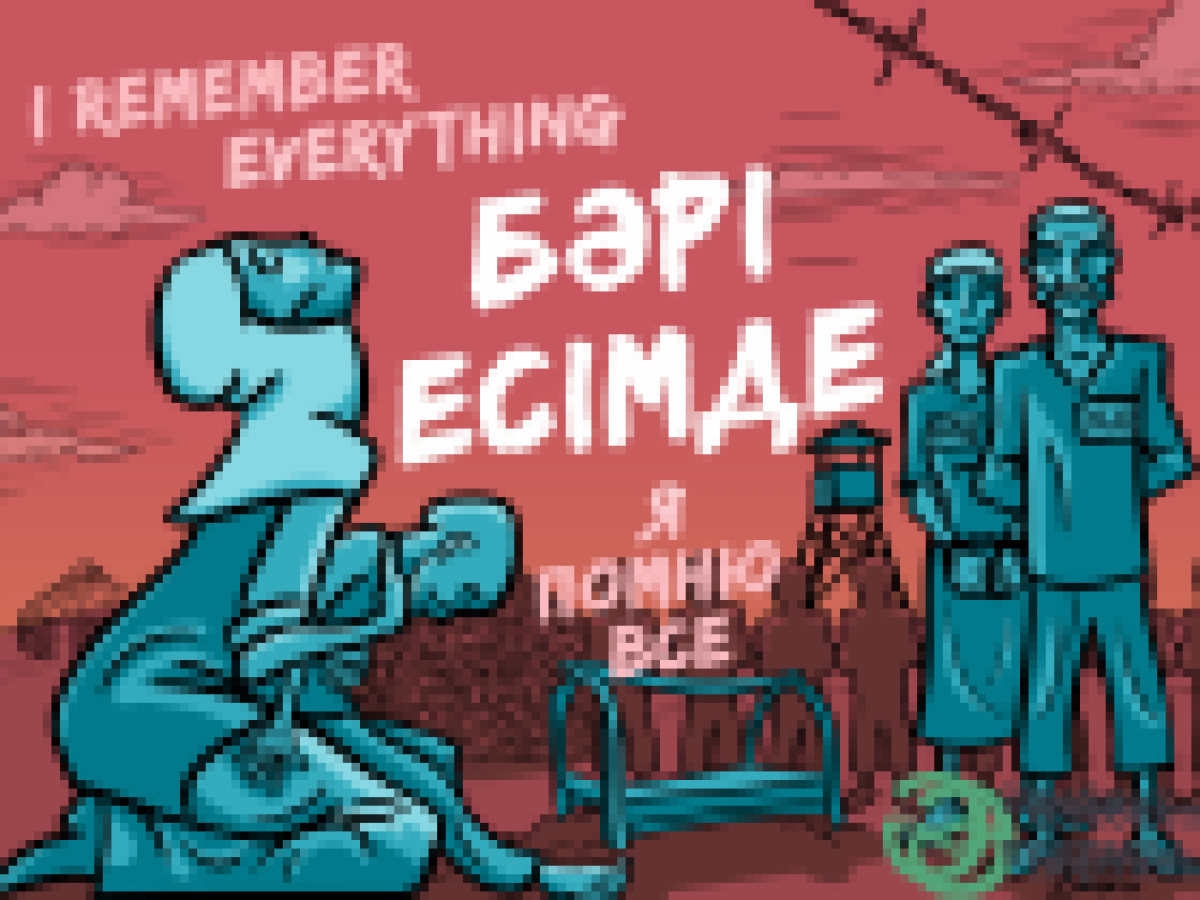 Tatyana Nevadovskaya was still a young girl living in the Kazakh village of Shymdaulet when she began to write down in her diary the horrific consequences of artificially organized mass hunger throughout the territory of Kazakhstan in the early 1930s.

One of those days, 19-year-old Tatyana Nevadovskaya, who moved to starving Kazakhstan along with her father, exiled professor, ran into a young Kazakh, exhausted, exhausted from hunger. After this meeting, she described in her diary the event she witnessed.

"The early spring of 1933. I went with someone from specialists, with me was a camera. On the road sat an exhausted, exhausted Kazakh. He hardly dragged himself from fieldwork, exhausted, moaned, begged and eat, and drink. 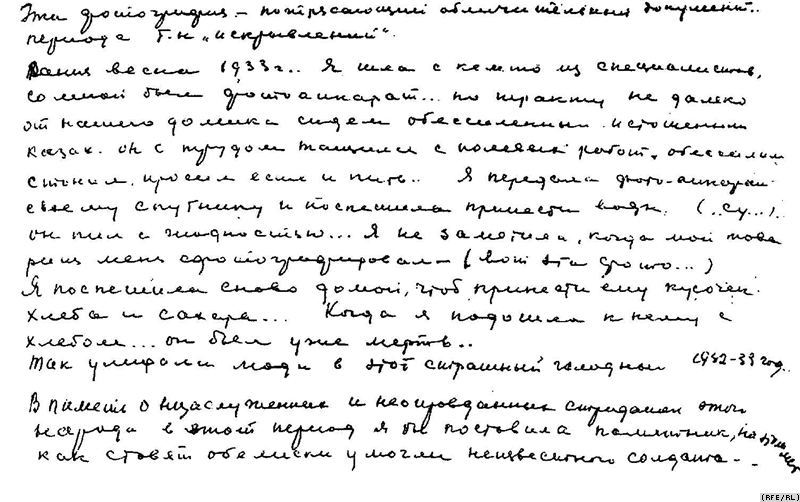 I handed the camera to my companion and hurried to bring water. Kazakh drank with greed. I did not notice when my friend photographed me. I hurried home again to bring the hungry piece of bread and sugar. When I approached him with bread, he was already dead. "

Fifty years later Tatyana Nevadovskaya came to the Central State Archive of Kazakhstan in Almaty and handed her personal archive, including a photo that her companion made during that meeting with the starving young Kazakh, a collection of her own poems, drawings and a diary she called "The Terrible , Hungry 1932 - 1933 years ". 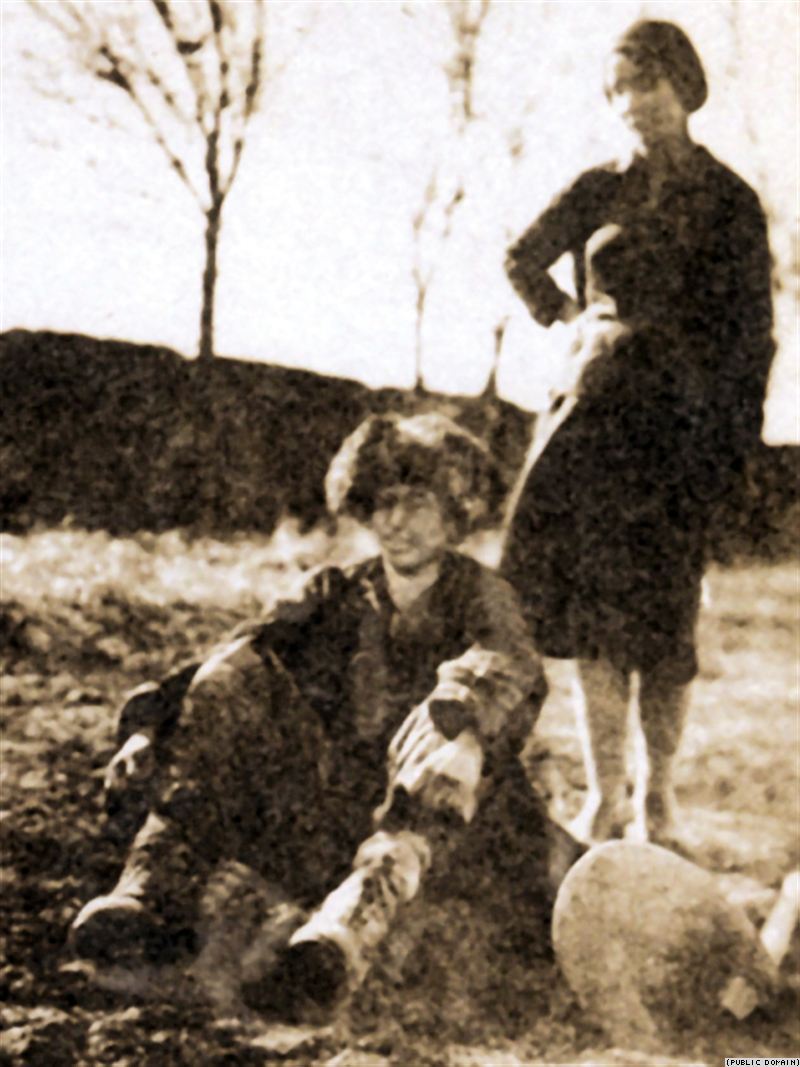 These materials were rare evidence of that part of the history of Soviet Kazakhstan, when approximately one and a half to two and a half million Kazakhs (according to other sources - about two thirds of Kazakhs) died as a result of the famine that was artificially organized by the Soviet regime. The famine was the result of the forcible transfer of traditionally nomadic Kazakhs to a settled life and complete confiscation of all livestock. The Kazakhs were thus deprived of the only source of existence.

In her diary Tatyana Nevadovskaya sets an important goal. In a thin notebook, 19-year-old Tatiana wrote: "In memory of this national tragedy during that period - suffering that was neither deserved nor justified - I will erect a monument in this place, as well as install obelisks over the graves of unknown soldiers" .

No exact statistics are available, but a number of historians claim that at least 50 million people were killed or destroyed as a result of the Soviet policy of "class cleansing", political repression, resettlement and mass collectivization until the mid-1950s.

Also there were not indifferent people like, the professor of history from university in Toronto Lynn Vajola which was engaged in research of history of crimes of the Stalin period. While in Moscow, where she took part in an international scientific conference on the history of Stalinism, Lynn Vijola noted that she had seen the original documents with her own eyes: reports, reports and memoranda, which provide precise data and details about the 1930s famine and clear evidence that, That Moscow was well informed about the human losses in the course of collectivization.

In the meantime, Lynn Vaiola believes, the researchers have quite free access to historical materials in the archives of the former Soviet republics, but they have very little evidence of policy motives in the era of Stalinism.

We suggest you read the poem of a young Tatiana, the daughter of a Polish/Russian doctor, which was published only 50 years later, the verse speaks for itself.

Besotted Spring has come together with March flow.

But I can’t forget everything... I can’t help remembering...

Already the first weed is showed, but I remember

Frozen figures on the snow.

Wretchedness and dirt, I do not notice them,

I do not notice any patches, no lice,

And infinitely, I truly suffer

For these destitute people.

Their hunger is mowing ... I'm not starving,

I recollect the mad old woman

And a woman with an outstretched hand.

From the dirty rags of the chest takes out,

And a tiny body presses

I do not shudder with disgust,

But I can not look calmly either,

As people, falling from exhaustion,

Peel the spikelets into a stack.

Straws here stand in the steppe.

And you can hear cracked and thin,

So what is their fault? For what such torments?

Here, on your land, in the land of your native land?

And the girl is sick under the haystack.

Under the skin of the rib, and the scapula protrudes ...

No excuse and no clue

The reasons for this terrible poverty.

Here the winter has risen. They get blue in the haze,

And the skylarks are already in the sky ...

And this corpse of the Kazakh is not less.

Who ordered? Learn - I want to understand,

Who sent death and poverty here?

Where ever people lived, roaming

With a camel, a donkey, and a herd.

Why remove the last shirt

And to make the whole region hunger?

All selected and nothing to give?

What kind of despot did this torture?

Or did such a whim come to the wit?

But everyone is silent, although they do know

Kazakh shepherds neither sow nor plow.

Without a yurt, he stiffens in winter,

Without a herd and sheep, he will starve.

And do not blame the climate, the nature,

On the fact that Kazakhstan is a steppe and wild land.

Such was the harvest! - Enough for the people

For bread and for tobacco, for meat and for tea!

So is not present! - We took away the best wheat,

Huge stacks remained in the fields.

At those storks such a nightmare is happening-

Could not invent either God or Allah ...

Without game and without skins, he will not be shod.

How can he know that in the suburbs somewhere

In the collective farms in the fields they plant, sow, reap.

I do not know how to reconcile with this,

It's hard for me to look at all this.

And not the land of suffering, famine, death.

My childhood hands are babbling

At the last year's and rotten hay,

And the sky is clear and the lark is sonorous,

A mixture of evil, good, want and beauty.