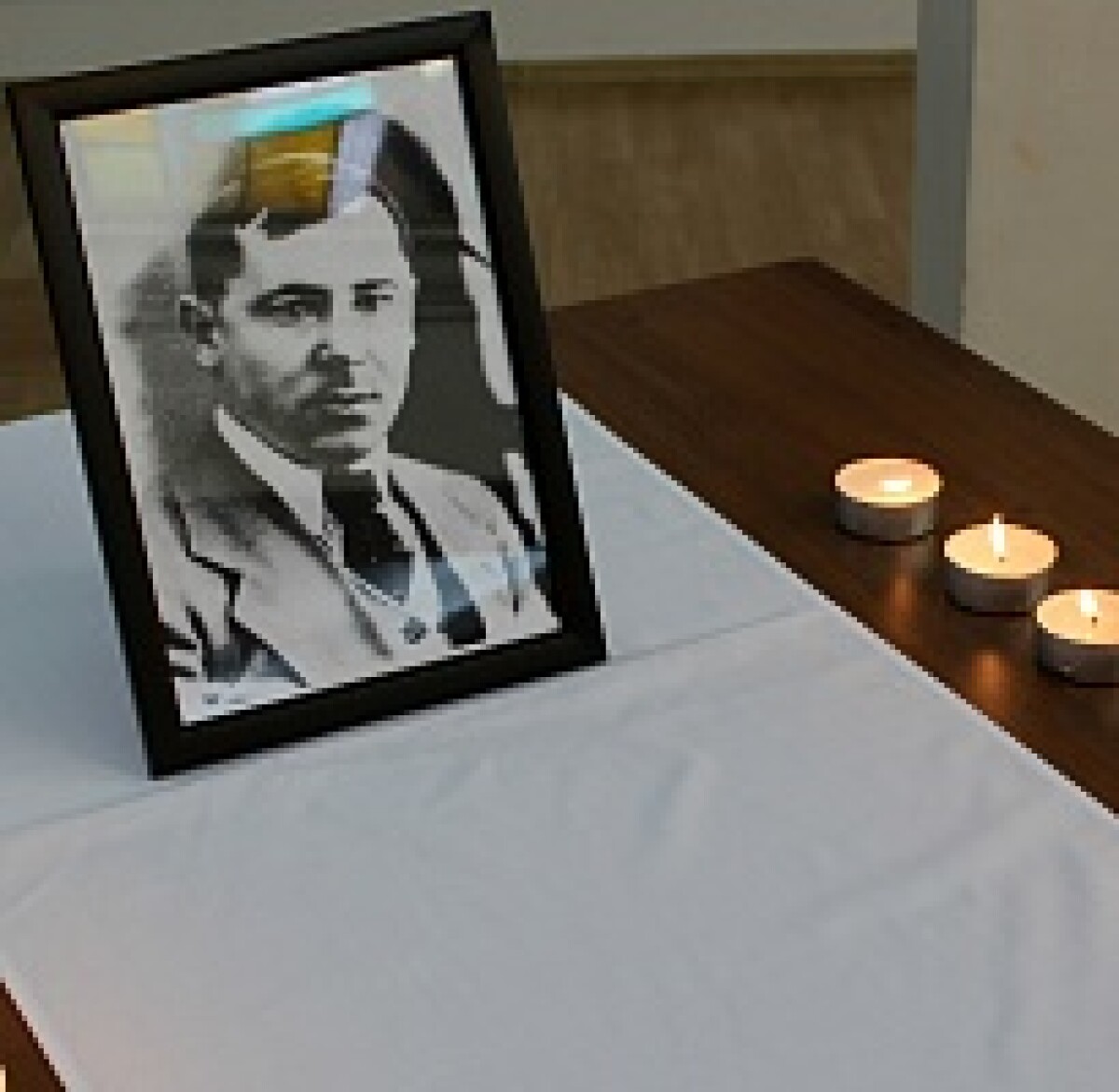 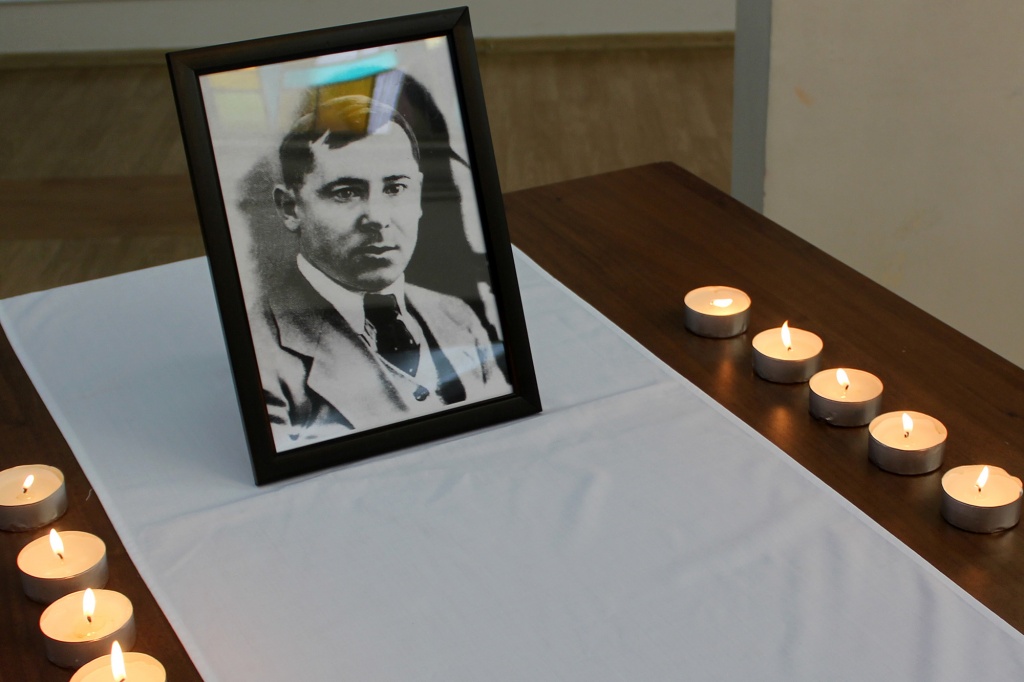 In Astana held the ceremony of awarding the winners of the first literary contest named after Musa Jalil.  The Solemn ceremony was held at the Russian Centre of Science and Culture, attended by representatives of the capital's intelligentsia, ethnocultural organizations and, in fact, young authors themselves. The ceremony was organized by the Tatar Education and cultural center "Duslyk" with the support  Plenipotentiary representative of the Republic of Tatarstan in the Republic of Kazakhstan and the Rossotrudnichestvo(The Federal Agency for the Commonwealth of Independent States, Compatriots Living Abroad, and International Humanitarian Cooperation) in Kazakhstan.

Guests were greeted by Tatar music, chak-chak( Eastern dessert, which is a pastry with honey, relating to the kitchen of the Turkic peoples. It is considered the national dish of Tatars and Bashkirs ) and baursaks( Traditional flour products of Kazakhs, Bashkirs  and Tatars are usually made from unleavened or leavened dough into small donut (diamond or round forms), manufactured by deep frying or in a cauldron; ) then offered to get acquainted with the exposition "The thoughts all day and night about you, my dear people".  This line from a poem by Gabdulla Tukai very clearly outlined the content of the exhibition of books about the history, culture, life the Tatars in general and  Tatars of Astana city in particular. Separate sections are devoted to the mother tongue and the great sons of the Tatar people - poets Gabdulla Tukai and Musa Jalil. Furthermore, one could see the national men's and women's headwear.

The event opened with the performance of the collective tacit of Tatar national anthem - the song "Tugan Tel"( Mother Tongue). Then the audience were greeted by the head of Rossotrudnichestvo in Kazakhstan Victor Nefedov. During his speech, he noted by letters of thanks for  contribution to the preservation and development of culture and language Honoured Artist of Bashkortostan, the leading soloist of the theater "Astana Opera" Alfia Karimova, laureate of international and national competitions accordionist Nurbolat Arzamasuly and teacher of school №36 of Astana Nina Agarkova.

By the way, awarded artists gladdened the audience  by the execution of Tatar and Bashkir folk songs. The concert part was also attended by  the readers Kuliash Kasparmakova and Gulzhahan Giniyatova and young flutist Amina Abdrakhmanova.

After the official part presenter of the ceremony the journalist Rinat Dusumov  recalled the tragic fate of the legendary poet Musa Jalil, the 110th anniversary of whose birth is celebrated throughout this year. It should be noted Rinat acted as the author of the literary contest named after Jalil, for the first time held in the capital of Kazakhstan.

Head of the project, the chairman of the Tatar Educational Cultural Centre "Duslyk" known public figure Yannat Nizamutdinova told about the cycle of events dedicated to the remarkable date. According to her, from February to May of this year in Astana was held the evening of memory and open lessons in schools and libraries. In April, hosted the annual traditional ecological Sabbatarianon the street of Musa Jalil. In early May, exhibits related to Jalil, joined the collection at the Ministry of Defense Military Historical Museum and were presented at the exhibition dedicated to the 71st anniversary of the Great Victory.

Speaking about progress made, Yannat Nizamutdinova not forget to name the names of the partners, whose indifferent and support helped to implement a large-scale project. All of them under the applause were awarded letters of thanks.

"Literary Competition was organized and conducted by the Tatar  educational cultural center "Duslyk"( Friendship) in the series of events dedicated to the 110th anniversary of the Hero of the Soviet Union, Tatar poet Musa Jalil. Start of the competition was given to the poet's birthday - February 15, works accepted until April 30. The main objectives: to strengthen inter-ethnic harmony in the community and unity of the people of Kazakhstan, promoting the formation of Kazakhstan patriotism, preservation of historical heritage and the memory of the heroes of the Great Patriotic War. Additionally, we would like to present to the public opinion of today's youth in the preservation of peace and accord in Kazakhstan. With the help of the competition we have sought to identify new talents and gifts, whose works will be included in a special collection, on which work is already underway, "- said Yannat Nizamutdinova.

Invited to participate young authors from Astana in age from 8 to 29 years. In their works they were asked to identify topics such as subjective attitude to historical facts; the heroism of the Soviet people, manifested in the Great Patriotic War; heroism Tatar poet Musa Jalil; Jalil's poetry influence on the formation of thinking of today's youth; the idea of preservation of world peace and prevent armed conflicts; as well as the idea of inter-ethnic harmony.

The winners of the three age categories were: Madina Omarova (lyceum school №64), Alina Ronkovskaya (school №36), Alia Kazkenova (school-lyceum №60) and a student of the Medical University of Astana Amanzhol Abdullayev. They were awarded by the diplomas for taking first place and with memorable gifts.

The rest of the participants received certificates. Besides, were awarded to three nominations: from "Adebiet portal" (Literary portal)  - "The most original essays" - Alia Kazkenova, by the Plenipotentiary representative of the Republic of Tatarstan in the Republic of Kazakhstan - "Young talent" - Ilyas Konakbayev (school №36), and from the Russian Cooperation Office in Kazakhstan - "Nothing is forgotten ..." - Darkhan Abdrakhmanov.

The ceremony ended with the collective performance of "Victory Day" lyrics, photographs on memory and  tea with Tatar sweets.

Photo by the author 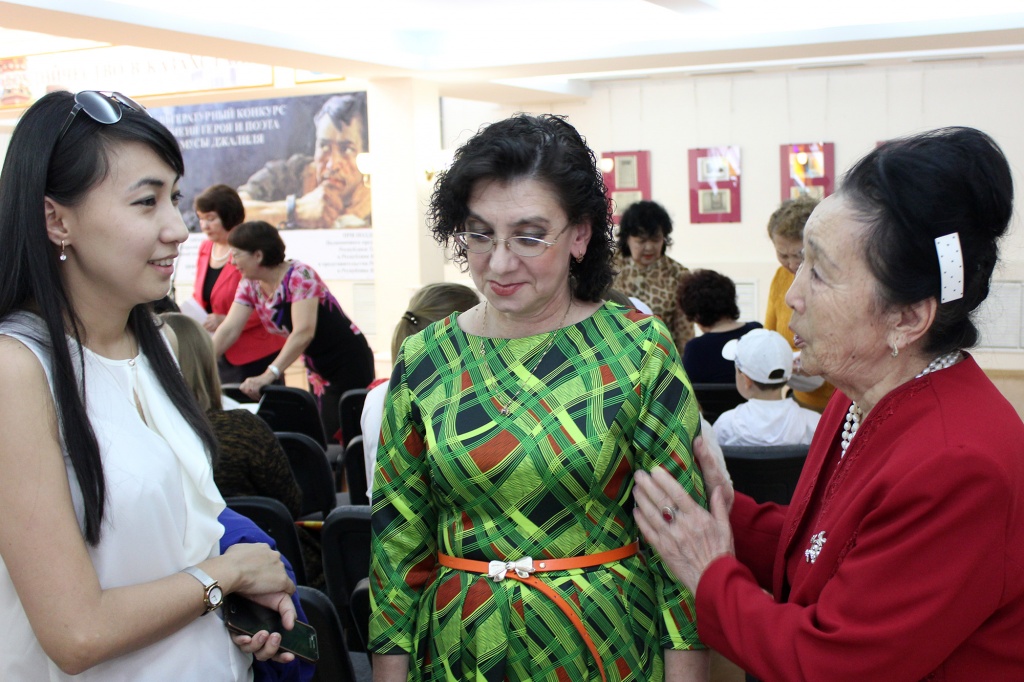 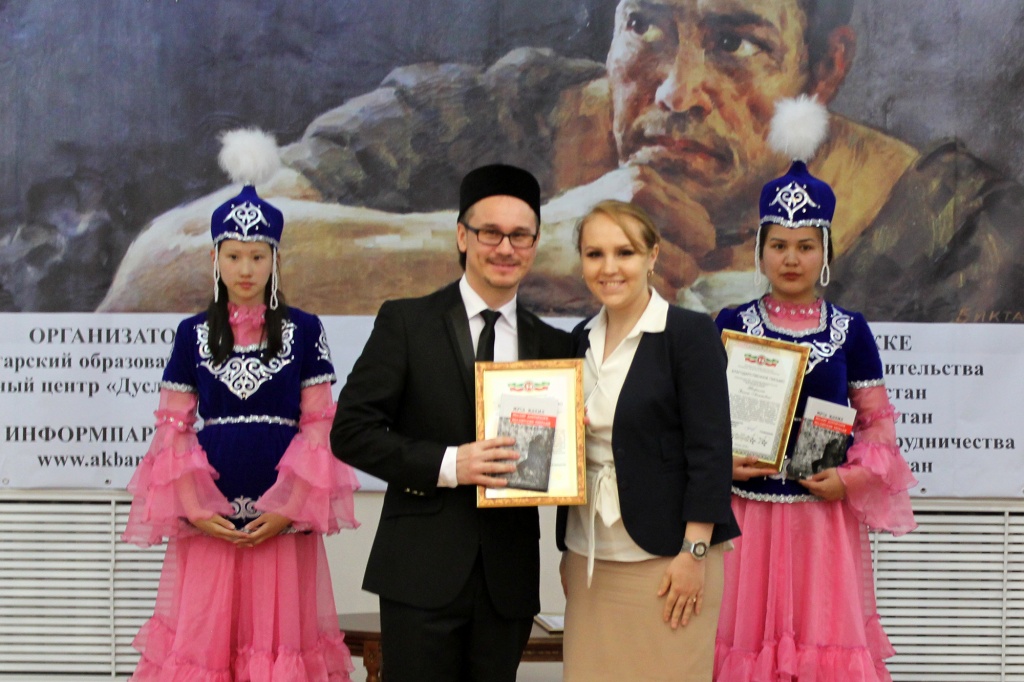