Home LITERARY PROCESS LITERARY NEWS Kazakh literature of at the end of XVIII – and in ... 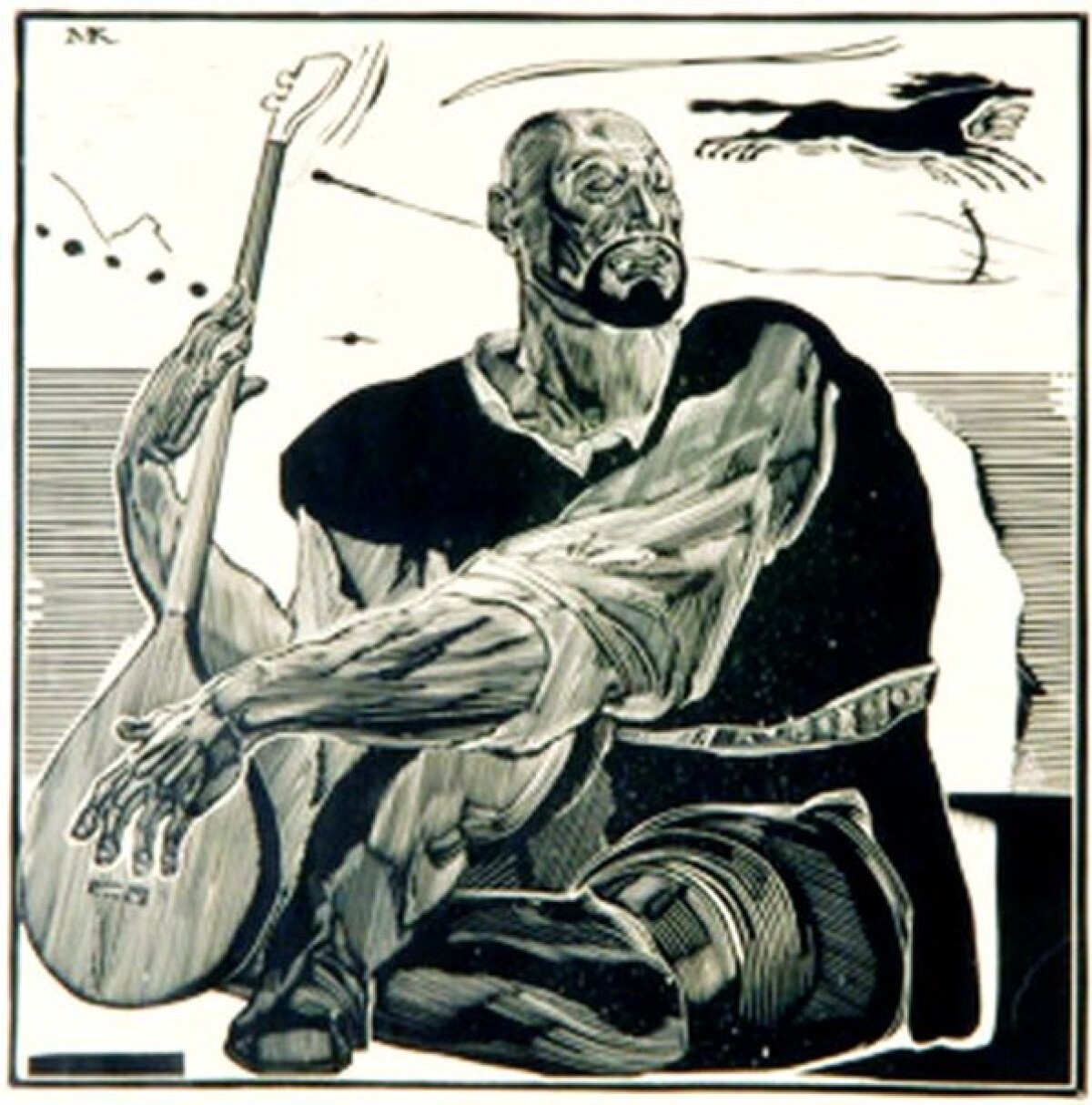 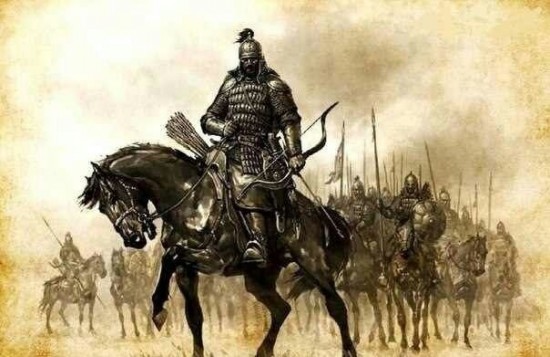 Kazakhstan at the end of XVIII – and in beginning of the XIX centuries turns into knot of the sharpest internal political and religious contradictions. Being the feudal country, with backward forms of economy, mainly with the semi-nomadic population, it underwent a colonial policy of imperial autocracy. As a result the poorest part of the Kazakh population appeared under double pressure - imperial officials and the local feudal bay nobility. А crippling burden for workers were the taxes and the requisitions levied by khans, sultans, volost governors, imperial deputies. At the same time, Kazakhstan was more and more involved in the all-Russian market, in the capitalist relations. It strengthened contradictions between backward forms of managing and the new relations.

The circle of social, national and political contradictions was spreading. The discontent of the people surged up, hatred to the local government supported by the imperial government amplified. All this in 1836-1837 led to the anti-feudal and anti-colonial country revolt under Isatay Taymanov's leadership and the poet Makhambet Utemisov in the Western Kazakhstan in the Bukeevsky Horde. The actions of rebels became more and more resolute, the risen attacked auls of feudal lords, bays, sultans and threatened a residency of Zhangir khan. 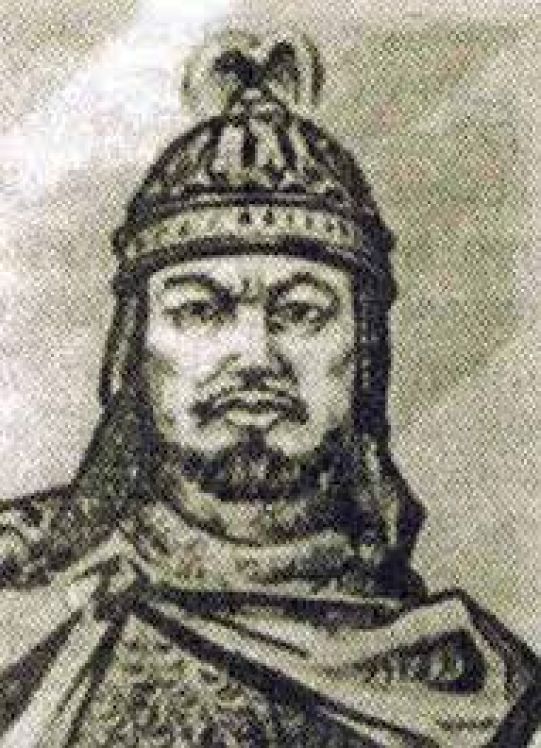 With the help of artillery the imperial punitive forces crushed the insurgents. With a small group of the rebels Isatay and Makhambet managed to go over the left bank of the Yaik river (Ural). Having collected forces, they stirred again to action; however in 1838 the insurgents suffer final defeat. It was a large rebellion of the people against the Kazakh feudal lords and imperial administration. Though the national liberation movement suffered defeat, it scarred consciousness of masses, found reflection in the history and in literature of the Kazakh people, promoted the statement the public, civil and patriotic motives in it. In the first half of the XIX century, in the period of intensity of class contradictions and anti-colonial fight the spokesmen of interests and expectations of the people were the poets Makhambet Utemisov, Sherniyaz Zharylgasov, poetess Almazhan Azamatova, Suyunbay Aronov and others akyns of democratic direction.

The special place in the history of the Kazakh literature belongs to the outstanding original poet Makhambet Utemisov (1804-1846), to the ideologist and the herald of emancipating fight of the Kazakh peasants. Eminent from the very youthful ages for his mind, talent, knowing by heart poems of many zhyrau (Kazakh poets), good command of the Arab and Russian languages the khan of the Bookey Horde Zhangir decided to hold young Makhambet closer to the rate, made him the instructor-tutor of his son successor. Subsequently the khan wanted to make him one of the advisers and the court poet. However it did not happen. The khan environment gave to Makhambet the chance to learn that many disasters proceed from khan absolute power, pious only in appearance, but actually the cruelest oppressor Zhangir and his close sultans. Makhambet refuses to serve the khan and improvises the satirical poem where gives him the terrible characteristic - «you are full of an evil ghost», «a whistling viper», "chameleon", «a two-tailed scorpion».

The poet was closed in a fortress, but he managed to run. Singing courageous songs Makhambet  Utemisov continues to expose crimes of the mighty of this world, urges the people not to bear humiliation and oppression any more, to be stirred up and support the human rights. Together with Isatay Taymanov Makhambet becomes one of the leaders of insurgents, the ideological inspirer of this movement. After the defeat of revolt Makhambet does not put the weapon down, he intends to lift new revolt. In exile he continues to compose the songs full of deep bitterness, regret concerning failure of national movement, thirst of new fight:

One I ask from destiny: A new Fight, hot fight! Oh, I’d wish more fight!. I would splutter the enemy’s blood!

Makhambet was lost from hands of hitmen, they ruined his house, and delivered his head to the khan rate.

A well-known Russian traveler and writer Е.P.Kovaklevsky, met in 1839 Makhambet and talked to him, wrote: «I understood him as the person extremely remarkable in a circle of the people. selflessly devoted to it, very educated, well speaking Russian, as a nature of a heroic warehouse, the genuine patriot, passionately looking for soul and big charm, as extremely fascinating interlocutor».

Makhambet Utemisov's works are really new for the Kazakh literature ideological and art system. Expectations and dreams of the people, its thought and mood at a dramatic situation of history were reflected in his songs. He approved a civil lyrics, high patriotic spirit, idea of fight in the Kazakh literature. Utemisov's works are closely connected with public and social life of that time. Everything in him is from restless life, raging, complete fight against oppression and violence.

The central theme of the poet’s songs was about the armed revolt of the labor population against the khan and colonial power. All main issues, revolt stages, from the beginning till the suppression are found in the poems of Makhambet. In propaganda poems «Пока скакуна не смиришь ты, ездок» (Until you restrain the racer, rider), «Беркут мой» (My golden eagle), «Битва Исатая» (Fight of Issatay) the poet inspires the fighters who have taken in hands the weapon, describes their readiness for fight, the fight purpose was to destroy the khan palace, «to populate the coast and a valley of the rivers and lakes», to fill pastures of scotomas, to return to the Kazakh sharua primordial lands, «to balance sons of simple Kazakhs with khan sons», «to chop off the heads to barrel-bellied rich people and sultans». In such songs as «Призыв к походу» (The appeal to a campaign), «На наше дело нужен черный нар»  (On our business is necessary black plank beds) the poet urges insurgents not to fear temporary failures, to fight to a victory. Defeats of insurgents, death of the head of revolt Isatay Taymanov, a rough handling of enemies with the captured are reflected in poems ".«Аргамак настигнут стрелой» (Argamak is overtaken by an arrow), «Мглистый день» (Foggy day), «Отставший лебедь» (The lagged behind swan), «Нарын» (Naryn). 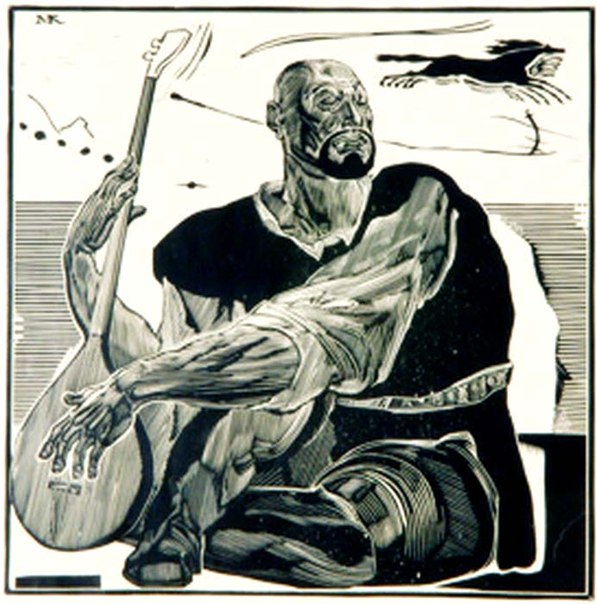 After defeat of revolt Makhambet Utemisov wrote a number of songs - —«Песня в изгнании » (The song in exile), «Великая мечта» (Great dream), «Чибис» (Lapwing), «Острым мечом я был» (A sharp sword I was) where he remembers the fighting past, about brave batyrs (Kazakh warriors), their valorous affairs. His poems are penetrated with pain and bitterness about bloopers that were pulled, mistakes, meaning fortnight negotiations of the khan and the lieutenant colonel Geke with insurgents to win time for a campaign of imperial retaliatory groups. But the poet does not lose hope of another revolt and dreams that the happy days would come.

For the first time in history of the Kazakh literature Makhambet created an artistic image of the positive hero fighter, an image of the historic figure modern to the poet. In poems of Makhambet «Отважный герой» (The brave hero), «Беркут мой» (My golden eagle), «Сын Таймана, Исатай» (Tayman's Son, Isatay), «Битва Исатая» (Fight of Isatay) Isatay Naymanov is the owner of remarkable human qualities, with high moral, sincere nobility, devoted to the people. Revolt is a manifestation of spirit of the people, national anger, and hatred to exploiters. Not everyone is capable to go to fight, but people of exclusive courage, ready to follow interests of the people of any difficulties.

So hardy, mighty and firm you were, In ruthless fight you were persevering, proud! My eagle. Your free voice rattled. You were fearless, persistent and dared. So deep, as the sea, you mind was quiet and direct on the way. With care of the people you were obsessed, You were a girth strong for him, And you did not feel sorry for yourself.

In traditions of ideological and poetic creativity Makhambet describes Isatay in style of epic athletes, applying graphic means («Isatay really was a lion», «Over a height of mountains soaring my golden eagle»). Makhambet-poet stood at the joint of folklore and written literature therefore in his poems about Issatay the traditional folklore image of the hero fighter includes both realistic lines and details. Singing of revolt of Issatay, the poet does not forget to speak about his failures, about a fatal flaw which Issatay allowed at a siege of the khan rate. Dying batyr Issatay told to Makhambet the following words:

You were right, my friend, you were right! My stubborn temper conducted me; to me nobody's council was against the hair. How could I believe the enemy? I appointed Ten days term and dismissed my fighters... I’m separated from my people. I perish, full of bitter thoughts.

Makhambet Utemisov was the founder of civil political lyrics. His poems are full of pathos, optimism, hatred to despotism, ideas of fight, are close on style to heroic romanticism. His creativity by the indignant protest, ruthless criticism of oppressors, simplicity and courage of style predetermined emergence of the subsequent democratic literature of the second half of the XIX century. Poetry influence of Makhambet was felt in works of a number of poets and writers such as Sherniyaz Zharylgasov who in youth participated in Isatay Taymanov's revolt, poetess Almazhan Azamatova, the daughter of one of the lost participants of the revolt.

Certain traces in the Kazakh literature left the events connected with anti-colonial revolt of 1846-1847 under the direction of Kenesary Kasymov. Poets Dulat Babatayev (1802-1871), Shortanbay Kanayev (1818-1881) and Murat Munkeuly (1843-1906) enriched literature in the thematic and genre relation, having strengthened its critical and lyrical began. The realistic image of a difficult situation of the Kazakh people suffering from double oppression, imperial officials and local feudal lords was the general subject for them all. In their poems, in gloomy tones expansion of the czarism which, in their opinion, brought troubles to the Kazakh people is shown: deprivation of lands, century foundations, life, morals, belief, language, traditions. That’s why the motives of a hopelessness, confusion, disorder, and alarm for the future prevail in their creativity.

The Kazakh public and democratic thought in the middle of the XIX century made a significant progress in development of educational movement. These ideas became leading in the Kazakh literature of the second half of the XIX century. Creative and public and pedagogical activity of the Kazakh educators, democrat scientist S.Ualikhanov (1835-1865), poet-teacher Ybyray Altynsarin (1841-1889) and the founder of the Kazakh realistic literature and the literary language Abay Kunanbayev became the spokesman of pressing needs of an era. They were united by aspiration to resolve the thorny and urgent problems facing the Kazakh society. Representing the Kazakh reality truly and deeply, democrat educators saw in education, culture familiarizing of the Kazakh people with advanced culture of Russian and other European people, development of democratic traditions of the European social movement. Life and workes of the Kazakh educators defined ways of further growth and development of all spiritual culture of the Kazakh people.