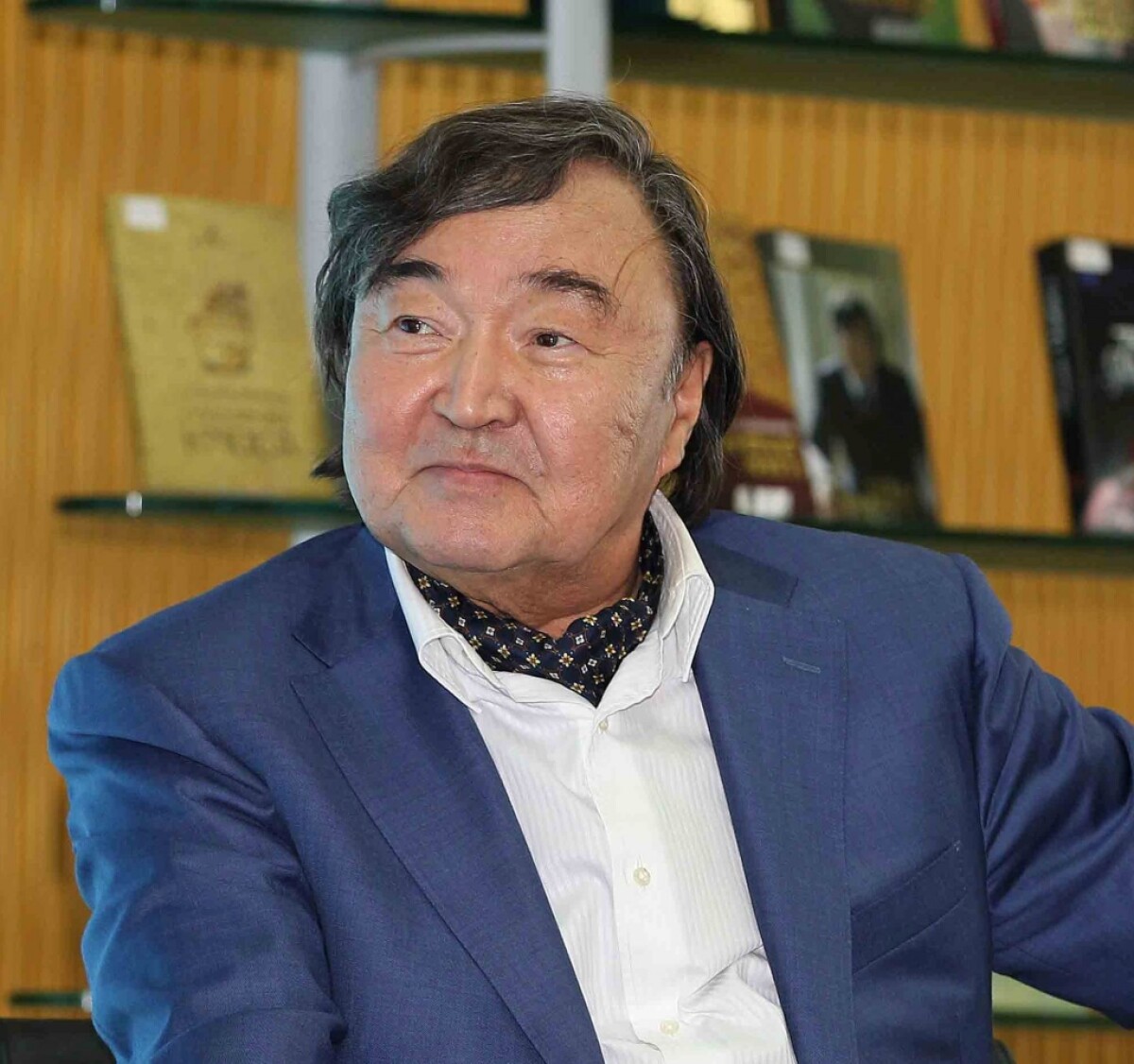 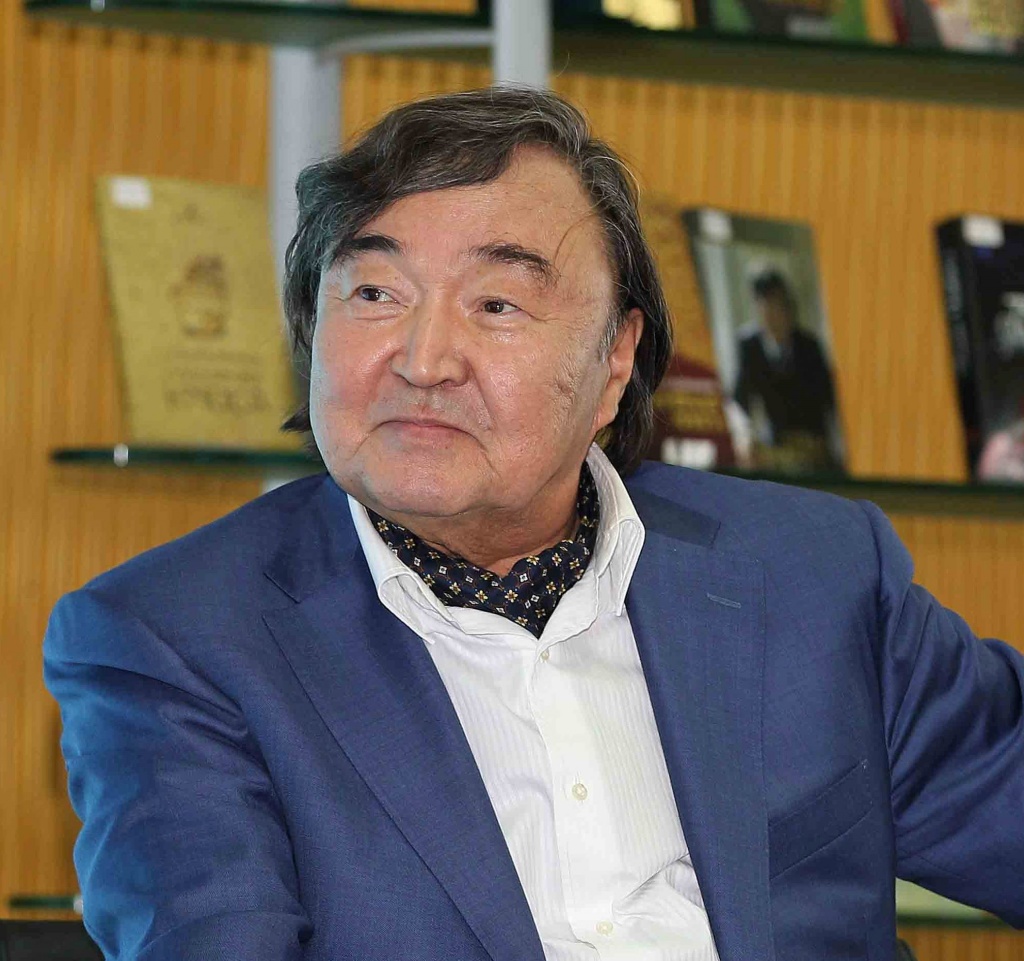 A prominent Kazakh writer Olzhas Suleimenov many years engaged in linguistic studies, lived space of looking for a single cultural and historical ties between the different peoples  languages. These countries cultural desire kinship proved in his  book  "Az i Ya" , as well as the "Prehistoric Turks" and "Cross-parallels", which seemed to be in the works. In addition, some time ago published in the Russian language "Markup language" book linguists, scientists aroused great interest not only to ordinary readers.

President of Kazakhstan congratulated Olzhas Omarovich Suleymenov with 80th anniversary, mentioning that he is a prominent representative of local intellectuals.

- True intellectual is not only well educated, but the main thing - he's always with people, not only in the joyful but also in difficult moments, pointing moral guidelines, thus preserving the unity of the people and the power of the state. You headed the movement "Nevada-Semipalatinsk" and had a lot of help in the closure of the Semipalatinsk nuclear testing ground. In subsequent years, it was also difficult: it was necessary to carry out the demarcation of the borders of Kazakhstan to strengthen its independence. In this cases there is also your merit. And today, you are an example for the members of the intelligence, for all of our young people, - he said. 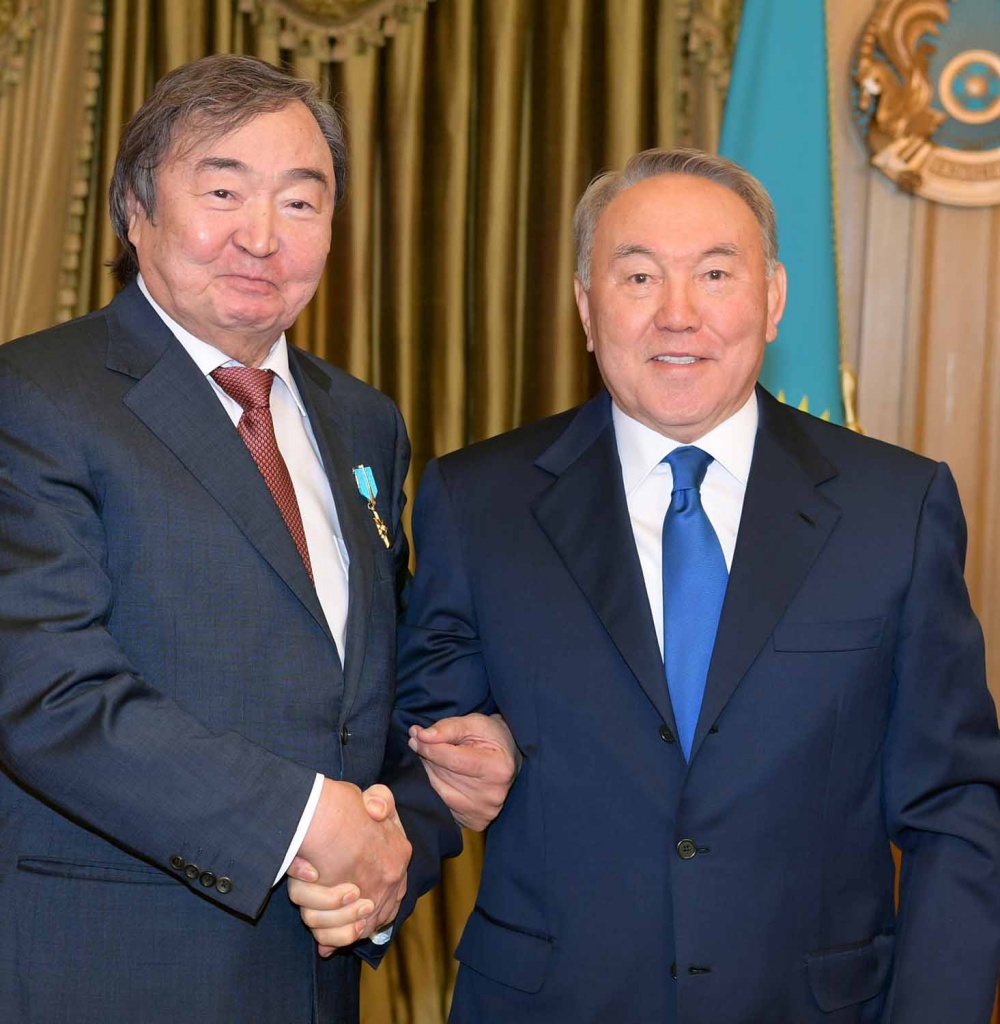 During the meeting, Nursultan Abishevich Nazarbayev, for his special contribution to the development of national literature and public activities aimed at strengthening peace and civil accord, handed to Olzhas Suleymenov Gold Star named "Kazakhstan Yenbek Eri." The President wished good health to the poet, happiness and further success.

In turn, Olzhas Suleimenov expressed gratitude for conferring the title, mentioning that it is a true measure of support for the whole Kazakhstani literature. The poet also said that all the works were written with thoughts about the welfare of the people and the country, wishing a happy future for our state.

Congratulations on the anniversary of Olzhas Omarovich. We wish him good health and longlife of years, inexhaustible potential of creativity. Also, by assigning to him the award by the decision of the Decree of the President of the Republic of Kazakhstan Nursultan Abishevich Nazarbayev "On conferring to Suleimenov Olzhas Omarovich - poet and public figure, highest distinction - the title of " Hero of Labor of Kazakhstan ". For the special contribution to the development of national literature and public activities, aimed at strengthening peace and civil consent, to assign the highest degree of distinction - the title of "Kazakhstan Yenbek Eri" to Suleimenov Olzhas Omarovich.