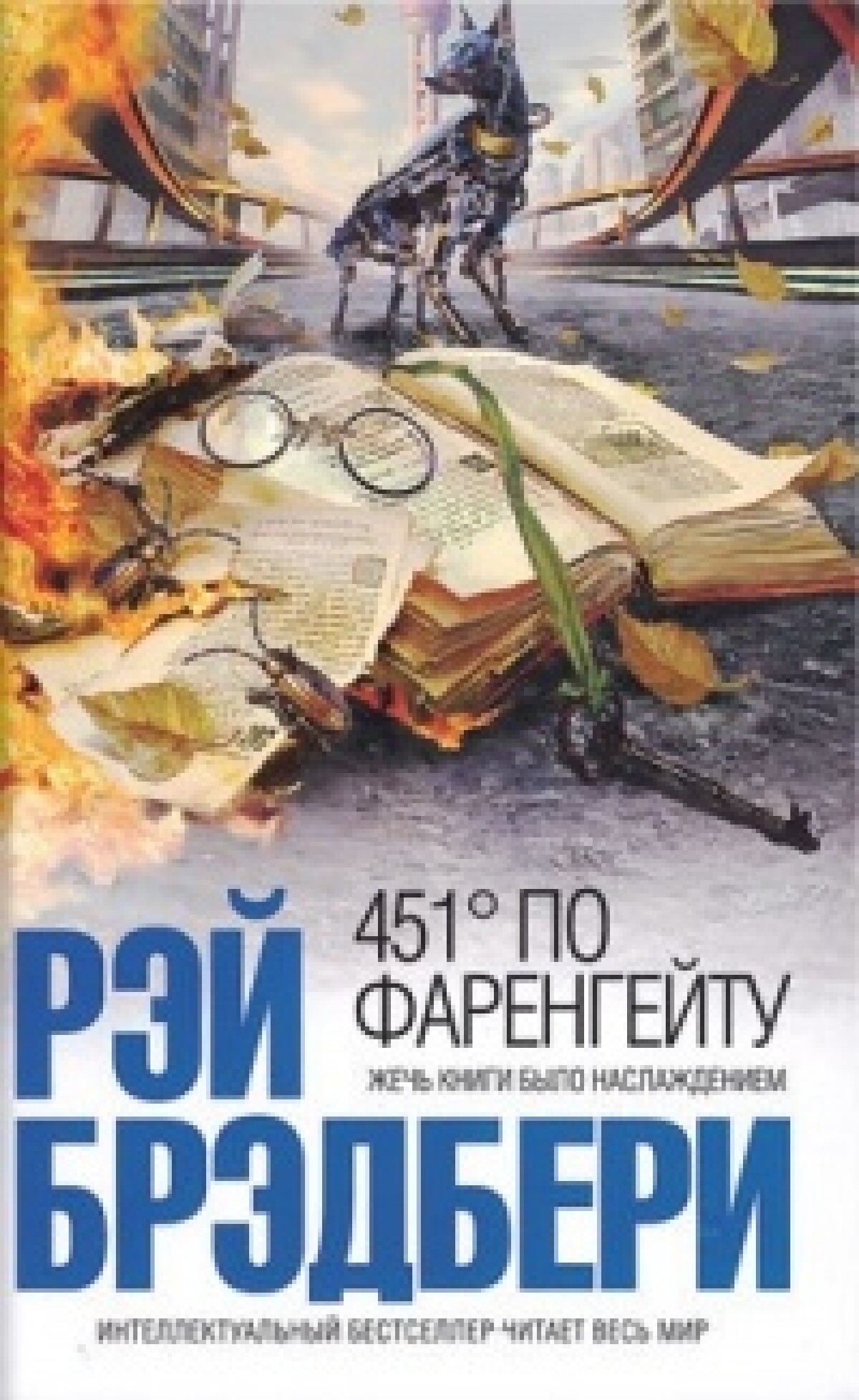 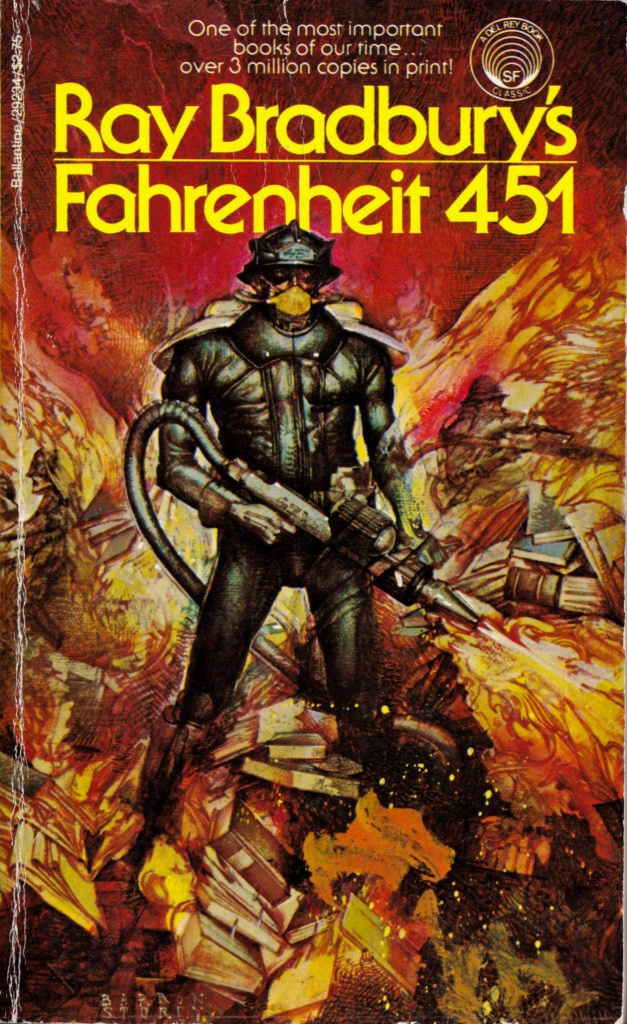 The name of the novel “Fahrenheit 451” has been chosen because, allegedly, at this temperature paper (on a novel plot the government tries to withdraw and burn all books at the population) self-ignites. Actually paper ignites spontaneously at a temperature above 450 degrees Celsius. By Bradbury's recognition, the mistake has been caused by the fact that at the choice of the name he consulted with the expert from fire service who has confused temperature scales.

With the brass nozzle in his fists with this great python spitting its venomous kerosene upon the world, the blood pounded in his head, and his hands were the hands of some amazing conductor playing all the symphonies of blazing and burning to bring down the tatters and charcoal ruins of history.

People - the “alive books” described in the book existed in the Soviet Union in system of the Soviet camps the ban on some books of “not that orientation” has led to the fact that convicts learned these or those works (verses the Bible and so forth) by heart, retelling further their matter other prisoner orally.

Ray Bradbury “has thought up” the most popular format of earphones in due time for today – so-called “droplets”. In the book he wrote: “In ears she has densely inserted tiny “Cockleshells”, tiny, about a thimble radio receivers plugs, and the electronic ocean of sounds — music and voices, music and voices waves washes coast of her awake brain”. The novel has written in the 1950th understand what at that time there were earphones!

Ray Bradbury wrote this novel on the hired typewriter in public library of Los Angeles. The basis of the text was formed by the unpublished story “Firefighter”, and also the story “Pedestrian”. For the first time the novel has been published with parts in the first issues of the Playboy magazine. In the USSR it is for the first time published in 1956 though the Soviet readers could already read reviews of this work in the second half of 1954. And responses on the book were different: from almost negative to very positive. What is interesting: negative responses (besides in ideological magazines of the Central Committee of CPSU like “Communist”) haven't led to a ban.