93 years ago, in 1926, the novel ‘Kartkozha’ by Zhusipbek Aimauytov was released. The inspiring and heartbreaking novel has a sad fate.

During the Soviet-era government repression, all the writer's works were banned and destroyed. Only in the late 80s of the twentieth century, when the name of Zhusipbek Aimauytov was rehabilitated, the novels ‘Kartkozha’ and ‘Akbilek’ (the article dedicated to this novel was published on our website) became available for readers. 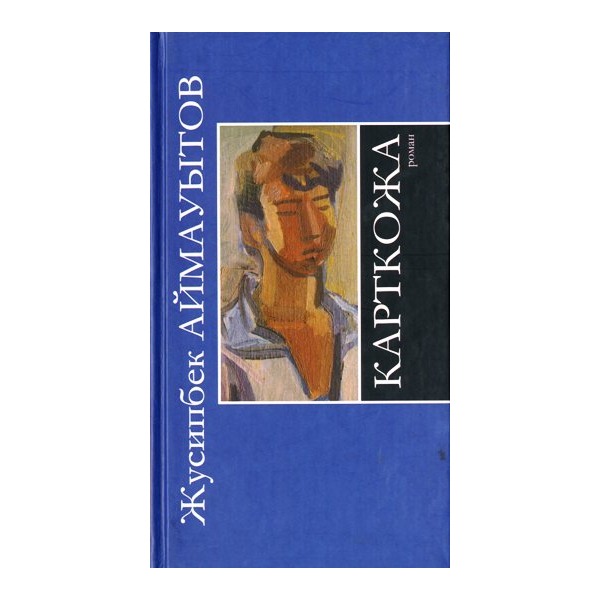 There are writings written by great personalities in literature. Their works are unique in terms of social, emotional and spiritual dimensions. The way their writings are written almost makes it feel like you are right there. At that time the merits of these writers were not properly evaluated. But in a history the end is almost always and the new beginning. The book ‘Kartkozha’ has survived so many decades to live now its “second life”.

‘A writer always acts as a historian, no matter about which moment in history he or she would write or wrote’ – this statement by a prominent Qazaq writer, public figure Olzhas Suleymenov I would use as an epigraph to the mentioned novel.

The emotional worth of the book is that it reveals the hard truth about life of Qazaq people. The author understood that people preferred comforting myths and falsehoods to the truth, but he was very brave and determined. Thanks to him now we can read the tragic pages of the Qazaq history.

The author skillfully described in the novel ‘Kartkozha’ national features and peculiarities of Qazaq people. The key element of the novel is national spirit, that cannot be measured by the Dow-Jones average nor national achievement by the gross national product. The national spirit from the past (that existed at the time of Zhusipbek Aimauytov) was based on the anticolonial mindset that desired to be free from the bonds of oppression.

The principle theme of the work is the forced mobilization of the Qazaq youth for trenching works of 1916, the establishment of Soviet power by the Bolsheviks on the territory of the Great Qazaq Steppe and, the force of the impact of these events on the Qazaq people. It was a time of uncertainty, anxiety and fear!

The writer reveals his hurt and indignation while talking about the general mobilization of 1916. He says that a great number of young Qazaq people were mobilized around this goal, that decision of the Ruling power resulted in a number of deaths (some of recruits hanged themselves, some of them died or returned disabled, because a struggle with the Tsarist army was unequal).

In his novel, the writer tried to create the image of a Qazaq fellow, who received into himself the best features of Qazaq nationality. Kartkozha is shy, naive, kind, honest, noble, patient and curious. He has a great willingness to learn, he dreams of being in school.

The proverb ‘A tree is known by its fruit’ means that a good tree does not bear bad fruit, although Kartkozha’s parents are poor people, but they are loving people and pure in soul. Zhusipbek Aimauytov with sympathy tells about Kartkozha's parents.

About his mother he says: ‘to everyone whom she will meet on her way she finds kind words. A smile on her face is a usual thing’.

About his father: ‘He has never wanted to have something that does not belong to him. Even when the world was divided into two opposite parties, he did not want to get money for jam’.

The main character represents a world of good, grace, love and tolerance. There is an episode in the novel, where Kartkozha, feeling hungry and tired, meets a poor creature - an orphan girl on the way home and he could not stand to see her suffer. He invites her to go with him. He takes active measures to make her life better. They have got a brother sister relationship.

In spite of great difficulties and poverty he continues to be sentimental, warm-hearted and gentle. Kartkozha worries about the future of his homeland. There is nothing more beautiful for him than the evening sunshine in his aul. He believes that “a motherland is a miracle. A man indifferent towards his homeland is a creature without a heart”.

Against all odds Karkozha continues to keep an equal mind. His moral upbringing got in the home and his backbone do not allow him to stumble. He meets different obstacles: he is robbed, he loses documents, then he is sent to the front, forcibly married under the Qazaq law of ‘amangerlik’ to his brother’s widow, etc.

But all this does not stop him on the way to get knowledge, at the end of the novel, he finishes teaching courses and gets an education in Russia. He overcomes intimidation, hopelessness, humility and he is full of enthusiasm to bring light to the Qazaq steppe.

In the novel ‘Kartkozha’ Zhusipbek Aimauytov also pays attention to the internal squabbles and a lack of solidarity among Qazaqs. Many of them are concerned with only one thing: where to find a way to drink and eat more. The writer is also worried about the stone hearted people. He raises such questions as “where is the justice? where is humanity?”.

I would like to say some words about the brilliant language of the novel: it is colorful and impressive. “Snow-white, like cotton, clouds, light as foam of beaten kumis, are floating” (‘kumis’ is a fermented diary product traditionally made by Qazaq people from mare’s milk) - only a great master of the word can use such an image-metaphor.

The writer made a good ending for the main hero, but at the same time the author gives the reader a feeling of impending catastrophe: there would be a Great famine in Qazaqstan, a lot of Qazaq people would be exiled, killed and crippled by the Stalinist repressions of 1937-38.

I close the book with a feeling of appreciation for Zhusipbek Aimauytov for his courage, truthfulness and boundless love for his people. I am sure that time spent on reading this book is not wasted. It teaches us how to stay strong and calm in difficult situations and believe in bright future.

The Russian version of the novel was made by a famous writer, playwright, philosopher Shakhimerden Kusainov and was published in 2008.