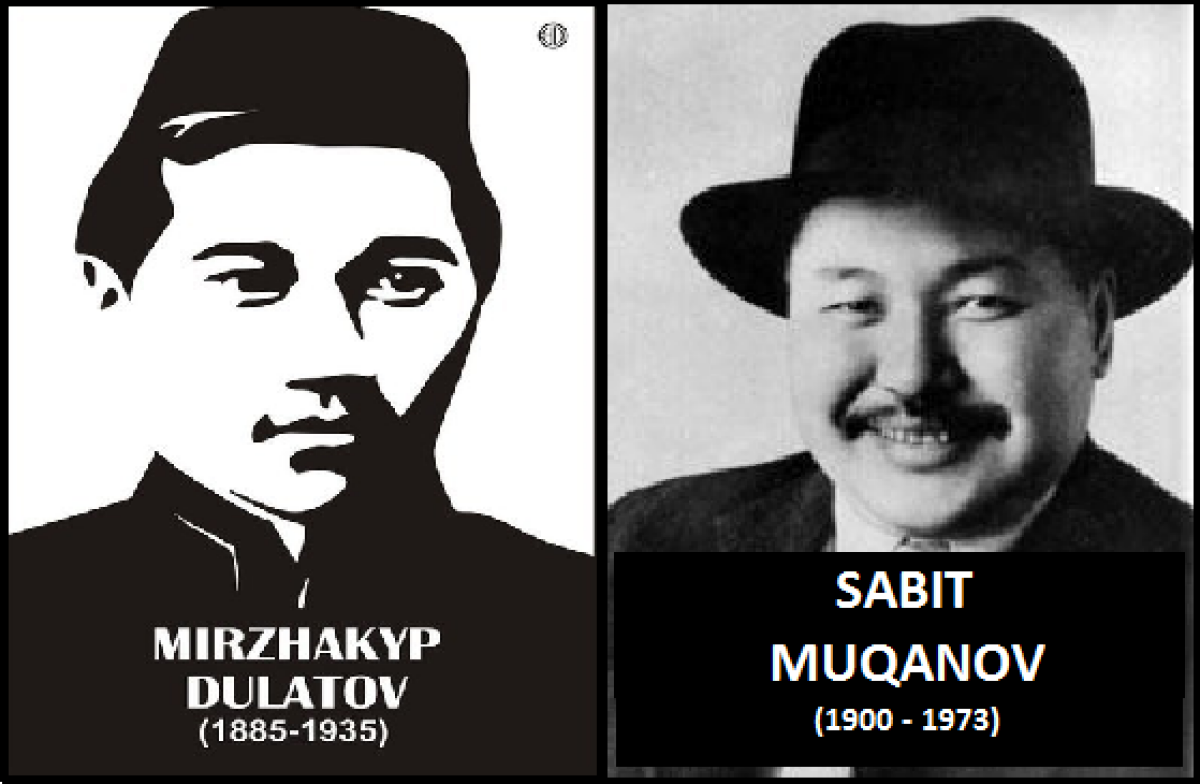 Time is the fairest balance. Time scales like a hourglass, floating above the historical epoch of the last period that continuously separating truth from falsehood. There is also no shadow of doubt in the simple truth that those who kept the word in due time, those who was the public voice, those who considered themselves as eyes and ears of people - have been buried by flying through the sieve of the history dust, and the others on the contrary shine and rise in this side less world. 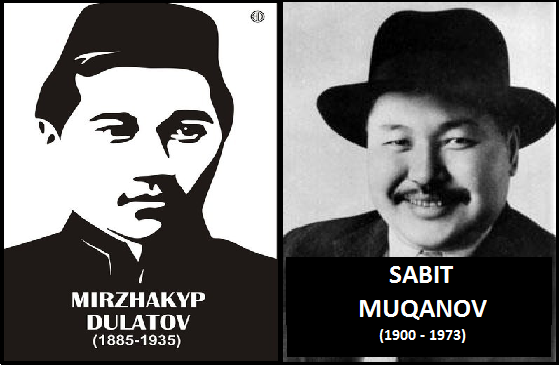 Saying about scales, incidentally, we have a perfect example of the scale pans of the two, rather than one head of Eskendir(Alexander the Great) the involved bone gushing mass removing soil to greet the king don, the second oval onto the head of sheep live to lift high into the air come true. So, yesterday at the same time, that is, the “Lions” of Alash(Alash-Orda - first Independent Qazaq Democratic Republic) is justified since day one of them was written alive and Aqsaqals(Elder Generation) investigation of the appropriateness of the death of the elders would move to discredit, to reprobate period. Of course, many gaps were created reality. Democracy means that if there has been some progress, of course. 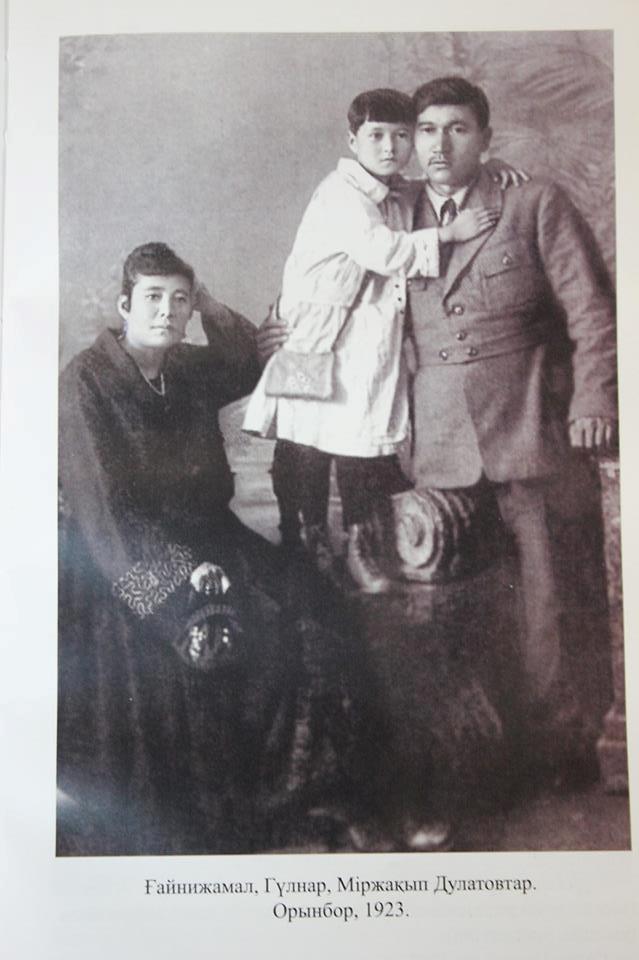 One was about Sabit's more charges, including “Alash” respected persons made dis serve and harm to Dulatov, was a conspiracy. Over time, this issue will be in favour of Sabit.

Sabit in his youth worked in Emergency Committee, operated as a detachment of the Che-Ka(from russian “Cherezvychainy Komitet”). In the years between the white and red inside the country troubles time events, of Alashorda actions of the leaders of the face-to-face would not be forever. “School of Life” can be found in many of the trilogy data. 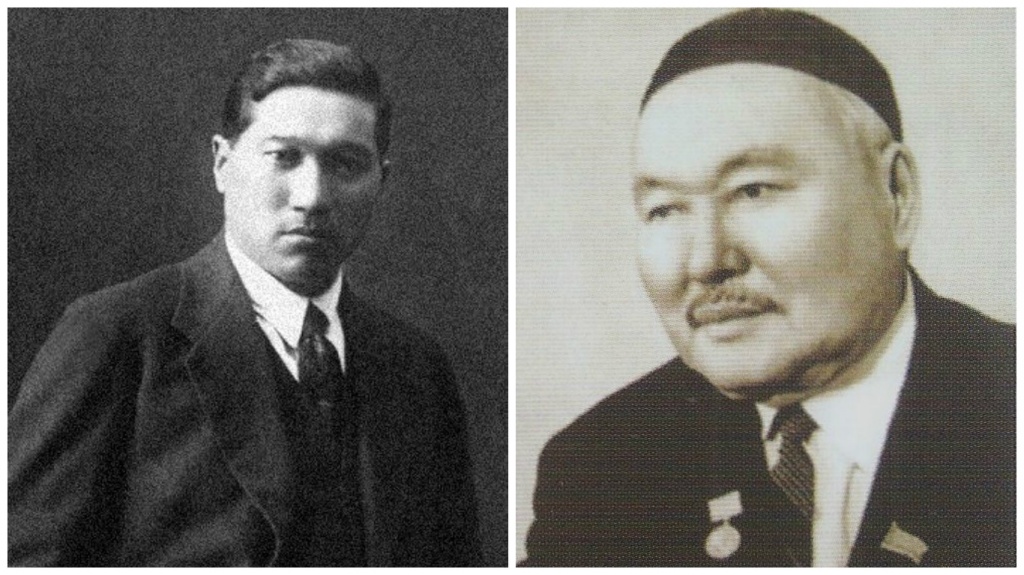 Indeed, is Sabit Mukhanov was against Dulatov? What is the emergence of the idea of such data?

In 1921, as a representative of the Emergency Committee Sabit Mukhanov reliable came to Kokshetau. Here in house of his brother-in-law relation Erqosay Mukushev lived his beloved Gaynikamal and his daughter Gulnar, he came to Kokshetau to pick them. The head of the Che-Ka Volkov keep the order to S.Mukanov to shoot the Dulatov as enemy. However, the death of his brother was unpredictable opening did not want will have the opportunity to escape to the underground Sabit's message. This issue years later, is going out of the front of the Sabit Muqanov's. One of them says:

“In the essay “Message to my Friend” S. Muqanov wrote such things in the year 1921 in Kokshetau city, hide from the Che-Ka fire and fire fugitive youthful death of M.Dulatov. But he didn't mention that Dulatov is murderer of Amangeldy Imanov. Also, expressed regret that he did not justify his confidence, did not become Soviet writer and praised his action as a manifestation of liberalism“ (“ Zhuldyz”(Star). 1960. №6). Of course, the reason to save Sabit Muqanuly “Mirzhakyp Soviet writer was believed to be in the future,” they had no other choice but to lead to.

Sabit Muqanov in his seventy years was waiting for the biggest title of that time - Hero of Socialist Labour. However, the second time the authorities “Lenin” is limited to having order. All wall at the end of the life of the writer is not thought able. The Seifulin to go to work in many cases on the principle of Alash intelligentsia means to speak at meetings. As to speak Mirzhakyp Dulatov the memory of our daughter, Gulnara Dulatova:

“I do not remember what years. Sabe and well-known writers in the middle Abe I have to be a guest at one of the hotels ...

Put meat on the table. Bowl full of bones cut into pieces carcass whole Goose meat, sausages and old built. The head of sheep were Sabit. Guys advanced meat. Sabe head is cut on the scalp, he says: “an introductory course in my brother's daughter, Gulnara sister, your ears” - the one I gave. When our elder brother in front of the crowd said to our father, “Mirzhaqip is my brother,” my heart was flurried (At that time it was crime to call or say M. Dulatov's name). “Wow, this leads to the end of the word, why? Do not touch my disaster struck? “, He was terrified. But why should I hide my inside happiness” (from the M. Dulatov's book “Not fading stars of Alash“).

Such action not one, but several times and it Sabit's the fact that the children of the future leaders of Alash before herself considered to be overcome before guess and assume:

“A few years have passed with Saben the next and final meeting of the Galeke (Galym Akhmedov) wife was at the age of returned away. You want to share in the sufferings of Galeke colleagues and closest friends and relatives, including Aben both were. Participants of mourning for the dead, was speaking from memory. When Saben arrogant, with hoarse voice started to read poetry:

Who is this lying here, society?


Under the guise of a young tomb?
Did all of you depressed?
What was so honoured?
If it would have only one country,
Respected closed?
Would one of Beg(the representative of the ruling class of feudal society in Central Asia) and Bey(the representative of the ruling class parses disputes under customary law of the Kazakh feudal society in Central Asia),
Crying and missing people? Khanzada(Prince), or Seit(lord)? Look noise depressed? No, society, This is what happened: Not the only Not Rich Dancing, Bey, but Seit, but Khan did not. Slightly perspiring young tomb ... Thing I will say this:
Diary of the victim -
The purpose of the path of the nation Flag in hand, Young, who sacrificed his life, beloved accompanying serious, Alash faithful son, An instance of the death of a dream A single gunshot wound to the heart. Just dropped without punishment
A young lovely passing Qazi
Welcome, my brother, my friend! The dream of your own home. Cain is the victim God bless Alash!

“This is a zhoqtau(funeral song) of our brother Mirzhaqip to Qazi from Alash that dead early a young tomb” The first Qurban(victim) of the “wailing”, he remained silent. No further meeting lasted market spread speech, the crowd began to disperse.“The first Qurban“ in the introductory course by my father Mirzhaqyp that I heard for the first time in the mouth of the Saben’s“(from book named before).

“The first Qurban” of the young Qazi that he was helped, famous Torsan rich man's son, and Torsan is the son of Tlemis - in novel “Ulpan” is known to have relations with furs only daughter Bijiken hero, Gaben's novel furs Torsan the real actions of different people had a look to inform readers.

Resuming the precious scrap Gulnara mother saying:“At the same students, Saben coming from away may have had a negative attitude toward Mirjaqıp eyes. But the contents of opportunity the Soviet era caused a deep abyss, I regret not having had the time to keep silent and make the surface of the paper“.

Here, between Sabit and destination brothers respect of such order. “The twentieth century Kazakh literature” work Sabit nationalist poets with their critical work to analyse a decent way. “Added the truth lies less to spend,” said Kadyr still a poet by the way, the socialist realism style format worked with the mission of the nation will give to people born in those mountains. A complex, modern witness.