Short-list of the “Novellasia” fiction competition. 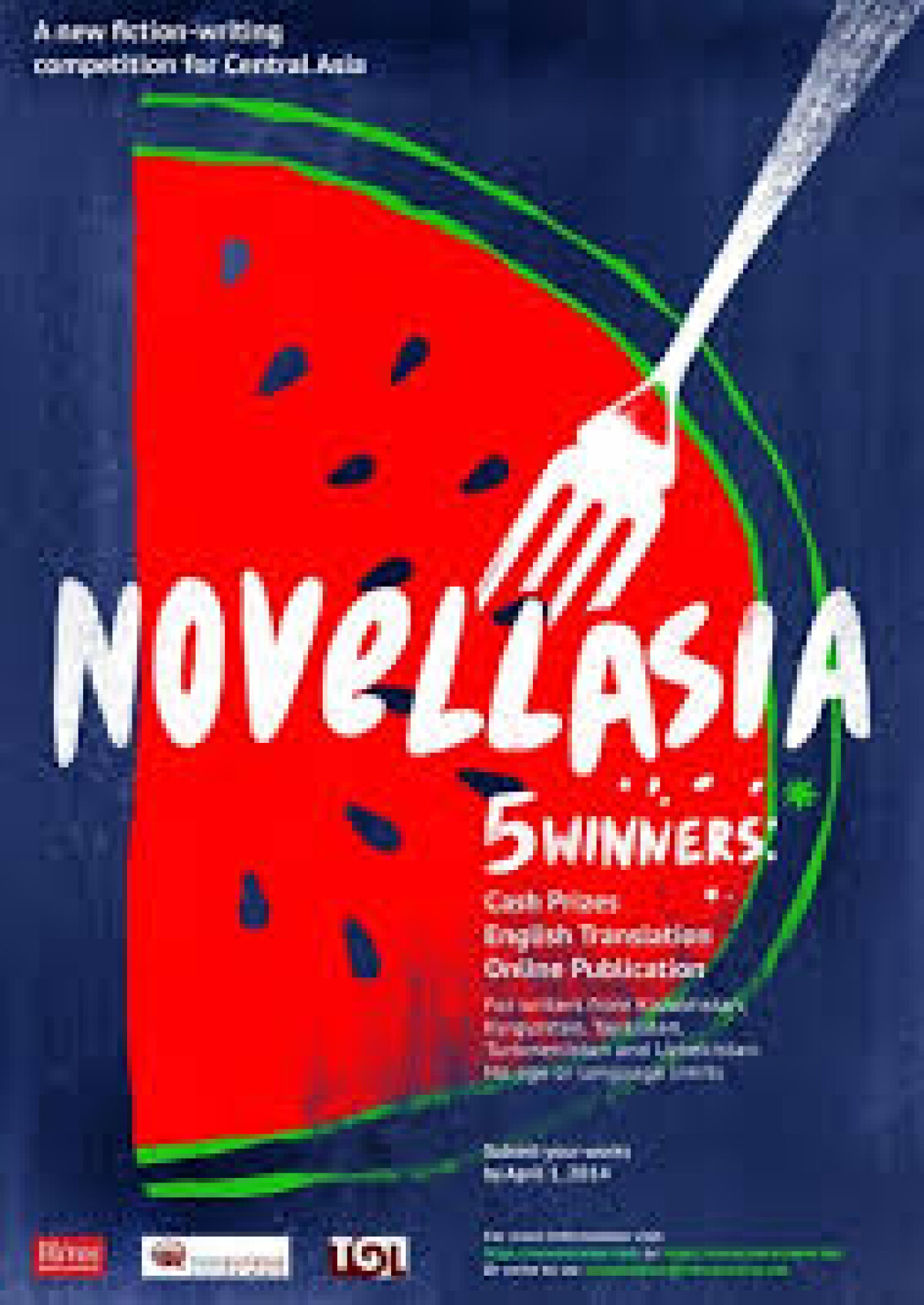 15 lucky participants were selected to the short-list of the fiction competition “Novellasia”. Each of these nominees is very close to the long-awaited victory, because there are few days left until the announcement of the results. Neweurasia and Literary portal invite you to get acquainted with the nominees in this material.

Eight authors, which became the nominees of the competition, represent Uzbekistan. Next up is Kazakhstan with four authors, including one in the Kazakh language. Tajikistan is represented by two authors, and Kyrgyzstan by one, but all three submitted works in their nation's titular languages. Unfortunately, there are no representatives from Turkmenistan on the short-list. Some of them were interviewed by Neweurasia journalist.

Rifat Gumerov, writing under the pseudonym Omar Rifat Bek Mansur Al Ferghani, is not only a poet, writer, publisher and philosopher, but at the same Doctor of Arts. By the time of the competition he already has a decent baggage of publications in various journals, lots of collective volumes of poetry, as well as the books “Leap Summer” (“Високосное лето”) (1989), “Drawing of the Sound” (“Рисунок звука”) (1990), “Dixi” (2003). 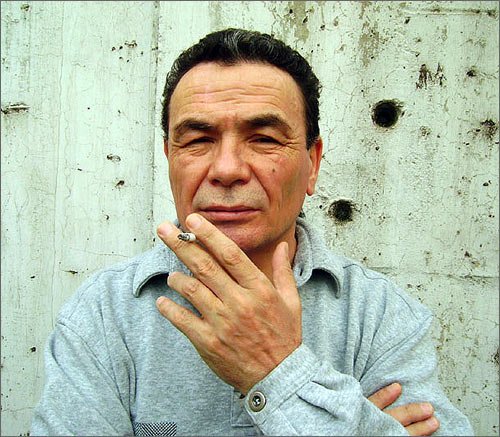 What was the reason for a fairly well-known cultural figure of Uzbekistan to take part in an absolutely new competition among writers in Central Asia?

“I took part in the contest in order to support it. We need such competitions. They stimulate creative people”, – Gumerov said.

As it turned out, Rifat Gumerov in parallel got short-listed for another literary contest, namely international Voloshinsky competition, which involves professional writers and poets from around the world.

Another nominee of “Novellasia”, Alexander Makhnev, is positioning himself as a “qualified reader, who is able to distinguish relatively well the real literature from the imaginary, and therefore composes something himself.” 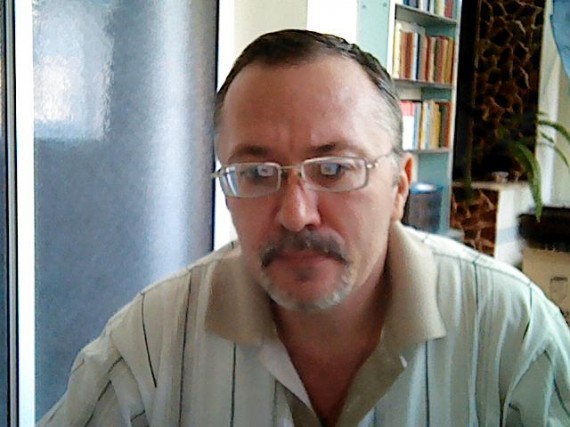 Alexander’s literary talent was noticed at school, but the real impetus to the beginning of his creative career was an advice and guidance of the Uzbek poets Alexander Berezovsky and Alexander Feinberg. Who knows, maybe the fact that both poets are the namesakes of Makhnev somehow influenced the creative way of the author. However, Alexander Makhnev decided to participate in “Novellasia” because he believes that the competition is very important to support the authors on the post-Soviet space.

“A lot of our Asian talents feel themselves not only useless, but also without any attention. This is not a feature of Central Asia only, but it is too concentrated here, or something… I think that if the competition will become regular, and there will be more authors, so the quality of works will also improve”, – Makhnev believes.

Creative activity of another nominee from Uzbekistan, Sid Yanyshev, began in his youth with writing bard songs. Sid was quite brief in his answers, and said only that he writes “when sore ripens”, and the fact that he was short-listed for the competition doesn’t bring him much hope yet.

“It was pleasant, of course. But I will have more substantial feeling if I win” – Yanyshev said. 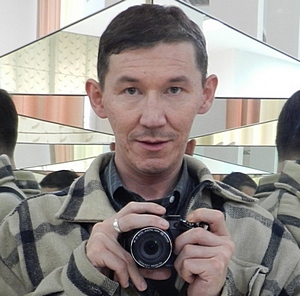 Roman Kazimirsky from Almaty began writing consciously about eight years ago. First time he was fascinated by poetry, and then became interested in prose. He began being published relatively recently. According to Roman, his life without literature wouldn’t be so full.

“Family, friends, work – everything is great, but everyone should have his own area, where he becomes himself and doesn’t account for something to somebody. For me, literature is such a place.” 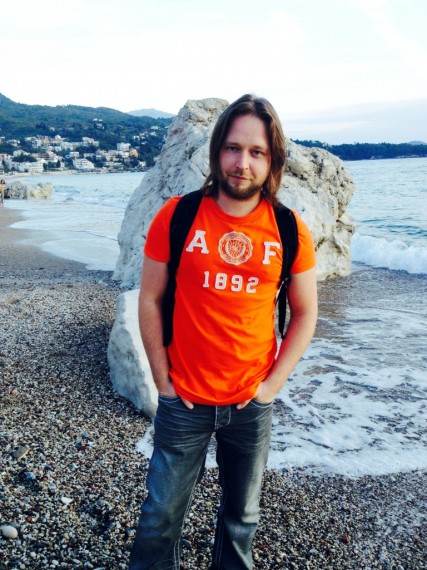 Kazimirsky didn’t hesitate for a second to participate in “Novellasia”. In his opinion, such competitions are conducted in the region not very often, and especially at such a good level.

On the question about what he would do if wins, Roman answered this:

“What people usually do in such situations? Rejoice, open the champagne, call friends and relatives, and accept congratulations.”

Another nominee from Kazakhstan, the last interviewed author, was Kanat Omar.

“It’s hard to call a career what I am doing by a quite reckless whim. Especially since it all started almost in infancy – by risible stories of the parents. At the age of 3 or 4 I was declaiming a poem about “Grandpa Lenin” composed on the move on the way from my native district center to the city, where I later was growing up, going to school, kissing with beauties… It is about 101 Soviet kilometers, and all the way the declaimer’s mouth couldn’t being closed. And the level of enthusiasm was on a such level that he couldn’t sit, so he was standing and keeping his hands on the front seat.

A lot of water has passed since then, and to count it and that amount of water, in which have turned the ink flowing for years from the tip of the pen, is impossible and unnecessary. I can only add that my creative baggage consists of the play, an unfinished novel and a pile of sketches. And, of course, there are also some poems with translations.

And so I write, simply because I write – without a specific purpose and hope for some kind of distinct response. It’s even a little scary, that’s much a wadded vacuum is already so familiar.”

That’s was the answer of Omar to the question of when his career as a writer began and how many works he has in his artistic heritage. 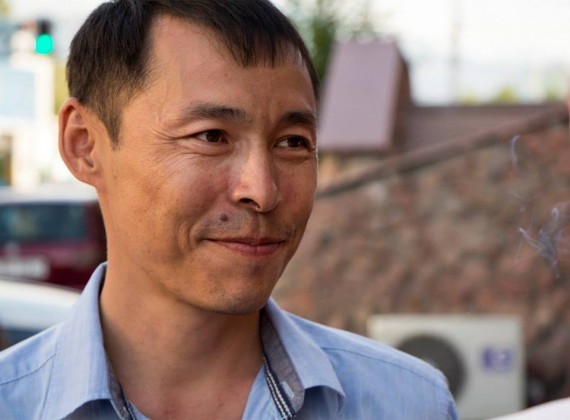 Author found the idea of “Novellasia” quite interesting, that’s why he decided to take part in it. Kanat Omar believes that to combine the authors of the fragmented region through competition and present them to the world as a community is a pretty good initiative.

“In addition, the translation and publication in English – it’s always one more attempt to go beyond the usual experience, “journey into the unknown”. And this is undoubtedly great! “- Kanat Omar concluded.