The tale of Charles Dickens’s raven: from Edgar Poe to the Tower 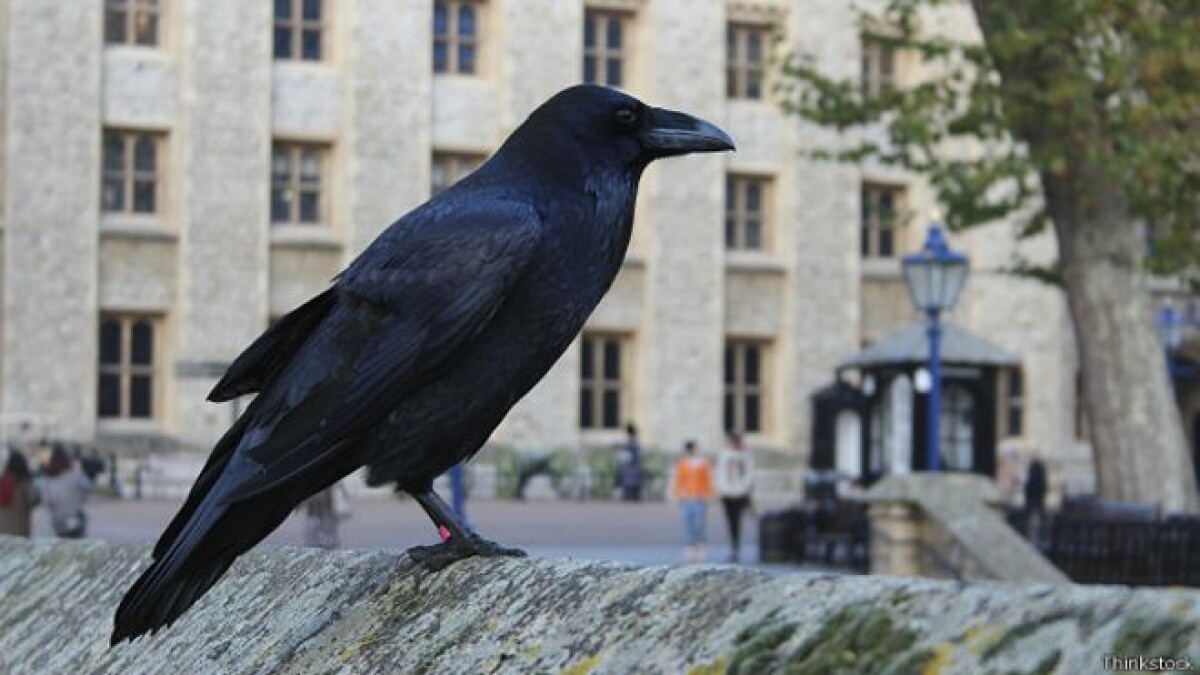 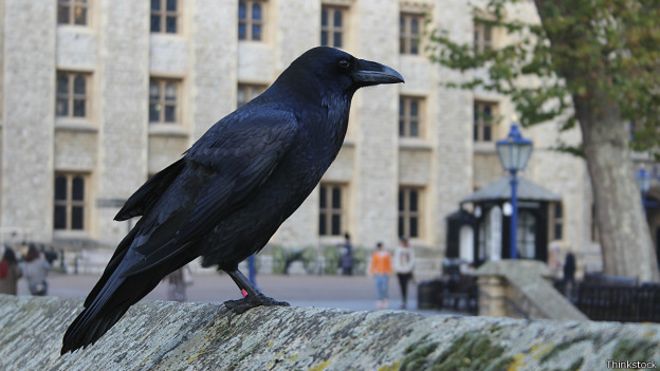 Charles Dickens's beloved house raven was a source of inspiration not only for the author, but also for other great writers and artists. The correspondent of BBC Culture tells the story of this charismatic bird.

It was already the third raven from the Tower called in honor of the pet of the well-known British writer. One of his predecessors lived in a fortress during the Second World War: together with his ‘girlfriend’ Mable they became the unique ravens who have survived bombing of the Tower.

The Charles Dickens’s raven Grip impressed everybody by his lexicon. He became an archetype of the character of the fifth novel of Dickens "Barnaby Rudge".

On January 28, 1841 Dickens wrote to the friend George Cattermole: «my notion is to have [Barnaby] always in company with a pet raven, who is immeasurably more knowing than himself. To this end I have been studying my bird, and think I could make a very queer character of him".

Unfortunately, Grip died literally in some weeks after writing of this letter by Dickens - most likely because several months before he managed to drink a little paint.

This bird had a strange habit: he tored off pieces of colored surfaces (including the family carriage of the Dickens) and even somehow drank some white paint from banks.

The writer was grieved by loss of the pet; he described the death of the raven in the ironic letter to the friend, illustrator Daniel Maclise. 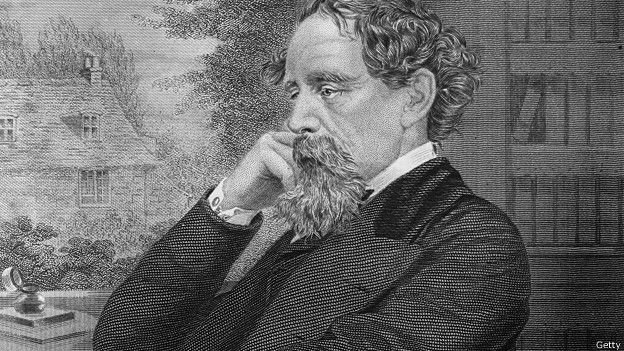 In the fifth novel "Barnaby Rudge" Dickens wrote off one of characters from raven Grip.

According to Dickens when Grip began to show the symptoms of illness, he called the veterinarian: the doctor "administered a powerful dose of castor oil ".

At first this seemed to have a positive effect. The writer was delighted, observing the raven in his  habitual role - the bird painfully pinched the groom who got used to Grip and took it in good humour.

The next morning Grip could eat "some warm gruel", however his recovery could not proceed long.

Dickens wrote to Maclise: "On the clock striking twelve he appeared slightly agitated, but soon recovered, walking twice or thrice along the coach-house, stopped to bark, staggered, exclaimed ‘Halloa old girl’ (his favourite expression) and died. He behaved throughout with a decent fortitude, equanimity, and self-possession, which cannot be too much admired... The children seem rather glad of it. He bit their ankles. But that was play".

After Grip's death Charles Dickens took another two birds: the second raven, also on a nickname Grip, and an eagle. As Dickens’s oldest daughter Mamie mentioned in her memoirs, the second Grip was "mischievous and impudent".

Then the bird was succeeded by a third Grip whom according to the son of the writer Henry Dickens, was so "dominate" over other pet of the family, a big mastiff the Turk that the dog departed from own bowl and allowed the raven to steal all the tastiest morsels of meat from his dinner. 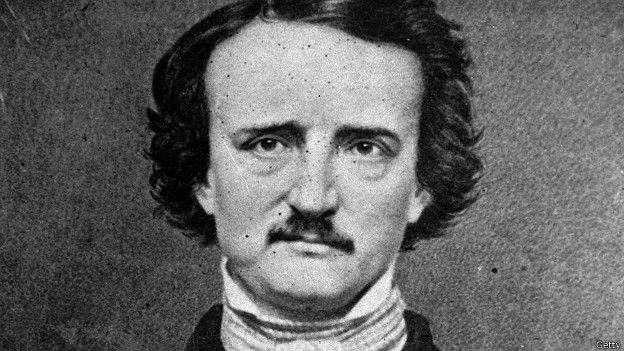 In 1942, during Charles and Katerina Dickens's six-months trip to the USA (accompanied also by a portrait of children of Dickens and Grip by Maclise), Charles Dickens got acquainted with Edgar Allan Poe.

In previous years Poe published some positive reviews on Dickens's creativity and when Poe suggested to meet in Philadelphia, Dickens agreed with pleasure.

However only small part of their correspondence, remained but it seems that Dickens suggested to help Poe with search of the British publisher (as a result he was unsuccessful).

Edgar Poe was impressed by the descriptions of a raven appearing in the novel of Dickens of «Barnaby Rudge"; he was delighted also by that fact that the raven was written off from Dickens's real bird. In the review on the novel Poe characterized Grip as "extremely amusing".

Though there are no concrete proofs the majority of scholars of creativity of Edgar Poe are in agreement that Grip inspired him on poem "The Raven" writing in 1845.

Poe’s lines “In there stepped a stately Raven of the saintly days of yore; / Not the least obeisance made he; not a minute stopped or stayed he; / But, with mien of lord or lady, perched above my chamber door” are suggestive of the description of Barnaby’s raven in Chapter 6 of Barnaby Rudge”.

“After a short survey of the ground, and a few sidelong looks at the ceiling and at everybody present in turn… fluttered to the floor, and went to Barnaby – not in a hop, or walk, or run, but in a pace like that of a very particular gentleman with exceedingly tight boots on, trying to walk fast over loose pebbles.”

"The Raven" was published four years before mysterious death of the poet at the age of 40. The poem made instant success and became one of his most popular works.

Though the short friendship with Dickens ended with the mutual cooling, two creators remained forever connected thanks to their ravens.

In 1868, having arrived to America in the second time, Dickens visited the living in penury stepmother of Poe and gave her "a substantial amount of money " as the scholar in creativity of the poet Herb Moskowitz argues.

The majority of scholars of Poe’s creativity are agreed in Grip inspired him on poem "The Raven" wrote in 1845
Later the poem of Poe and Dickens's winged pet were an inspiration source for one of the best-known pictures of the end of the XIX century.

In 1891 disappointed Paul Gauguin was going to leave France (and also his wife and children) to go to the island of Tahiti. On the departure eve friends organized the dinner in Voltaire cafe where read aloud "The Raven" by Poe.

Though the artist denied that he was inspired by this poem, one of Gauguin's works of 1897 is called "Nevermore" - the word that the raven repeats throughout the poem.

The picture features the sitting bird watching over people below; in the top left corner of the canvas the word NEVERMORE ("NEVER") is written. 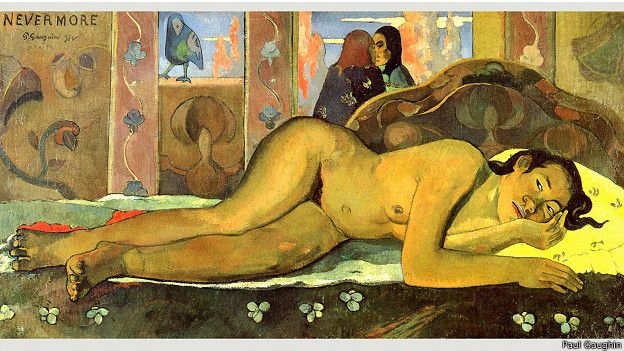 In the letter to his friend Daniel de Monfreid written in 1897 Paul Gauguin explains: "The name [of the pictures] - "Nevermore"; it is not Edgar Poe's raven keeping watch, but the Devil's bird.”

The artist also wrote that considers this work as the certificate of “a certain savage luxuriousness of a bygone age.”

Though Paul Gauguin denied that "The Raven" inspired him, one his works of 1897 is called "Nevermore".

Gauguin's explanation concerning the raven had a connotation which he without being the native speaker of English, could not know: the word dickens was used as a synonym for ‘devil’ at least since the XVI century. In particular, it meets in "The Merry Wives of Windsor" of Shakespeare.

Gauguin’s Nevermore can be seen at the Courtauld Institute of Art in London. Unfortunately, the whereabouts of the original manuscript of "The Raven" is the same riddle, as well as circumstances of death of Edgar Allan Poe.

After the death of the raven Charles Dickens asked a taxidermist to filled Grip's effigy and planted him in an big box with a wooden frame and glass walls. The writer hung up it over the table that Grip could watch his work.

After Dickens's death in 1870 his property was sold by auction; the American collector of the subjects connected with Edgar Poe, the colonel Richard Gimbel bought Grip.

Today Grip - the third of the Tower ravens, called in honor of a bird of the writer.

Today the very first Grip can be seen at Free Library in Philadelphia.

Modern Grip, Jubilee and other royal ravens walk the whole day on the London Tower, paying not enough attention to thousands wishing to photograph them.

At the night the ravens sleep in pairs in the cages protecting them from Tower foxes (who have killed some of the ravens in the past, including one of Grip's predecessors). 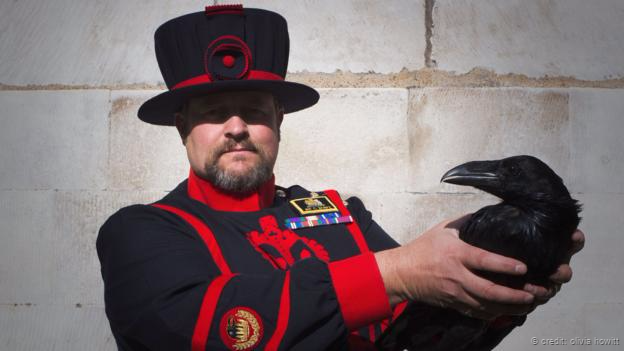 There are branches in the cages on which the ravens can sit, and mirrors; it is considered that ravens are one of few animals that capable to learn their reflection.

There are two widespread myths concerning ravens from the Tower: the first is about existence of the ancient prophecy saying that if ravens live the Tower London will collapse.

According to the second myth, birds are cut off wings to not be able to fly away. The second myth does not correspond to truth for sure: all ravens in the Tower can fly.

Sometimes the ravens departed for some days in search of adventures, but always came back.

As to an "ancient" prophecy, it allegedly exists many centuries. Actually this myth appeared only during the Second World War when Grip and Mabel miraculously survived the Luftwaffe, against the odds.