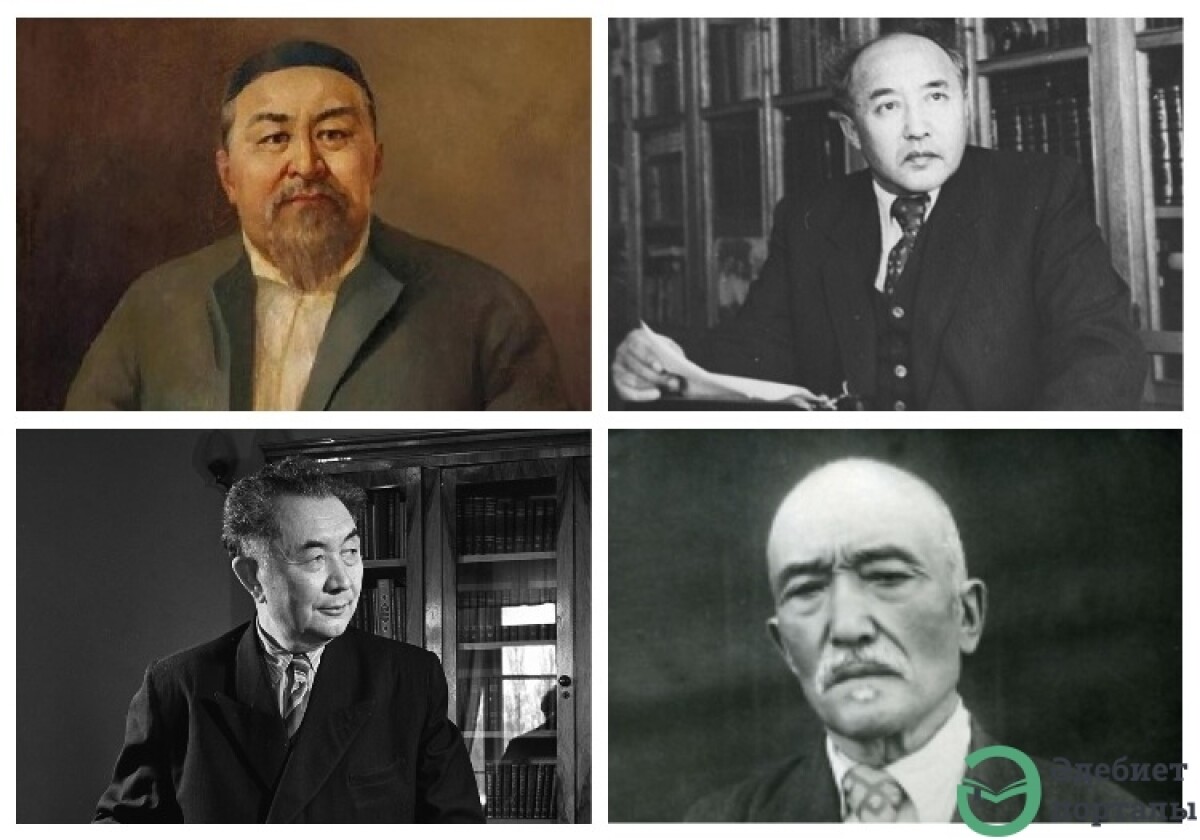 A deep respect for each other and good deeds are formed as a national principle (credo) among the Kazakh people. There are a lot of examples that reveal the issue raised about it and that needs to be emphasized further. For example, according to Satpayev`s scholar Medeu Sarseke, when an adult Kanysh Imantaiuly (1899–1964) was greeting the famous folk composer Zhayau Musa (1835–1929), the singer was staying in bed.

When the infantryman said to Moses, “Look, you have grown tall. What do you think?” Then, Kaneken replied: the moses on the foot tied a blue dove to Kanysh during this trip. Kaneken stroked the lizard's ankle and said, “Your bird is a companion. I can't take her. You should bring your bird to the village and come by yourself. Let's go hunting together”, he said, without taking the bird. When Imantai heard this, Kanysh's father said: “My son, you did the right thing”. “A boy from the village of Shorman refused when asked this in front of you. You have pleased your grandfather”, he said. What an ugly Kazakh character he is, who knows how to respect his loved ones! Isn't it said that an eagle recognizes an eagle from the cliff?! Undoubtedly, the fact that the famous singer gave the young man and his grandson to Kanysh, whom he did not give to his son, is a special tribute to the young talent. Underlying the virtue is the nature of a child who deserves that status and has the high hopes for the future of the people. If we explore these things, this is what we mean and express as greatness.

Then, the great Kazakhs refrained from denying the case of one of them. For example, one of the famous fables “Dragonfly and Ant” by I.A. Krylov was translated by Abai Kunanbayev as “Ant and locust”. Later, the three more literal translations of this example were interpreted into Kazakh. Each one has a high-quality translation. By the way, Abai translated the second version by himself and it begins with the introduction: “Whistling locusts, singing while singing”.

Then, the translator Ivan Krylov described the miserable, homeless image of the locust.

Wherever he jumped and played, he found an ant that stumbled, grieved, and stumbled upon a miserable locust that had just drowned there.

“Then this was not what you are talking about”, - he replied to the ant, who did not know that summer would pass, that he was a fool who did not work for his soul.

Is it a soft kneading house?

Did I miss the song?

If you sing in the summer,

Then shake and dance!

Alright. The third version of the example “Whistling locust”, published in 1910 in the book “Exemplary translation”, belongs to Spandiyar Kobeev. The fourth version was published in 1912 in the magazine “Aikap”. The name of the translator remains unknown, because instead of the author, it was signed as “Omsk”. All four versions have been translated freely.

It is said that Kazakh writers began to translate Russian classics at the end of the 19th century with this copy of the translation. Thus, in addition to opening a new way of translating in literature, he introduced the works of other nationalities to the Kazakh public and contributed to the development of this field in our country.

Small jokes, comedies, and fairy tales, for example, became commonplace and reached Kazakh readers on this basis. At the same time, we would like to emphasize the contributions of poets and writers such as Spandiyar Kobeev, B. Utetleuov, and Sabit Dunentaev.

The epistolary genre in Kazakh literature is another word for the traces of the greats. At the same time, of course, academician-writer Mukhtar Auezov will be the first to speak about that.

Mukhtar Auezov had travelled around the country and gathered talented children for education. At that time, when a talented 14-year-old boy took Zaki to Almaty and enrolled him in university, he was not surprised at all. At the age of 19, he studied at the Faculty of Journalism under the leadership of Mukhtar Auezov. He also defended his dissertation on the topic “Abai's aesthetic vision” and, with the advice of these people, went to Leningrad to pursue a postgraduate degree. He continued his education at the Faculty of Oriental Studies and defended his dissertation on the topic “Abai and Lermontov” under the guidance of the famous Turkologist Sergey Efimovich Malov. At the age of 23, he was recognized in the CIS as an academician, a young scientist who studied the theory and structure of poetry. Returning to the country, Zaki Akhmetov, the former head of the department of the Girls' Pedagogical Institute in Almaty, flew to the pinnacle of science. In our country, many unknown people and many poems are included in school activities and university curricula.

His love for science was one of the main reasons why he was respected by the world's academics.

Academicians of the USSR Academy of Sciences S.E.Malov, Zhirmunskiy, corresponding member of the USSR Academy of Sciences G.I.Lomidze, N.N. Toburakov, Z.S. Kedrina, A.A. Petrosyan, and scientists and personalities with a special place in Kazakh Science A.Kh. Margulan, S. Baishuly, V.A.Kumanov, and M.K. Kozybayev's letters and research papers, which he shared with many scientists, are testament to this endless path of science. The "SCIENTISTS AND LETTERS" that attracted the reader only yesterday, can be saturated with many worlds in his epistolary genre, written in that epistolary genre. This means that the descendants of a great country have no right to be vulnerable. The same can be said about the Kazakh musical culture.

In the 1920s, the Kazakh musical culture began to develop successfully. A brilliant connoisseur of Kazakh musical folklore and a tireless collector, Alexander Viktorovich Zataevich (1856–1936), played an important role in his investigation and promulgation. He began writing Kazakh musical works in 1920, and in 1925, he published the first collection of Kazakh music, “1000 Songs of the Kyrgyz People” and in 1931, he published the second collection, “500 Songs and Tunes of the Kazakh People”. A.V. Zatayevich had recorded more than 2,300 pieces of music. His rich collection of musical treasures of the Kazakh people not only became the basis for the creation of a number of original works by some composers, but also introduced the world to unique Kazakh music.

Gorky expressed his opinions about the songs collected by Aleksandr Viktorovich Zatayevich: “Their unique music is rich in material worthy of future Mozart, Beethoven, Schrpen, Mussorgsky, and Grieg”.

On the other hand, Roman Rolland expressed his admiration for the Kazakh songs, saying that they were “The flowers of beautiful and pure music that spread across the steppe”.

The first Kazakh song was recorded and announced in 1818.

From 1910 to 1912, the leading Kazakh intelligentsia staged amateur performances of folk tales, legends, and the first Kazakh plays.

At the same time, Kazakh folk art switched to a new model, and the villagers started to go beyond. The singers and musicians who travelled around the country often attended the major annual fairs. Here they sing, play music, and take part in the folk entertainment. In particular, Zhambyl Zhabayev, Shashubay Koshkarbayev, Isa Baizakov, Kenen Azerbayev, Zhayau-Musa Baizhanov, Kali Baizhanov, Maira Shamsutdinova, and other masters of folk art demonstrated their skills and served the people at these fairs.