Home LITERARY PROCESS ALL What should a poet have to be a poet? What does Mu...

What should a poet have to be a poet? What does Muqagali Maqataev said about literature? 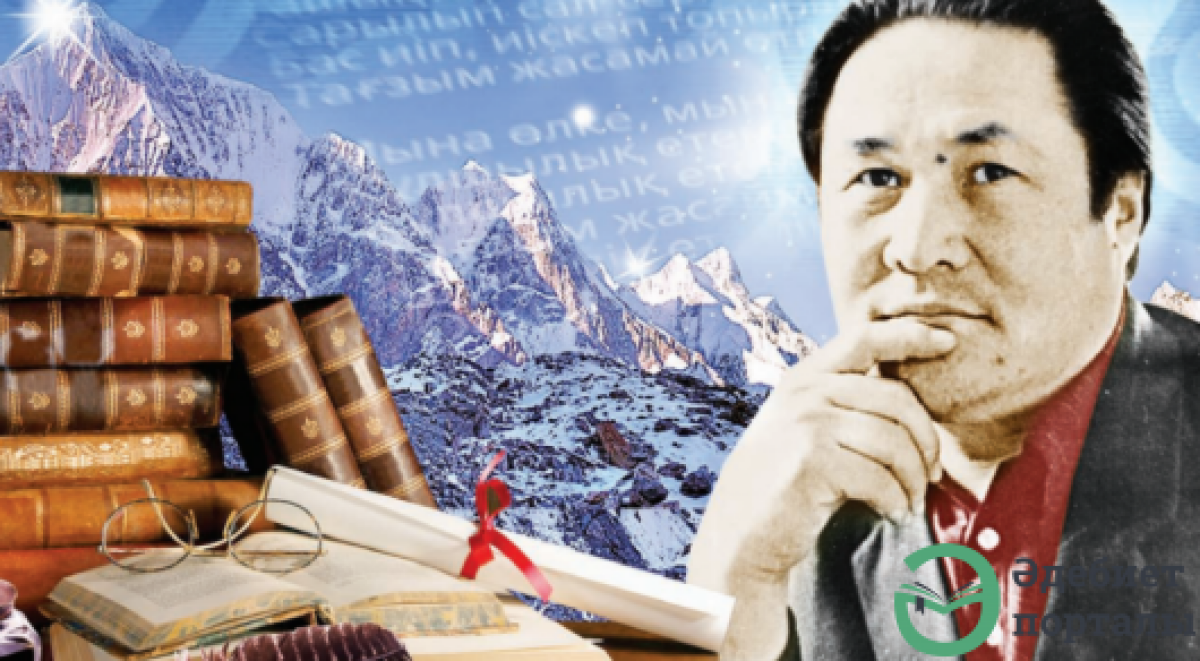 So what should a poet have to be a poet?

Second: conscience, to be ashamed of yourself before yourself, reading your weak things.

Third: simplicity. Let not a genius, like Pushkin and Abai, but the simplicity of man, in order to be understandable to others. Do not be clever, do not argue, but sing!

Fourth: intuition. What others do not see, see and know.

My health leaves something to be desired. At the moment, there is no improvement. Especially hard in the morning. As if a stone falls on his chest, and the endless pain in his right side under the ribs does not subside. Whether the liver, or the lung ... I do not know.

A heart! The only support - only it.

Silly ones are not those who lack talent, but they have a desire to stand alongside talented writers, and those who measure their creativity with today's day and their cheers-patriotism, leaving the desire to go further into the realm of literature. Silly ones who are constantly looking for "free space" in literature. In today's time talented people in this area play a lower role. Now our literature needs usable slaves. They, of course, cannot disagree with any turn of events. Today's rules are quite satisfactory. They write only with permission, they work the same way. They eat, they live. They are well-bred.But how ... if there is a talent in a man, he wants to actively move his own way or even goes beyond the scope can spoil something. At such a time, slaves appear out of nowhere. Unscrupulous, who take the place of talented, and begin to order true talents, Oh, what a pity! Probably, there are no more regrets in the world than this.

Will there be a day when literature will be cleared of weeds?! Who knows ... The literature of today is not considered a literature of real talents; it is the nonsense of brazen and quick, countrymen and acquaintances, cowards.

If in a literary environment any scam artist is noticed, he will necessarily draw his Sancho-some kind of critic. The same "critic" will drag his feet in this sphere until a certain time. He will try to please somebody, shuffle someone (because he's joking), and only then he will look around: no, it turns out that you cannot just leave it, later it turns out that he, with the help of his stupid partners, will step in without embarrassment Great literature and begins to write his own works. That's why every month new names appear in our literature, but such unknown, mysterious "stars". And we do not even notice that our fertile land has grown another weed.

We declare war against all stupid! Let's unveil all their comrades-in-arms! Well, understand, finally, our literature suffocates!

Lord, how many writers and poets do we have? Everyone has a desire to become famous. Everyone wants to become popular with the people. However, they are not at all interested in what the same people think about their actions.

Alas, but what has become of our literature? Literature is the content of all: talented, mediocre, retired and others. Here come the young people with their 2-3 verses, just beginners to write. Then they are convinced that it will not be possible to compose a worthy work. And after all this they try themselves in a different direction - they write prose. Prose for them is also like a fortress that they cannot take. Already driven to despair, people begin to cling to criticism. In poetry and prose, it is difficult for someone to please, and criticism is a very profitable thing. And now, it's starting to work. Sometimes someone who does not harm (safe, harmless person) intimidates, in this way becomes a "connoisseur" of our literature. In addition, he manages to share his opinion about literature.

I would like to investigate all the dubious people in literature, where they come from, how they got into this sphere, from what kitchen, under what protection, what path they had in their life, but, alas, time is not enough for this...

After all, there is a limit to everything. Nothing in this life lasts forever, every patience has a limit, you just have to wait...

Literature does not exist without artistic criticism. Criticism must take responsibility for many things.

Criticism should be both a judge and a lawyer, and at the right time a strict, brutal accuser. Otherwise, literature is reminiscent of a primitive society. Everyone does what he wants, feeling what his level of knowledge is. My God, do not cease, do not cease to amaze. In all this criticism is to blame. We do not have normal criticism. There are only obsequious flatterers. They will do anything to praise the influential. Thanks to this, they provide themselves with unlimited space in the literature. These hurray-critics do not notice the difference between an artwork and some kind of nonsense. For them, the author remains in the first place. Particular attention is paid to their position. And next to these senseless characters, the real talents are gradually dying out. People who do not have a definite view of life are not a writer. Such a person is not worthy of the title of citizen, who knows how to think at a high level.

Now a real akyn must be a thinker, a philosopher. The naked, poor beauty of poetry is like a naked girl. You can only look at her with surprise. The poet's task does not consist simply in describing anything, but it is also necessary to uncover the whole mystery of beauty, mystery. Akyn of his time should clearly know the situation occurring in society, should be a star of society, and should be able to cope with the ailments of society. In poetry, the word philosopher means understanding the whole world, the meaning of life. However, do not be cold-blooded or clever, just need to remain an "engineer of the human soul."