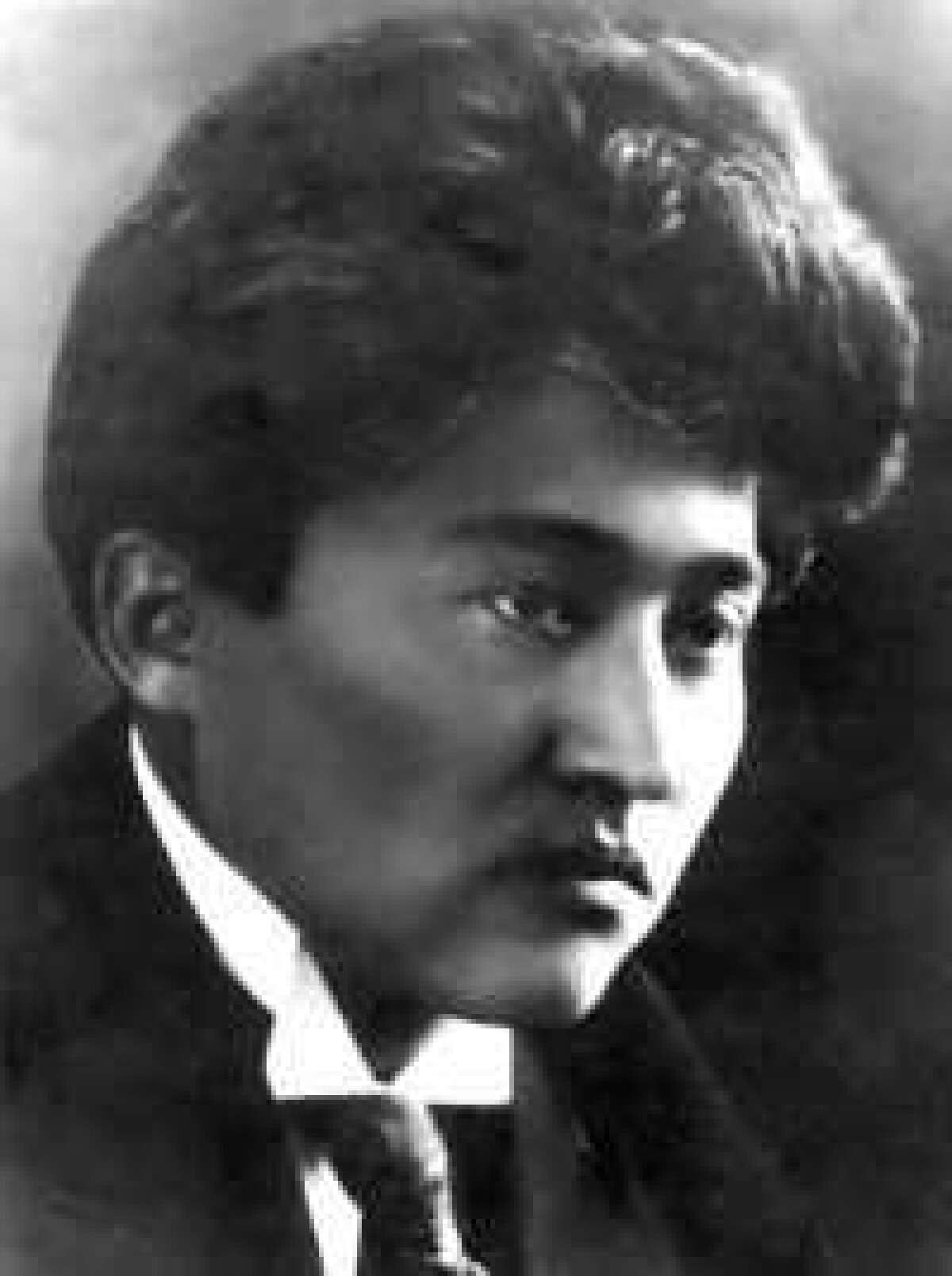 Magjan Jumabayev was a prominent Kazakh writer and pedagogue, one of the modern Kazakh literature's founders.

From 1905 until 1910 Magjan Jumabayev was studying in Petropavl madrasah, learning there Arabic, Persian and Turkish languages. 1910 and 1911 were the years when he was studying in Ufa madrasah, where one of the teachers was Galimjan İbragimov, the Volga Tatar classical writer. In 1912 his Kazakh poetry collected with the “Sholpan” name and written with Arabic alphabet was published and right away became popular among the Kazakh intellectuals.

During the summer and winter of 1917 he has been taking part in the creation of Kazakh “Alaş” party and Alash Orda Kazakh national government at both All-Kazakh congresses as delegate of Akmolinsk Oblast.

Living later in Moscow he translated the works of Lermontov, Koltsov, Balmont, Merezhkovsky, Ivanov, Mamin-Sibiriak, Maksim Gorky, Alexander Blok, Goethe, Heine and other poets into Kazakh language. After the graduation in higher education there in 1927 he returned to Kazakhstan and had been working as teacher.

Because of the unfair accusation of being Pan-Turkist member of Alash Orda and Japanese spy, Jumabayev was arrested in Petropavl and convicted for the 10-year deprivation of liberty. Until the court he had been staying in Butyrka prison, and later was sent to Karelia and Arkhangelsk Oblast. In 1934 Maksim Gorky and Peshkova received the letter from him and due to their intercession Magjan Jumabayev was emancipated before the appointed time. However, just half a year later he was arrested in Almaty again and executed by shooting of NKVD on 19 March 1938.