"All my life, creativity, thoughts, things and hopes are related with Kazakhstan ..." - about Herold Belger 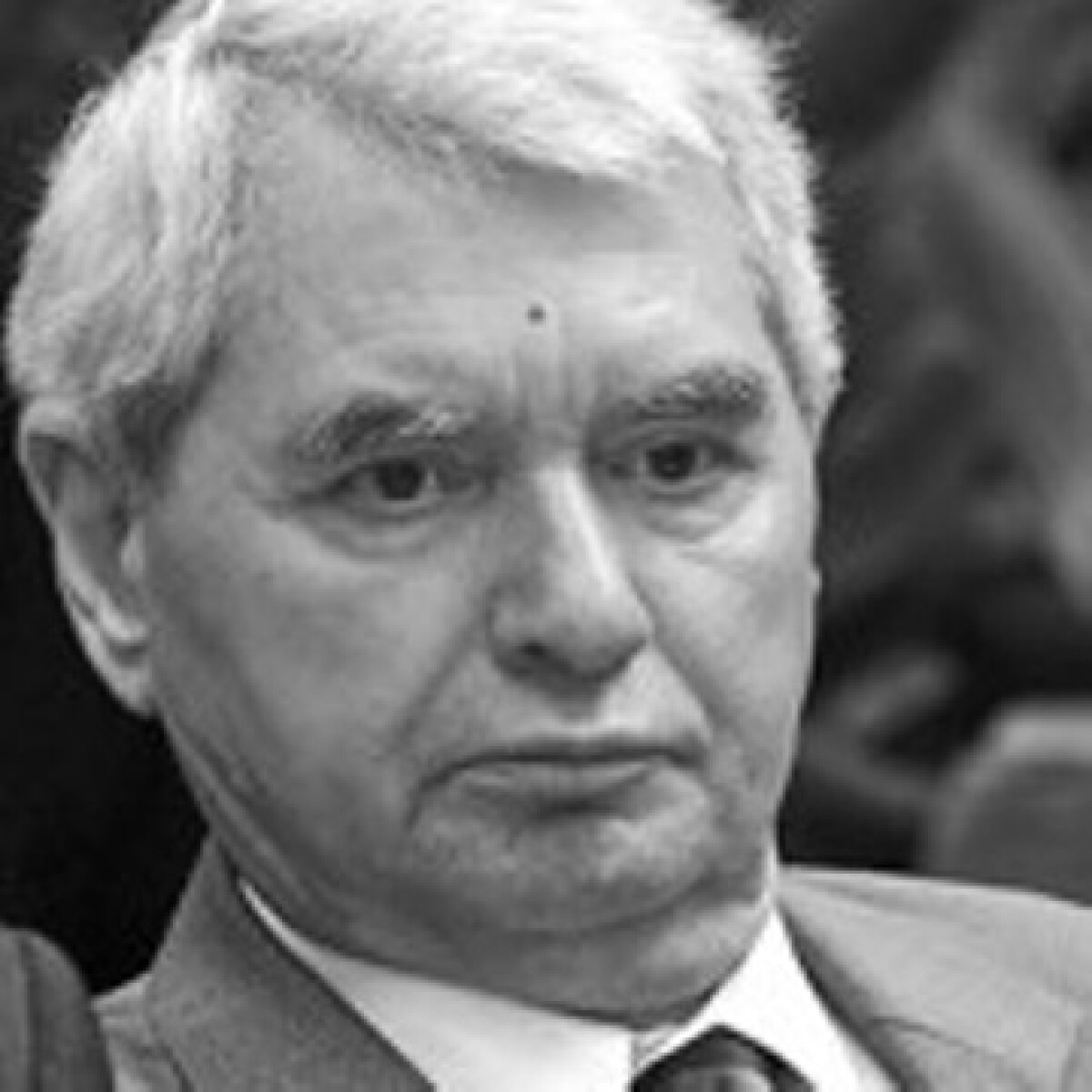 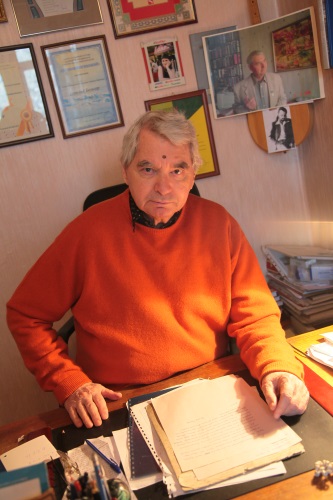 Turning to the individual of well-known Kazakh writer Herold Belger, we discover how multifaceted his literary and artistic activity and how much weighty and significant his contribution to contemporary literature. From his 74 years, more than 60, he lived in the land of Kazakhstan.

"I have not had even the full 7 years, I found myself in a Kazakh village on the bank of Esil - Ishim. The countdown of my conscious life begins since that time. Esil River, coastal Tugay, woods, birch groves, feather-grass steppe, storms and cloudburst showers of grace northern Kazakhstan, I took it as native, as something original and primordial. They came into my mind, into my flesh. All my life, creativity, thoughts, things, hopes are related with Kazakhstan. "

The writer is in an amazing way of his works presented such different and diverse facets of the writer's work, as literary translation, journalism and romance philology.

The main factors of becoming a writer’s creative concept are active citizen civil position and social activities of H. Belger, and its components - a sense of national roots, the desire to "enlighten" the history of the German ethnic group and define its place in the present and the future, a planetary world of the writer.

In general, an oeuvre of the writer, due to the writer's Eurasian worldview and a way of his artistic thought. The peculiarity of the aesthetic phenomenon of H. Belger determined by the interaction of his creative mind (journalistic, literary and artistic) of Western and Eastern principles.

For the writer H. Belger one of the main themes of his work was the theme of the homeland. "My heroes, deported and exiled Germans, people that crippled by fate, adults and little ones, are constantly and persistently talks on the topic: What is the homeland, where is our home, do we have the homeland at all? Or we are eternal wanderers, outcasts, the homeless, restless on this earth?”. And in his books, articles, numerous speeches, he tries to find answers to such "eternal", Shakespeare's scale questions. From his 74 years, more than 60, he lived in the land of Kazakhstan.

He is - the only Kazakhstani German who is fluent not only in German, but the Kazakh and Russian languages. And in the knowledge of the Kazakh language there are few contenders to him – it’s enough to read his amazing poetic essay "Goethe and Abay". He called the current Kazakhstani Germans "dropped out of the nest, stragglers from the pack," that they have a very remote relation to the German culture. "Johann and Hans that not remembering kinship in general." Unlike them, he remembered his kinship. Man of broader culture, he realized that there is no reason to be afraid of the Russian language - the language of Alexander Pushkin, Ivan Bunin, Leo Tolstoy, "... without that no modern man, if he considers himself to cultural, just not full." "Russian people should always remember that behind them is the mighty imperishable Russian culture. And you would not disappear with this culture. Well, I always feel that behind me stands Hegel, Goethe, Schiller, with them I won’t disappear. If I know the Kazakh language – it’s my richness and wealth. I think so: I have more than 60 years old live in Kazakhstan, know and love Kazakh language, I respect the Kazakhs, but you also, please, respect me. Here on this model it is necessary to build a relationship. "

Kazakhstan and planetary Bibliosphere personally owes to the Belger for the appearance of his not only one a masterpiece. And this is how writer says about this, with his usual humor: "For three decades I have translated so many from Kazakh and German languages ​​more than two hundred prose works. I think 25-30 books are typed ... And what’s, in fact, from what I translated, now read, re-issued? I cannot answer definitely. Maybe it’s translated worse? I'm not the man to judge it. And I will not argue. Maybe not "those people" I translated? No way... I guess "those people" - Beimbet Maylin, Gabit Musrepov, Hamza Esenzhanov, Abdizhamil Nurpeisov, Abish Kekilbaev, Dukenbai Doszhanov, Orazbek Sarsenbayev, Tynymbay Nurmaganbetov ... Quite often big names, great artists. " 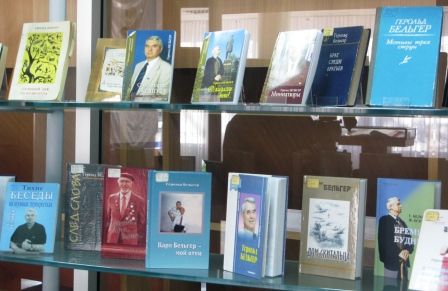 Autobiographical beginning permeates all creativity of the writer. Novel way of thinking determines the creation of last time. The idea of ​​moral memory, ownership of each individual fates of all the people - leading in the novels "House of wanderer", "Tuyuk su", "Disorder", "Call". House wanderer - it is his memory. Heroes of H. Belger’s works are stored in the memory of the Decree of the Presidium of the Supreme Soviet of the USSR on August 28, 1941. The assessment of Decree is ambiguous. It is known to many, but not understood. The decree - is a kind of image of the symbol of repression, the deportation of the German ethnic group, the refrain goes through all the work of H. Belger, including essays, feature articles, novels and short stories.

Concepts of homeland, memory, home, roads - through to a rich and varied heritage of the writer. The fate of the special settlers worried him constantly. But in the novels "House of wanderer" and "Tuyuk su" it’s decided on a nagging note that returns again and again the readers to those terrible years. One of the heroes of the novel "House of wanderer" - Christian, special immigrant returned from the labor army from Siberia, seriously ill and a presentiment of his imminent death, plays from memory drawing of a home on the Volga, where he spent his childhood. In his mouth the writer puts excited words about his homeland: "... Homesickness, for the native home, the inability to have a homeland, forced to journey through the whole whorld, restlessness, inescapable desire for own home, lonely fate of the eternal wanderer, the tragic feeling of homelessness - the most common, heartbreaking motive of German songs. Mosques German around the world, everywhere he admits, or rather seeks to put down roots, grounded firmly settling down, building a house, but still it was not his land, he still exactly a stranger, an outcast, a wanderer, and his house, where he nor stood - house of wanderer who had somehow fatally certainly strive to take away." In the novels "House of wanderer" and "Tuyuk su" converge the main themes that preoccupied H. Belger throughout his work. These works, which are multifaceted, branched storylines, having slender peculiar composition fed original result developed by the earlier themes, raise them to a new level of artistic generalization, as they reflect the whole layers of history (repression, war, labor army, the post-war period, and contemporary reality).

Creativity works of Herold Belger is intended to prove that the Kazakh language and Russian language literatures in Kazakhstan are - "two strings of one dombra" that they have - the generally related path of development. "I wish that the two branches of the same tree, two jets of one source closely intertwined, merged in understanding the coveted harmony," - he says, and it's hard not to agree with him. The national literature cannot exist by itself; it is necessary to have symbiosis, interaction and complementarity for its full development - that is what is trying to prove author of "House of the wanderer" in his work.