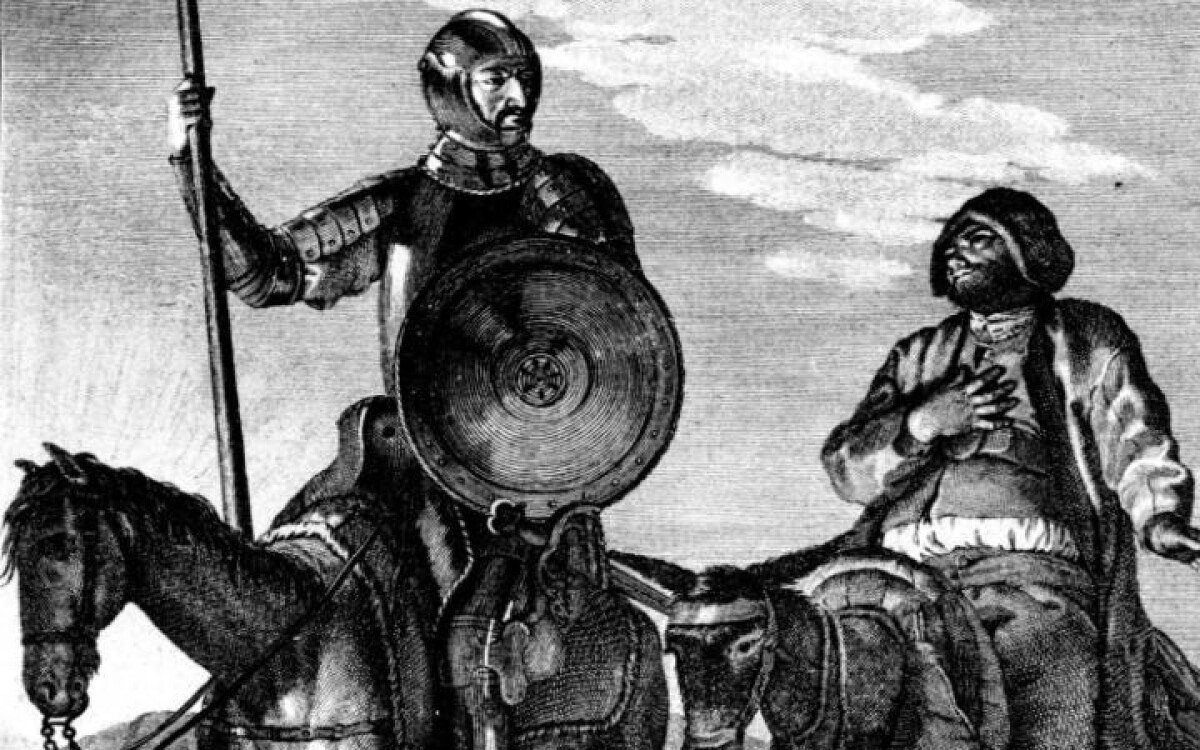 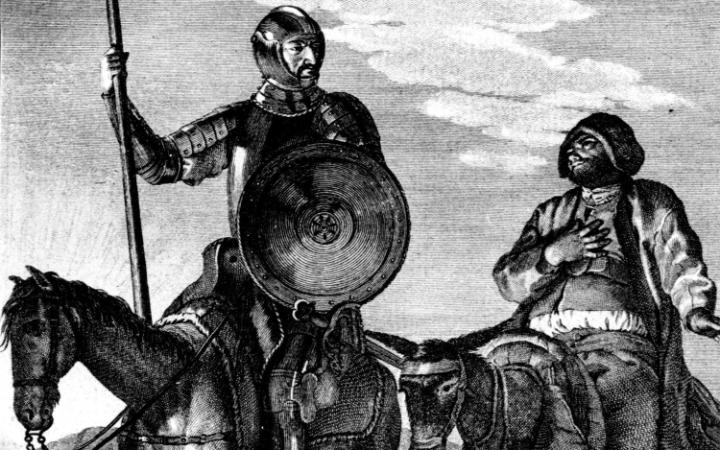 An accessible modern re-write of Spain's most revered novel, Don Quixote, has become a bestseller but the version been branded "a crime against literature".

Miguel de Cervantes's novel about a delusional would-be knight, The Ingenious Gentleman Don Quixote of La Mancha, was first published in 1605. It has been translated into 145 languages and The Cervantes Institute say it is the most translated book after the Bible.

Spanish writer Andres Trapiello spent nearly 14 years adapting Cervantes's masterpiece for contemporary readers. According to Trapiello, it is impossible to understand Don Quixote without reading the footnotes. The new edition includes a comprehensive set of changes to make it more comprehensible. Cervantes died in 1616, aged 68. When he first starting examining the text of the nearly 1,000-page novel he stumbled on an unfamiliar word: "trompogelas".

"It was absolutely unintelligible," Trapiello told. After a whole morning's research, he decided it meant something like: "It went in one ear and out the other." "There are a great many people who have not read it or who have given it up several times because it is so hard," said Trapiello. "They are obliged to read it in language that is not understood nowadays. They make you read it at school and lots of people have bad memories of that."

The public seem to like the new version. In July 2015, Trapiello's adaptation was ninth on the Spanish bestseller list, just behind EL James's Grey.

But Spanish academics have lashed out at what they see as tampering with their beloved Quixote. David Felipe Arranz, who teaches at Madrid's Carlos III University, called the new versions "a crime against literature", telling: "I ask the booksellers in Madrid and they tell me no one buys Cervantes's original novel anymore because readers prefer the 'light' version. You cannot twist the flavour of the words of the greatest writer in our language."

In a survey published in June by Spain's state research institute CIS, nearly six out of 10 people in Spain said they had read at least part of Don Quixote or some adaption of it. But more than half said they thought the original was a "difficult" read. Trapiello's book is not the only simplified version of what critic Harold Bloom called "the first modern novel". In 2014, the Spanish Royal Academy, the official authority on the language, published its own version for schools by the historical novelist and scholar Arturo Perez-Reverte.

English author Martin Amis once said of the novel: “While clearly an impregnable masterpiece, Don Quixote suffers from one fairly serious flaw: that of outright unreadability.”

Francisco Rico, head of the Spanish Royal Academy's series of classic titles said: "Any attempt to make Quixote more readable is positive. Shakespeare got forgotten for a time. For centuries no one remembered Dante. Voltaire has had his ups and downs. But Quixote has been a bestseller ever since it was published."

As Don Quixote says himself in the novel: "Can we ever have too much of a good thing?"