Home LITERARY PROCESS LITERARY NEWS "In the garden of my reminiscences" - presentation...

"In the garden of my reminiscences" - presentation of Tasbay Simambaev's book 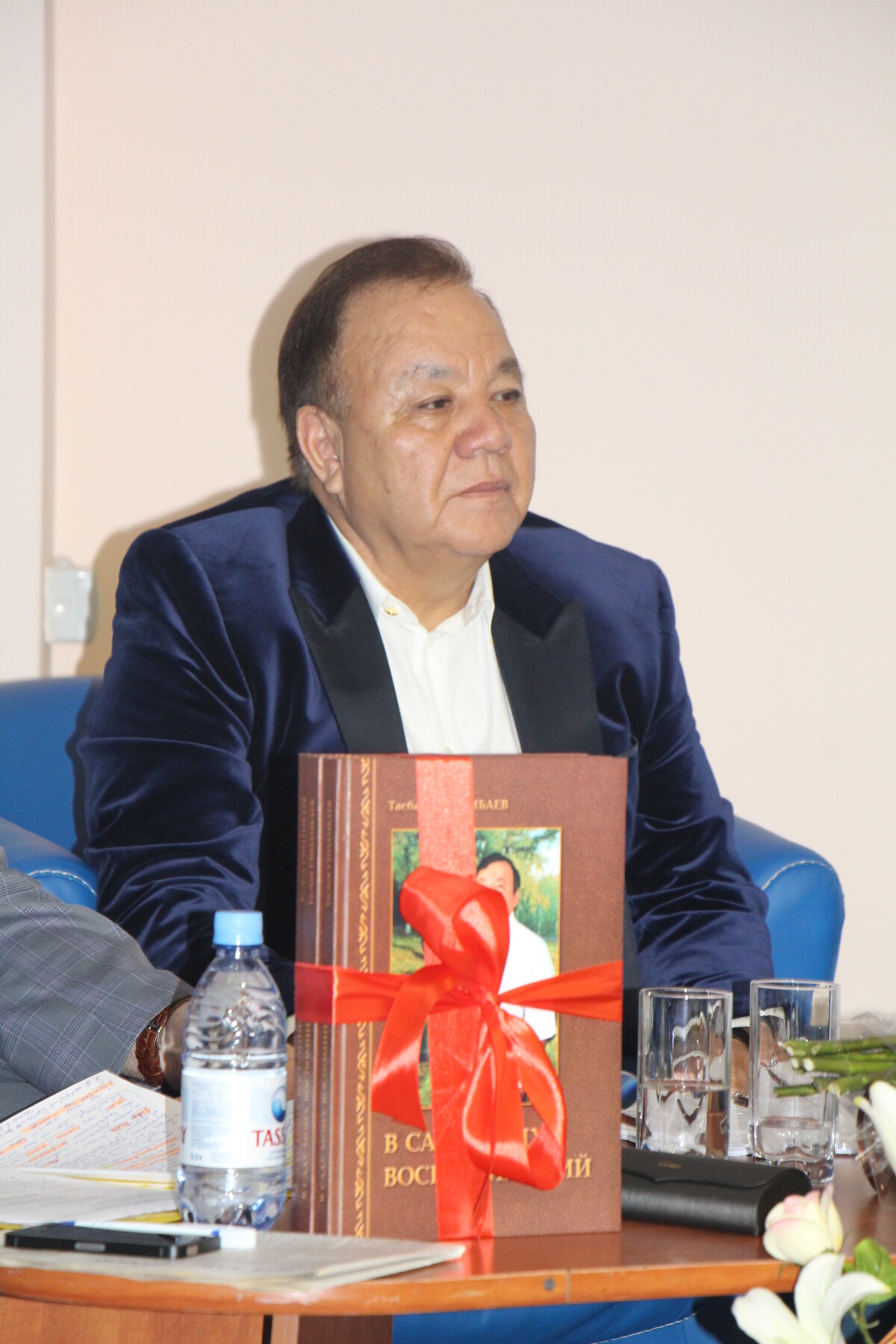 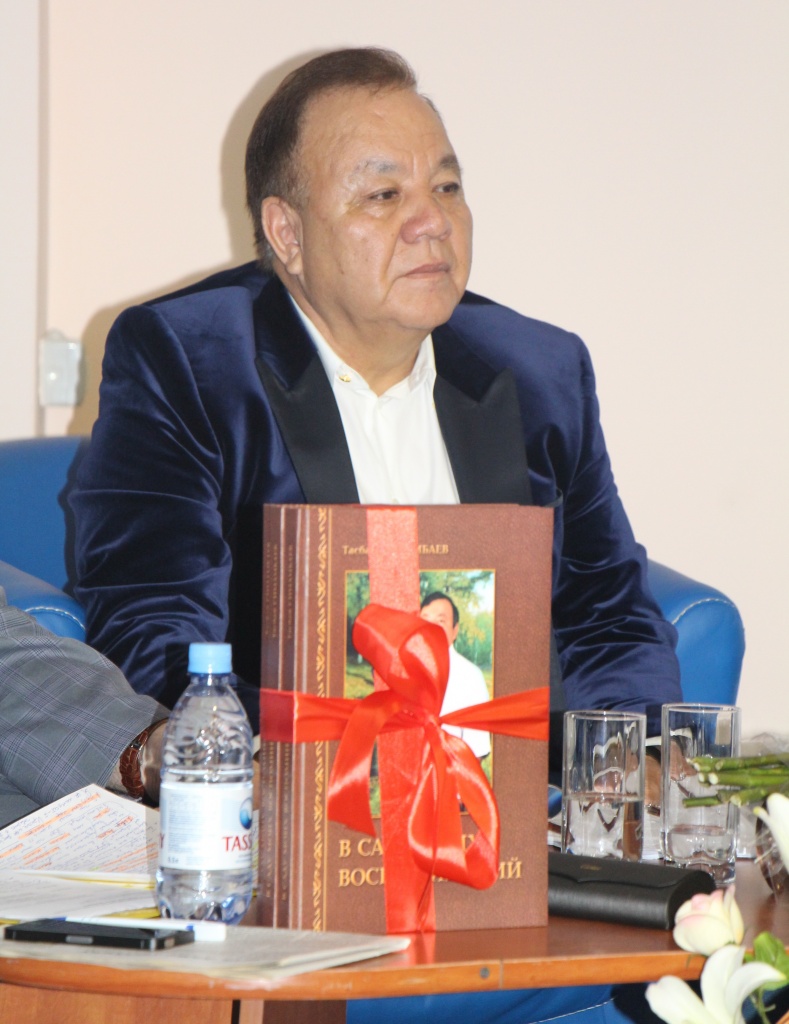 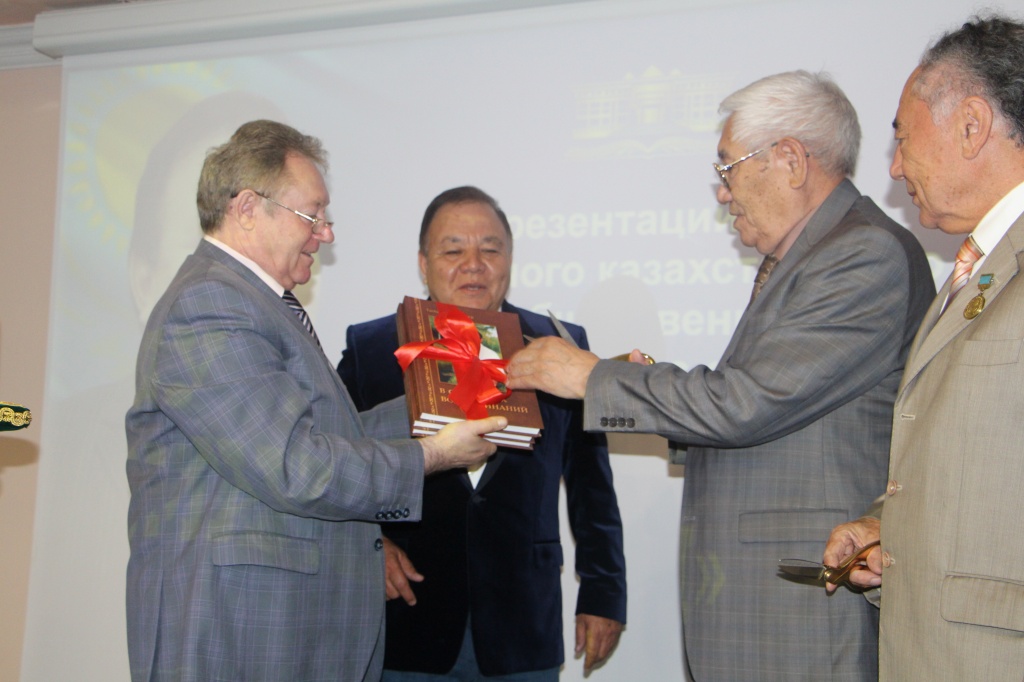 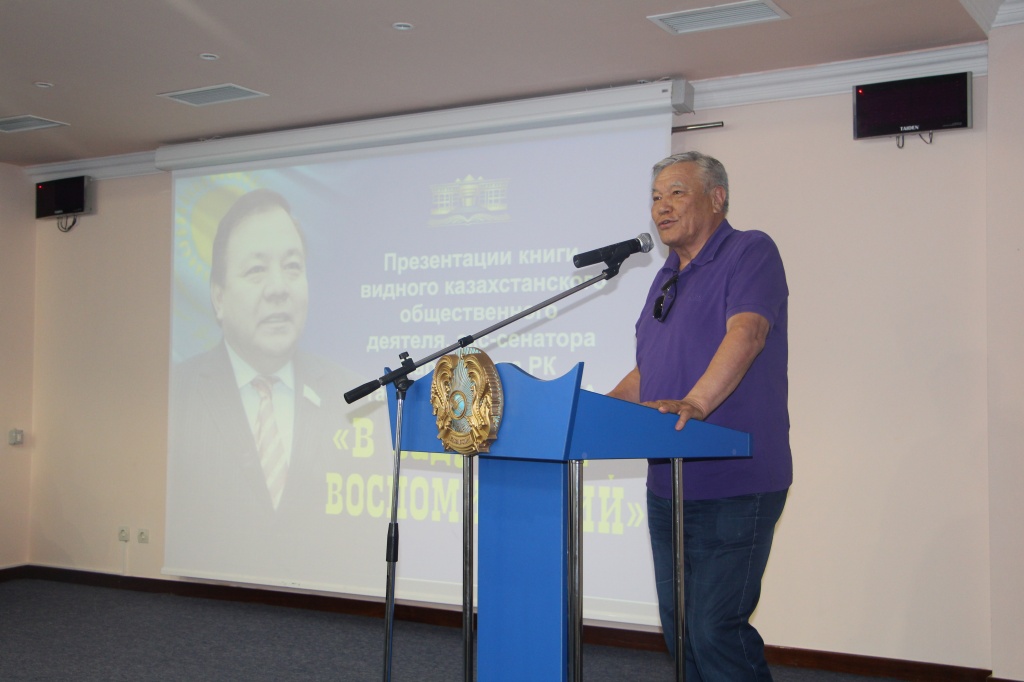 Simambaev Tasbay Kabashevich is one of the  Alumni Club - founders of Kazakh Agro Technical University named after Saken Seifullin  - one of the largest agricultural universities in Kazakhstan. His last post was Member of the Standing Committee on Agrarian and Environmental Protection Senate of Kazakhstan. Before that  Tasbay Kabashevich passed his glorious career from the starting of his work experience from - Agronomist in the farm "Voskhod" of the Timiryazev district (1966-1970). The first secretary of Zhambyl district committee of Komsomol (1970-1973). Party secretary of the state farm "Troitsky" of Zhambyl region (1974). Secretary, then Second Secretary of the North Kazakhstan regional committee of Komsomol (1975-1978). Instructor Department of party organizational work of the North Kazakhstan regional party committee (1978-1980). Secretary of Presnovskiy District Party Committee (1980-1988). Deputy Chairman Sergeyevsky RAPO (1988). Director of the farm "Moskvoretsky" of the Timiryazev district (1989-1992). Head of Administration, Akim of Sergeyevsky district of North Kazakhstan region (1992-1995). his other positions were Vice-President of the Chess Federation of the Republic of Kazakhstan. President of the Public Fund Karasai Batyr. As part of the OSCE Mission observed the presidential elections (USA) (2004). Elected positions and  deputy experience  - A candidate for deputy of the Republic of Kazakhstan Armed Forces of the 13th (1994); Deputy Senate of Kazakhstan of the first convocation (05.12.1995-1999); Senate Deputy of the Parliament of the Republic of Kazakhstan of the second convocation (09.1999-2005); The deputy of the Senate of the Parliament of Kazakhstan of the third convocation of the North-Kazakhstan region, Secretary of the Committee on International Affairs, Defense and Security, the head of the deputy group "Dostyk" to strengthen friendship and inter-parliamentary cooperation of the Republic of Kazakhstan and the Russian Federation, member of the parliamentary group "Aul". Member of the Interparliamentary Assembly of the Commonwealth of Independent States, a member of group collaboration with the Council of Federation the Russian Federal Assembly, with the National Assembly of the Republic of Armenia, with the Parliament of the United Kingdom of Great Britain and Northern Ireland, with the Senate of the Cortes Generales of the Kingdom of Spain, the Senate of Romania, with the Advisory Council (Majilis Shura) of the Kingdom of Saudi Arabia;  Member of the Standing Committee on Agrarian and Environmental Protection (08.2005-09.2011); National and international awards, prizes, honors: Order "Kurmet", "Badge of Honor", "Red Banner of Labor"; a lot of Medals; Honorary Diploma of Republic of Kazakhstan. USSR Master of Sports in freestyle wrestling.  His language proficiency is Kazakh, Russian, Ukrainian and Tatar. His Higher Education starts at Tselinograd Agricultural Institute in 1973, but in absentia as specialty and  qualification - Agronomist. Then in 1986 at Alma-Ata Higher Party School as  Political scientist, but also in absentia. And the last knowledge he had at Kazakh State Law University in 1998 as Lawyer 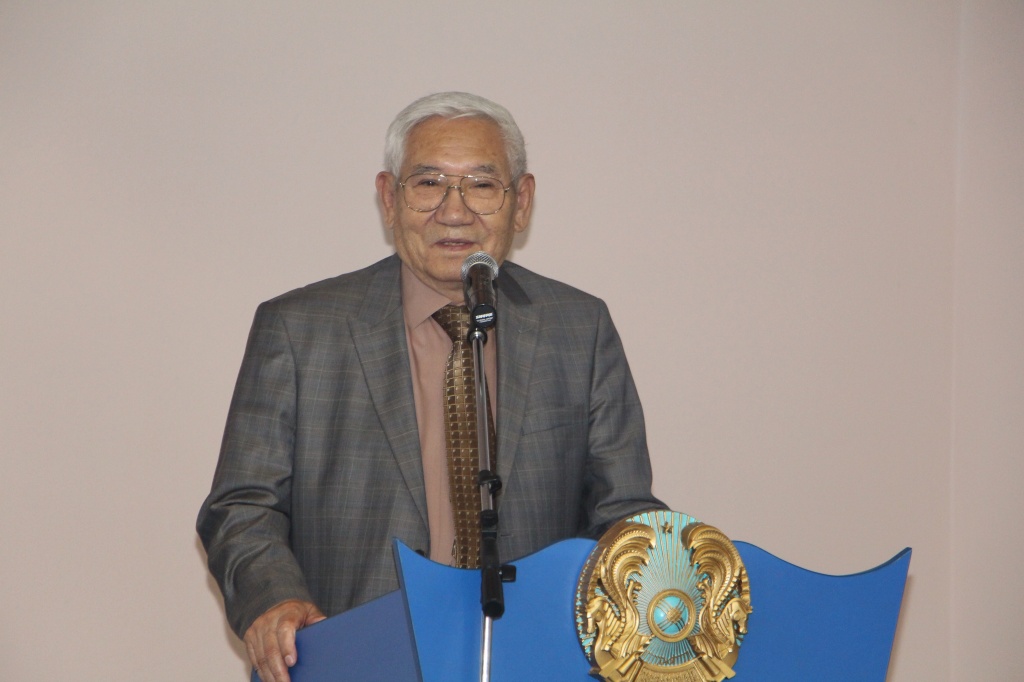 The presentation of a prominent Kazakh public figure, the Kazakh Parliament ex-senator Tasbay Simambaev's "In the garden of my reminiscences" book was held in the National Academic Library of Kazakstan. The list of invitees were: Speaker of the Senate of the Kazakh Parliament I-II convocation Omirbek Baigeldi , diplomat, Advisor to the Minister of Foreign Affairs of Kazakhstan Sailau Batyrsha, deputy of Majilis Abay Tasbulatov, the ex-senator of the Parliament of the Republic of Kazakhstan Svetlana Zhalmagambetova, Majilis deputy, journalist of "Khabar" Elekeev Irak, ex-senator of the Parliament of the Republic of Kazakhstan, Head of the Department of Eurasian National University named after L. Gumilyov Anatoly Bashmakov. To Tasbay Kabashevich inherent qualities such as diligence, integrity, professionalism and patriotism - noted his colleagues at the presentation of the book. 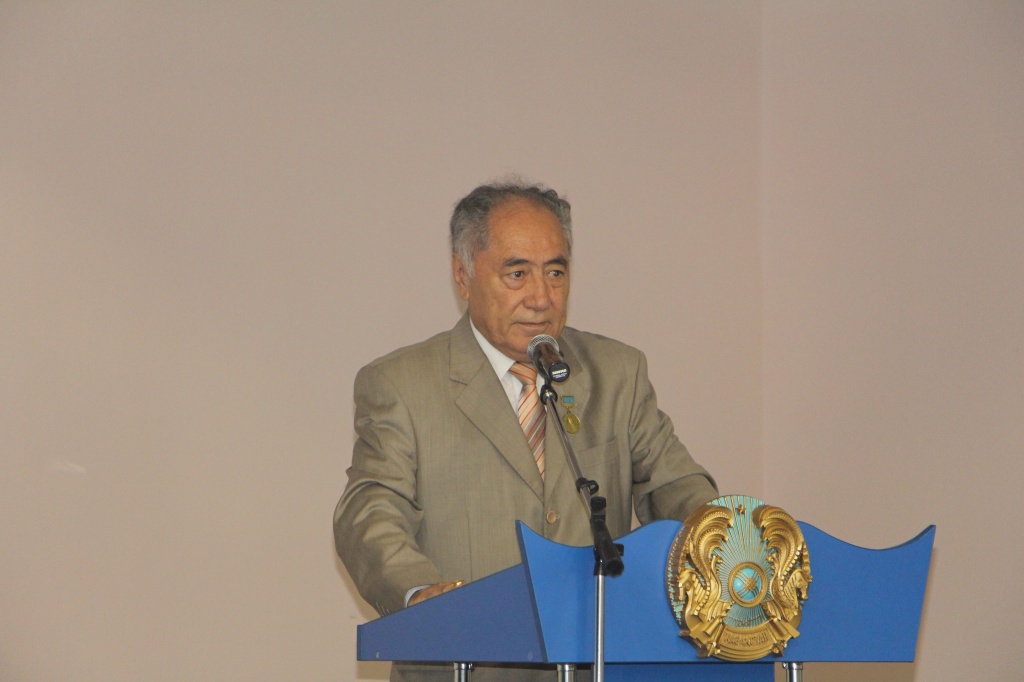 As the author himself confessed his book is intended for a wide circle of  audience. In the the book "In the garden of my reminiscences" includes memories Tasbay Kabashevich of distant childhood in his native village Zhaltyr, parents and loved ones, study years, as well as the employment path that he started working, young professionals and finished as deputy Senate of Kazakhstan and 20-year collaboration with Nursultan Abishevich Nazarbayev, the President of the Republic of Kazakhstan. The author sets out the extraordinary exportation and reflections on politics, science, education, culture and sport, morality, economy, especially the role of the agricultural sector. The introduction to the book "Portrait of his time," wrote the deputy of the Senate of the Republic of Kazakhstan IV-V convocations, KazNAU academician, doctor of economic sciences A.Bashmakov. 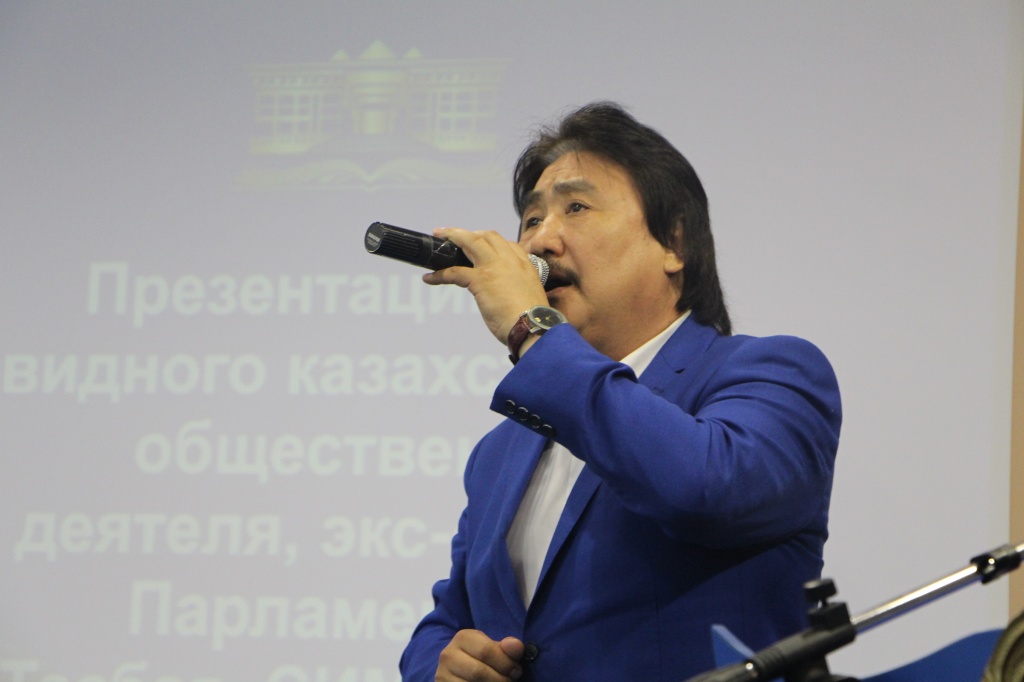