On the eve of 18th anniversary, I mean the adulthood of the young capital "Astana" - since 1998 officially presented to the world as the new capital of Kazakhstan (the city itself precursor ancient medieval fortress city Bozok there are several thousand years old), we offer you the list of monuments of history and culture of the city. Part IV 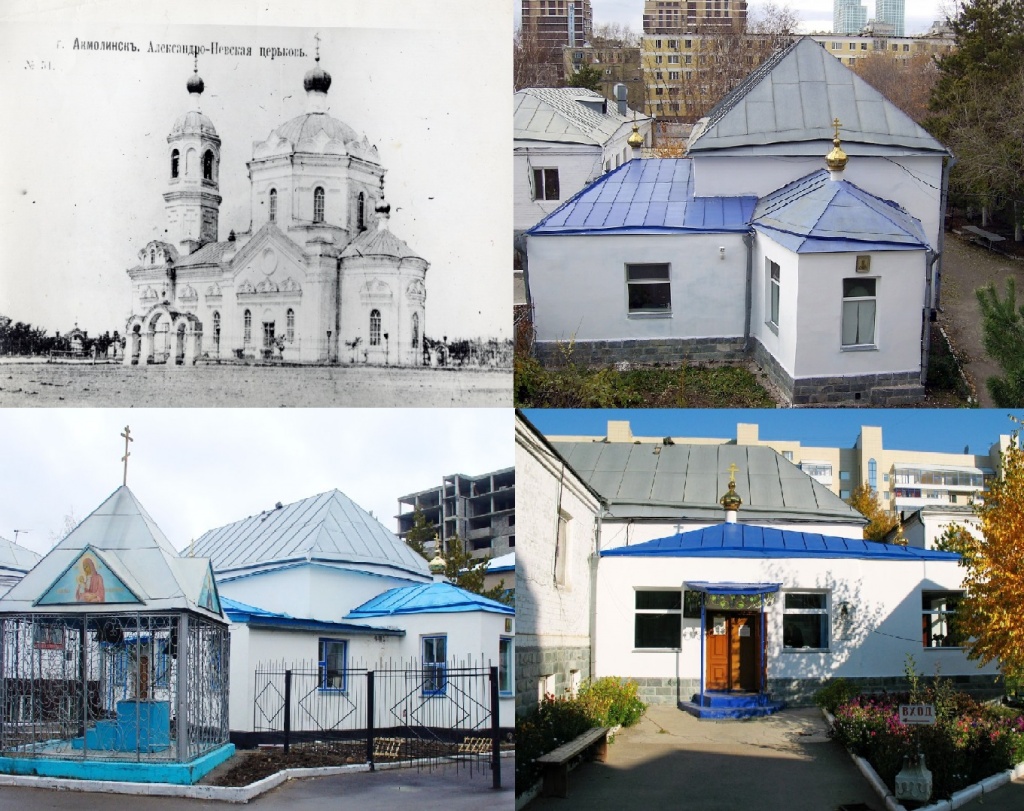 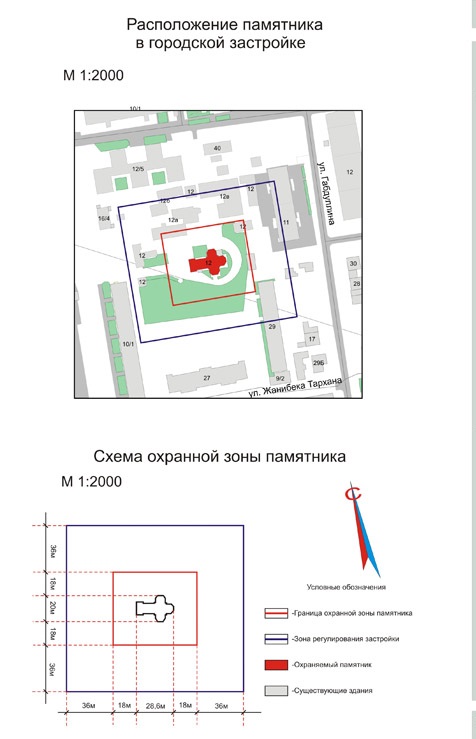 The tragic fate of the old Akmola interesting church of - Alexander Nevsky Cathedral (1891-1893 ). The decision to build the church was made in life-saving memory of Alexander III Romanov and his family in the crash on the Kursk-Kharkov railway in 1888. The construction was required 26,000 rubles, 5,000 of which were provided by the authorities, and the remaining amount is collected by the townspeople, mostly donations known to us merchants as Kubrin, Koshegulov, Zabirov, Silin, Egorov(Zhagorov), Moiseyev(Musayev)  and others. But with the advent of Soviet regime at first turned the temple into the club, and then to the theater and cinema. Over time, had been plundered the cathedral, and was completely demolished during the 1939-1941 period. According to the records on the Internet, now a place of the cathedral (fundament) states the temple to Alexander Nevsky but looks differently from older pictures. 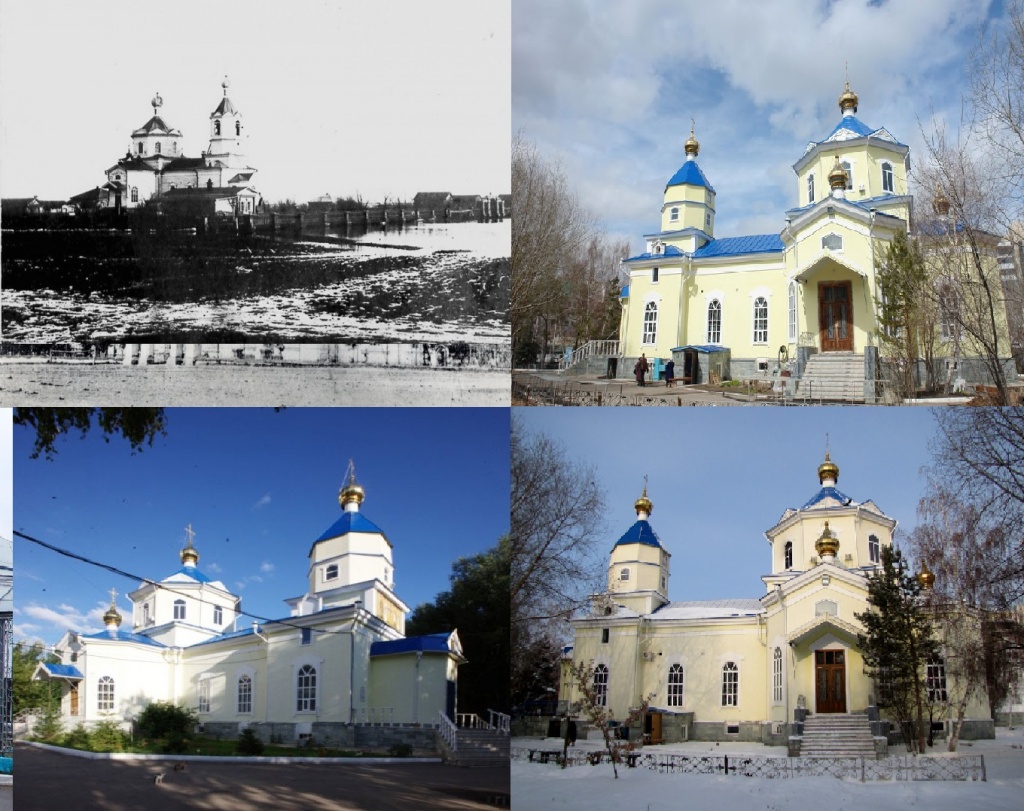 To this day preserved another no less valuable Constantine and Helen church. The construction of the church at the present location of the dated 1900. The Soviet government closed the church, but later during the Great Patriotic War, at the request of the faithful service resumed.This church hidden behind tall apartment blocks of the avenue. Many historical memorials, cathedrals and mosques were either exploded, burnt down or demolished due to the Soviet Regime war on religion and restructuring by the Soviet Occupant Goverment state but the few landmarks that remain are under government protection today. 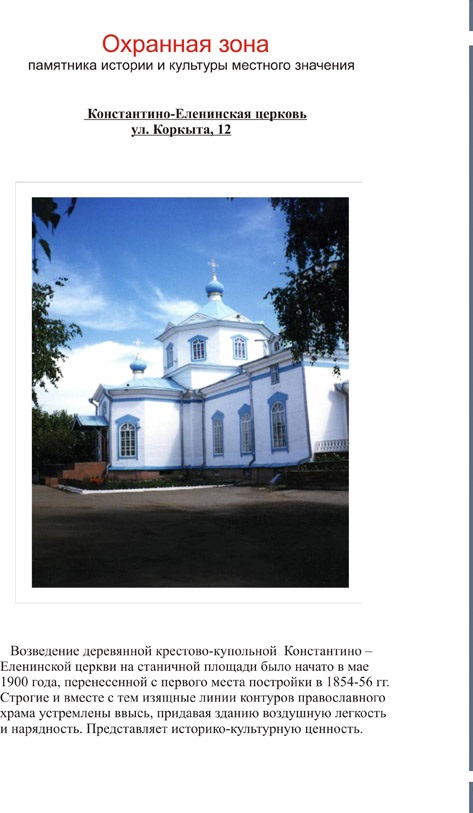 2) The house in which special forces troops were formed(Reg. Committee of the Communist Party of Kazakhstan, 1st city hospital, region agricultural households manage, the Supreme Court of the Republic of Kazakhstan, the City Court and the Administrator of Astana city courts) 1914 - 1921 - Omarov Street, 57 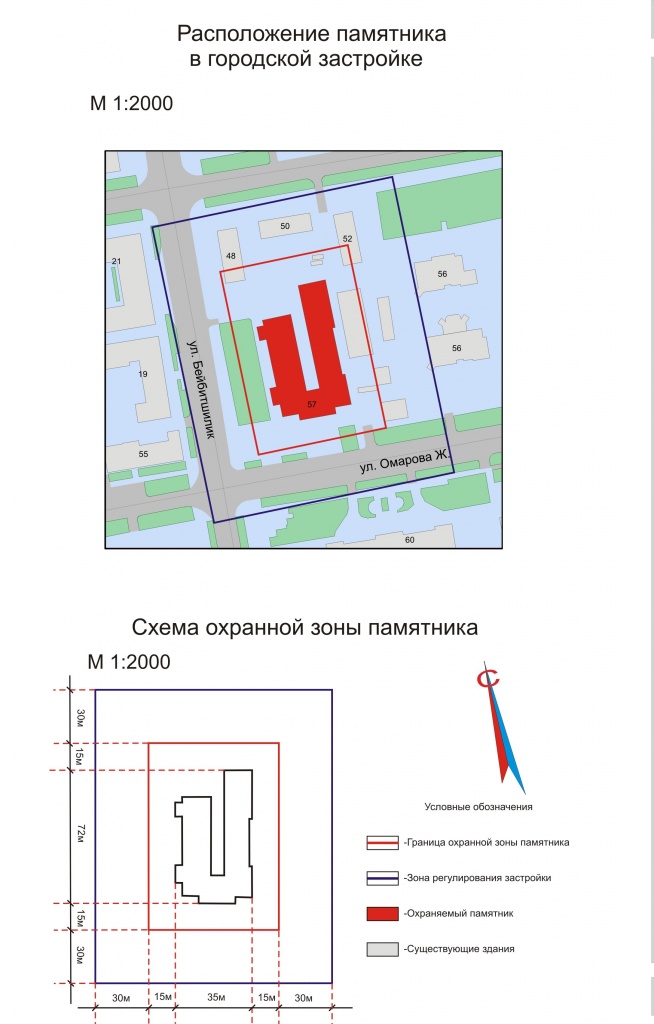 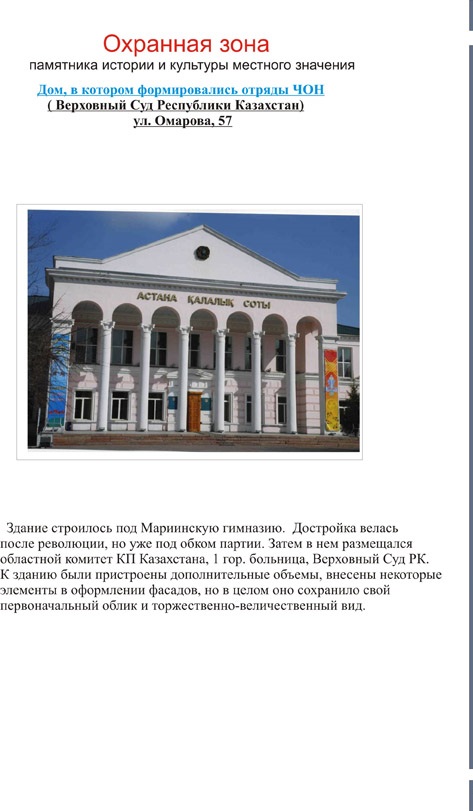 3) Railwaymen Palace (the building of the National Theatre Opera and Ballet named after K.Baiseitova) 1954 - Akshayik Street 10 and Before: Shop "Kolos" Now: Trading House "Kolos"Address: Str. Beibitshilik 34Years of construction: the beginning of the 60's 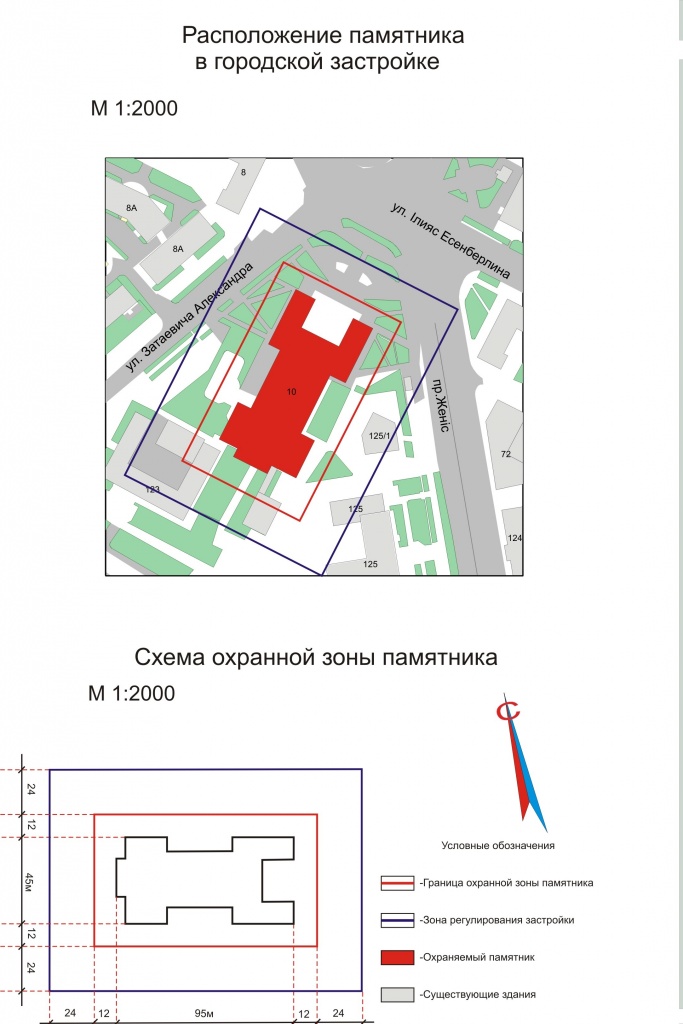 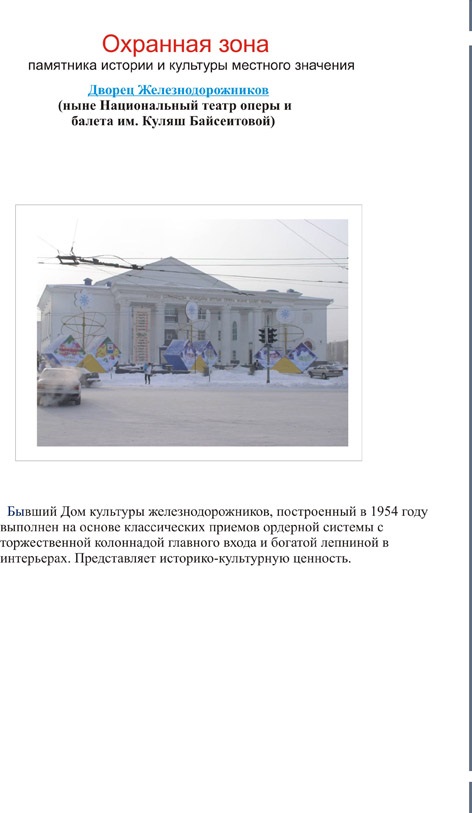 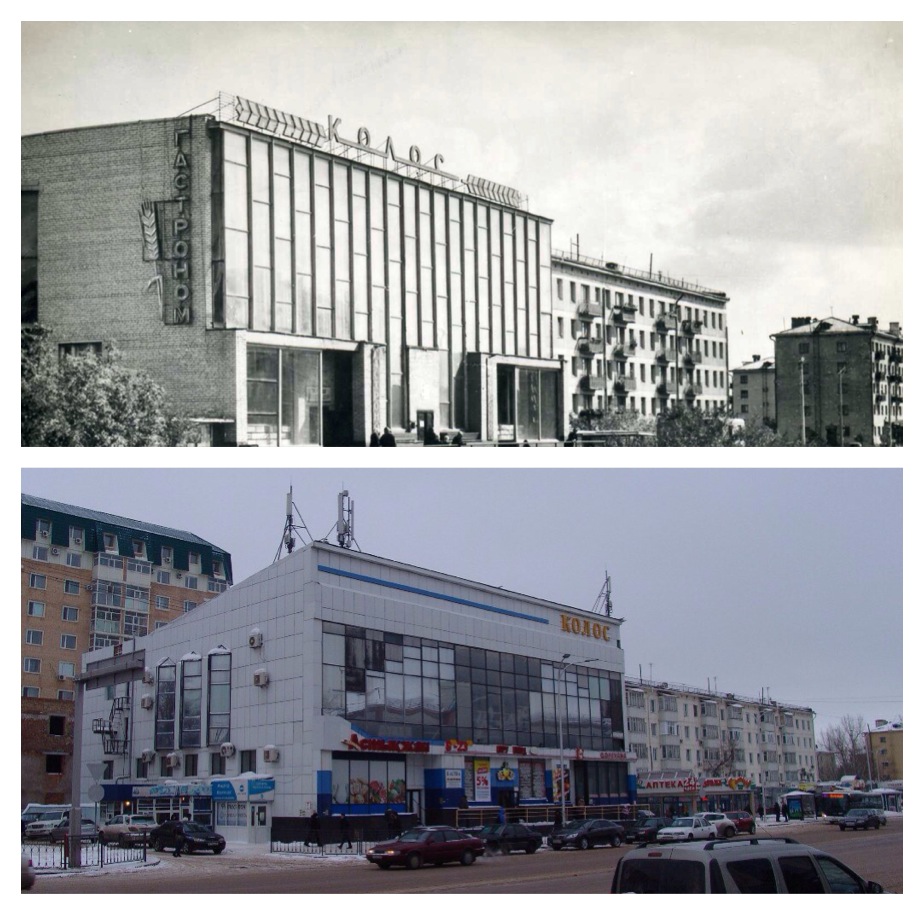 4) The railway station and station square, Akmola county had is just about 40 kilometers of narrow-gauge roads that were built by British concessionaires in 1906 - 1908. This is First place where in 1954 the train arrived to city with first virgin landers  - 05.03.1954    - Railway Station Square behalf of the 310th Division 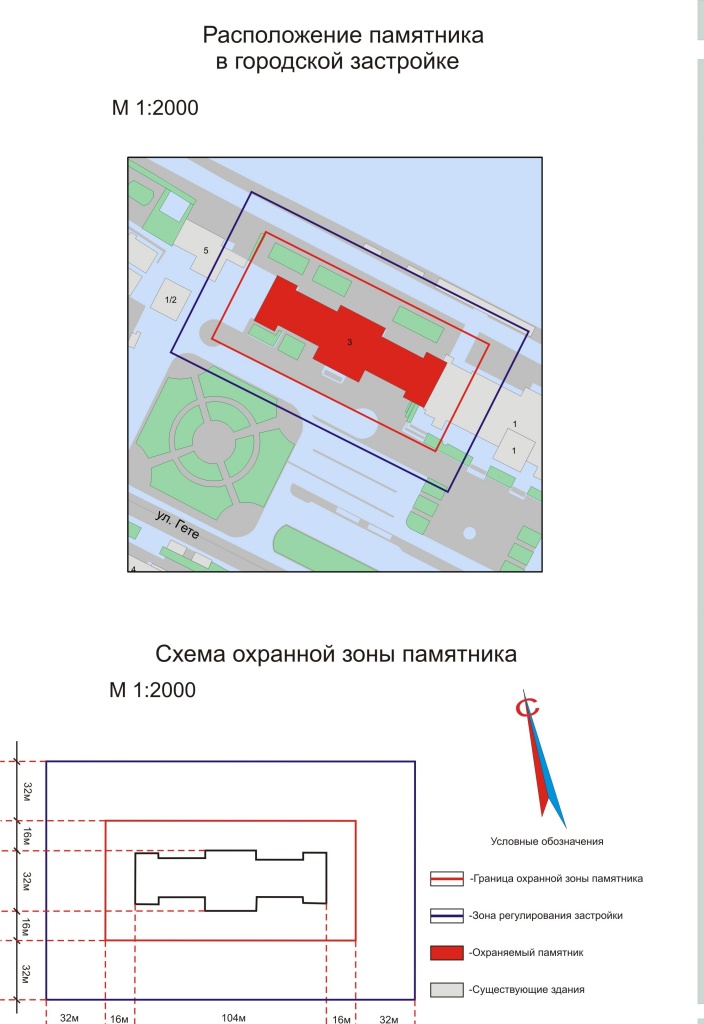 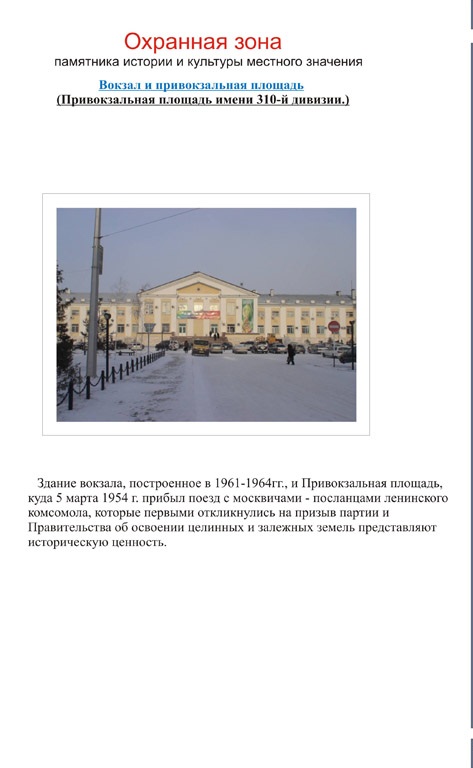 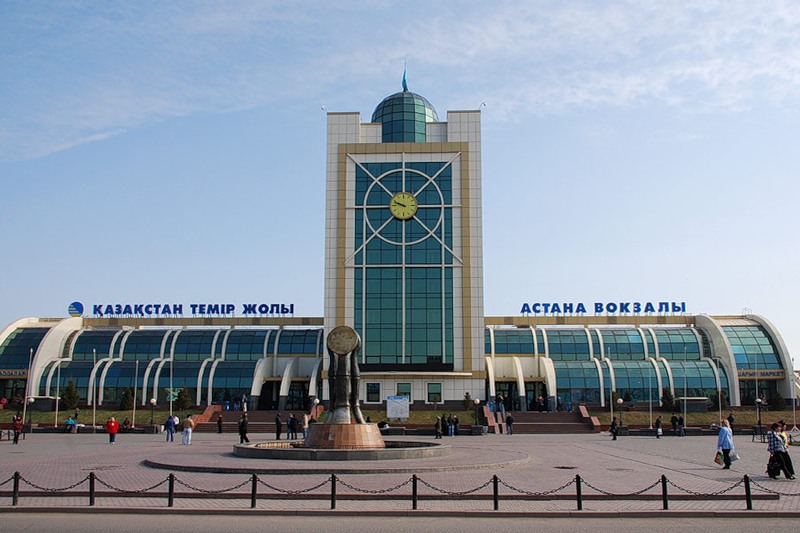 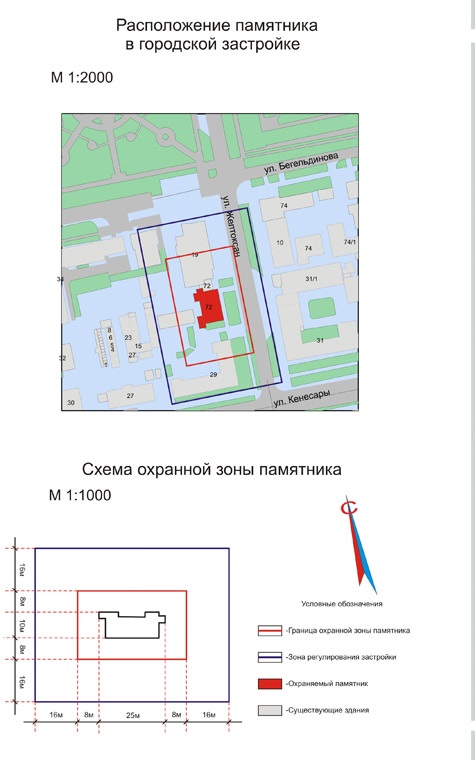 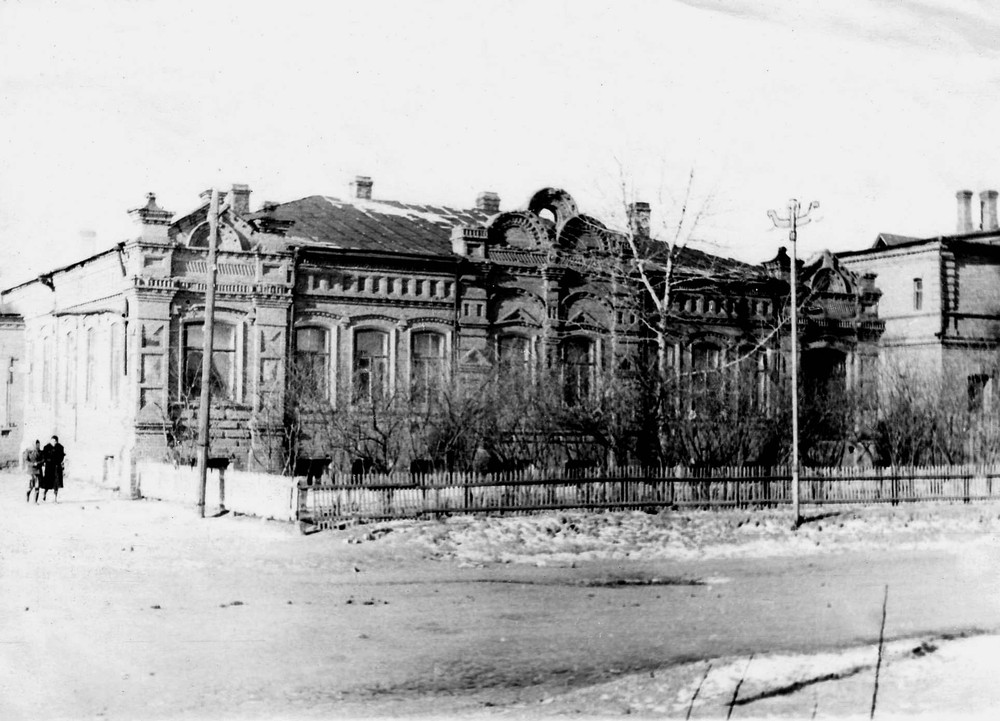 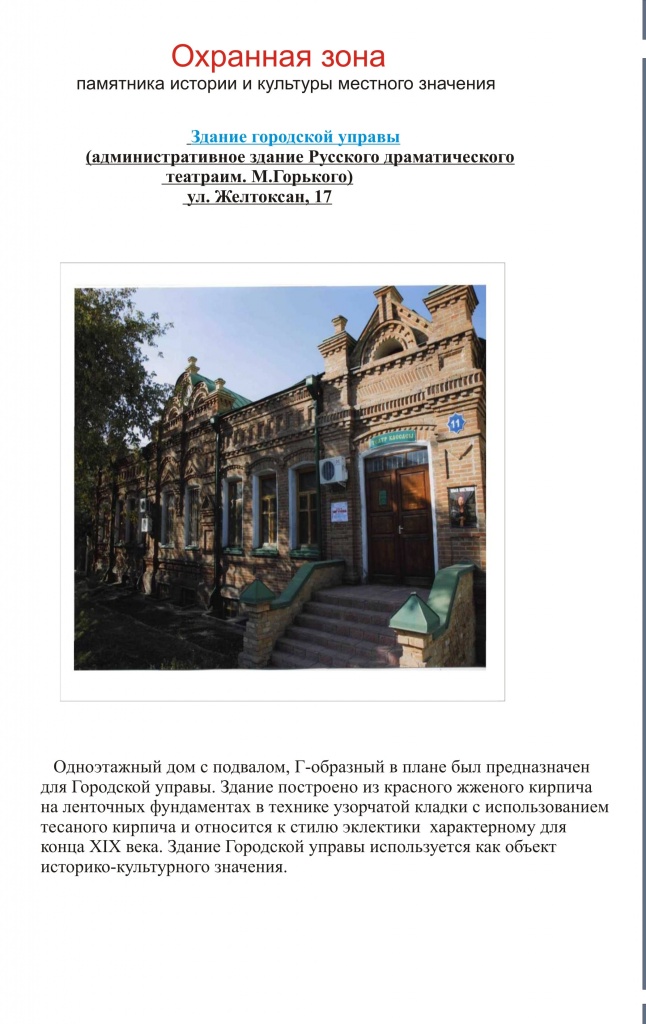 6) Gymnasium (now the building of the Russian Drama Theater named after M. Gorky) the end of the nineteenth century.- Bigeldinov Street-72 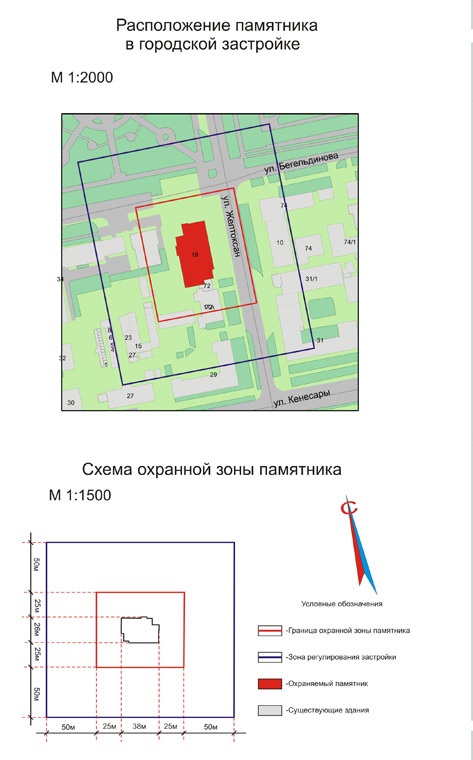 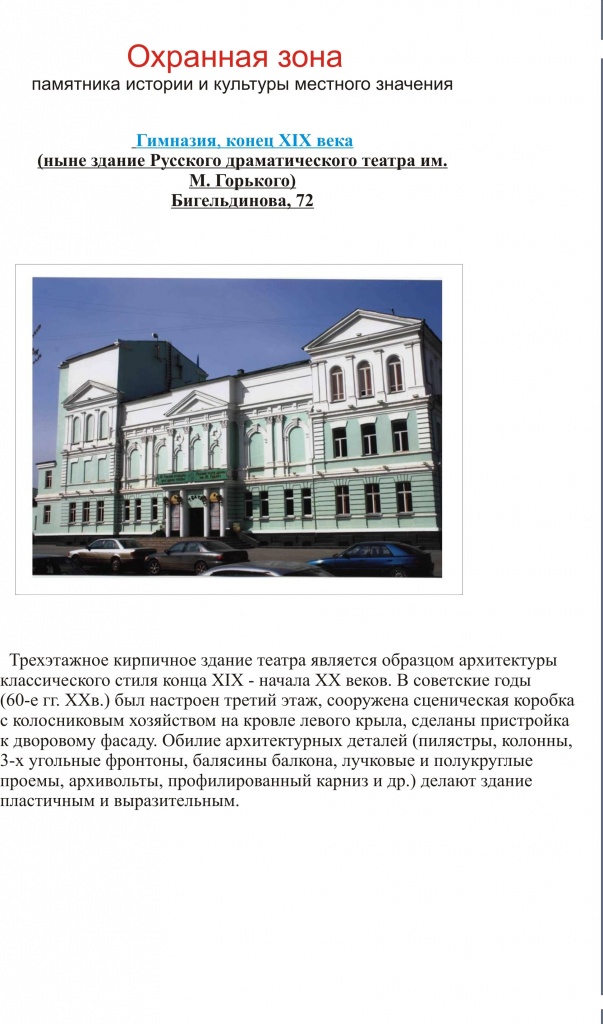 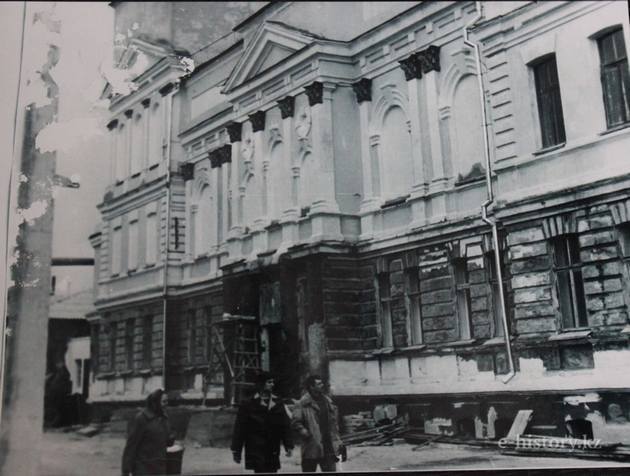 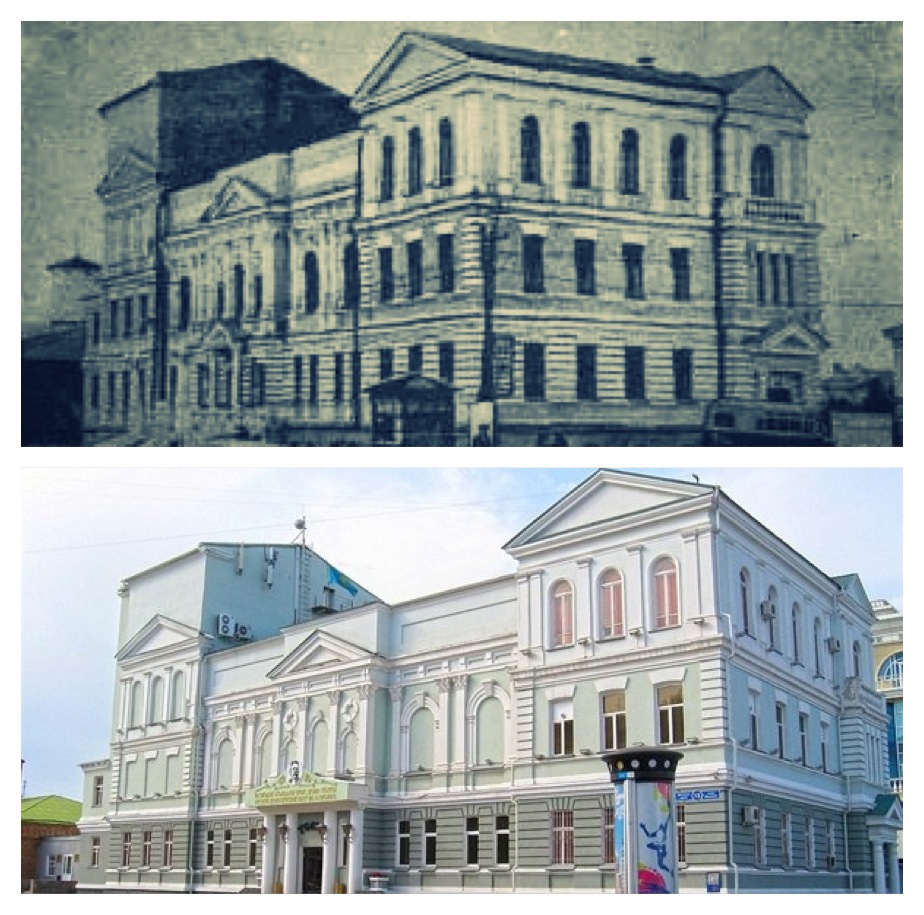 7) House of merchant Silin(2nd Company of the Red Guards, the building Med. Center councils. Presidential Affairs, the Staff Commission for redeployment of the capital of the Republic of Kazakhstan, Embassy of the Republic of Belarus)Nineteenth and early twentieth century. 1918 - Kenesary Khan Street - 35 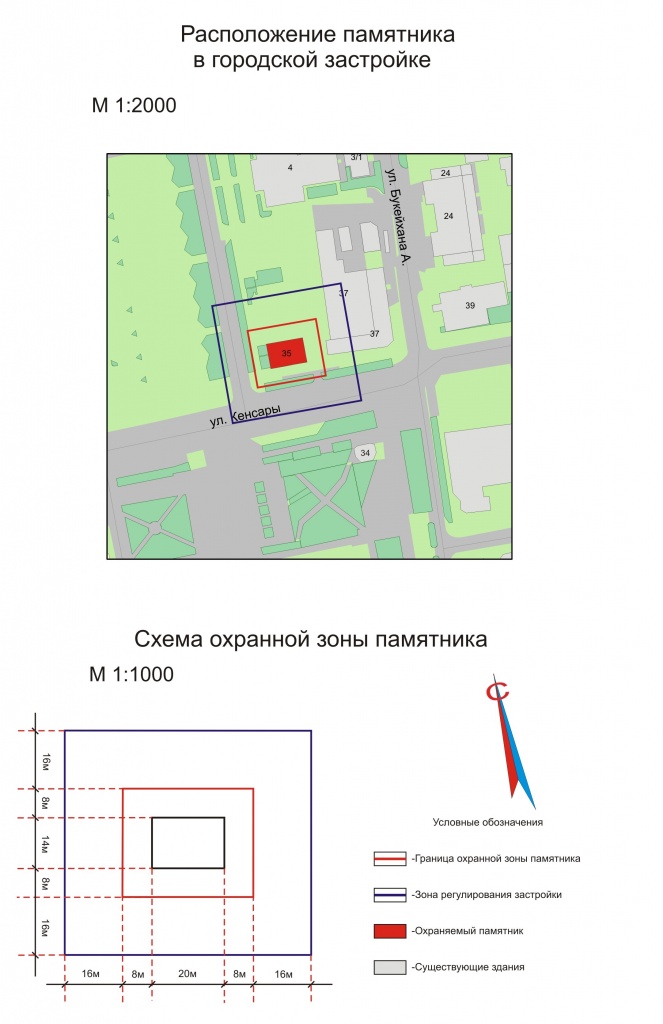 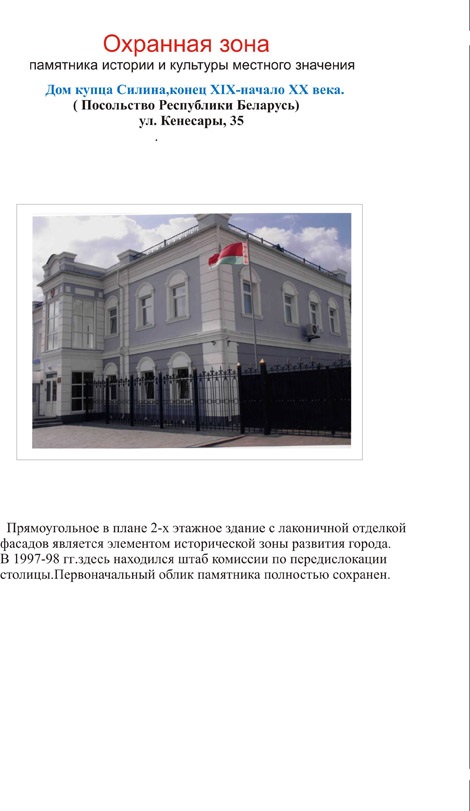 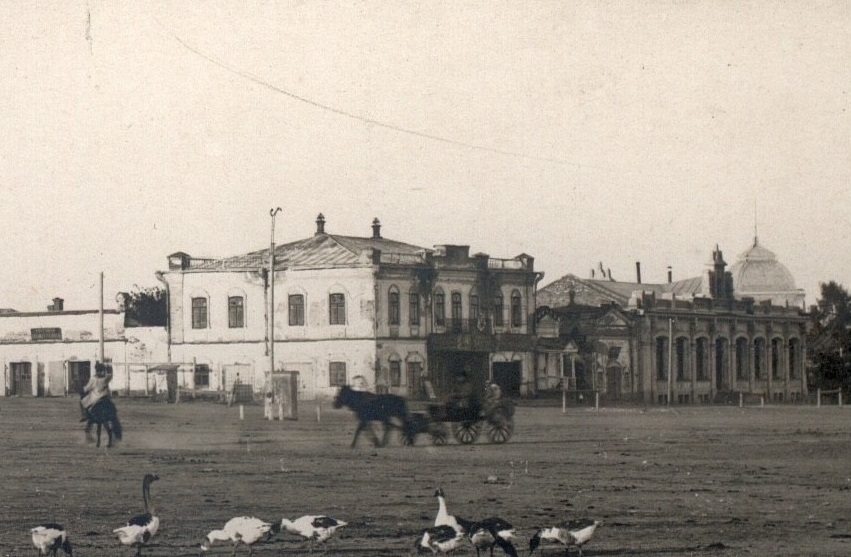 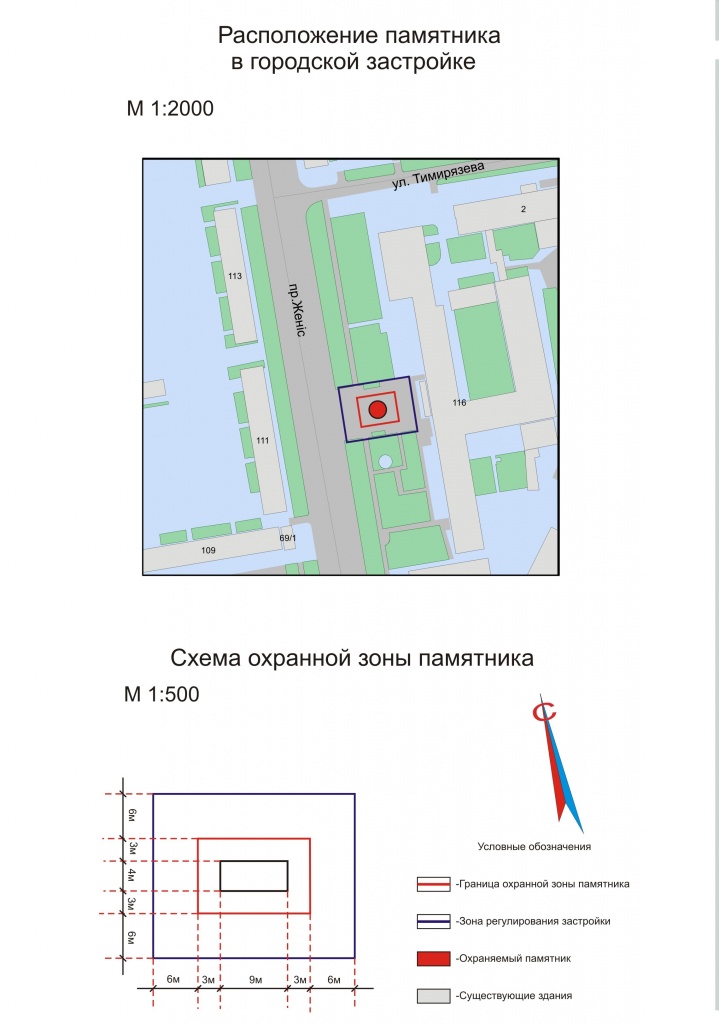 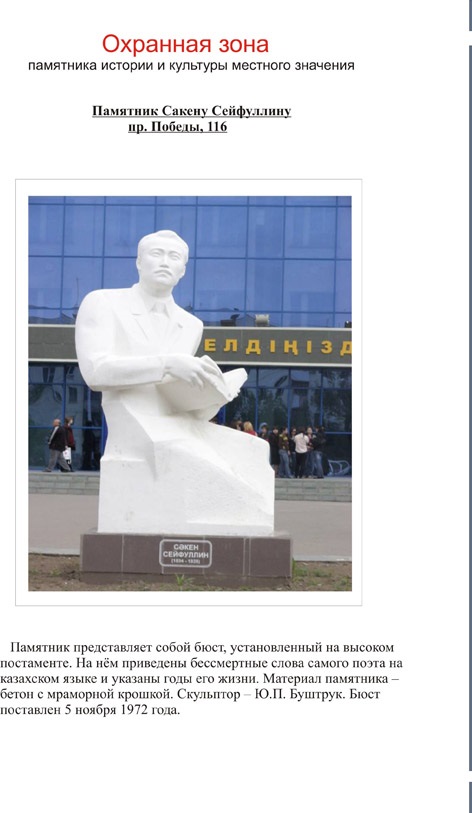 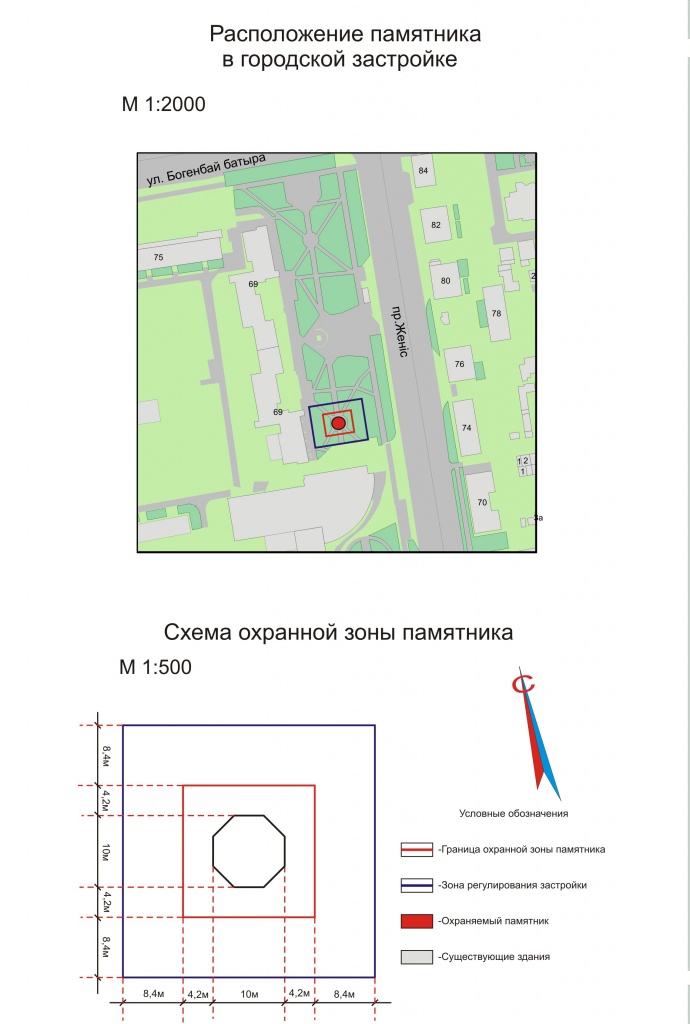 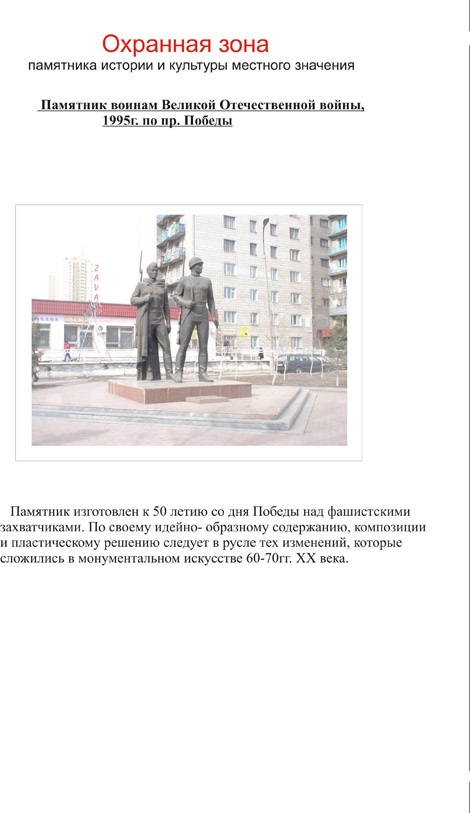