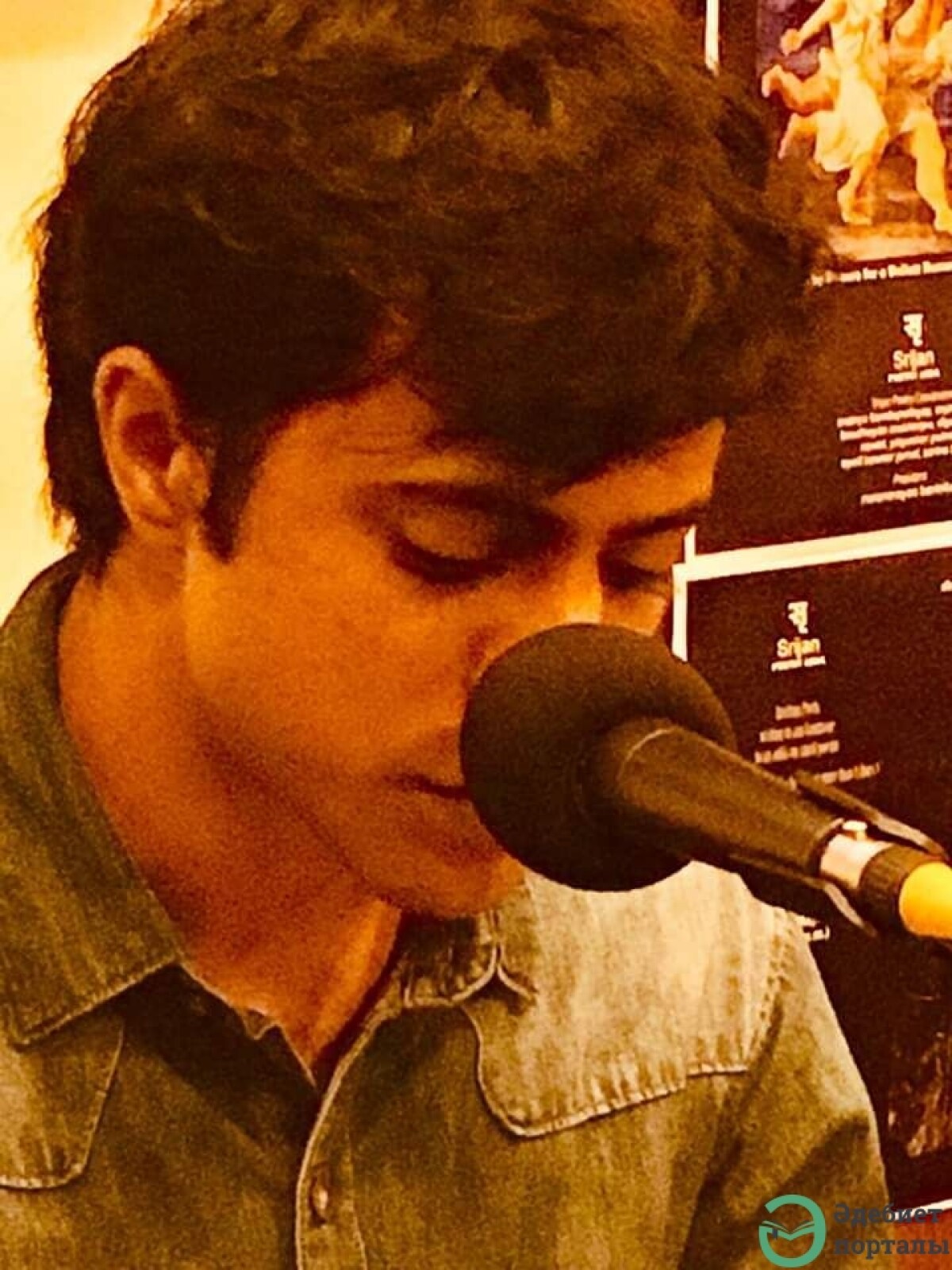 RAJOSIK MITRA – INDIAN YOUNG POET. HE WRITES IN ENGLISH, PUBLISHED A BUNCH OF POEMS IN «INDIAN LITERATURE»,THE MOST IMPORTANT ENGLISH LITERARY JOURNAL PUBLISHED BY SAHITYA AKADEMI, INDIA. WRITES IN OTHER ENGLISH MAGAZINES. HIS POEM HAS BEEN TRANSLATED IN TELUGU, A RICH INDIAN LANGUAGE.

in my bag; I thought it was dead

and so picked it up and kept it safe,

but it's cawing and clawing now,

what must I do?

of his wagon-breaking gun running

I should spend the night

under the bridge, the black wide stream,

streetlights from the regime

of the last government,

and biscuits with her;

the man shook me, and told

he didn't drink from the tap

for over two months,

he knew a buddy who'd dumped a body

and it was rotting the whole time

I drank all of it, the dead man's juice

I've been drinking it day and night!

and tomorrow there'll be light

you'll take a train, and leave that bag behind,

and in a heavy metal body through the

brought me back to my head in the usual

my grandpa is playing football

they don't have spiked boots-

and those who do

but he could never play football again.

my mother is crying,

he's motionless, on a white bed

wrapped in flowers and plastic

at the curb outside his own doorstep.

The best gift I had

I'd kept it somewhere

the surface of the floor;

ships sleep down below;

The Himalayas yawn and swallow

on the backs of dolphins

and spit them dead cold out in snow;

look up at the evening,

and I met him,

born again, whom I walked with in Egypt.

In Babylon whom I was beside,

on the roadside of Sinope,

Love I never had walks down

by the banks of Ganges,

her master's voice is quiet.